There was a time when Tim Bradburn tried to punch his weight as an amateur boxer.

“That didn’t turn out so well,” he admits. “But I then discovered I liked the fight in law, and I also wanted to help build things.”

That combination has helped Bradburn strike gold as the general counsel for IAMGOLD Corp., the Canadian mining company embarking on a project that’s both close to home and enormously lucrative. 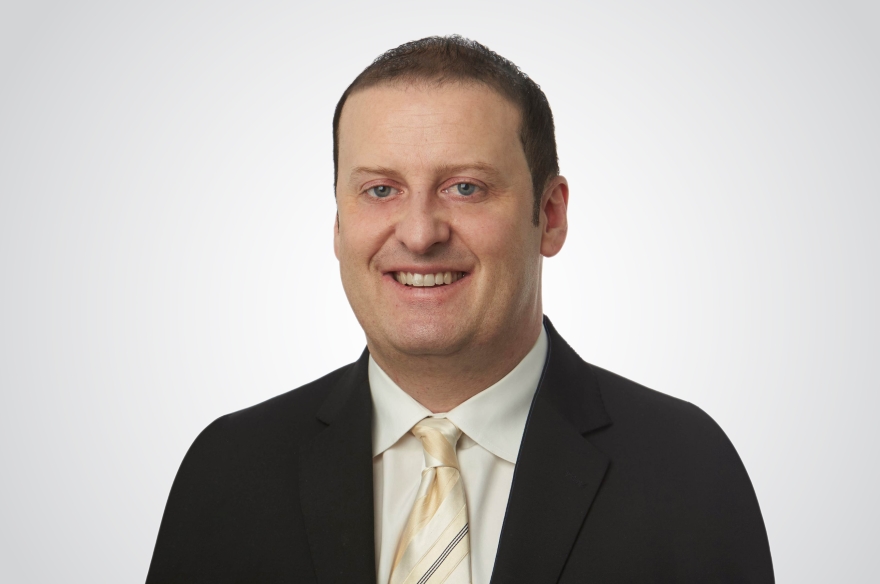 No one is likely to find Bradburn with a pickaxe and sluice box working a claim at the Côté Gold project in Ontario. It’s the legal prospecting he’s helping guide for IAMGOLD while working to ensure the rights and opportunities of the Indigenous population are honored.

“It’s the right thing to do because they were first on the land,” Bradburn says. “Indigenous agreements are crucial. You need the buy-in because site access and development may become difficult without it, and the benefits to the local communities have to be formally honored.”

According to an IAMGOLD fact sheet, there’s gold in them there Côté Gold reserves—proven and probable reserves of 7.3 million ounces in a mine with a life expectancy of at least 18 years.

The company acquired Côté Gold in 2012, the same year it acquired Trelawney Mining and Exploration, and is partnering with Japan’s Sumitomo Metal Mining on the project. Construction began in September 2020 and full-scale mining is slated to begin in the second half of 2023.

Founded 30 years ago in 1991, IAMGOLD is no newcomer to mining. But until the Côté Gold project, its mining operations were concentrated in South America and Africa. So not only will the project boost the company’s annual production to more than one million ounces, it’s also significantly closer to the company’s Toronto headquarters. 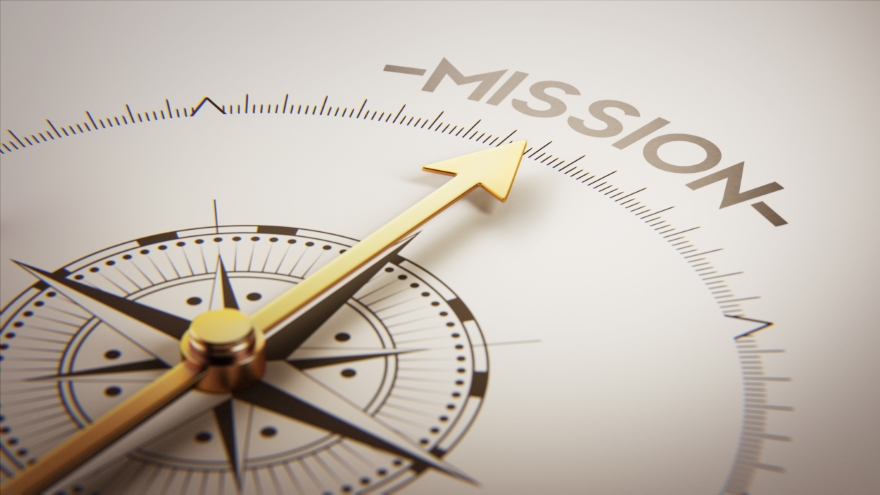 The Côté Gold project will also lower IAMGOLD’s production costs, even though a glance at a map of Ontario could lead one to think Côté Gold is out in the middle of nowhere. The closest town is Gogama, population 300 or so, about 12 miles away. The larger city of Sudbury is about 125 miles south. But the remote acreage is still home to a lot of people, and before anyone started digging, Bradburn worked with colleagues to draw up the agreements with local Indigenous populations to share the potential wealth of the venture.

Included in the impact benefit agreements are upfront and ongoing payments, hiring preferences where possible and job training to help create sustainable skill sets, he explains. Overall, Côté Gold is expected to generate 1,000 local jobs during construction, 450 jobs while in operation and $10 billion ($7.9 billion U.S.) in economic activity.

“No matter where in the world you are working, you learn that social, local community acceptance of your activities is as important as formal legal license,” Bradburn says.

He helped draft the working agreement with Sumitomo Metal Mining, the Japanese partner company, and negotiated other commercial agreements. It’s a part of the job he enjoys, in addition to working to ensure IAMGOLD adheres to and advances its trademarked “Zero Harm” approach to its environmental, social and governance criteria.

From protecting waterways, fish and wildlife habitats at Côté Gold to building hybrid solar and fuel power plants at its mines in Burkina Faso in Africa and Suriname in South America to reducing its carbon footprint, IAMGOLD embraces sustainability in its worldwide activities, Bradburn says.

During the COVID-19 pandemic, the company has provided additional financial support to the communities where it operates in South America and Africa to help in prevention and containment. At Côté Gold, additional rooms and facilities at camp have been built to ensure adequate social distancing and strict screening protocols have been implemented, including antigen testing.

Ready for the next deal

A native of Toronto, he jokes he got into boxing because he couldn’t skate, but as his father was a prominent attorney, a legal career was always a consideration.

After earning his degree in psychology from York University, Bradburn earned his JD from Osgoode Hall Law School and took an interest in corporate and securities law. In August 2002, early in his legal career, he joined the Ontario Securities Commission. 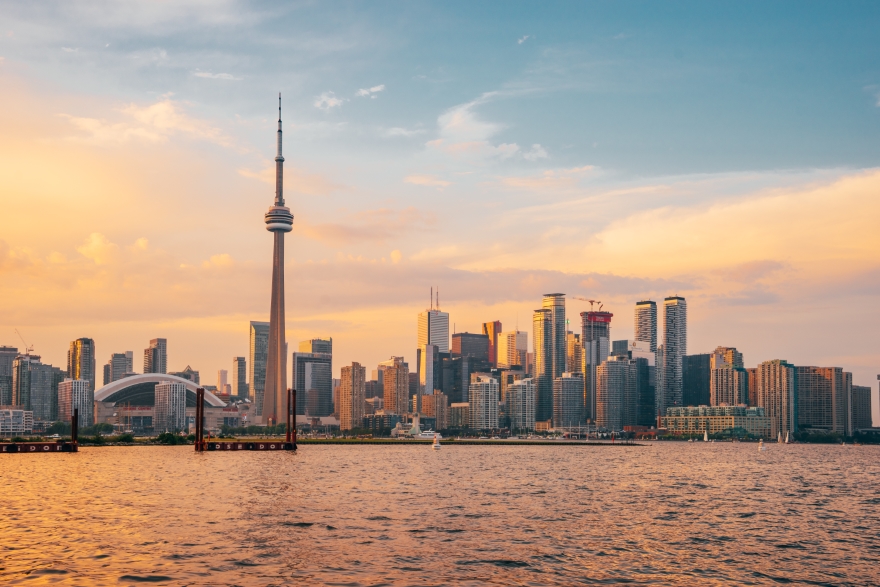 His two years there further fueled his interest in securities law and public corporations, he recalls, and he carried that interest into the private sector when he became counsel at Dundee Securities Corp. in February 2004.

Even so, when approached by IAMGOLD, Bradburn says he had no idea how much he’d like working in the mining industry and had to take a crash course in the methods, processes and jargon when he joined.

“Mining is a natural fit for me because I love collaboration and building,” he says. “There are two methods to building a company like IAMGOLD—through M&A or organically, which is where IAMGOLD is headed with its pipeline of assets, including Côté Gold.”

It’s rewarding, but not always easy, he concedes.

“It’s exciting to have Côté Gold in our own backyard,” Bradburn says. “So much of our exploration, development and operations have been in distant places because it’s where the resources have been. Personally, it’s been a heck of journey. The sometimes sleepless nights are easy when you love what you do, who you work with and who you’re doing it for.” 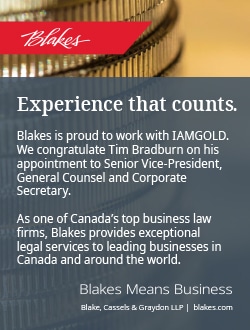 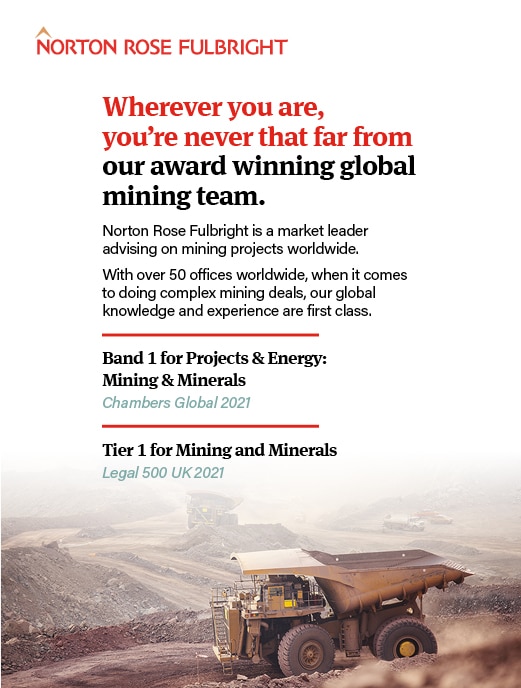 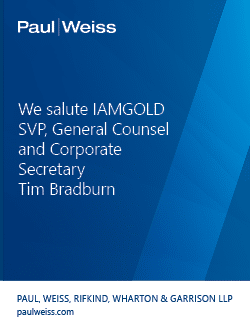