The job of a Lifetime: defending the brand’s IP

Remember when a woman sued Coca-Cola after being hit in the eye with a Sprite bottle cap after she dropped the drink on the ground? Tim Schade certainly does. Specifically, he remembers thinking it wasn’t the company’s fault—that the bottled dropped and became pressurized, or that the cap shot off and struck the woman when she tried to open it.

While far from his only inspiration, Schade cites the story as one of the reasons he decided to go to law school—where he’d learn how to defend companies from attacks on all fronts. And throughout the entire legal career that followed, it’s exactly what Schade has done. 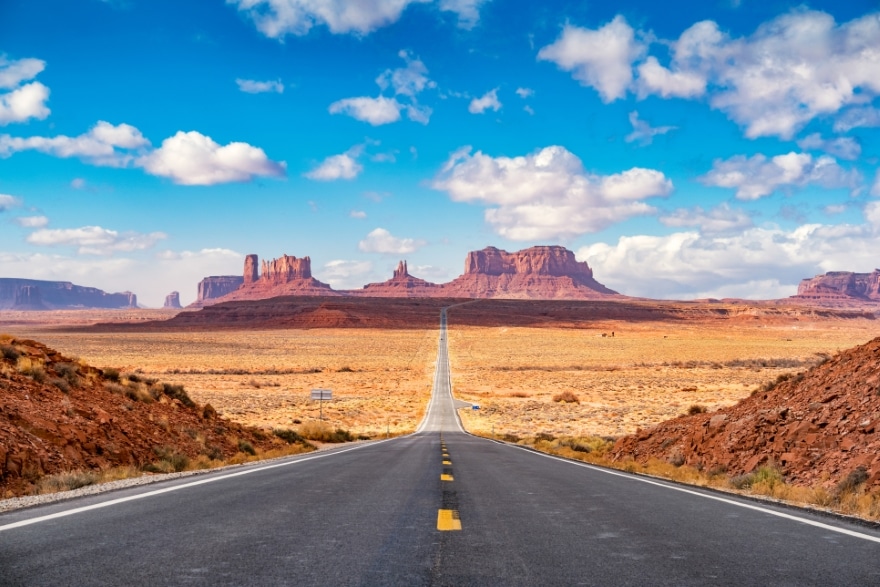 As its general counsel for the past 14 years, he has been representing Utah-based Lifetime Products in litigation—while protecting its valuable intellectual property.

“We’re willing to get our hands dirty, and we also think outside the box,” Schade tells Vanguard on a spring day in Utah.

Since joining Lifetime in 2007—a global manufacturer of recreational and lifestyle-enhancing consumer products—Schade has aided the company in everything from intellectual property to product liability, with a focus on patents and litigation.

In 2011, he was at the fore when a Chinese company infringed on Lifetime Products’ trademark. Using outside counsel and local authorities, Schade helped coordinate a customs raid in China, as well as a property seizure in the Philippines.

As he explains, about 90 percent of Lifetime products made in China are manufactured in company-owned factories, while the third-party facilities that make other products have proved largely reliable. Though counterfeit products are rarely discovered—and proving patent infringement often requires more than a little luck—Schade and his team never let their guard down.

“We regularly attend a large trade fair in southern China for the sole purpose of looking for our stuff and to get a feel for who’s making what,” Schade says.

As the largest manufacturer of tables and chairs in the world, features patented by Lifetime are sometimes found in other products. But there’s no patent police, so Schade and his team of two (both non-lawyers) do the work themselves.

“There’s plenty of stuff that we don’t catch, because we can’t chase everybody,” he says.

Kayaks and tables and chairs, oh my

When he’s not pursuing potential patent infringements, Schade is busy supporting the construction of a new facility being built to meet the increased demand for Lifetime products: tables and chairs, outdoor recreational equipment, basketball hoop systems—just to name a few. 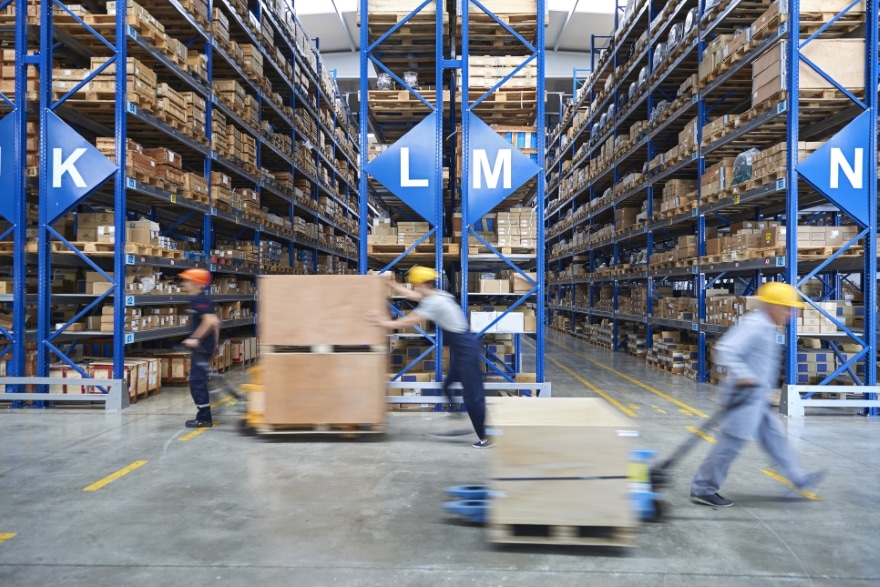 Currently, the company has a 30-building distribution center on the site of a former Navy depot. And while the facilities are well-built, at around 120,000 square feet each, a truck must go from building to building to load up before hitting the road.

At 670,000 square feet with 85 truck bays, Schade says the new facility will take Lifetime to the next level.

“The new building will consolidate almost all of our finished goods under one roof and will get our trucks rolling as quickly as possible,” he says.

Additionally, Schade is working on a new IP management solution to help better understand the company’s intellectual property. Lifetime’s new system will put is IP assets in one place and allow Schade and others to analyze patent data and patent applications.

This, he says, will enable the business to keep the most valuable assets and abandon those that aren’t contributing to the bottom line. In all, it’s a dream come true.

For as long as he can remember, Schade wanted to be a lawyer. After graduating from Weber State University with a degree in economics—a subject he felt would help his critical thinking skills—he earned his JD at Brigham Young University’s J. Reuben Clark Law School in 1999.

After graduating, Schade was a business litigator at Locke Lord in Chicago for two years and spent more than five years in commercial litigation for Snell and Wilmer in Salt Lake City. He joined Lifetime in 2007—and hasn’t looked back.

“I always wanted to be a law firm attorney, but on a whim, I saw a job opening for Lifetime and threw my hat in the ring,” Schade says. 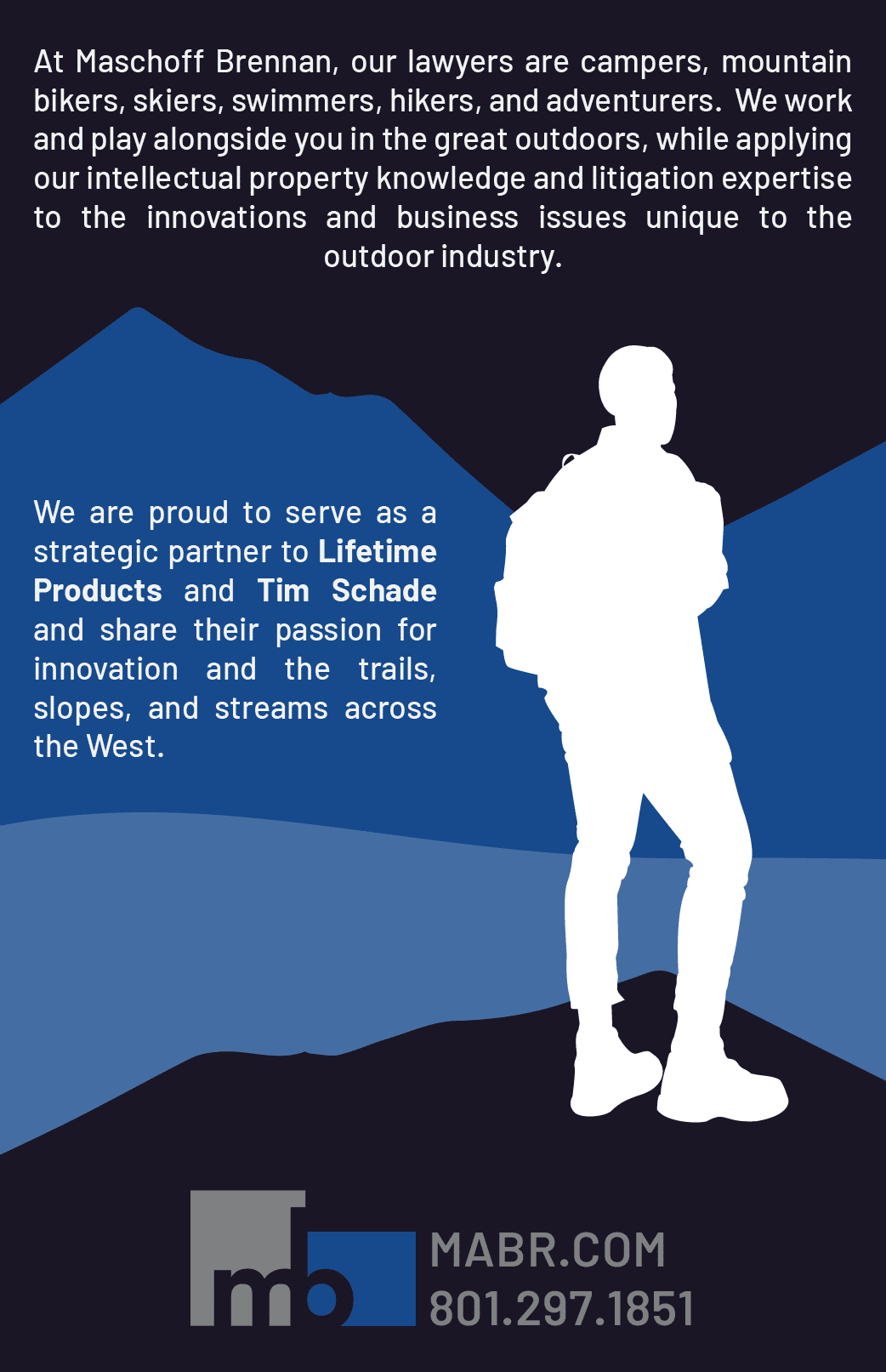 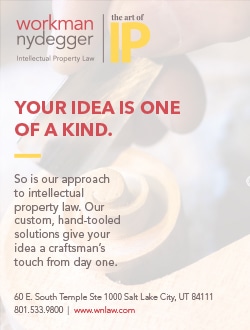