We all try to balance work life and home life, and there are those who achieve that balance by bringing family values into the workplace. 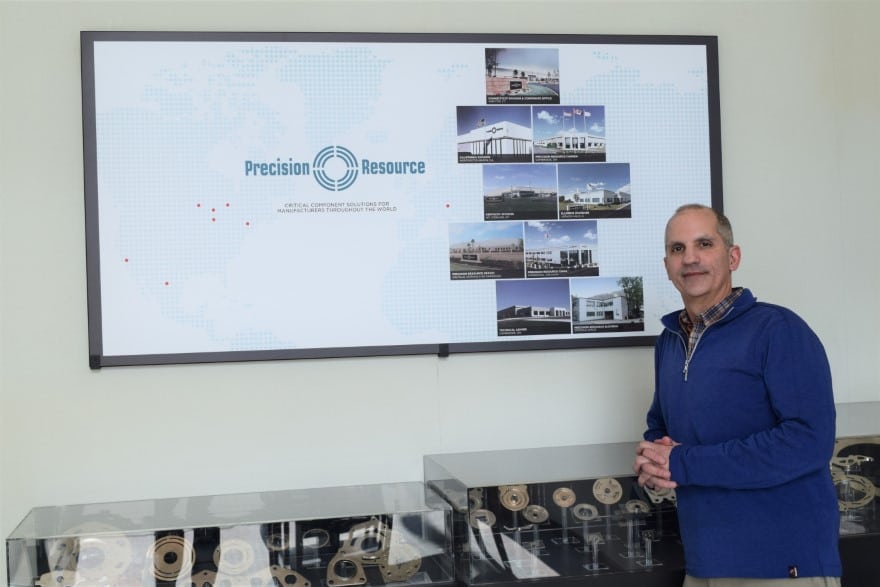 “Everything I do is for my family,” says Tristine. “But Precision Resource is an extension of that family. When I make decisions on behalf of the company, I’m thinking of our employees and their families. I don’t take that responsibility lightly.”

Perhaps as befits someone who’s made all his career decisions guided by consideration of family, it isn’t surprising that Tristine ended up in a family-owned company. As with any good family story, this one begins with mom.

Tristine’s mother convinced him to go to law school, where, at UCLA, he became interested in contractual law—particularly in the art of negotiating and putting two parties together. 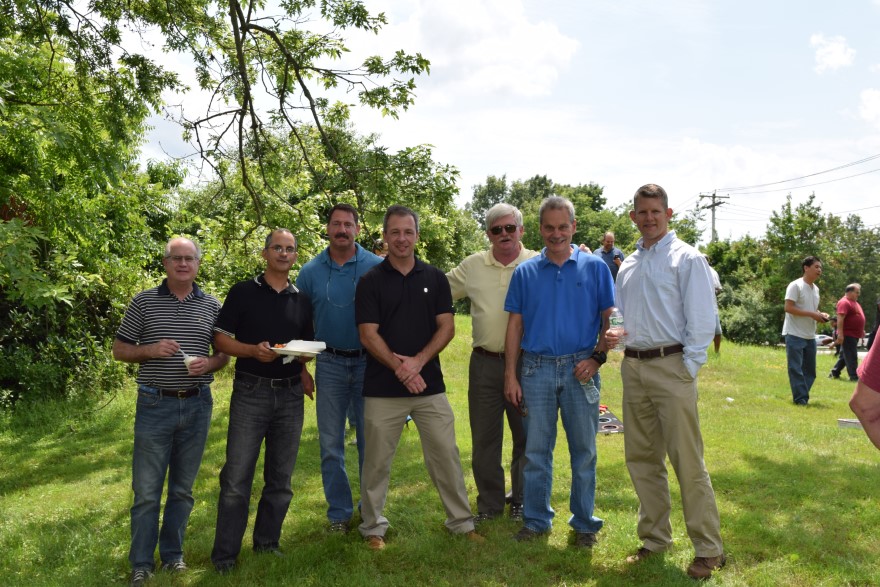 He always knew family was important to him, so after law school Tristine decided to forego big city law and instead returned to his hometown in Shelton, Connecticut. While it was his mother that interested him in law, it was his father who suggested his first legal job. The elder Tristine had relied on the firm Wiggin & Dana as outside counsel for his work, so he thought they would be a good fit for him.

“It was a good combination of legal training with a global-level firm, but it was also a hometown firm where I had a lot of opportunities without the hyper competitiveness,” Tristine says.

In the six-plus years Tristine spent with Wiggin & Dana, his practice focused on M&A, commercial issues and corporate governance.  He became a sort of outside general counsel to several clients, which would prove to be good training for his next role.

When he reached a point where he could choose to become a partner, Tristine realized he had a choice to make: to continue in a law firm or go in-house. In thinking about it, he was attracted to manufacturing because, as he put it, “they make things. The product I make is words. It was a little unsatisfactory having such an intangible product.”

As luck would have it, as he was considering a career change, he got a call from Peter Wolcott, the CEO of Precision Resource, one of his manufacturing clients. 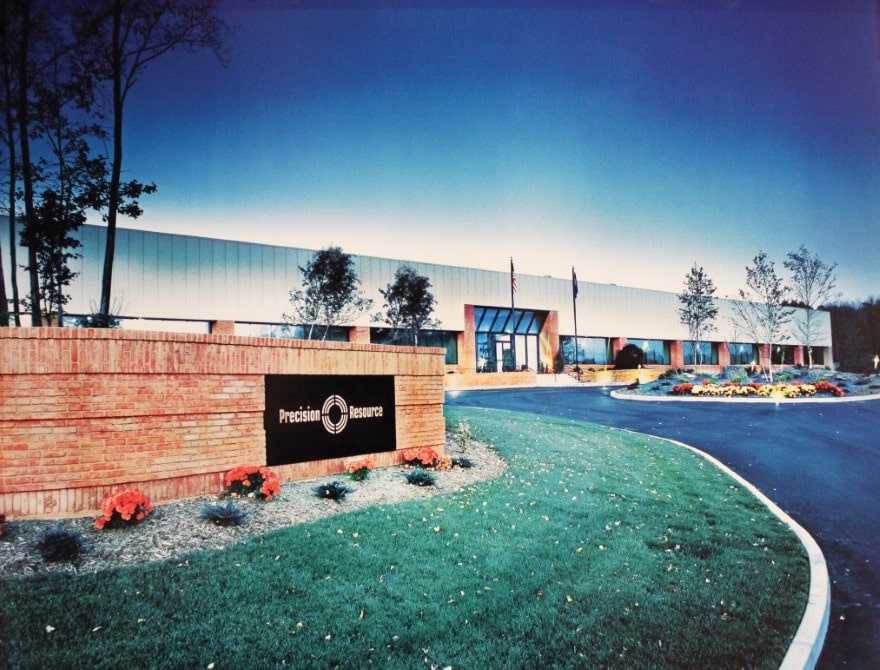 Back in 1999, the founder of Precision Resource (Wolcott’s grandfather) had passed away and the company was undergoing a major reorganization. It was a big moment for the company, and they appreciated the work he had done. So now, they asked him to come in-house.

Tristine knew they were a financially and ethically stable company and that was critical to his decision to move. He was also interested by the niche technology of fineblanking. But what really sold him was the family culture and the people he had worked with at the company.

“When you already know someone, it makes it easier,” Tristine says. “I knew they were good people, people of integrity. Hopefully they saw the same in me. So, it’s been a good fit.”

Perhaps it wasn’t coincidence that Precision Resource is headquartered in his old hometown of Shelton.

A privately held, family-owned manufacturer with production facilities in the U.S., Canada, Mexico, Slovenia and China, Precision Resource provides manufacturing solutions throughout the world, specializing in the process of fineblanking, a type of specialty metal stamping that can achieve part characteristics such as flatness in a way that conventional metal cutting or punching processes can’t match.

“Because it’s so precise, blanks that come out of the press are already to such dimensions of flatness, and very tight geometrical tolerances, it reduces the need for secondary machining,” Tristine says. “It’s a much more precise part, right out of the press.” 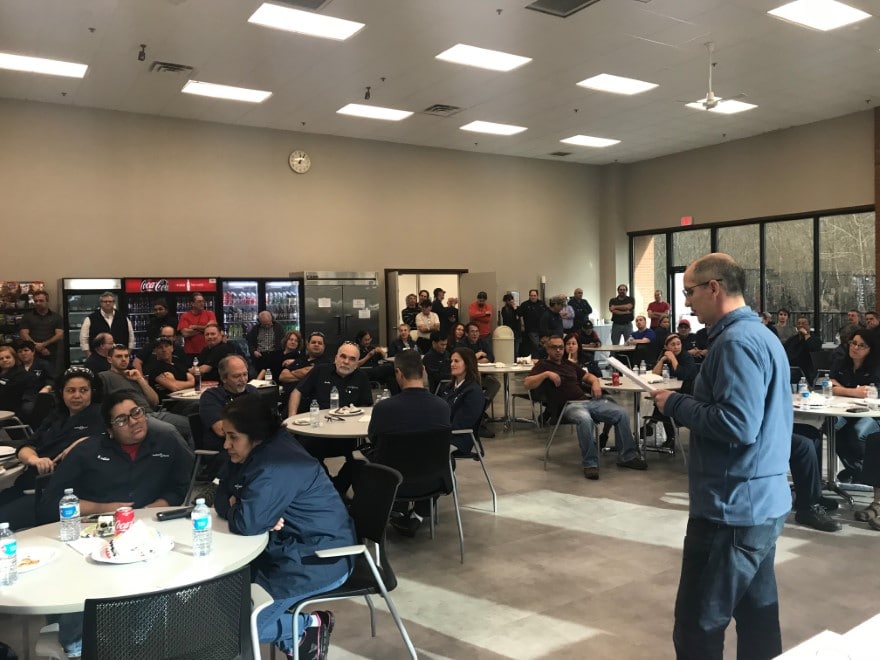 While that’s the bulk of its revenue, the company has sizable sales to the industrial equipment, tool and hardware manufacturers, and heavy-duty manufacturers like John Deere and Caterpillar.

With each new program Precision wins, there comes a lot of contractual paperwork that lands on Tristine’s desk.

At the time Wolcott asked Tristine to come onboard, Precision Resource was dealing with a lot of one-sided agreements from customers and needed an in-house lawyer to help negotiate those contracts. What Tristine quickly identified was that they needed more than that—they  needed to restructure their own terms and conditions, set up a process for dealing with customer purchase order terms and conditions, and identify the key negotiating points.

While there’s little registered IP involved, that doesn’t mean there aren’t processes Tristine needs to protect. “We are very careful about protecting our technical know-how,” he says. “Our ability to solve complex customer problems with technical solutions is an important competitive advantage.” 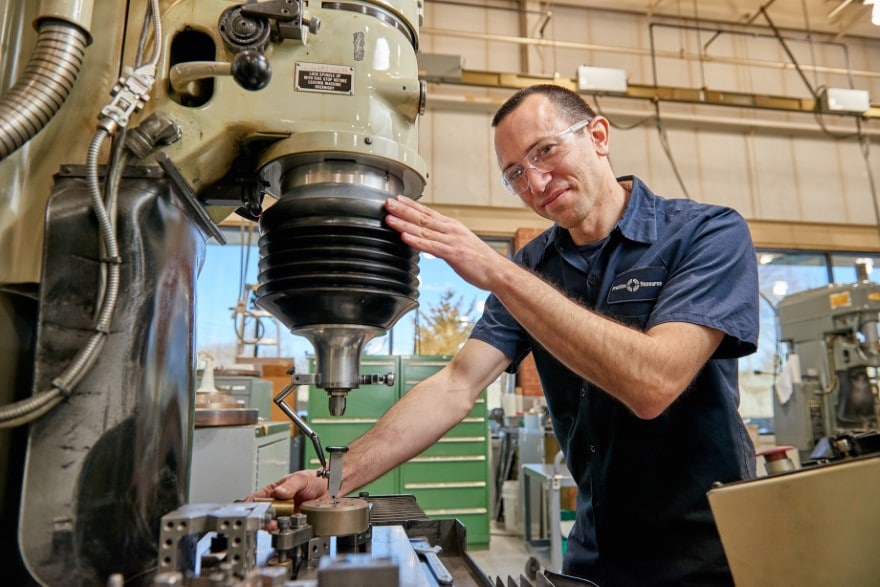 Another big issue is warranty and liability. “Everyone wants to be protected if something goes wrong,” says Tristine. “Yeah, we spend a lot of time on that.”

But whatever he is negotiating, his style befits the family culture. “We’re firm but fair,” he says. “We protect ourselves but we try to be reasonable and respectful at every turn. It’s the right way to do business.”

In addition to his legal duties, Wolcott asked Tristine to handle HR.

“His thinking was that he wanted someone who understood both the legal and human side of an employee issue to resolve claims fairly and respectfully before they got serious. It’s been successful so far,” Tristine says, rapping his knuckles on a wood desk. “We very rarely get any kind of discrimination claims.”

But HR was something he had to learn. He knew right where to turn – his old law firm, Wiggin & Dana. “They couldn’t have been more helpful, even though helping me get up and running meant a lot less work for them in the long run.” 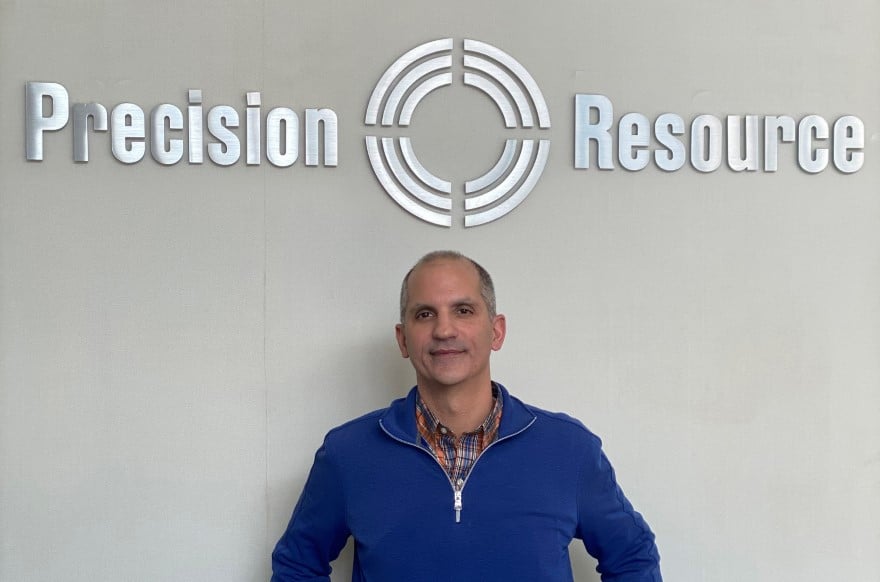 That’s the kind of partner that Precision Resource respects and stays loyal to. “It’s like they’re part of the family, too,” says Tristine.

With good results, “from there it became everything,” Tristine says, including planning and setting up new locations in Mexico and China, acquisitions in Canada and Slovenia, bank and bond deals, and litigation management.

On a recent day, he was reviewing a government contract for a Canadian grant, reviewing an employee claim and studying GDPR policies. Most recently, he has been extremely busy leading the company’s response to the coronavirus outbreak.

“I do whatever needs to be done,” he said, adding, “I don’t think the CEO realized the extent to which he would be able to use his in-house lawyer.” 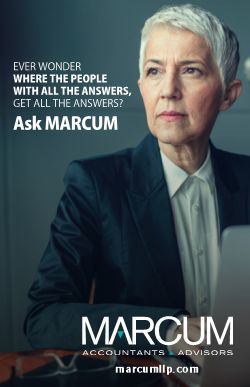 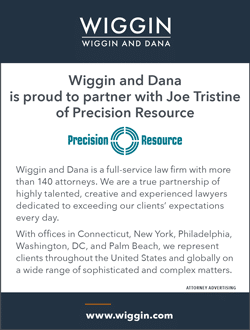