Climbing to the pinnacle

It was 2014, and for 35-year-old Uche Ndumele, life felt pretty close to perfect. He and his wife, Annie, had grown enamored with New York City. His employer, the online services giant AOL, was proving the perfect outlet for his bourgeoning securities and corporate governance expertise. For someone who’d always worn his aversion to change like a badge, the world seemed stable—even predictable.

Leave it to a $3 billion food company—and the 2013 winner of Inc. Magazine’s “World’s Coolest Office” award—to throw a wrench in it all. 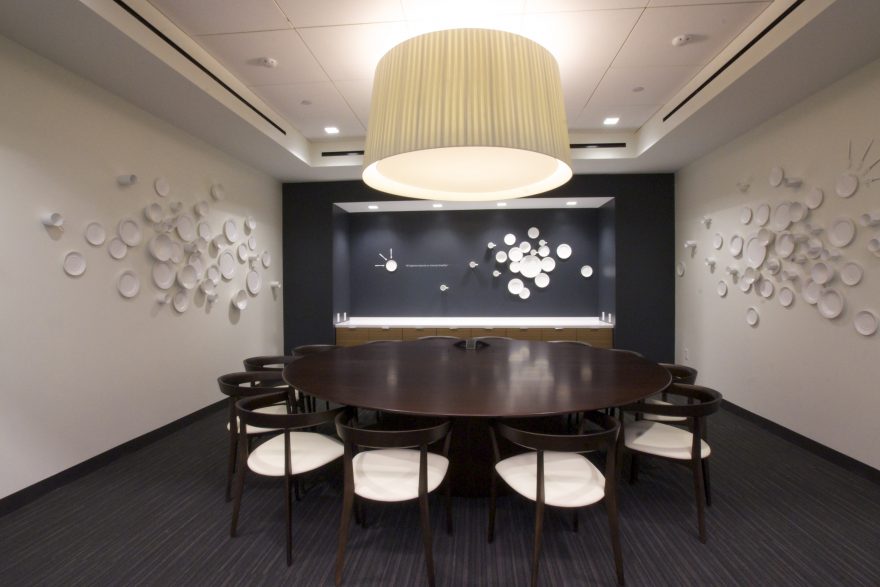 “When you’re 10 years into your career, opportunities to reinvent yourself are pretty rare,” says Ndumele, who became associate general counsel at Pinnacle Foods in 2014, following a month-long courtship. “There aren’t too many employers willing to give you the chance to reinvent yourself. But Pinnacle offered me the opportunity to expand my legal repertoire by tackling new subject matter. They gave a relatively new driver keys to a vintage car.”

Getting on the highway

Turns out, it was also a very powerful car, featuring a brand portfolio that included dozens of household names: Birds Eye, Duncan Hines, Vlasic and Wish-Bone, just to name a few.

Given Pinnacle’s status as a publicly-traded company, Ndumele focused first on what he knew best: securities law, corporate governance and compliance.

Still, leaving a tech company for a completely new industry wasn’t without its challenges and added responsibilities—or a near-vertical learning curve.

Shortly after arriving at Pinnacle, Ndumele broadened his focus to include regulatory affairs, employment and labor matters, and privacy, in addition to providing general corporate representation for a number of Pinnacle’s different brands. 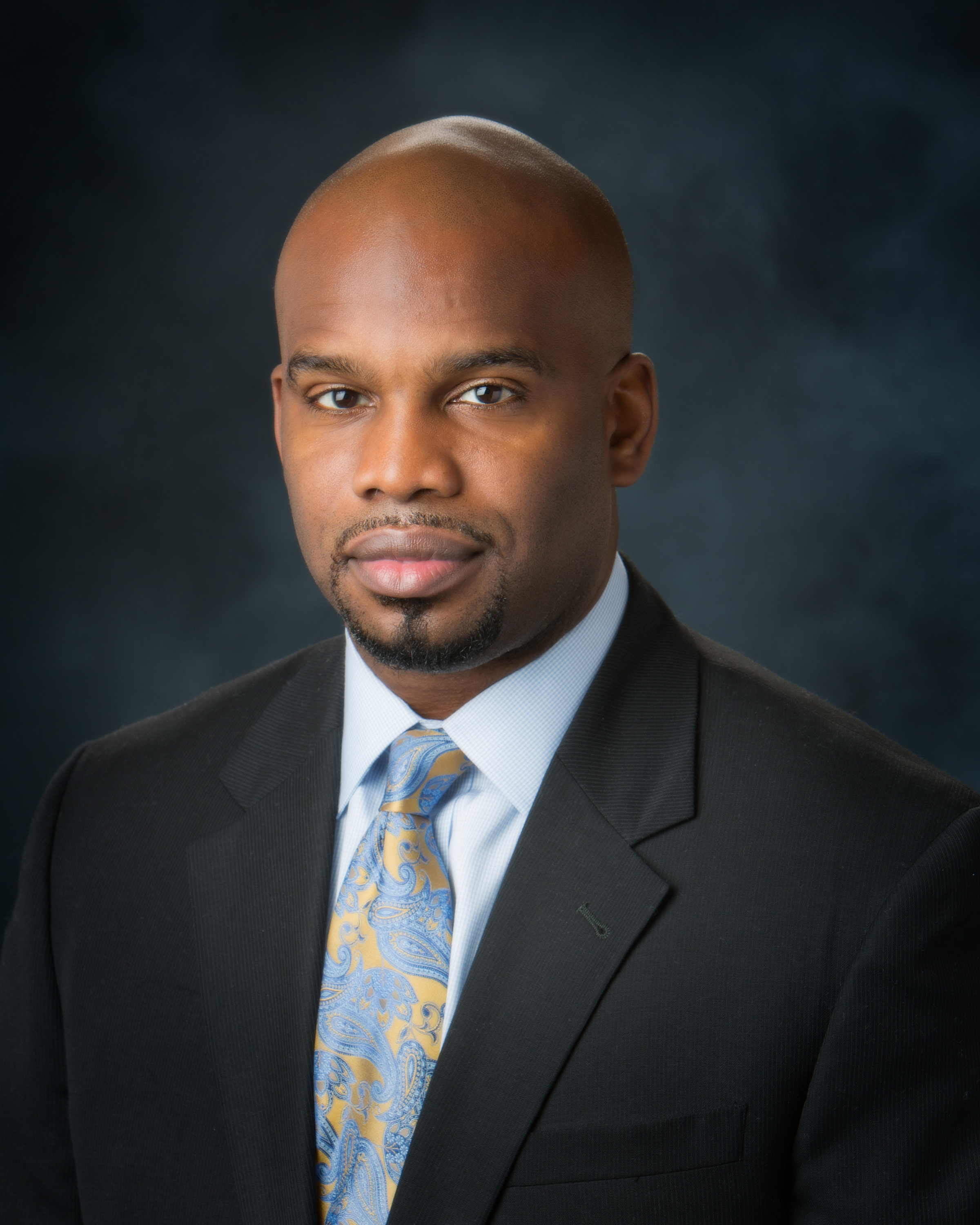 Additionally, while mergers and acquisitions was part of Ndumele’s skillset, his deal expertise was elevated after working on a series of acquisitions conducted by Pinnacle, which acquired Gardein, a meatless food purveyor, in 2014 for $154 million.

That transaction was followed in January 2016 by Pinnacle’s addition of Boulder Brands. That deal, valued at just under $1 billion, involved the acquisition of a public company and the integration of a health and wellness company.

Then, this past June, global packaged food giant Conagra agreed to acquire Pinnacle for $11 billion.

For Ndumele, being on the other side of the acquisition equation demanded a slightly different focus.

“When you’re the controlling entity, the focus is on finding ways to bolster the business and increase market share, so you look for brands that help you fill those gaps,” Ndumele explains. “When you’re being acquired, your first concern is protecting shareholders and employees, and making sure the transition is smooth.”

That ability to adapt and learn new things has always been more than just an important skill. For Ndumele, they’re a way of life—and very much the family business.

The son of Nigerian immigrants who came to the United States in 1976, Ndumele and his two brothers learned early—and often—to take nothing for granted as their family established a new life in the U.S.

In 1985, Eric and Patience Ndumele launched a home health care business, utilizing their training and background in nursing. Over time, the venture proved a successful one, though the sacrifices required weren’t lost on the three young boys.

“Our parents’ work ethic resonated with all three of us,” Ndumele reflects. “That was something we wanted to respect and honor by making sure we could build on their successes by excelling in our own professional ventures.”

The blueprint clearly made an impact. Ndumele’s older brother, Chiadi, is an academic cardiologist at Johns Hopkins University; while his younger brother, Chima, is a public health professor at Yale University.

Uche, meanwhile, graduated from Villanova University in 2001 with a degree in political science. During his junior year, he completed a criminal justice internship at Georgetown University, sparking a desire to learn more about the law in general, and the various legal paths that could be explored.

After Villanova it was on to Cornell Law School, where Ndumele received his J.D. in 2004. During a summer internship in 2003, Ndumele became enamored with securities law and corporate governance.

“Working with various public companies afforded me the opportunity to understand what boards of directors were focused on,” he recalls. “It helped me navigate through various legal risks and uncertainties, and allowed me to be a part of a company’s strategic initiatives.” 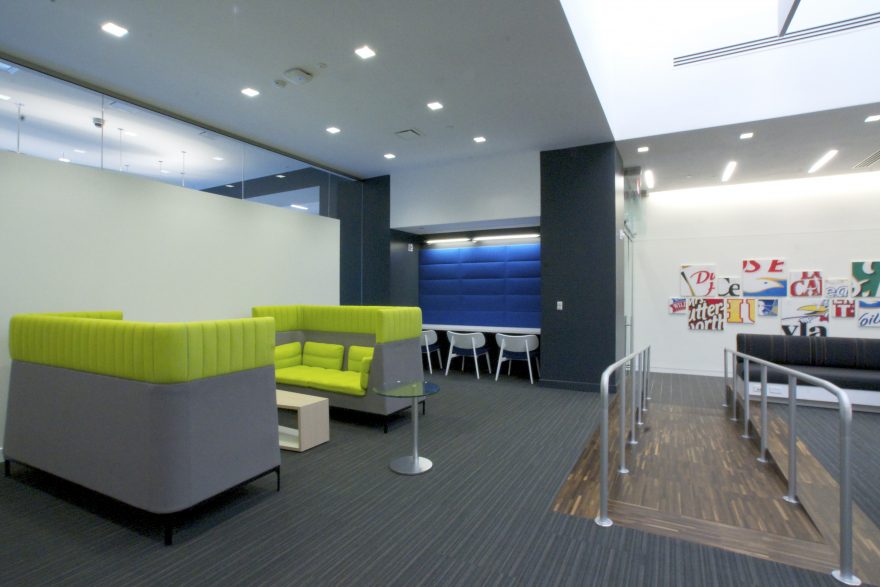 He then spent the next six years as an associate for a pair of New York City law firms: Thelen Reid Brown Raysman & Steiner and, beginning in 2005, K&L Gates.

Toward the end of 2009, Ndumele increasingly desired to be more aligned with business, strategy and broadening his areas of expertise.

“I knew I wanted to grow personally and professionally,” he says. “I knew going in-house would provide me with opportunities to learn more about the intersection of business and law and it would give me a chance to build meaningful relationships.”

In AOL, Ndumele found a company that shared his desire for reinvention. Over the next four years, his expertise in compliance and corporate governance grew substantially. By 2014, he was certain he’d found his calling—and a workplace he was proud to call home.

When representatives of Pinnacle reached out to him later that year, Ndumele was reticent. In the end, the opportunity was too exciting to pass up.

Looking back, Ndumele cites a number of factors that have contributed to his rapid rise through the corporate ranks. He talks about the countless talented individuals he has had the pleasure of working with across many different functions and levels. He also mentions the variety of projects and initiatives that taught him the importance of interpersonal and leadership skills; about how he’s never shied away from tackling new issues or taking on new responsibilities.

The most glowing words, however, are always reserved for family.

“My wife has been my biggest supporter and she motivates me to be better every day. My 20-month-old son, Miles, has taught me a lot about patience and calm in the midst of turmoil, and I can’t thank them enough for being an incredible support system,” Ndumele says. “When you have the foundation I’ve had, you’re always being encouraged to spend time developing your craft, both in and out of the office.”

Four years after taking his biggest professional plunge, the surroundings can at times feel uncharted. But if there’s one thing his parents’ journey taught him, it’s that the longer you stay afloat and learn the currents—the heightened responsibility, the freedom to grow—the easier it is to navigate the changing waters.

Within reason, of course.

“Believe me, there are only so many surprises I can take,” Ndumele says with a self-effacing laugh. “Attorneys tend not to like surprises. But there’s a variety and diversity to this role that I’ve really come to embrace. I encourage others to push the limits, actively look to tackle new challenges and realize that they are equipped to handle the uncertainty that comes with new opportunities.” 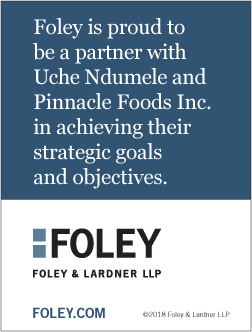 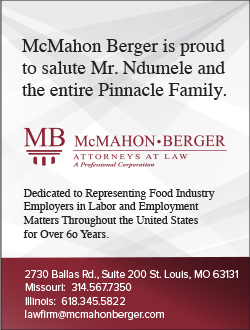 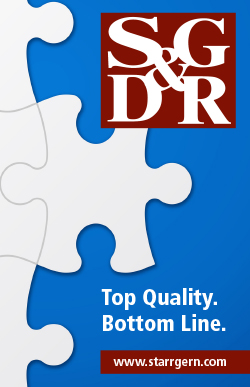