Many bets are off during the pandemic

Like any athlete looking for a competitive edge, it was all about positioning. The U.S. was not the only nation that did not allow wagering on many sports, but it was one of the largest, thanks to the federal Professional and Amateur Sports Protection Act passed in 1992. 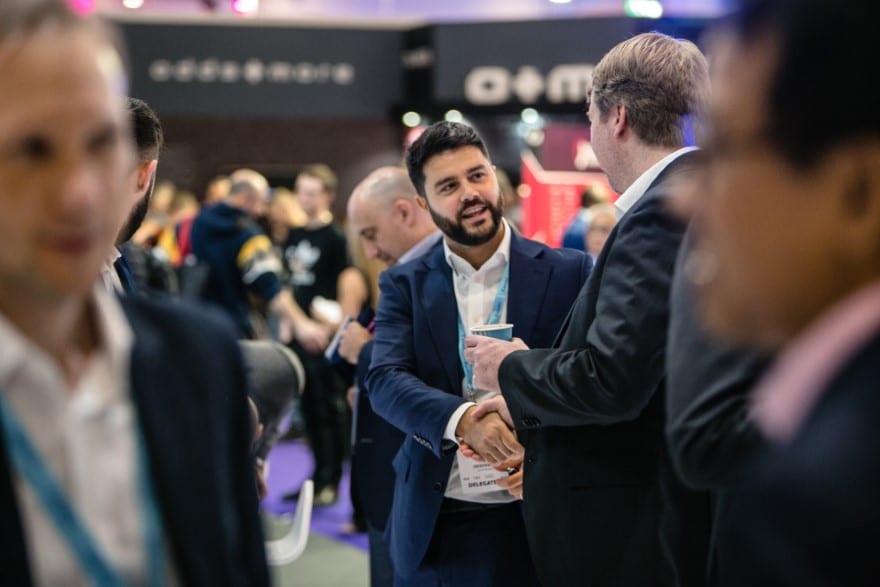 But as casino gambling grew and online fantasy leagues gained in popularity, a challenge to PASPA was inevitable. At Kambi, which provides sports betting technology to gaming partners all over the world, Tommaso Di Chio was among those who noticed a suit filed by the state of New Jersey to strike down the law, which headed to the highest court in the land in 2017.

Then a senior legal and regulatory counsel, Di Chio helped position Kambi in the event New Jersey’s suit was successful. The bet paid off when PASPA was ruled unconstitutional by the U.S. Supreme Court in May 2018, allowing states to license and regulate betting on sports as they saw fit.

“We put a great deal of effort into our U.S. market preparations,” Di Chio recalls. “Before entering the market, we were confident that we had the perfect product to fit a brand-new need at the exact moment that U.S. operators demanded it.”

PASPA had prevented states from regulating sports betting beyond horse racing, dog racing or jai alai (a court-and-racket game) unless it was already allowed. Only four states were grandfathered: Nevada, Delaware, Montana and Oregon.

New Jersey was not the only state to introduce or pass a sports betting bill before PASPA was struck down, but it took nine years for the case to make its way from the U.S. District Court of the District of New Jersey to the U.S. Supreme Court, and the NCAA and major professional sports leagues all wanted the law to remain in place. 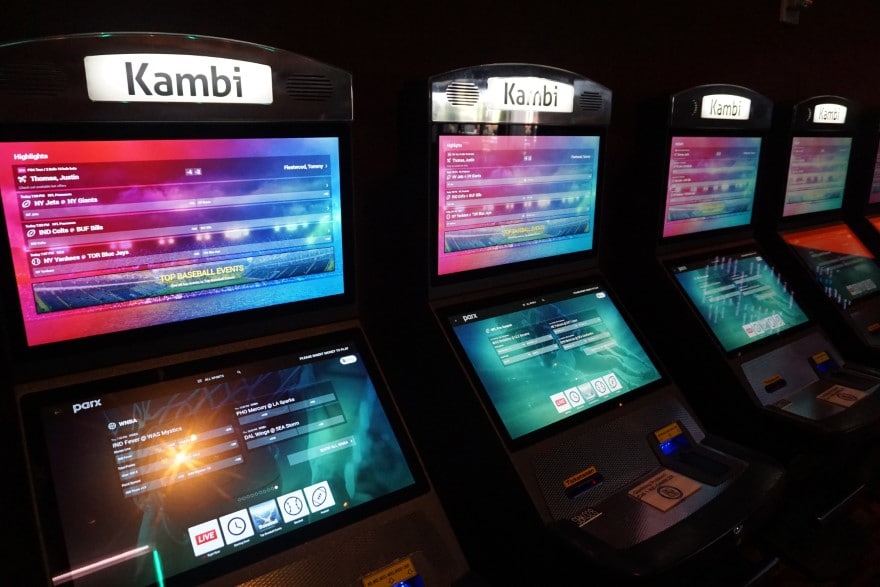 Following the Supreme Court decision, not every state has allowed online or on-property sports wagering, but those doors are opening. As of June 2020, 20 states had enacted new legislation allowing sports betting, eight states had pending bills and five had rejected legislation.

Kambi is the sportsbook partner to operators in 11 states, as well as some Native American reservations, teaming with companies to set odds and handle wagers. Working with DraftKings in New Jersey in 2018, it took the first legal online sports bet in the U.S. after PASPA was overturned. Kambi has since taken the first wagers in eight states, most recently in Illinois, Michigan and Colorado.

As the doors open, the revenue flows in. Since June 2018, according to Legal Sports Report, almost $22 billion has been wagered in the 20 states with legalized sports betting, generating $1.5 billion in revenue for sportsbook operations and $206 million in tax revenue.

The backbone for betting

But regulating sports betting in the U.S. is not a one size fits all proposition. Rules vary from state to state, so Di Chio and the company’s staff—including 32 in Kambi’s Philadelphia office—need to ensure local compliance while tailoring the platform and software to fit the needs of partners like Penn National Gaming, Rush Street Interactive and DraftKings.

Kambi’s suite of products is used in casinos and for online betting, Di Chio says, with the company setting odds, providing up-to-the-second wagering options on in-play games and working with its partners to effectively manage their risk and liabilities. 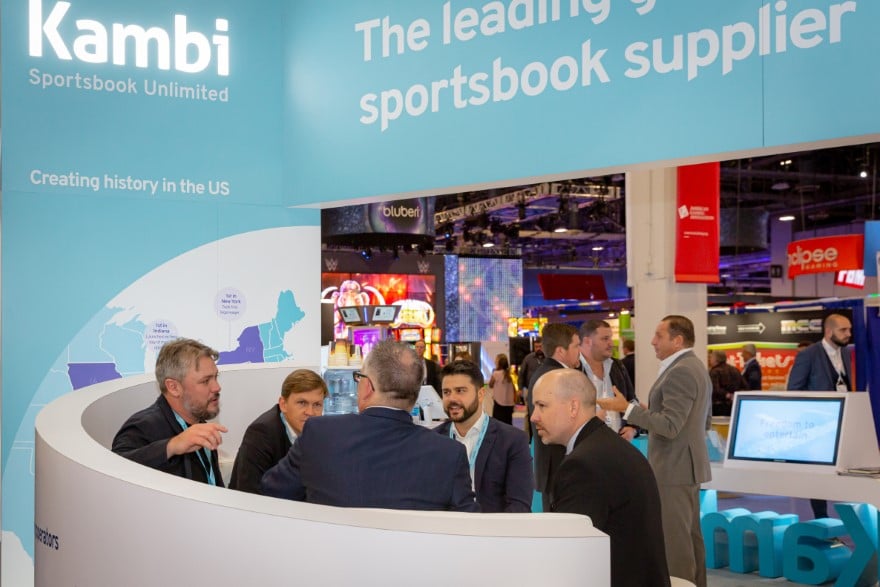 Because Kambi can set up wagering during events, Di Chio says it’s crucial to have an instantaneous and reliable data flow that’s closely monitored to ensure the integrity of the bets. The company also ensures integrity by collaborating with the International Betting Integrity Association as well as sports governing bodies.

“Kambi has an advantage because we can offer more options,” he says. “It required a significant tech development over many years. You have to map the data coming from the stadiums, and from there generate odds and manage liabilities at the same time to make sure you’re faster than someone trying to beat the system.”

But growth was tempered when the COVID-19 pandemic hit in the spring of 2020; it significantly slowed sports wagering and disrupted 70 leagues or sports. 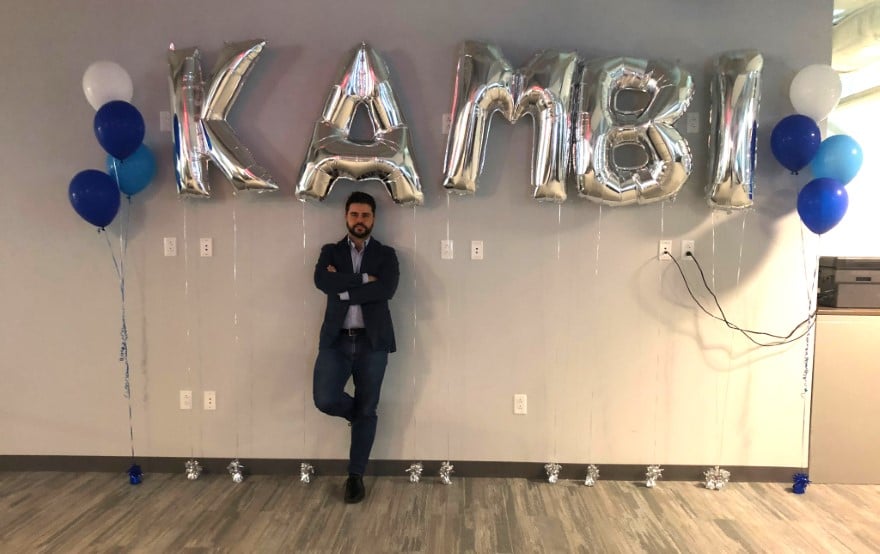 However, by late May, the baseball season had started in Korea, NASCAR resumed races, some soccer leagues were back on the pitch, and the NHL had set a framework for mid-summer, post-season play.

Di Chio also led industry efforts to collaborate with state gaming boards to expand what sporting events could be wagered on. Not only would it bring revenue to Kambi and its partners, it would also add tax revenue to states facing black holes in their funding. Sports such as table tennis, darts and esports were ramped up, and some soccer leagues and the Ultimate Fighting Championship resumed.

Despite the pandemic setbacks, Di Chio and Kambi are also providing industry leadership as presenters at remote gaming conferences scheduled across the U.S.

It was not a game of chance that brought Di Chio, a native of Italy, to Kambi. He earned a Bachelor’s degree in law from LUISS University in Rome in 2007, then continued his legal studies at the Université Libre de Bruxelles before earning a Master of International Law degree from Roma Tre University in 2010.

Following a four-year period in private practice, he earned a Master of Laws degree from Queen Mary University of London in 2014, and shortly after, Di Chio joined Kambi. 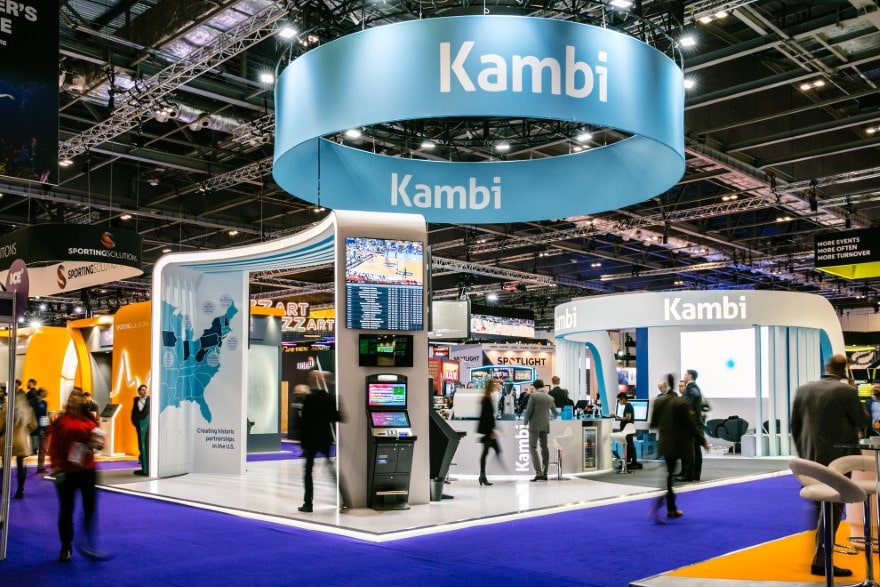 In his role as associate general counsel, Di Chio has played a critical role in helping Kambi expand globally by handling a wide variety of legal matters while working with governments, regulators, counsels, lobbyists and other operators in order to inform and guide future regulations.

“I chose Kambi because I recognized an extraordinary opportunity to work in a successful and fast-growing company with a dynamic and flexible working culture,” Di Chio says. “The company is software service-based which blends in nicely to my area of expertise and professional interests.” 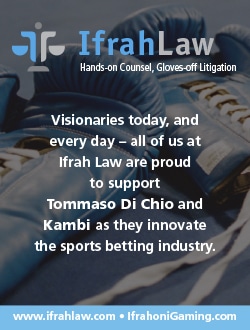 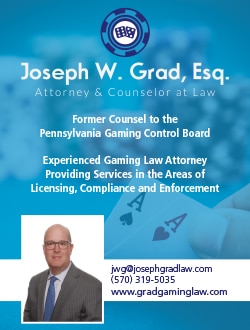