Call it a sign of the times. This past May, Sesame Street introduced a new character to its neighborhood: a bright green Muppet with bursting pigtails named Karli. Viewers learned early on that Karli had spent time in foster care. Recently, America learned why: Karli’s mother was in treatment for addiction.

Helping to mold the messaging of these tough topics for children was Jerry Moe, national director of children’s programming at Hazelden Betty Ford Foundation. Taking a supportive role for the writers at Sesame Workshop, he helped tell the tale and ensure Karli’s conversations with other Sesame Street characters rang true. 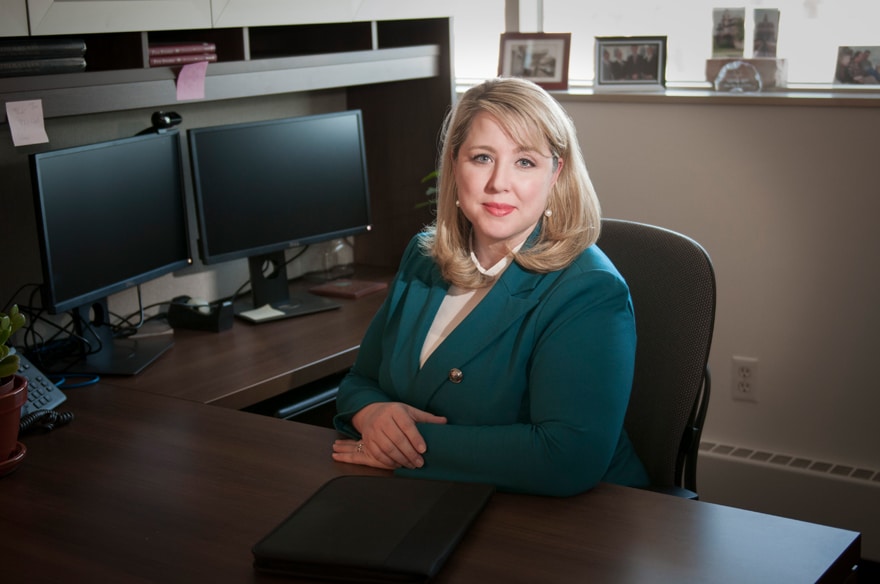 “Young children don’t have a language to even talk about an issue like addiction and yet, it affects millions of them,” says Jennifer Lohse, Hazelden Betty Ford’s vice president and general counsel. “Sesame Street, like us, is addressing head-on the reality that children of addiction need help and resources too, and we are proud to be part of their initiative.”

Childhood programming is just one of many ways the Minnesota-based nonprofit helps individuals and families heal from addiction.

Founded in 1949 on a 217-acre farmstead north of Minnesota’s Twin Cities, the Hazelden Foundation is celebrating its 70th anniversary this year. This year also marks six years since Hazelden joined forces with the Betty Ford Center in Rancho Mirage, California—a historic merger that just so happened to take place during Lohse’s first week on the job

“I didn’t have any time to get comfortable, but had amazing support from my CEO and fellow leaders, and it helped knowing how important the work was and how many lives our merged organization would impact,” Lohse reflects. “We are all very proud of how successful the merger has turned out to be for the organization and the people we serve.” 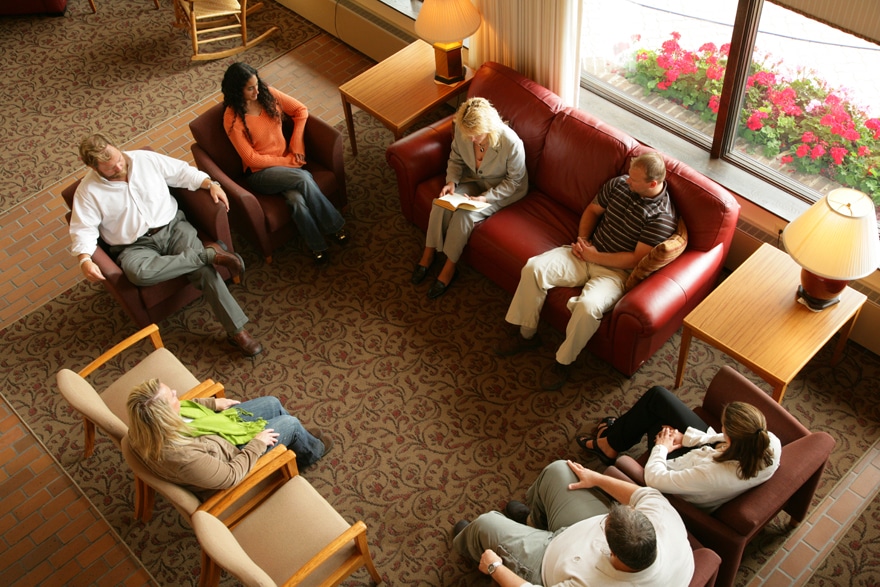 Hazelden Betty Ford provides the most comprehensive integrated addiction and mental health treatment services in the world, serving youth, adults and their families and collaborating with an expansive network throughout the health care sector. The organization also includes a graduate school of addiction studies, a publishing division, an addiction research center, recovery advocacy and thought leadership, professional and medical education programs, school-based prevention resources and its renowned Children’s Program.

“People don’t need a referral. They can pick up the phone and ask for an assessment,” Lohse says. “With multiple levels of care and the ability to engage patients over variable amounts of time, we will make an initial recommendation and then continue to assess and get patient feedback throughout the treatment experience.”

Leadership has always been a part of Hazelden Betty Ford’s DNA—particularly on the research front.

Exciting research projects today include collaborations with Mayo Clinic to identify genetic biomarkers that predict who will respond to certain addiction treatment medications, as well as partnerships with universities to mine millions of patient data points in search of patterns that might also help predict the best treatments according to a patient’s profile.

“We’ve been the tip of the spear in our industry and will always feel a responsibility to continue pushing ourselves and the field forward on behalf of those we serve,” Lohse says.

An ounce of prevention

The statistics are sobering to say the least: Since 1999, almost 800,000 Americans have died from drug overdoses, driven by a long, precipitous, sustained increase in opioid-related deaths, according to the Centers for Disease Control. That’s on top of nearly 90,000 who die annually from alcohol-related causes.

“Our bread and butter is treating people and helping them not only avoid death but establish lives where they can thrive in recovery,” Lohse says. “But to reduce the enormous impact addiction has on America even more, we also have to prevent more people from developing the disease in the first place. This ongoing public health crisis requires solutions from all angles.” 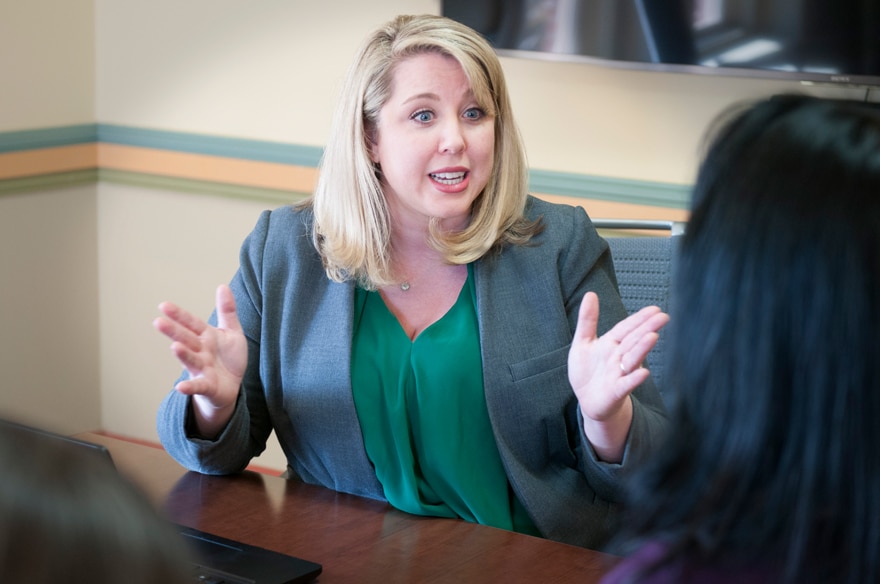 Hazelden Betty Ford offers a wide range of prevention solutions, including school-based curricula that it publishes with partners. The organization also operates a division called FCD Prevention Works, which has been providing school-based prevention services since 1977, helping healthy kids stay healthy around the world.

“Prevention is definitely a growing area for us,” Lohse says.

“These are the kinds of opportunities that make working at Hazelden Betty Ford extra special for me,” Lohse says. “We’re not just mission-driven, but people-driven. I probably get as much from the mentees as they do from me because in the end, we each get many opportunities to demonstrate that we care about each other, and that’s important.”

If anyone understands the value of mentorship, it’s Lohse.

Determined since childhood to pursue a medical career, she took the LSAT exam on the advice of her mentor, a school advisor, who thought she should pursue law. This small-town Minnesota native says she’s “eternally grateful” for the prodding because law proved to be a perfect fit.

Earning her bachelor’s degree in peace studies in 2000, Lohse followed that up with her law degree from the University of St. Thomas School of Law in 2005. There, she says the law school’s mission to reintegrate faith and reason into the practice of law resonated with her, especially given her undergraduate studies.

Still interested in the medical field, Lohse worked at the Center for Diagnostic Imaging while in law school. Upon graduation, she was offered a position as its first in-house legal counsel, later earning a promotion to general counsel, chief compliance officer and corporate secretary in 2010.

Lohse held the position as general counsel for almost four years before a recruiter approached her about pursuing the position with Hazelden Betty Ford.

“Hazelden had an amazing reputation as a community-oriented organization, which was in my field of interest,” she says. “After learning more about the life-changing work and mission, I knew I wanted to get involved.”

As general counsel, Lohse is responsible for all legal, regulatory and compliance matters. As a member of Hazelden Betty Ford’s Executive Leadership Team, she also contributes more broadly to all of the big decisions facing the organization and supports a wide variety of functions, including leadership development. 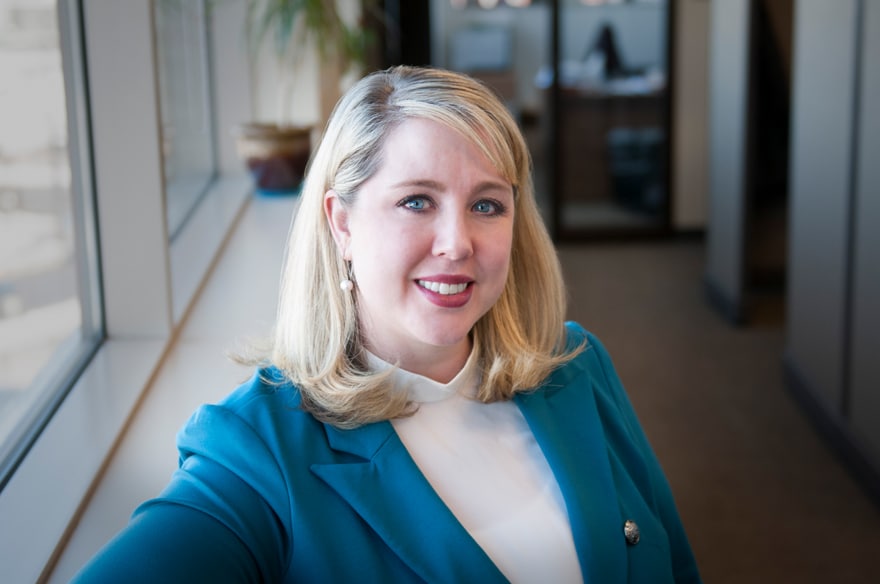 For Lohse, one of the most rewarding aspects of her job is working collaboratively with other business leaders. She’s proud of having “reinvigorated” Hazelden Betty Ford’s compliance and risk management practices, but also enjoys the opportunity to step out of routine legal and regulatory work and help lead in other ways.

“Being able to use my business acumen not just from a legal sense, but also to help put together business plans and strategy—that’s been really exciting,” she says. “That’s the best part of my job.”

That, and hearing from people who changed their lives with the help of Hazelden Betty Ford’s services.

“In my work, you never know what’s going to present itself,” Lohse says. “It can be really challenging with the hardships people are experiencing, but that’s also what keeps me motivated. The transformations we see are often amazing, and each person in recovery represents hope for another. I feel very lucky to be here making a difference.” 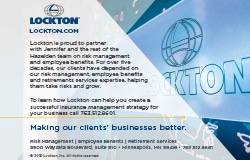 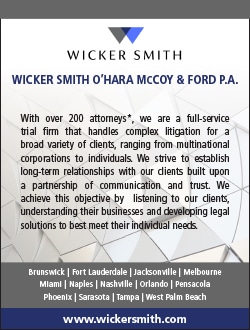 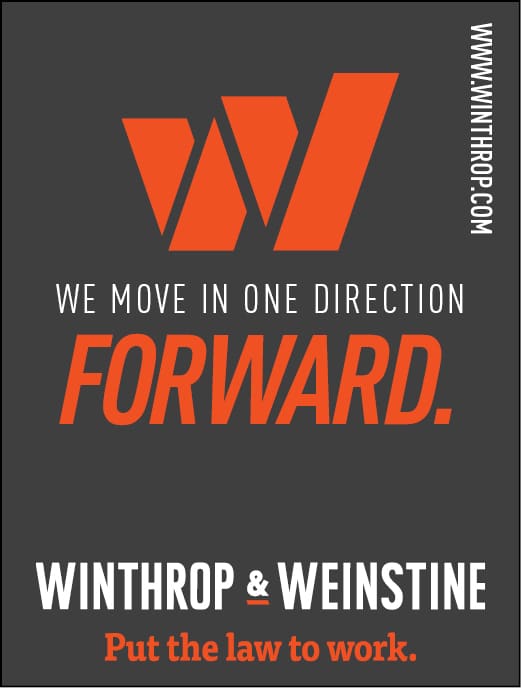