By this, she means that produce labeling can be deceptive. It takes many years for an organic farm to be fully operational from seeds to produce to shelf to table, the early process including natural fertilizers, crop rotation, biological pest control and companion planning. Corners can be cut and less-than-organic vegetables and fruits distributed to unwary grocers and then to consumers as “organic.” 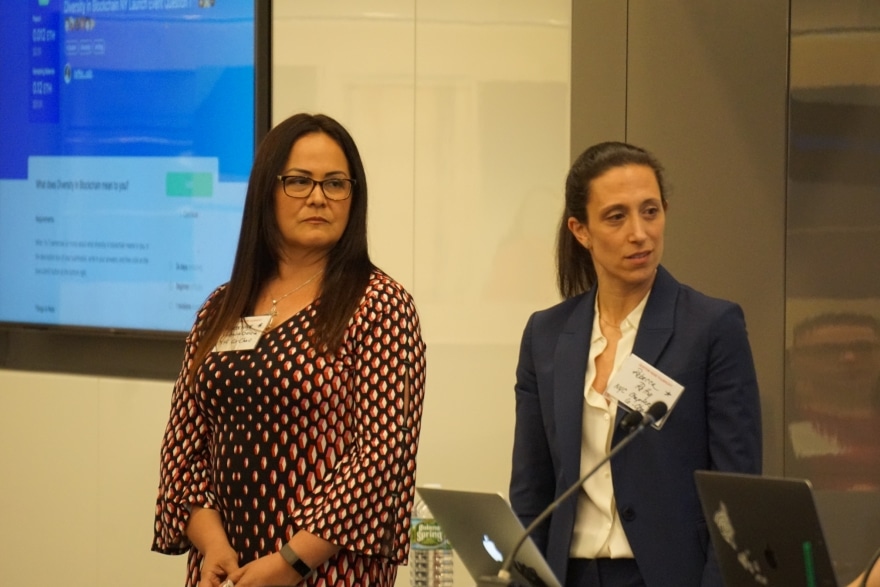 But there’ll be a better, more efficient way of tracing this supply chain and so many others, with Garcia in her unconventional role as the general counsel of IBM’s Blockchain and Cognitive Systems divisions. On a blockchain network, she explains, each stakeholder in the supply chain has access to its step in tracking goods. Thus, virtual fingerprints should leave no doubt of a product’s authenticity.

Of course, all this heightens the need for a comprehensive cybersecurity strategy, and Garcia touts blockchain’s use of cryptography and its decentralized nature as removing the traditional honeypot for hackers. There’s no big score to be had from a traditional, centralized database. Just a chain of interlocking blocks of information or, in her words, “a chain-link fence with additional layers facilitating a complex Rubik’s Cube type configuration.”

A push from pandemic

A member of the company’s legal staff for 15 years, Garcia oversees IBM’s Cognitive Systems portfolio, blockchain offerings and the attendant intellectual property. She also finalizes transactions, including joint ventures, development and marketing deals and tends to all legal and regulatory matters.

“There’s nothing like a pandemic to push innovation to the next level,” Garcia says, but adding that IBM was already well into blockchain building before March 2020.

“In my personal opinion, if the [Colonial] pipeline company had leveraged blockchain for its supply chain, the attack would have likely been detected way earlier and the shutdown might not have been necessary,” Garcia tells Vanguard in May from the Queens home where she’s been working throughout the pandemic. “At least it would have been more difficult to infiltrate because the technology produces a tamper-evident ledger of transactions.” 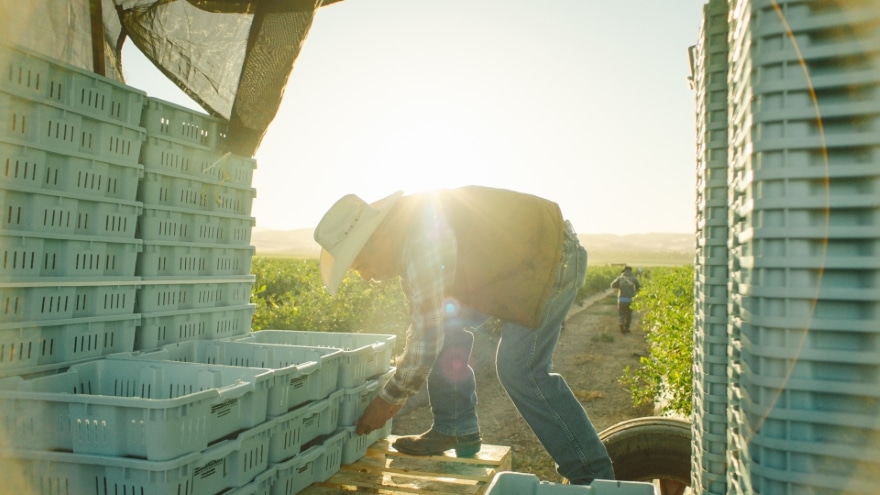 IBM intends to protect such at-risk companies, Garcia goes on to say, with its renewed focus on hybrid cloud and artificial intelligence as well as enterprise blockchain. When Garcia first took on the blockchain role, she led a global team of six female attorneys—a blockchain rarity.  Over time, the teams have changed, however, particularly during the pandemic.

The need for rapid implementation enabled IBM to exemplify the potential for blockchain on behalf of such pressing needs as securing authentic personal protective gear for hospitals and medical supply chains, as all kinds of companies repurposed their product lines. Among the industries that have benefitted from the technology has been shipping and, with it, the need to enable collaboration and reduce friction in tracking the movement of so many goods over oceans, highways and air routes.

“My favorite element of my role is the opportunity to be creative,” Garcia says. “As lawyers, our default setting is to color within the lines, but with a brand-new business, I had a hand in identifying the lines and then figuring out how to enable the business to run, grow and be successful.”

She’s gone outside her own comfort zone many times during her career, even moving to Mexico with her husband and then-6-year-old daughter from 2014 to 2017 to be senior counsel of the Latin America IBM Ecosystem. Mentors advised how Garcia had a better chance of advancing on the corporate ladder if she’d take on a foreign assignment. New York City being home, Mexico wasn’t even on her radar. However, those three years turned out to be incredibly fulfilling.

“It actually was a struggle to return to New York,” she says. “A friend who had been on multiple assignments warned me it would take close to a year to feel like we were home again, and she was absolutely right.”

But there’s work to be done in New York. She’s glad to be at IBM where Garcia transitioned from the litigatory roles at Kaplan Fox and Duane Morris that, respectively, followed her graduation from Fordham University School of Law. 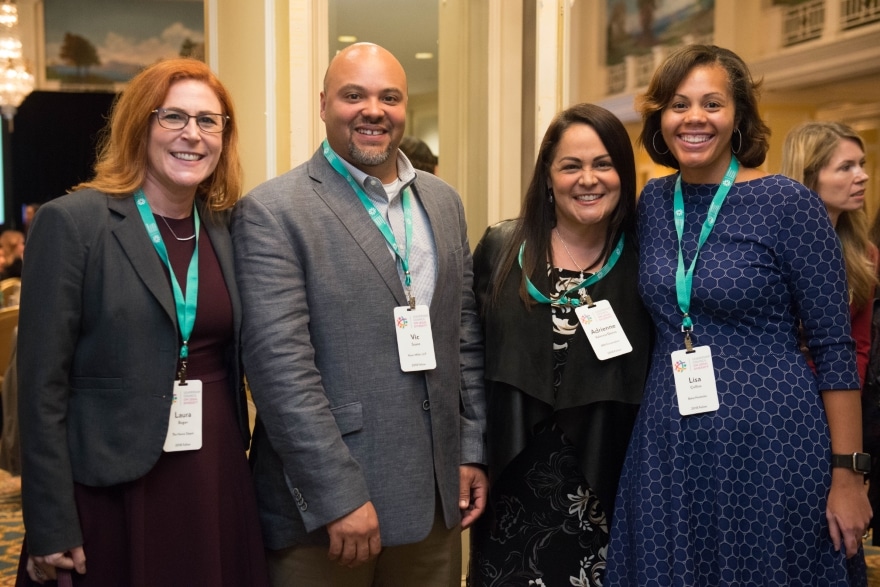 She was at a crossroads of sorts in her career, as staying on the partnership track meant she would need to focus on developing business almost as much as actually practicing law. The business side appealing to her, Garcia met whom she calls a remarkable woman, then-IBM lawyer Maria Fernandez, through the Hispanic National Bar Association (“HNBA”). After seeing Garcia’s work on a New York City HNBA conference planning committee, Fernandez took Garcia’s resume and helped secure her new friend an interview.

“I convinced the team that being a litigator would be a real value-add,” Garcia says. “Not only could I leverage my experience of getting up to speed quickly in any subject area, I would be extremely practical.”

Welcomed to the company in 2006 as a senior attorney, Garcia has since been selected to be the legal leader for IBM’s Blockchain Solutions business unit in 2017 when it was essentially a start-up within the company. Back then, the focus was creating standardized agreements with healthcare companies and financial institutions and ensuring compliance with newly developing regulations.

And among what Garcia considers perks of the job: the increasing opportunities to blend law with technology—the latter of which she initially learned at her father’s knee.

“My father who emigrated from Colombia by himself when he was in his early twenties was passionate about technology. He saved up and bought a first-generation Macintosh computer in the 1980s,” she recalls. “Though I can’t say I developed a similar passion for it until I came to IBM, now I’m surrounded by incredibly brilliant people who are constantly looking for ways to leverage cutting-edge technology to be of service to the world. What you see and hear here is mind-blowing.” 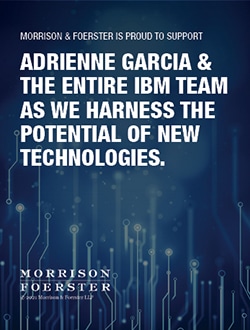