If you’re reading this, chances are you’ve met a CEO or two. The same goes for general counsels. Even if you haven’t met any, you know about them.

Seeing someone wear both hats at once? You might’ve just found a corporate unicorn.

Only, you needn’t scour some ethereal forest to find Alvaro Martinez. He’s out front and center, helping helm the LATAM and Brazil divisions of Sodexo, a global “quality of life” services company, specializing in food and facilities management. Since 2017, Martinez has been both the general counsel for the subsidiary’s regional operations and CEO for Sodexo’s Justice Chile services.

That’s not a full plate; it’s a heaping tray—albeit one the 46-year-old firmly embraces.

“I’m lucky to have had a diversity of experience in both the legal and business worlds,” Martinez says. “It’s a balancing act, for sure.”

Since joining Sodexo in 2009, Martinez has been instrumental in building the legal and compliance frameworks for Sodexo Chile. In 2017, his scope broadened to include the company’s LATAM sphere, which includes Mexico, Costa Rica, Panama, Colombia, Peru, Argentina, Chile and Brazil. 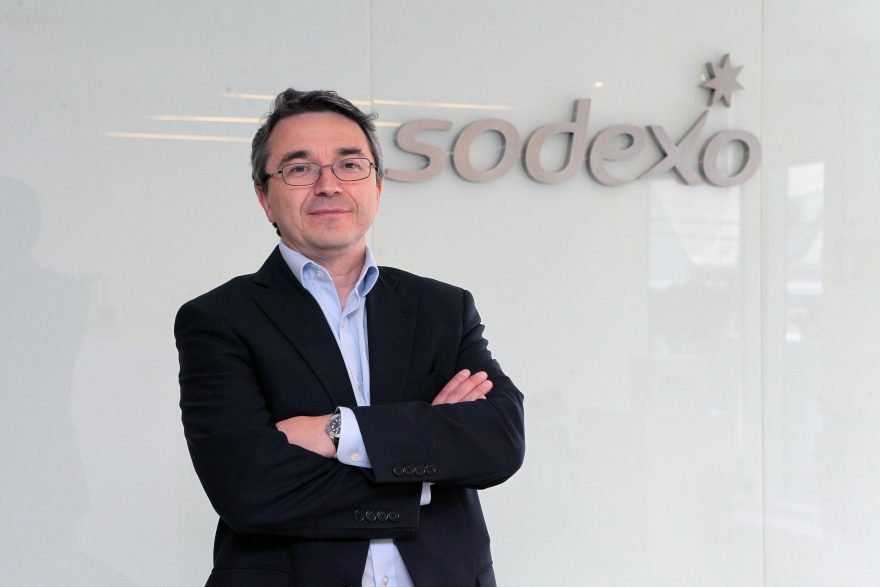 Factor in Sodexo’s suite of services—everything from bundled services in a mining camp in the middle of Cordillera de Los Andes to food logistics for high-profile sporting events—and that scope can seem downright dizzying.

Martinez’s primary duty is mitigating myriad legal risks that invariably confront a company of Sodexo’s size. First and foremost, he and his team work to ensure that all contracts—whether with the hundreds of clients or the thousands of Sodexo suppliers—effectively minimize legal exposure.

For example, Martinez is leading the regional deployment of a Responsible Business Conduct initiative, highlighted by a comprehensive ethics program that distinguishes Sodexo from its competitors in a continent impacted by various corruption scandals.

“We’ve been working very hard on a more comprehensive business integrity program that makes sure Sodexo is a partner for good,” Martinez says. “Different countries require different approaches when it comes to risk-mitigation.”

Martinez credits his stint heading the Chilean subsidiary’s human resources department in 2015—where he oversaw 18,000 employees connected to more than 50 different trade unions—with helping him learn to navigate (and negotiate) many perspectives.

As CEO for Sodexo’s Justice Chile services, Martinez oversees services provided by 1,400 employees at five prisons, affecting more than 8,000 inmates across the country (750 of whom are officially employed by the company). While prison security falls under the purview of the government, all other roles—including rehabilitation of the inmates, food, laundry, medical services and maintenance, among others—are managed by Sodexo.

Here, the duties are far more immediate, requiring near-daily interaction with government officials and local authorities, as well as the inmate populations. Since becoming CEO of Justices Chile services in 2017, Martinez has redoubled his team´s efforts to provide inmates with real rehabilitation opportunities—an initiative he says aligns closely with similar efforts on the public policy front. 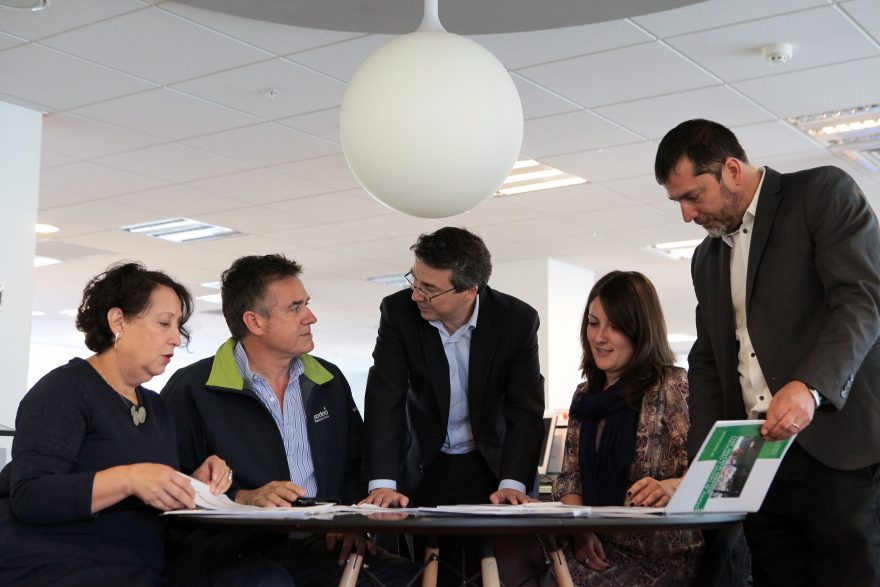 “Our intention is to be a real voice in helping steer public policy to helping inmates,” Martinez says. “We want to improve the inmates’ quality of life. And in the case of those who are also our employees, by giving them meaningful work, we’re preparing them to be productive members of society once they leave.”

For Martinez, this isn’t just a business strategy; it’s a human rights issue—one he’s long held near and dear to his heart. More broadly, it’s that steadfast commitment to service, instilled from an early age, that Martinez has made central to his Sodexo tenure.

Through revolutions and booms alike, the oil and gas distribution  industry has long been a foundational to Chile’s economy—just as it was for Hugo Martinez, Alvaro’s father, who spent 35 years working for one of the country’s most prominent petroleum companies.

From an early age, Alvaro recalls having a deep admiration for the lessons of his parents, who, like many Chileans of their generation, saw work and study as boons, rather than burdens.

“My mother and father taught me how to look at your career as a way of building a better life for yourself and for your family,” Martinez says. “That perspective isn’t as common today, but it always stuck with me.” 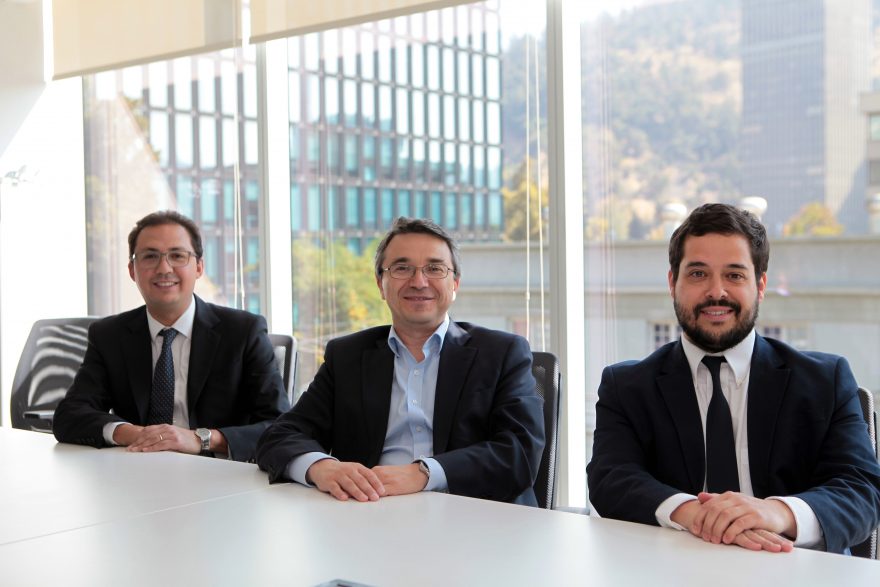 After graduating from the Pontifical Catholic University of Chile, where he studied law, Martinez’s first job was in the legal department of Mapsa, a national housing finance company. Over the next 11 years, Martinez honed and hardened his business skills, all while learning how to navigate Chile’s strict regulatory framework. He even found time to earn an MBA from the Universidad of los Andes business school.

By the time he landed at Sodexo, as manager of the company’s legal affairs department, the seeds of his twofold title were already being sewn. In 2013, he assumed the role of director of risk and compliance. Two years later, he added oversight of human resources to his docket, a scope encompassing some 18,000 employees across Chile.

Today, Martinez splits his time between his broader general counsel duties and the more “operational” role of CEO. Though it’s seldom a simple split: During one recent stretch, Martinez spent some days in Colombia with a team of local lawyers and operational managers. Upon returning to Santiago, nearly all of the focus was on catching up with the latest on the Justice Chile front.

Through it all, Martinez credits his wife and four children for being part of what he calls “a big adventure.”

Challenging? Undoubtedly. A grind he’d trade for anything? Hardly.

“In time, the company has embraced the idea of the general counsel being more than a lawyer, but a key voice in the business,” Martinez says. “Having that deep business background helped very much in that regard.” 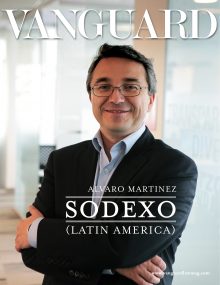 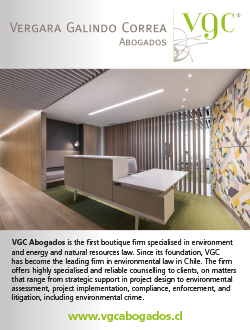