Amer Moorhead’s extracurricular activity has something in common with his professional life. To a point, that is.

You see, the 51-year-old man is an obsessive marathon runner, albeit one who’s been advised by two surgeons that his pavement-pounding days are slowing down. It seems that 67 marathons—and the training that went into each—have necessitated ACL, cartilage replacements and meniscus repairs. 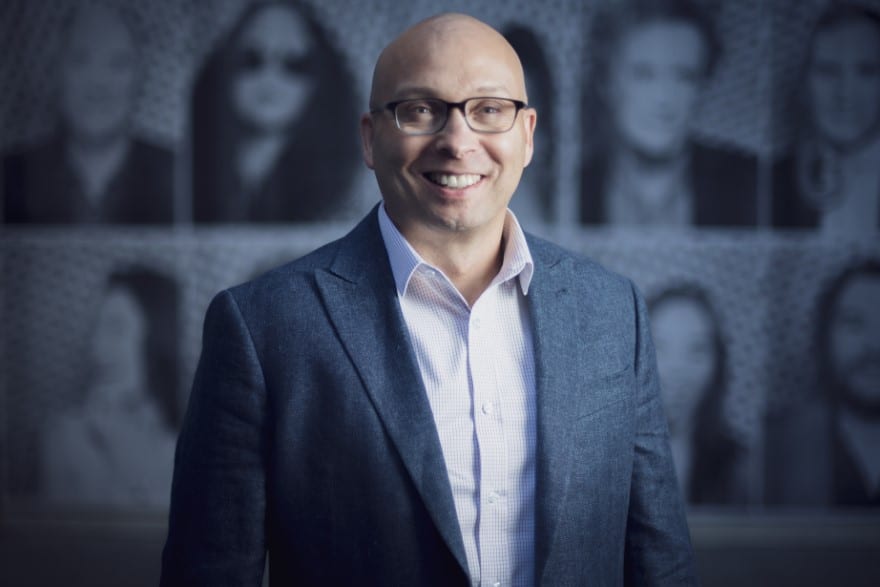 “I selected him, since he gave me hope after a lot of self-imposed damage,” a chuckling Moorhead tells Vanguard in March from San Francisco, where he serves as senior vice president, chief legal officer, and general counsel for supply chain payment platform Tradeshift.

Though forced to hobble around on crutches for a couple more months, Moorhead won’t be slowing down on the job—Tradeshift having too much pending at home and worldwide as modern commerce furthers the need for a digitally connected economy. Unlike marathon running, however, serving as legal boss of this decade-old fintech doesn’t allow for pacing oneself.

“This can be more of a sprint,” says Moorhead, who joined Tradeshift in August 2018 after cutting his teeth at in-house roles with four other Silicon Valley tech companies. “Though, as in marathon running, you do need to take the long view.”

That long view has taken Moorhead to many shores, including the Middle East last summer and early this year so Tradeshift could seal joint ventures with quasi-government entities in Qatar and UAE. It’s a much different game doing business in that part of the world, he says—and it’s not just the legalities that take time to unwind.

“For example, Arabic documents are written right to left,” he explains. “We needed to make sure our software could accommodate it, in order for the business to gain a foothold in that region. It wasn’t a legal issue, but it was one of the complexities encountered in doing business there.” 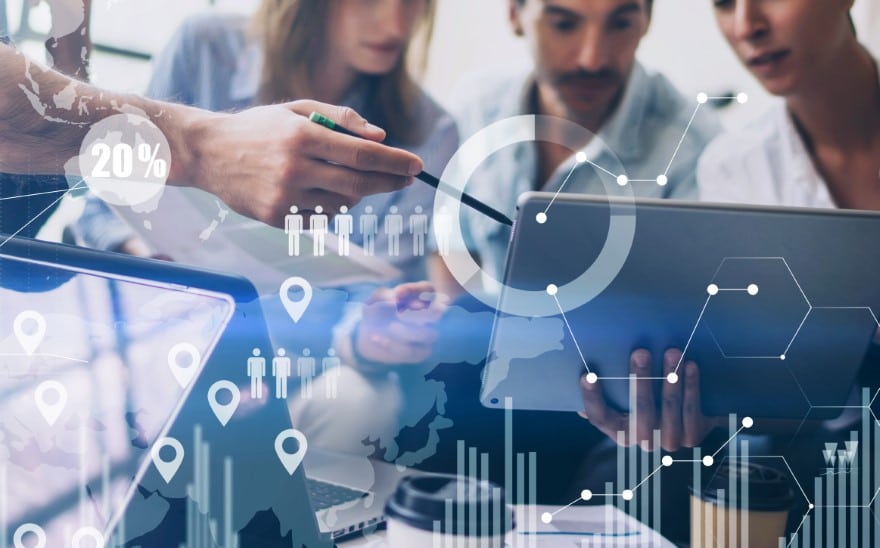 With Asia holding significant potential for electronic invoicing, Tradeshift has made recent inroads in China, but with a creativity born of necessity. Beijing has licensed just two companies to process tax-compliant invoices, and both licensees are Chinese. To do business in that space, Tradeshift forged a partnership with one of the companies that already had a government license.

“It’s the only way to play ball there,” Moorhead says. “You’ve got to take the pragmatic approach or you’re shut out. Chinese companies prefer to do business with Chinese companies, but we’ve partnered in an arrangement that’s mutually beneficial.”

A larger Latin American presence is also on the Tradeshift radar screen, Moorhead says. Tradeshift recently consummated a joint venture partnership for Latin America, which initially included activity in Brazil, Mexico and Guatemala. Though deals can be fraught with delays and government bureaucracy in that region, Moorhead thinks the difficult logistics could work out to his employer’s advantage.

“Down there, governments are focused on preventing corruption and want to look under every stone,” he says, getting back to that long-term view. “Having so many checks and balances makes for a slow process for just getting your company set up and doing things we normally think of as simple such as leasing office space and opening bank accounts. But when you understand the reason for these steps and comply with rules, you can succeed.” 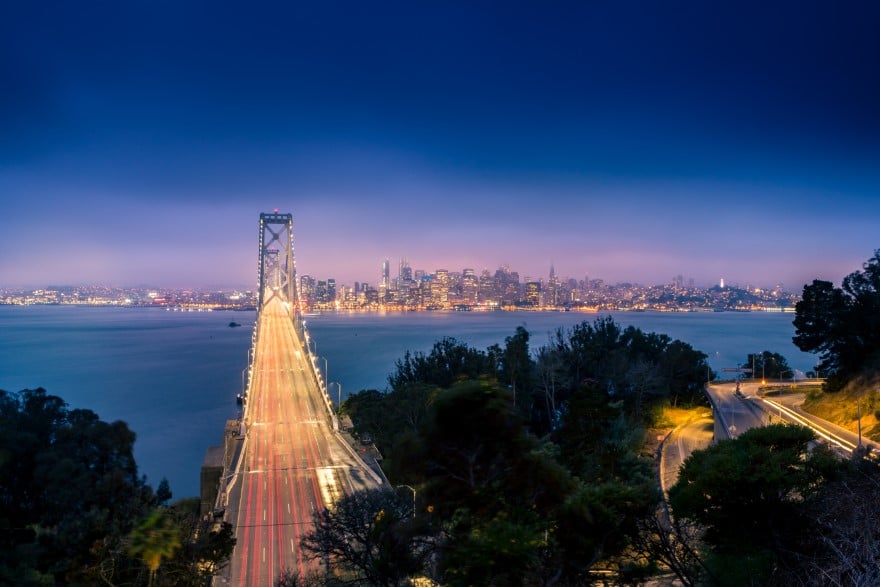 Moorhead will be kept busy poring over those rules while rehabbing his scarred knees, with Tradeshift now active in nearly 20 countries and having opened eight foreign offices in the last two years. More outposts seem a certainty, and while Moorhead is not involved in finding real estate and opening new facilities, he does take a front seat in negotiating leases, as well as keeping up with labor laws and cultural norms.

That learning of laws and cultures in other countries includes, for instance, navigating compliance with France’s 38-hour work week, or—in the case of some Arab countries—not shaking a woman’s hand unless she puts her hand out first. It’s all part of the challenge—and fun—of being on the executive team of such a dynamic, industry-disrupting enterprise.

Lean but not mean

It’s also an enterprise that, prior to Moorhead’s arrival, had achieved so-called unicorn status—the privately held fintech having surpassed $1 billion in value and, according to Bloomberg News, in need of no further funding. Lest anyone still be tempted to play leapfrog with this unicorn, Moorhead’s legal team has helped enable partnerships with Accenture, Wipro and IBM, better positioning Tradeshift to help corporate customers implement new technology and procedures.

The company’s impressive growth notwithstanding, Moorhead presides over just a four-person legal team: two in San Francisco, and one each in Seattle and Paris. Even in foreign jurisdictions, Tradeshift has handled half the legal work in-house, with Moorhead very selective to whom he outsources. 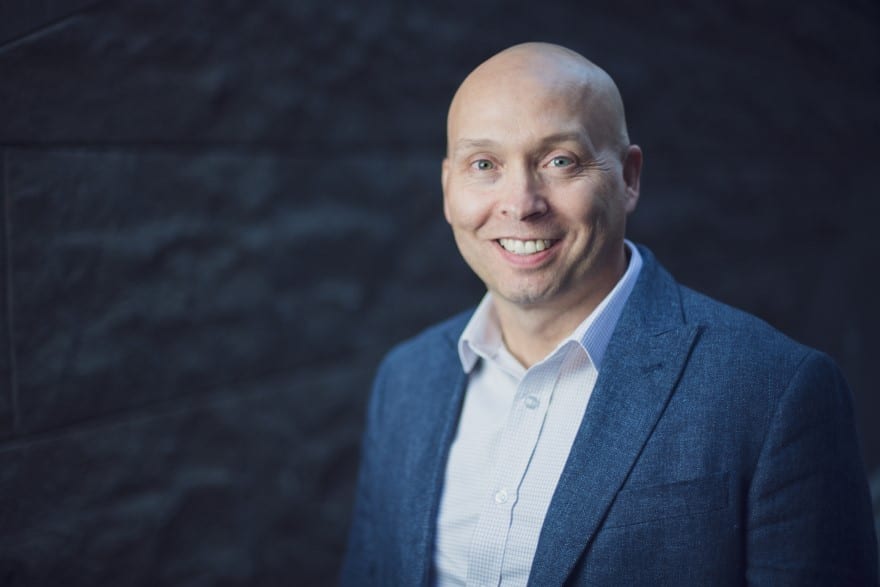 “I like learning about new countries, their rules, their business practices, and how to adjust,” he says. “If we’re looking to do ‘X’, I’ll hit the books and get somebody to help me understand. I thrive in an aggressive, fast-changing environment that makes me think two steps ahead.”

A Berkeley graduate who later earned a law degree and MBA from the University of San Francisco, Moorhead seems to have fashioned an in-house career out of keeping his employers ahead of the curve. He served 13 years as senior vice president and deputy general counsel of Ariba and then shorter chief legal stretches at SAP and Couchbase before being recruited to Tradeshift.

“We need to get someone like Amer,” CEO Christian Lanng was heard to say in 2018, the big boss being familiar with Moorhead’s reputation in the somewhat insular fintech industry. “So why don’t we just get Amer?”

For his part, Moorhead was ready for a new adventure, impressed with this young and still small company with a world of potential. The distance between his home and Tradeshift in San Francisco being about 25 miles, he might have been able to run it on a good day.

Running, however, was an acquired obsession, something he picked up from his first wife, the late Kerry Conway Moorhead, who passed away from cancer several years ago. The couple did run a marathon together—”she won,” Moorhead proudly states—helping raise money for the Leukemia & Lymphoma Society.

He’s kept up that cause and beckoned others to participate. High on his bucket list is to finish 100 marathons, a number that might impress everyone but Moorhead.

Might that get him the record books, he is asked.

“Not quite,” he answers. “It’s nowhere near the likes of world renowned runners like Dean Karnazes.”

For Karnazes is an American ultramarathoner who in 2006 ran 50 marathons in 50 states in 50 consecutive days, and even attempted to run from San Francisco to New York City before circumstances forced him to give up the quest in Missouri after logging over 2,000 miles.

Also a Californian, Karnazes’ knees are still in working order despite 100-plus marathons. But, unlike Moorhead, he’s yet to run through the regulatory maze necessary to keep a fintech—in this case, Tradeshift—ahead in a global race. 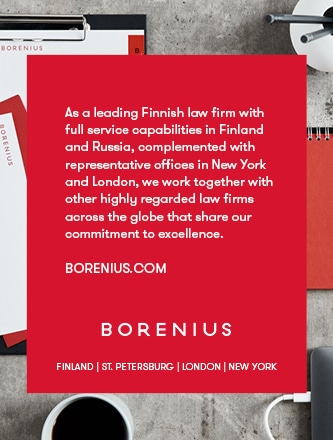 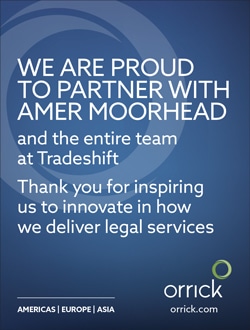