Drilling into his work

For more than half a century, Harvey Gulf International Marine has plied the waters of the Gulf of Mexico, servicing oil rigs and platforms with its boats and barges.

These days, those vessels can be seen doing the same far across the Atlantic and on the other side of the Panama Canal. But as its operations expand, the company needs a firm legal hand at the helm. 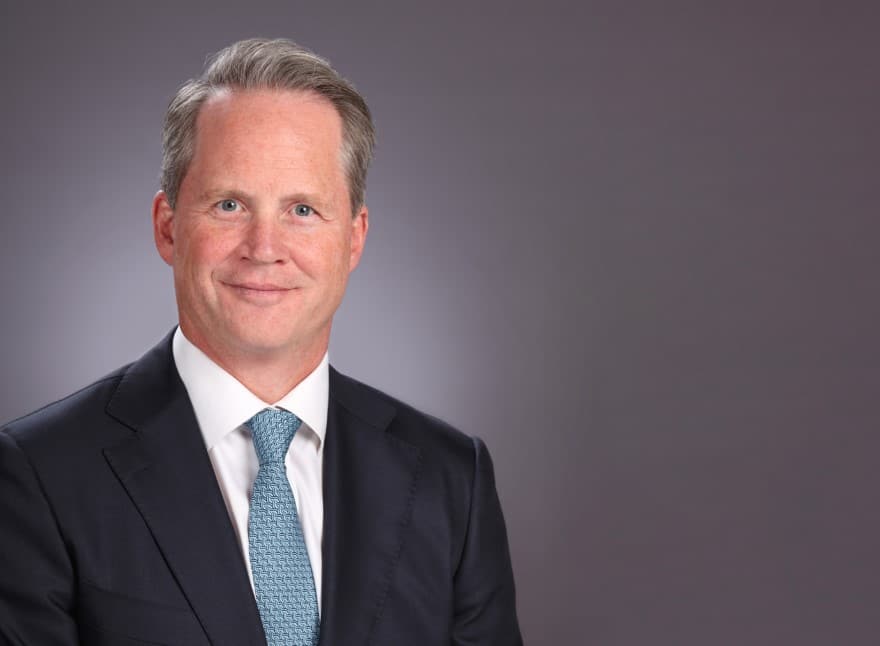 “There’s no substitute to a commitment to due diligence, fact finding and immersion into the details and doing it yourself,” says Robert Vosbein Jr., the company’s general counsel. “Even then, one of my key strengths is knowing when you need to seek the support of others within the company or outside legal counsel. Be careful about thinking you know it all.”

From tow line to lifeline

Harvey Gulf was founded in 1955 by Capt. Numa J. Guidry as the Harvey Canal Towing Co. The company made its name towing vessels, rigs and other structures in Louisiana, the Gulf Coast and as far away as the Caribbean.

In 2003, the company expanded to include offshore supply vessels for the petroleum and energy industries, bringing equipment, supplies and personnel to rigs and platforms. Harvey Gulf is a green supplier, too: Several of its vessels, known as OSVs—offshore support vessels—run on natural gas and an environmental officer is part of each crew. The company will soon operate a liquid natural gas bunker barge to fuel cruise ships that run on natural gas, Vosbein adds. 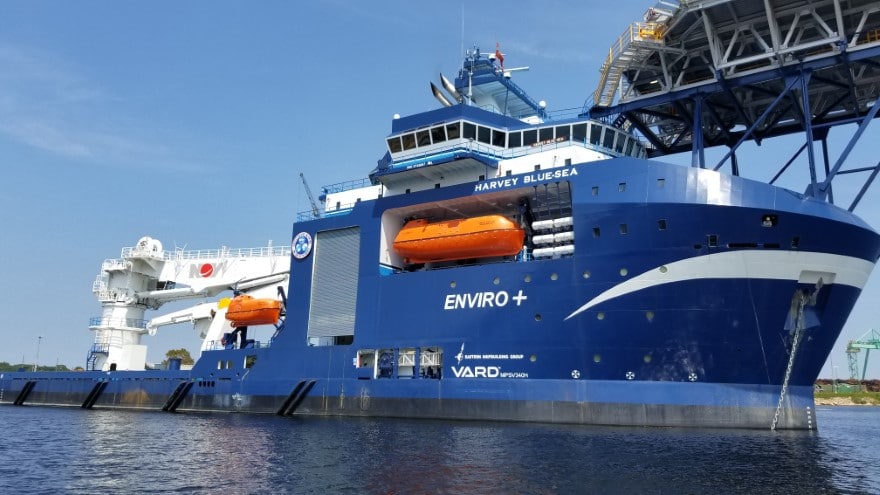 In the last few years, the company began servicing operations as far south as Peru and as far east as nations in west Africa. It means there’s still drilling and production going on, and plenty of legal details for Vosbein to drill into.

“You have to look into where you’re going and regulatory issues and environments,” Vosbein says. “Each country presents its own set of issues, and you have to attack them individually. But first, you work with your customer to see who will have responsibility for the different aspects of the work and related support.”

Vosbein takes no credit for helping Harvey Gulf find its new business opportunities. However, as they are presented, he’s there to vet them and negotiate the contracts.

The client contracts must spell out innumerable issues, such as vessel delivery, duration of charter, crewing, scope of work, provisioning, imports and exports, liabilities and insurance, legal compliance and health, safety and environment compliance. 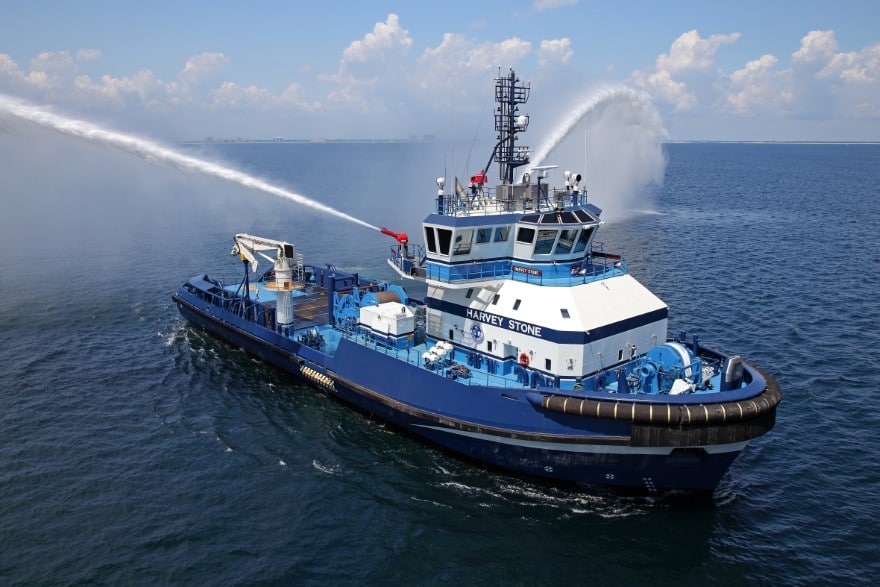 “We can provide vessels to support drilling for new sites and continue supplying vessels needed through production and decommissioning,” Vosbein says. “We support subsea installations, inspections and repair, provide crew boat services to transport cargo and personnel, ‘flotel’ services, support vessels for floating production storage and offloading tendering. You name it, and our vessels do it or can be modified to do it.”

The service contracts are just a portion of how Vosbein supports Harvey Gulf’s support work—risk management and properly insuring  its operations are crucial, particularly in such a capital-intensive industry reliant on sophisticated vessels and equipment. 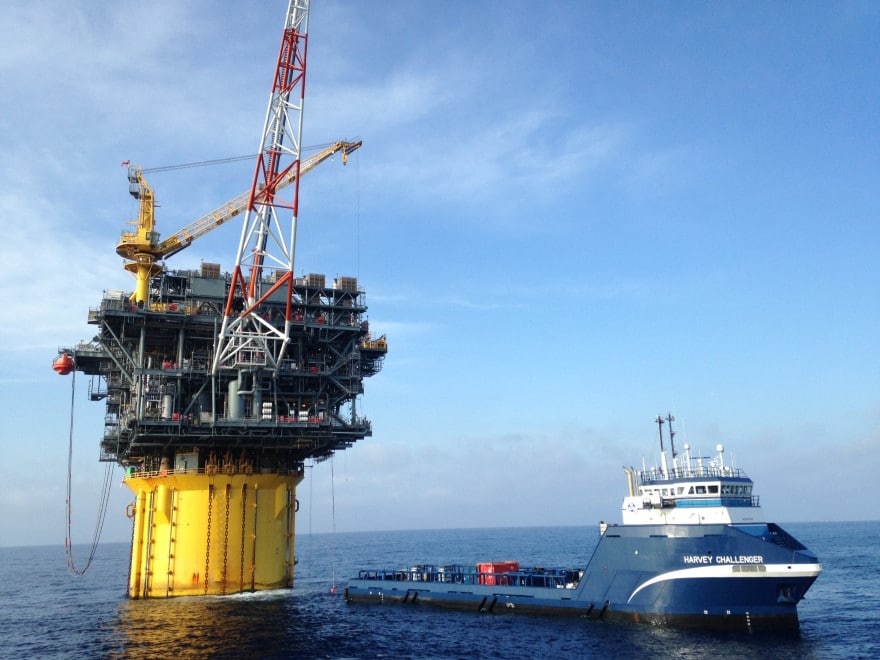 While putting together the due diligence, contracts and insurance needed for Harvey Gulf to expand its operations abroad, Vosbein has also helped with several mergers and acquisitions.

“Our CEO, Shane Guidry, makes the big decisions about where our company is headed,” Vosbein says. “The legal department provides the due diligence to look into the details of the target and negotiates the necessary contracts and merger agreements to close the deal.”

It’s a point of pride for Vosbein and the company in how it’s weathered the swings in the oil market over the last decade. As Vosbein explains, even a profitable company can find itself in a debt crunch, and refinancing is hard to come by in the industry, so vigilance and work ethic matter.

“We have a company culture of accountability, working hard and taking on multiple roles,” Vosbein says. “You have to see the market, know the market and be ready for what’s coming.”

A New Orleans native who earned a bachelor’s in business administration from the University of Arizona and then came home to study law at Tulane University, Vosbein says his father’s influence did play a role in his career aspirations.

“My father was a litigator. I was excited by his legal work and him being a part of a large successful firm,” Vosbein recalls

With that said, he did consider working in the import-export business as a plan B, and spent a summer doing so in Kiev, Ukraine. But the lure of the law remained strong, and Vosbein earned his J.D. in 1996 and joined the New Orleans firm of Adams and Reese right after graduating law school. 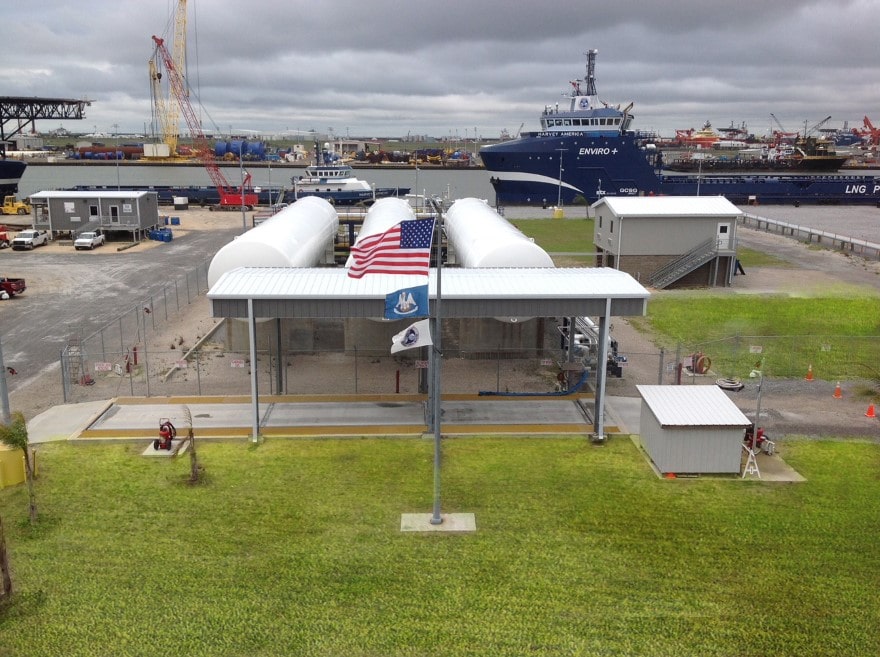 He was a full partner at his hometown firm and had done outside counsel work for Harvey Gulf before being invited to join the company in 2007. By that point, Vosbein says he and Shane Guidry had a close working relationship and strong friendship, too.

Like his father, Vosbein found litigation and court rooms exciting, but in-house work is hardly mundane, he says.

“There’s plenty of adrenaline when you work for a vessel company and you support oil companies because of the amount of capital and spread costs involved,” Vosbein says. “Everything moves at a fast pace and there’s plenty of times you wonder if the treadmill is ever going to slow down.” 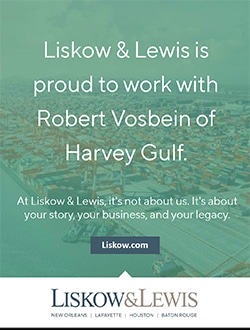