But she’s a quick study, and as she learned the intricacies of insurance law, regulations and licensing at the brokerage based in Fort Worth, Texas, she also found ways to improve legal operations.

Now the vice president for legal and compliance, Palmer is bringing outsourced legal tasks, such as subpoena response, in-house and adding technology to ease processes such as licensing agents to the mix. 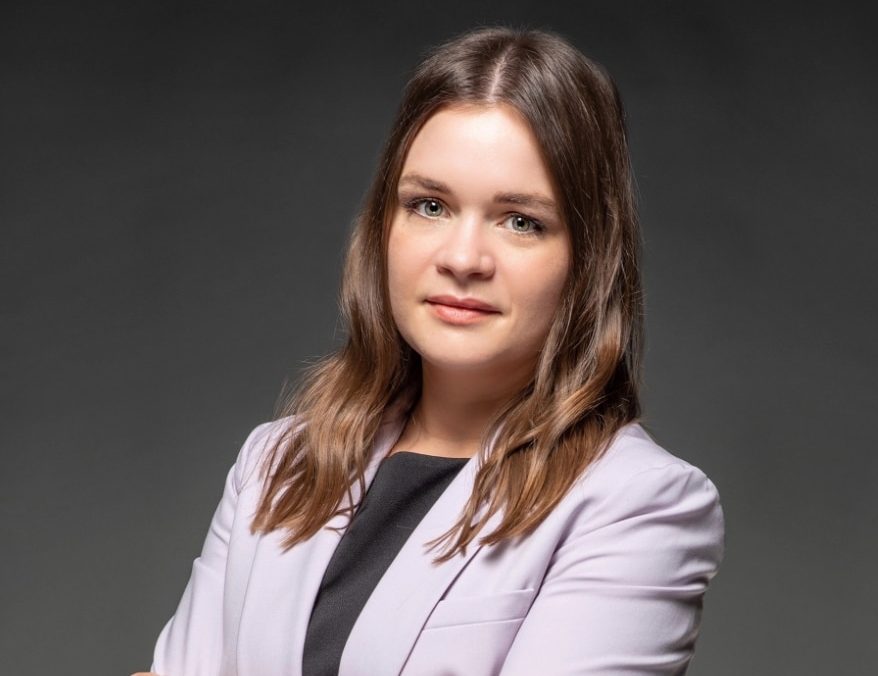 Higginbotham was founded in 1948 and has grown to become the 20th largest independent insurance firm in the U.S. It brokers personal and business insurance and employee benefits from national carriers, and it provides human resources consulting and outsourcing services for customers throughout the U.S.

Palmer provides legal advice and guidance for all of Higginbotham’s departments, including HR, IT, marketing, claims and accounting. She also negotiates, reviews and revises contracts with vendors and insurance brokers and carriers and advises on M&A.

When Palmer chatted with Vanguard in April, Higginbotham had already entered four new partnerships in 2022. When new agencies are added, she guides compliance efforts with a team of eight that manages broker licenses, surplus lines filings and continuing education.

When Palmer began at Higginbotham, she provided contract review services for its clients. She soon began assisting with internal legal projects, such as subpoena response and 1099 contracts.

As she took on more tasks and responsibilities, she realized the firm’s spending on outside counsel could be reduced. For instance, some processes were brought in-house, and she also began reviewing all legal bills before they were paid. 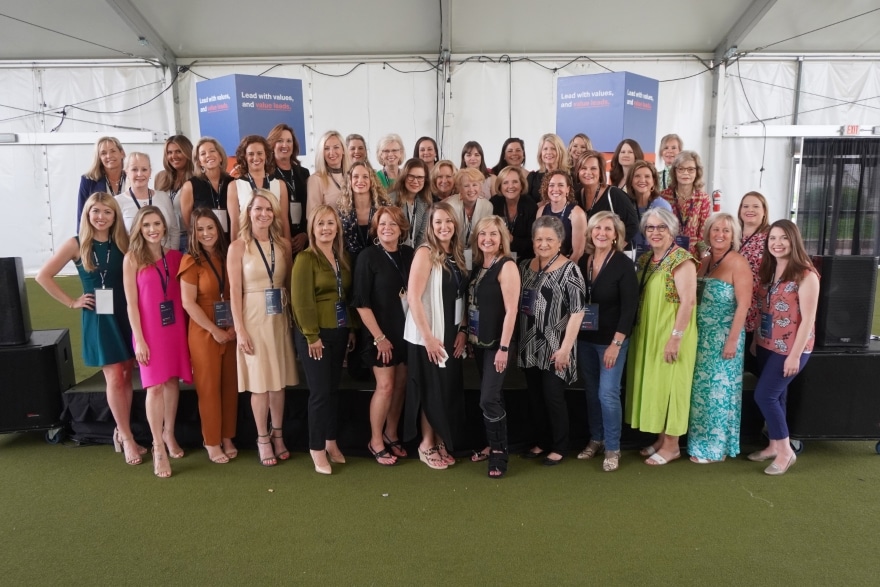 Palmer also worked with Higginbotham’s IT and operations departments to develop a dashboard to facilitate processes such as licensing. It contains a repository of sample forms, regulatory guidance, and written policies and procedures that enables information to be shared quickly throughout the company. The dashboard also outlines the workflows and steps required for licensing and resources for continuing education.

Palmer and staff have also prepared a request for proposals for artificial intelligence-assisted contract review. It’s the next step in streamlining operations—she wants more automation in areas such as carrier contracts and vendor agreements, too.

“I’m looking to connect people in departments on things such as contracting or use of existing systems,” she says. “I see things like this because I’m in the middle of so much.”

This level of involvement has been possible because of the encouragement and mentorship of Chief Operating Officer and Board Member Mary Russell and Vice President of Carrier Relations Mary Fowlkes, Palmer says.

Russell has been with Higginbotham for 32 years and manages legal operations and litigation. When Palmer shifted from a risk management position to become vice president of Higginbotham’s internal legal team, she gained Russell’s trust.

“She’s not a lawyer, but she acts and thinks like one,” Palmer says. “Mary has been so generous with her time and experience, and I wouldn’t be successful in this role without her support.” 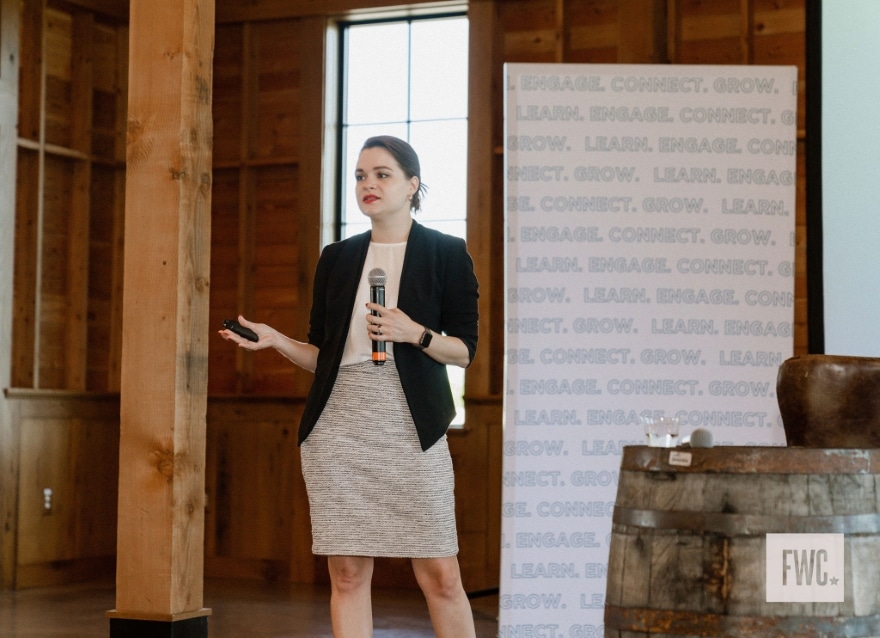 “She works with insurers on the commercial side and understands insurance and why carriers can be a good fit,” Palmer says.

All three, as well as the company’s chairman and CEO, Rusty Reid, have promoted diversity, equity and inclusion initiatives, which include a partnership with the National African American Insurance Association. Higginbotham funds scholarships and mentored a college student team in NAAIA’s national talent competition.

“Part of it is just being open, humble and willing to ask yourself if you’ve considered the points and whether you’re putting someone in a box,” Palmer says. “We need to meet people where they are and understand their perspectives.”

Now at home in the Lone Star State, she, her husband (who’s also a lawyer) and their dog, Sherlock, enjoy spending time together and with their six nieces.

Born in Milwaukee, Palmer moved to Texas when she was 11 and studied history and business at the University of Texas at Austin. After becoming the first college graduate in her family, she ventured to Prague, capital of the Czech Republic, to teach English at Caledonian School. 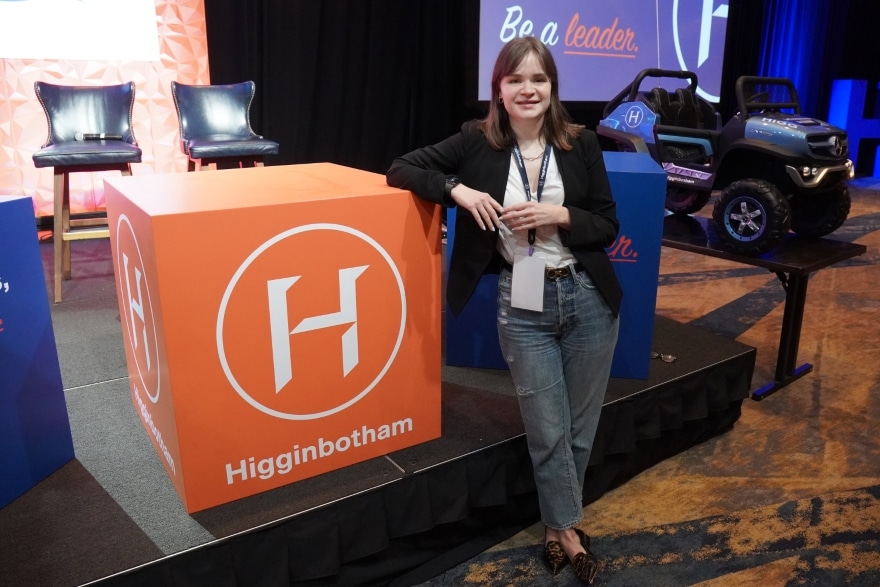 She began her career in private practice with the firm of Anderson & Riddle LLP in Fort Worth, Texas, practicing civil litigation in state and federal courts and providing legal advice on aviation matters while defending pilots, manufacturers, maintenance facilities and fixed-base operations.

Promoted to her current position at Higginbotham in May 2021, Palmer says her work, just like the developing legal team, is just starting.

“I’ve been very entrepreneurial with my career,” she says. “Over three years, I got the trust and buy-in to lead the expansion of legal for a multistate insurance brokerage. I convinced them of the need and they agreed. This past year, I’ve realized what it entails and the company has realized what a corporate attorney can do.” 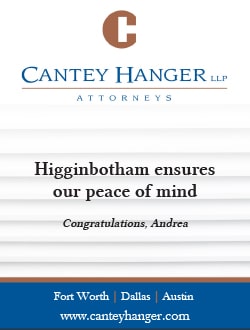