While there are differences between military and corporate leadership, Ryan Bardo recognizes enough common denominators. As the new general counsel at T.F. Warren Group, he won’t be barking out orders as the Houston-based company looks to expand its storage tank construction operations in the United States and Latin America. But Bardo will apply what he learned as a West Point cadet and then as an Army officer twice deployed in Iraq during the mid-2000s.

“One of the lessons that was impressed on me early at the Military Academy was about leading in a ‘VUCA’ environment,” Bardo tells Vanguard in April. “That’s a volatile, uncertain, complex and ambiguous environment.”

And the three necessities for mitigating VUCA? Training, maintenance and accountability. 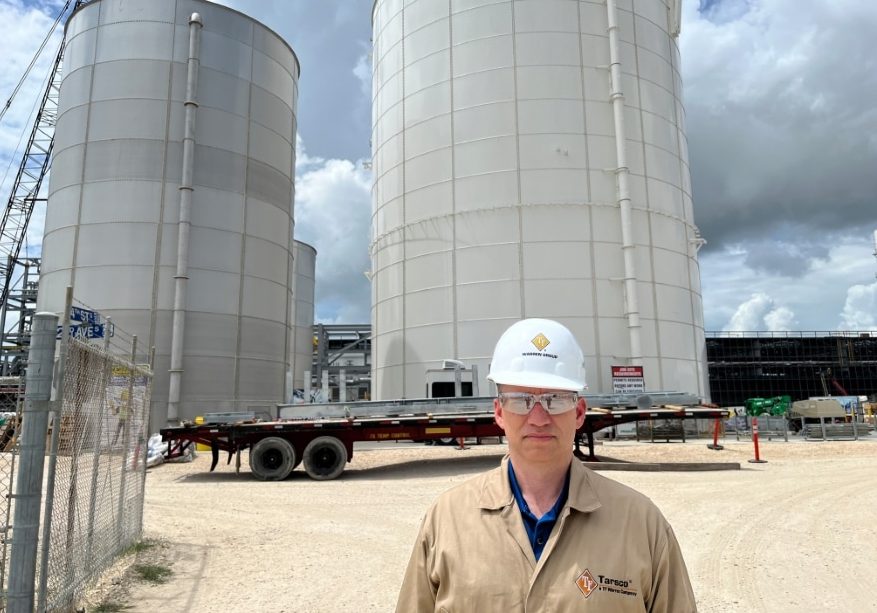 “The minute you stop doing one of those things, you create conditions for problems to arise,” he says. “So, I always look at a situation through that lens.”

With T.F. Warren intent on tapping into the Caribbean and Latin American markets, as well as growing its business in North America, there’ll be much legal and compliance detail for Bardo and his department to satisfy. The industries serviced—fuel terminals and refineries, metals and mining, chemical processing, food and beverage, industrial manufacturing—being among the most VUCA-prone, he’s focused on developing training, maintenance and accountability processes for the sales, contracting, and operations teams.

For the residual risk that remains, Bardo relies on strong relationships with expert risk analysis and risk management partners such as T.F. Warren Group’s insurance broker, Gallagher, and outside counsel firms.

The past couple of years have been difficult for the energy industry with the pandemic lessening demand for oil and natural gas and thus reducing T.F. Warren Group’s customers’ needs for storage. Though recent times have been more encouraging, Bardo warns that the situation in Ukraine could adversely affect energy markets. Not just for T.F. Warren Group but the Texas Gulf Coast itself, he says, explaining how energy is its economic bedrock.

Contracts being to the commercial legal industry what equipment is to the military, he’s ensuring that company personnel are trained in contracting. He’s also in the early phase of implementing technology for contract review, with Bardo collaborating with the IT department on such necessities as data security. Just as fuel is refined, contracts are revised, and technology enables better review and maintenance. 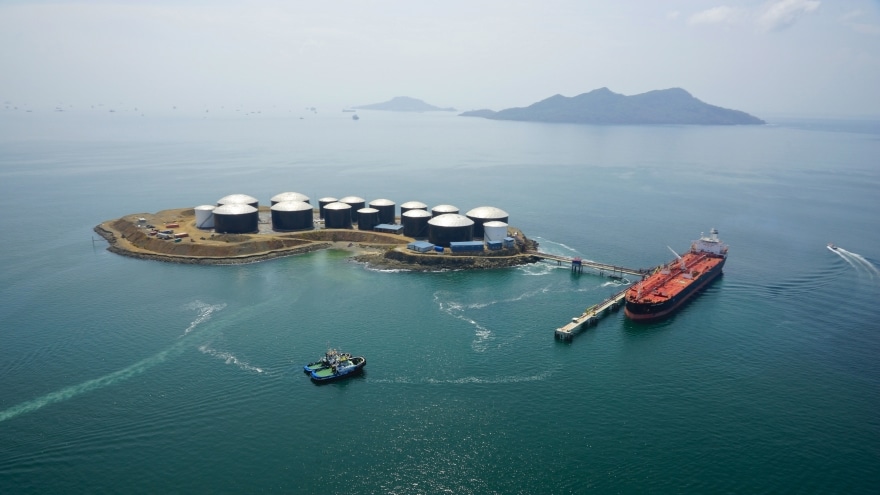 Circumstances are certain to change, especially with international expansion. Bardo, being fluent in Spanish and having lived for a few years in the Dominican Republic, works with two native Spanish-speaking lawyers, Mariemma Medina and Carlos Carvajal, giving the bilingual legal team a leg up when it comes to further familiarizing themselves on Latin American rules and regulations, as well as nurturing relationships with outside counsel.

And, of course, everybody will be held accountable as the company strives to be the single-source solution for storage tanks, structural products and corrosion protection. It’s a relatively young company, albeit with much C-suite experience, T.F. Warren Group having been founded in 2000 by industry veterans, some of whom are still in place.

While Bardo’s only been here since January, he too is well-versed on the energy front, having logged nearly a decade as in-house counsel with three other companies with Houston-based operations: TransCanada, Air Liquide and BHP, respectively. Prior to that, the University of Houston Law Center graduate honed his skills from 2009 to 2013 as a litigator with the Houston firm of BoyarMiller, with most of his clients and cases being energy-industry related.

“I wanted litigation experience but didn’t want to be a litigator for life,” he says. “I cut my teeth on disputes and then made the switch to transactions.”

And how that enhanced his marketability with Houston’s big energy companies in an arms race of sorts for legal talent. 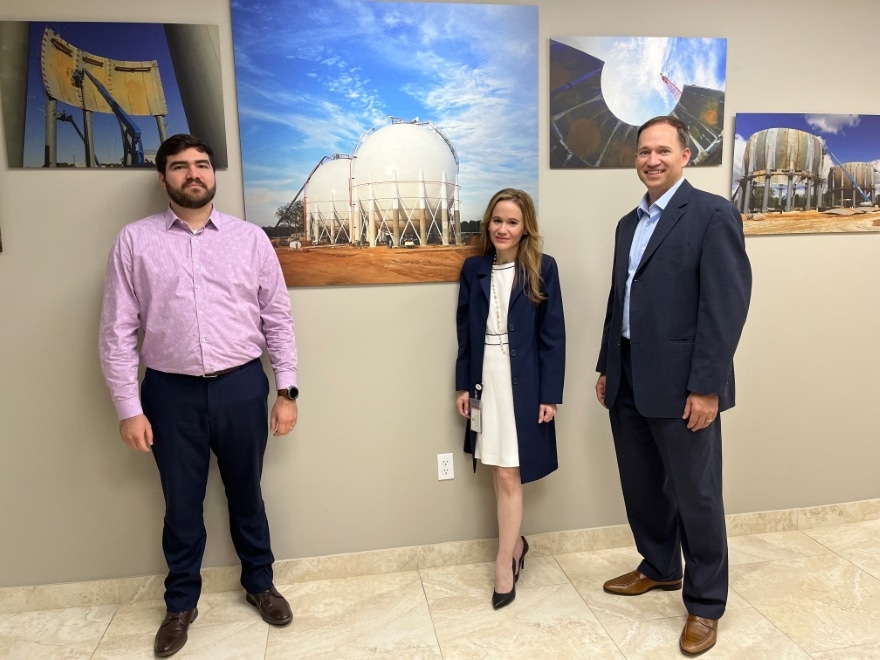 “In Houston, everything ties into the energy industry,” he says. “It’s the economic beast. While it wasn’t a conscious decision to go into energy law, it’s worked out very well.”

While he’s grateful for the self-discipline that’s expected of a West Point cadet, Bardo didn’t envision himself for career active military duty. Eventually he narrowed his choices to law or business school, opting for the former.

“You can be in business with a law degree but not the other way around,” he says.

Now in his early 40s, Bardo feels he made the right choice. Home life also is good, with his wife and mother of their five children—ages 1 to 14—being Sara Webb, who performed for 21 years with the Houston Ballet, hanging up her slippers in 2018. She too, Bardo says, is a student of the training-maintenance-accountability school of thought.

“The levels of discipline required in the Army and in the ballet are surprisingly similar,” he notes with a laugh. 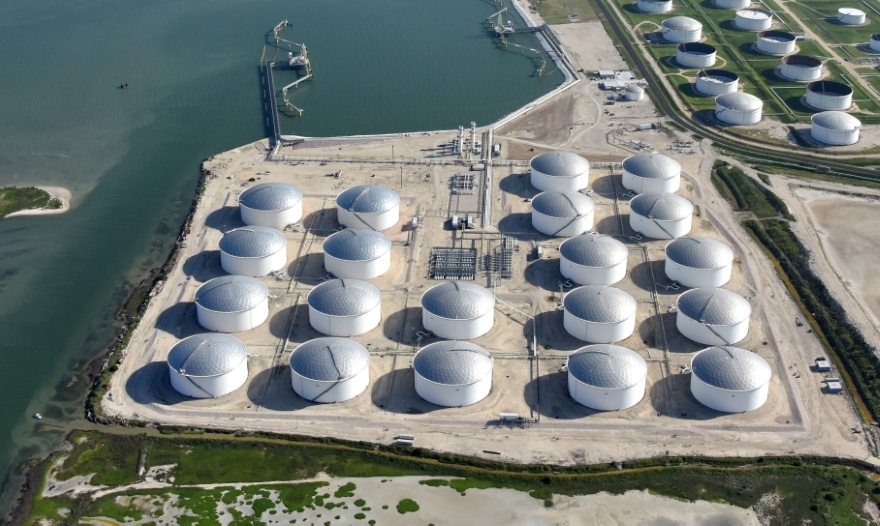 At last count T.F. Warren Group had a dozen subsidiaries with facilities in five states and Canada, giving further credence to being the industry’s “Single Source Solution.”  A prime example is Tarsco Construction building on the Gulf Coast what will be the world’s largest ammonia tank—a 70,000-metric-ton facility. Tarsco utilized T.F. Warren’s seamless vertical integration to source the material from Premium Plate®, using Blastech Mobile® for shop applied coatings, Total Plate Processing® for fabrication, Blastco® for field coatings , and Globaltherm® to supply and install tank insulation.

And that’s just one of the company’s recent reasons for recognition. VUCA notwithstanding, Bardo’s primed to enable more with his military mindset in his modus operandi.

“My education and time in the Army taught me how to think more than what to think,” he says. “For our legal team, I provide purpose, motivation and direction, but count upon them to think for themselves.” 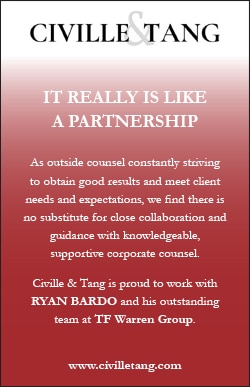 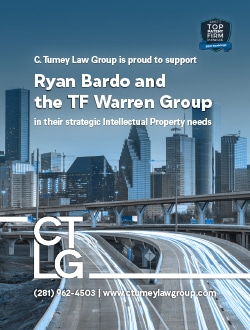 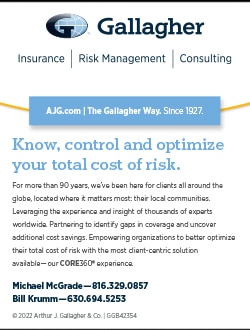