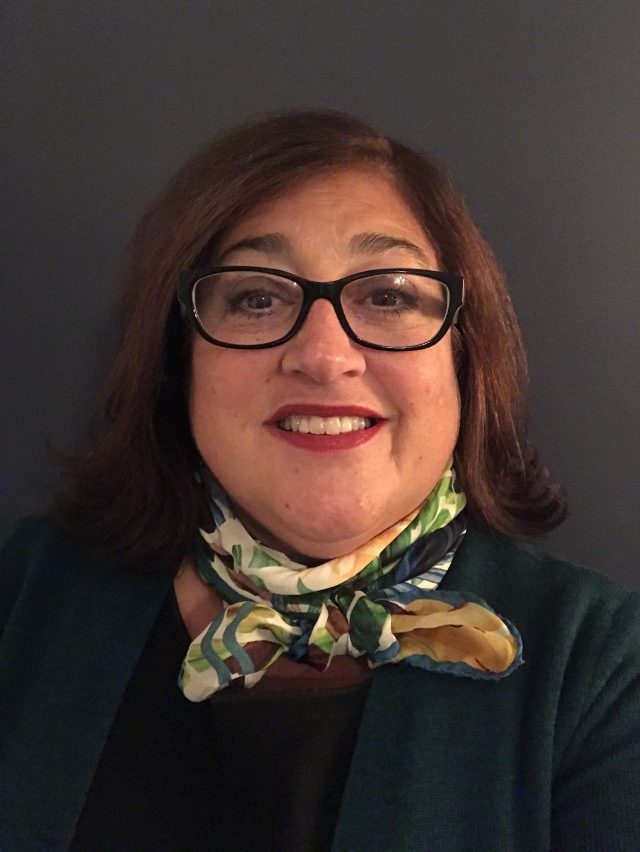 Angela Borreggine knows how to make herself heard—it’s hard not to, considering one of her passions is singing with the Cecilia Chorus of New York as well as the Brooklyn Oratory Choir at St. Boniface.

But the notes Borreggine hits as chief legal officer at Allianz Global Investors are equally high—and complex. As of November, she was guiding the company through a transition of its retail funds business, putting her skills working with boards and expertise in corporate governance to the test.

And that’s on top of her role leading the firm’s U.S. inclusion and diversity initiatives—more on that later.

“The asset management industry is in the midst of tremendous change,” she explains. “Fee pressures, high expenses, lower revenue growth and outflows are creating the perfect environment for mergers. Firms must manage the competing needs to innovate and cut expenses. Change is constant and it will take agility, grit and collaborative leadership to make it through these challenging times.”

Founded more than 125 years ago, AllianzSE, the parent company of AllianzGI, supports more than 82 million clients in 70 countries.

Not only is Borreggine the senior counsel at AllianzGI, she’s also chief legal officer for its U.S. mutual funds business. Now, that business is being acquired as part of a strategic partnership with Virtus Investment Partners Inc., making Virtus the investment adviser, distributor and administrator of AllianzGI’s $23 billion in U.S. fund assets. 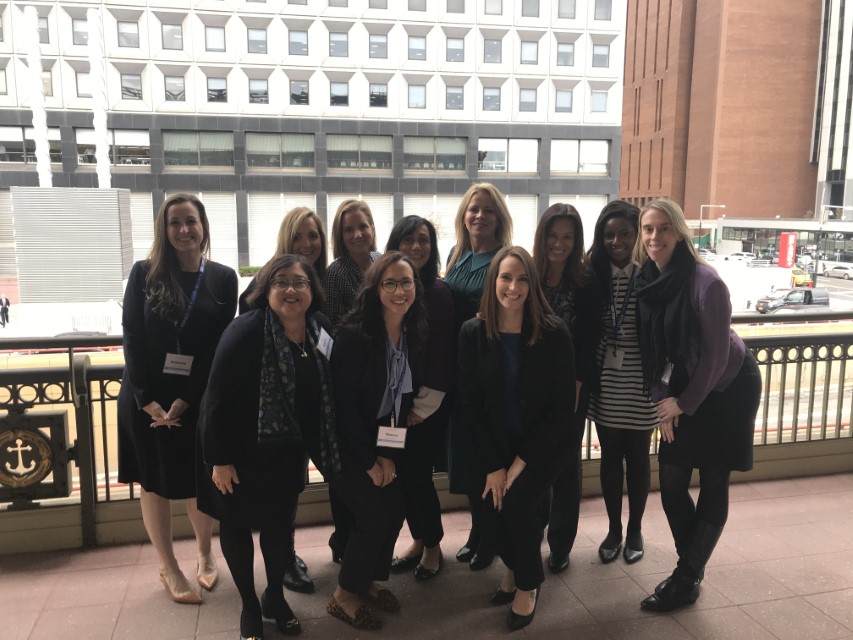 Pictured with Allianz colleagues at the Toigo Women Groundbreakers Summit in 2019.

Though the deal was something of a surprise to Borreggine when she first learned of it in June, she knew AllianzGI was exploring ways it might reduce operating costs, she says.

It’s also a deal that’s put her front and center as the transition continues. She’s worked closely with the board and its counsel and advised company executives on the legal requirements for approving the deal.

“What comes first is having a very strong understanding of the business,” she explains. “And I really have to know the role the board plays and effectively set expectations for senior management. They have to meet their fiduciary duty to investors, and I’m supporting the business and the board on the legal analysis to get us to that place.”

In October, Borreggine worked on the proxy statement providing the details of the Virtus partnership ahead of the shareholder vote on the deal. She and AllianzGI worked with AST Governance, Proxy & Ownership Services President Paul Torre to develop a strategy to get the required shareholder approval vote to move 32 funds to Virtus, with an expected closing in early 2021.

Born and raised in Syracuse, New York, Borreggine is the eldest child of immigrant parents who came to the U.S. in the mid-1950s. Because she grew up in what she calls a “meritocratic” family, she was not accustomed to anyone limiting what she might achieve because of her gender.

Yet by the time she had enrolled at Colgate University in 1982, Borreggine had a growing awareness of differing expectations placed on women strictly based on gender. 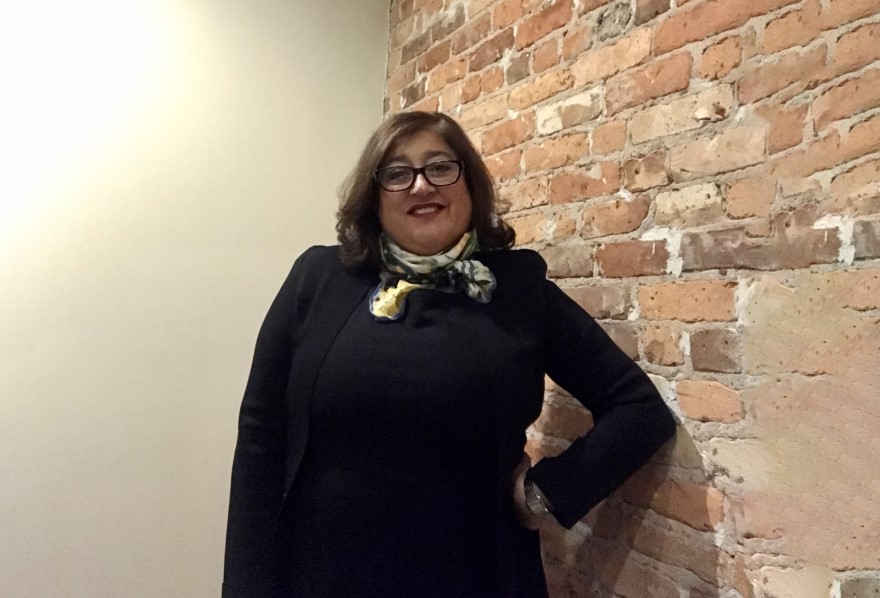 “I was a woman at what had been an all-male university up until a decade before I got there,” she says. “I never thought of it as much then as I do now; when I look back on it, it was kind of a big deal.”

What also impresses her upon reflection is the commitment Colgate made to provide equality in education, and after she earned her bachelor’s in international relations in 1986, Borreggine enrolled at Albany Law School in New York.

Early in her career practicing law in New York City, there was still a lack of support for women and she recalls it was hard to figure out how to fit in—too often women dropped out of work leaving few examples of leadership and a lack of role models and mentors.

Borreggine earned her JD in 1991 and met her husband at Albany Law School. After graduation, they moved to Brooklyn and she began working as a counsel in insurance with AIG. After joining Sidley LLP, she developed her interest and expertise in asset management.

Hired in 2007 as in-house counsel at AllianzGI, in 2011 Borreggine took a leadership role in the firm’s Network of Women. She focused on mentoring, financial literacy, networking and training while hoping to help other women develop satisfying careers and avoid some of the pitfalls that she had run into.

The message to senior management was always that equality in the workplace was paramount, while trying to point out that maybe it’s the workplace, not the women, that needs changing, Borreggine says. She also stressed the need for balance between work and personal life, and that all employees be respected in order to thrive and succeed.

In March, AllianzGI co-sponsored a book event with Ellevate to promote Michelle P. King’s book “The Fix: Overcome the Invisible Barriers That Are Holding Women Back at Work.” The women’s network has also partnered with Marisa Santoro, founder of In Our Shoes, for her Gutsy Leadership sessions designed to help women own their authority and succeed in the corporate world. 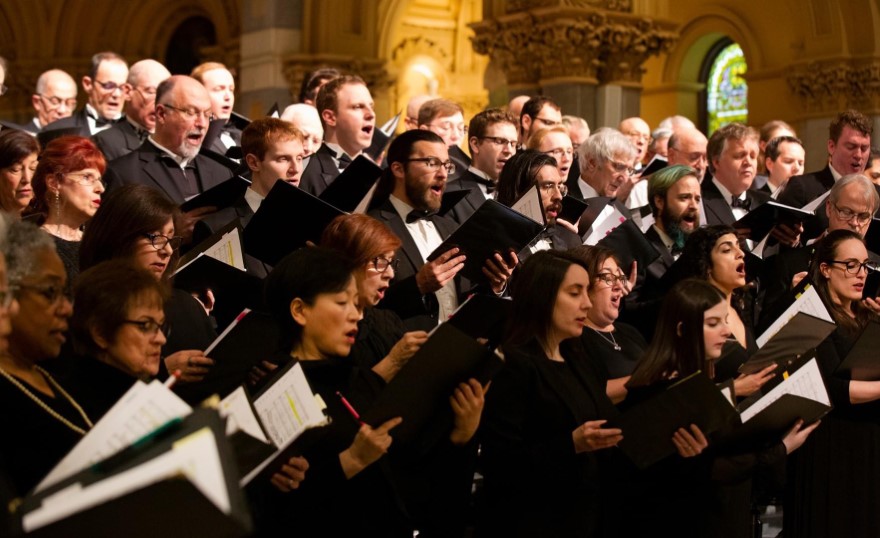 As the Black Lives Matter movement added focus on how to be better allies for each other and for justice, Borreggine led the AllianzGI inclusion and diversity team in preparing a statement in solidarity and an action plan that was delivered to the global executive team.

“I am very proud of the work we did to raise awareness at the firm and ask the senior leadership team to prioritize this critically important topic,” she says. “Everyone deserves the opportunity to work in a fair and equitable workplace and develop to their full potential. If you create a culture that is inclusive, you don’t have to worry about the attributes that make us different. While the workplace has improved for women and minorities, we need to expect more from our leaders.”

Borreggine lends more than her skills and voice to building a leadership network and choral singing. She also manages a financial literacy program sponsored by AllianzGI for students in the Fiver Children’s Foundation. The nonprofit offers a 10-year commitment to children and their families from underserved areas of New York City and central New York.

But wherever the deals may take her, and however Borreggine applies servant leadership to helping people in need, she says lifting her voice in a choir has helped her read the score for the rest of her life and work.

“A huge, huge part of my life is music. It has served me well and inspires me to keep learning, whether for an upcoming Cecilia Chorus concert in Carnegie Hall or in my professional and personal life,” she says. “It’s about the ability to reimagine a future of limitless possibilities where you can live according to your values, and like music, the details matter.” 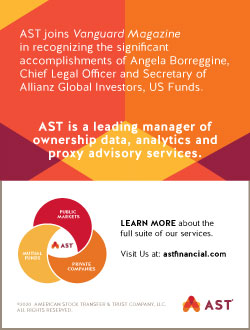 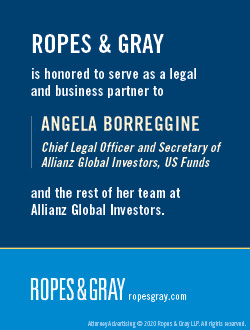