A legal job that feels right at home

In the four and a half years since Angela Petrucci joined Denver-based NBH Bank, a wholly-owned subsidiary of National Bank Holdings Corp., the organization has surpassed a quarry’s worth of milestones.

It established itself as a publicly-traded company. It converted to a Colorado state-chartered bank in 2016. It acquired two banks in 2017. It refined its executive compensation program. The list goes on. 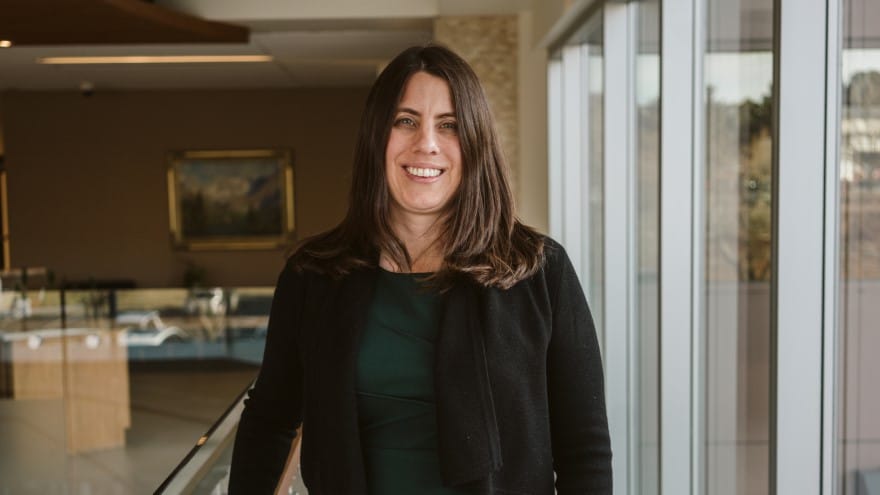 “Angela brings substantial experience to this role and we are confident her background with our company and overall professional capabilities set her up very well,” CEO Tim Laney says.

Petrucci is proud of it all. But her favorite initiatives have involved applying the corporate governance principles she has learned to efforts inside and outside the bank.

Inside the bank, Petrucci has worked on establishing a committee aimed at focusing on diversity and inclusion. In doing so, she has had the opportunity to partner with colleagues from across the NBH landscape to help strengthen the bank’s efforts in this evolving area.

Externally, Petrucci has recently had the opportunity to join the board of directors of the Young Americans Bank, the only bank specifically designed for young people aged 21 and younger. The organization’s mission is to promote youth financial literacy. 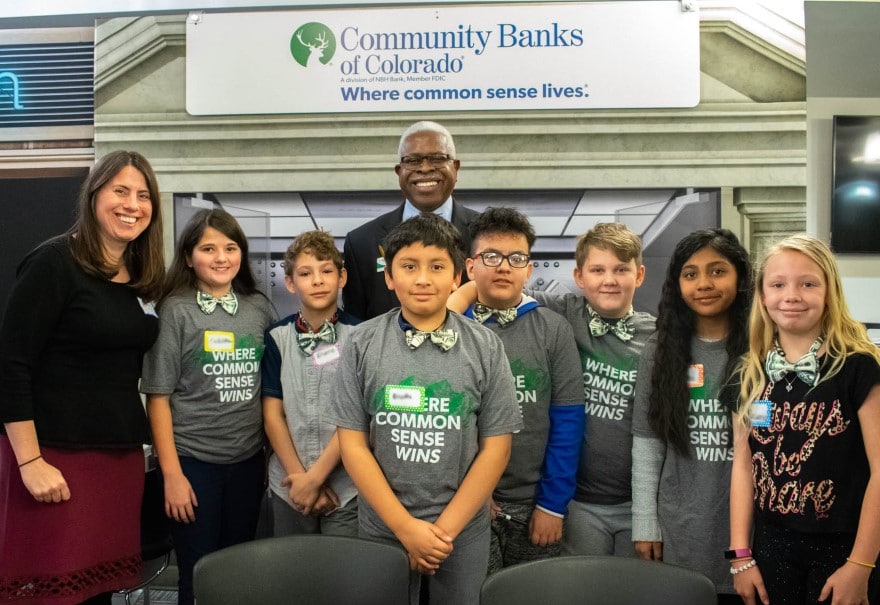 This opportunity enables Petrucci to leverage skills learned from her in-house counsel role and contribute to educational programming promoting financial literacy. Through the organization’s companion nonprofit, it runs the Young AmeriTowne program where fifth-graders across Colorado run a simulated economy after completing an extensive in-school curriculum. Children gain hands-on experience with money management, business basics and the free enterprise system.

“I think it is so vital for kids to understand the importance of financial responsibility and money management,” Petrucci tells Vanguard. “I remember when this organization was formed when I was a kid and know the wonderful impact that it has had on the Colorado education system.”

As general counsel of NBH Bank, Petrucci has primary responsibility for managing litigation risk, including contract risk as well as regulatory compliance from both a securities and banking perspective.

Beyond internal risk, Petrucci also advises on matters like corporate governance and assisting with new market opportunities, including assessing partnerships with other vendors and fintechs.

“Our bank has been dialing in to what that marketplace is going to look like,” she says. “How do you compete with companies that aren’t really banks? How do you stay relevant?” 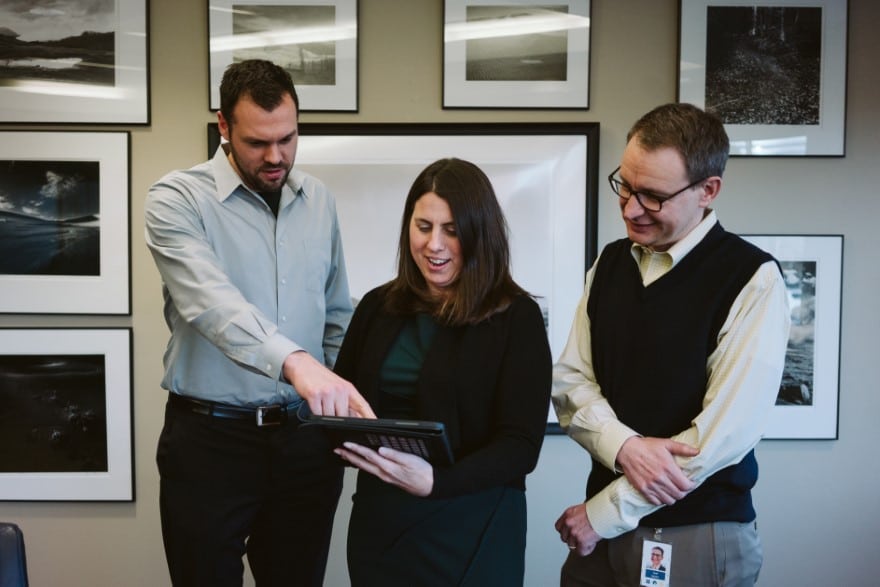 Petrucci also participated in the acquisition of a bank holding company that had two banks—one in Kansas, the other in Colorado. In addition to conducting extensive due diligence and reviewing all the representations and warranties in the deal, Petrucci was responsible for executing the transaction and assisting with the integration of the banks into NBH Bank’s structure.

With this new role as both general counsel and chief administrative officer, Petrucci will not only have responsibility for legal risk, but oversight of compliance (including the Bank Secrecy Act and anti-money laundering) as well as human resources.

Path Back to Home

In many ways, Petrucci’s role at NBH has been a homecoming.

“I grew up in Colorado but, as any kid does, you want to go out of state to experience other places,” Petrucci reflects. “I considered myself a bit of a homebody and was contemplating going to the University of Colorado. But my parents both went to Notre Dame. So I remember visiting as a kid, and my dad’s parents still lived out there. It really felt like home.”

Her father was an entrepreneurial attorney who inspired his daughter to become a business major. While at Notre Dame, Petrucci participated in a study-abroad program in London, where she had her first taste of life in the Big City. After graduating in 1998, she landed at the Chicago-based First Chicago Bank (later acquired by Bank One and, ultimately, JPMorgan Chase) as a credit analyst. 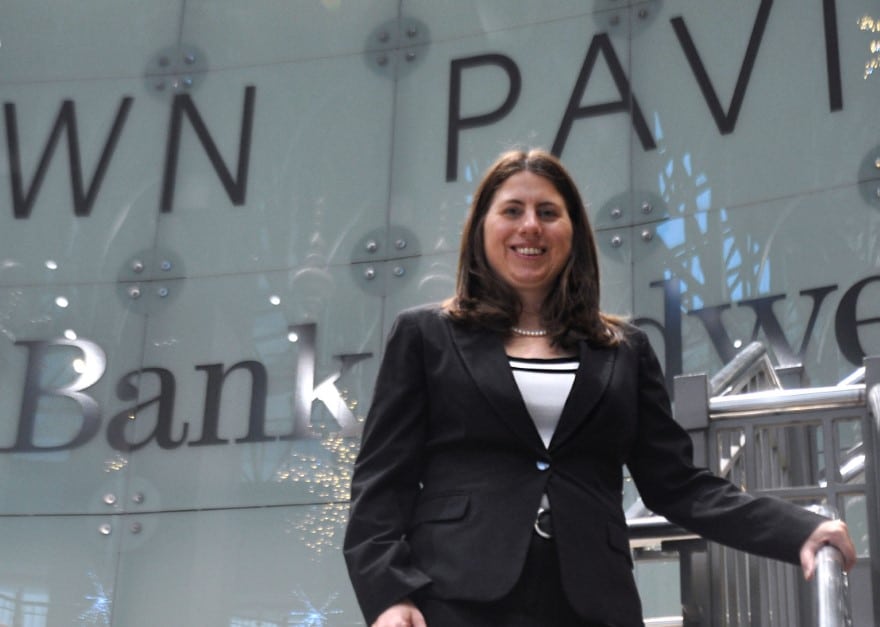 “They trained you how to analyze financial statements and be a banker, really. I rotated through various departments, became a relationship manager. It was a real interesting experience, but I knew I wanted to pursue additional training and education.”

She says she found herself frequently on the phone with in-house legal counsel and realized there could be a path for her to become a lawyer.

“I was pretty sure I didn’t want to be a banker per se,” she recalls.

She had had a choice between law school and earning an MBA, and so she went with law school—again at Notre Dame, where she focused on business law.

Upon graduation, Petrucci returned to Chicago to work at a law firm, Chapman and Cutler LLP, to do structured finance transactions.

It was the heyday of asset-backed securitization, she recalls.

“A colleague and I were working long hours to get these deals done. Ultimately, it helped me realize I didn’t want to be in a law firm forever.”

In November 2007, a headhunter for the consulting firm Accenture reached out to a friend of Petrucci’s, eventually extending her an offer to come aboard “to do public company-related work,” she recalls. 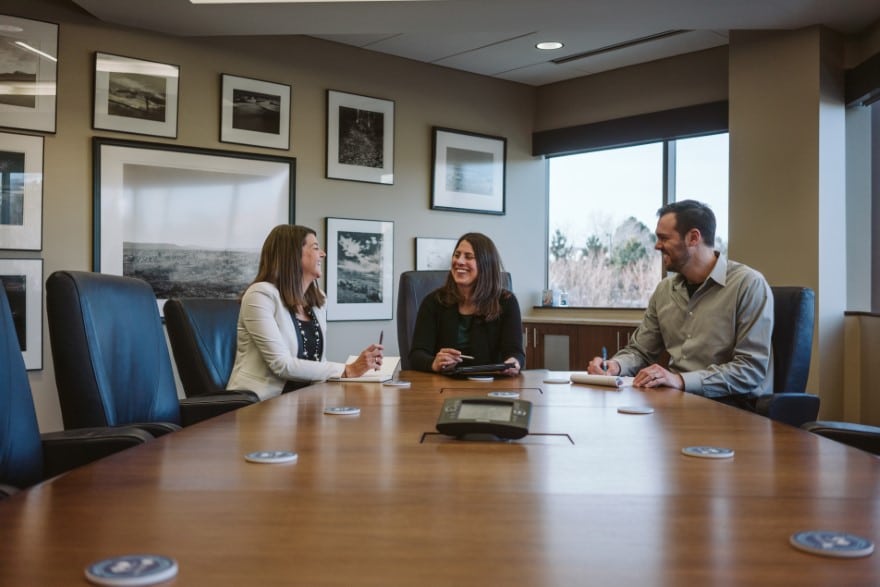 After several years with Accenture, there was some turnover of her friends and colleagues, which allowed her to step back and ask, “Why am I still in Chicago?” – especially as she and her boyfriend had been trying to get back to Colorado.

“Having that experience at a larger public company that had faced a lot of corporate governance topics turned out to be invaluable training,” Petrucci says.

Armed with a law degree, she finally got a chance to move back home and experience working in an in-house law department of a Fortune 500 company with 1,400 people in her department.

Happy to have been abroad, in the big city and exposed to some of the largest companies as well as experiences in banking, Petrucci feels like she’s come full circle. 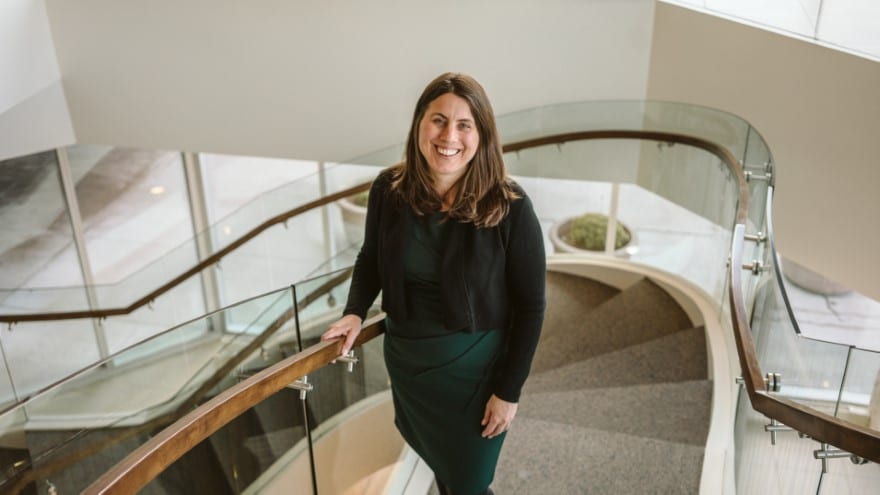 Returning to Colorado has been, for her, a perfect time and place. She’s able to apply valuable lessons learned at a larger public company while enjoying the white-capped Rockies of her youth, where she can ski, hike, enjoy the outdoors and visit her large and extended family at frequent gatherings.

The move back to Colorado has been increasingly important of late as Petrucci was able to spend more time with her father, who recently passed away early this year. “It’s been so hard to lose my dad, but I’m so grateful I have had the opportunity to be with him in his final years,” she says. 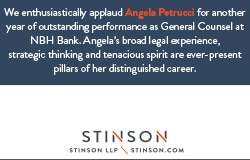