AGC takes the winding path to the top of telecom

Sometimes, the road less traveled has the most interesting scenery.

Such was certainly the experience of Angela Frazier. While her career path was far from linear, she eventually found her way to her current position as assistant general counsel at Cox Communications, where she’s helping the country’s third largest internet, cable and phone provider keep its legal house in order.

Most notably, as updates are made to the Telephone Consumer Protection Act—enacted in 1991 to limit pre-recorded and autodialed calls to mobile numbers—Frazier ensures Cox stays compliant to avoid fines and penalties.

She and her team do the same for other consumer-related laws, helping colleagues and other departments understand the changes and update processes and procedures. As an example, Frazier says Cox can’t call a mobile phone number if that number was reassigned to another customer, even if the number was first shared voluntarily.

“In order to combat that, we have algorithms in place to scrub the numbers in our system, to make sure we are not calling re-assigned numbers,” Frazier says. “Because it’s a strict liability statute, we adopted this quality control process early on. Since then, we have seen significantly less litigation.”

She also assists multiple units—including the company’s privacy team—in contacting customers about incidents, such as how they can minimize their risk of becoming a victim of a hack (as well as protecting Cox from risk).

“My main role at Cox is to defend it from complaints and arbitrations,” Frazier says. “Like a lot of companies, we’re subject to being hacked, so when we do have an issue, I see my role as dealing with complaints from customers. If a customer is hacked and thinks Cox is liable it lands on my desk.”

For Frazier, this means a lot of educating. For instance, she says it’s important employees understand and adhere to laws, and that Cox’s vendors have a strong compliance posture (on everything from TCPA to the Fair Debt Collections Practices Act). A few years ago, Frazier created a cost recovery committee to recover money from vendors that have, in error, taken action that resulted in Cox paying or incurring damages.

“If we determine that we have any liability, whether 1 percent or 100 percent, it is part of our culture to rectify the situation,” she says. “We don’t fight unnecessarily but we also won’t roll over and pay money unnecessarily. My job is to defend my company and I take it to heart.”

How Frazier became able to handle so many tasks at once is a story in its own right. After graduating from Loyola University New Orleans in 1986, she was accepted into the Loyola University, School of law. But it wasn’t in the cards. Instead, she decided to move to Atlanta with her mom and took a job at AT&T, where she eventually moved into project management.

Years after landing the job at AT&T, she decided to start a family, buy a house and purchase her first luxury car. She also made good on a dream she’d had for years, deciding to attend law school—even when her twins were born prematurely.

Frazier took the LSAT but didn’t score well enough to get into her target school. She then took the LSAT again and got the same score. It was then that Loyola contacted her and encouraged her to apply for a scholarship (even though the scholarship period had ended).

“Those 15 years at AT&T gave me the focus and drive I needed to succeed in law school,” says Frazier, who contributed to the school’s law review and moot court. “The timing was right.”

That business acumen and drive also helped Frazier be ready to build and direct teams. After graduating law school with honors, she joined the firm of Kilpatrick Townsend, where she worked for eight years as a litigator before moving to Cox, where she has risen to assistant general counsel.

On her days off, when she can, she drives her 22-year-old BMW convertible, listens to music and tastes wine—proof, she says, that people can have fun and make career changes later in life.

“It’s a culture like no other.” Frazier says of working for Cox. “It’s run by a philanthropic family that has high morals, ethics, and values. It’s not just the talk, but the walk. Cox truly values its employees as much as it values the money it makes. They make their employees a priority. Equity and inclusion is important, and they’re constantly striving to make our environment as diverse as possible.” 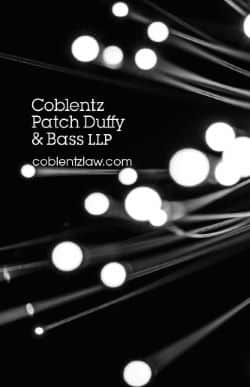 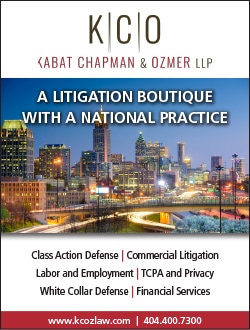