Protecting the future of cocoa and its farmers

A world without candy—a world without chocolate—feels unfathomable. Yet, it’s something Mars Wrigley and its assistant general counsel of cocoa and global initiatives, Stephanie Felicetty, are working daily to prevent.

Just consider, she says, that cocoa production in Côte d’Ivoire and Ghana accounts for almost two-thirds of the world’s cocoa supply, and both countries face deforestation, an issue that can be worsened by agriculture. 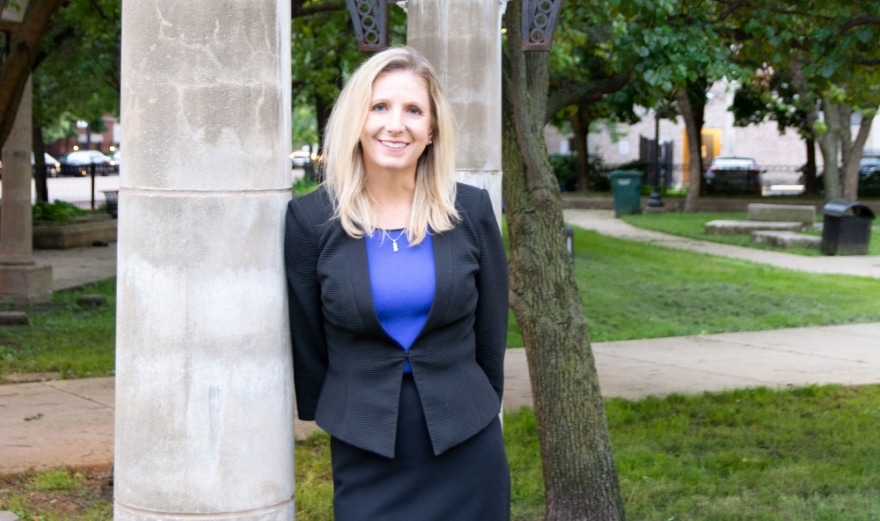 Protecting the forests, from the cocoa trees to the soil in which they grow, is one of the reasons Mars Wrigley launched its Cocoa for Generations strategy in September 2018 as part of the overarching “Mars, Incorporated Sustainable in a Generation” plan, Felicetty says. Mars Wrigley operates under the Mars Incorporated umbrella and focuses on the manufacturing of treats and snacks—think chocolate, chewing gum, mints, and fruity confections.

While the Cocoa for Generations strategy covers many facets of sustainability, according to Felicetty, the focus is protecting children, preserving forests and improving farmer income. Felicetty provides the business with legal guidance on everything from agreements with external business partners to external communications and reporting. She also helps the company’s teams understand sustainability regulations and law.

“Our hope is to set the bar high on sustainability and to be a role model for other companies so that they strive for similarly high standards,” she says.

A supply chain waterfall of cocoa

Felicetty says that Europe is leading the charge in these areas, with France having a due diligence law in place since 2017 and Germany adopting one in 2021. The U.K has had a modern slavery act since 2015, with Australia following suit in 2019. Most recently, the European Commission published a proposed corporate due diligence directive that is still in development.

Given the wide scope of these laws, Felicetty partners with a network of internal and external consultants, with a focus on the cocoa supply chain. She puts in place agreements that govern relationships with external parties and also details key sustainability objectives.

“Collaboration is key to a thriving cocoa supply chain and why we also work with suppliers, governments, non-governmental and expert organizations alongside other entities to progress our sustainability goals,” she says. “To make lasting, impactful changes in the area of sustainability, we must work together.”

She says Mars Wrigley also aims to publish information on its sustainability initiatives that is easy for the public to access and digest. For that, Felicetty works with the business and external communications department to generate updates on these initiatives, which are published on the company’s public website and shared with news media.

She adds that she and her Mars Wrigley colleagues were thrilled about releasing the company’s first human rights report in 2021. The report, Respecting Human Rights in the Cocoa Supply Chain, outlines what has been learned, how to enhance the efforts, and collaboration needed to achieve the company’s 2025 human rights goals.

“Publications such as these result from the efforts of a cross-functional team of experts,” Felicetty says. 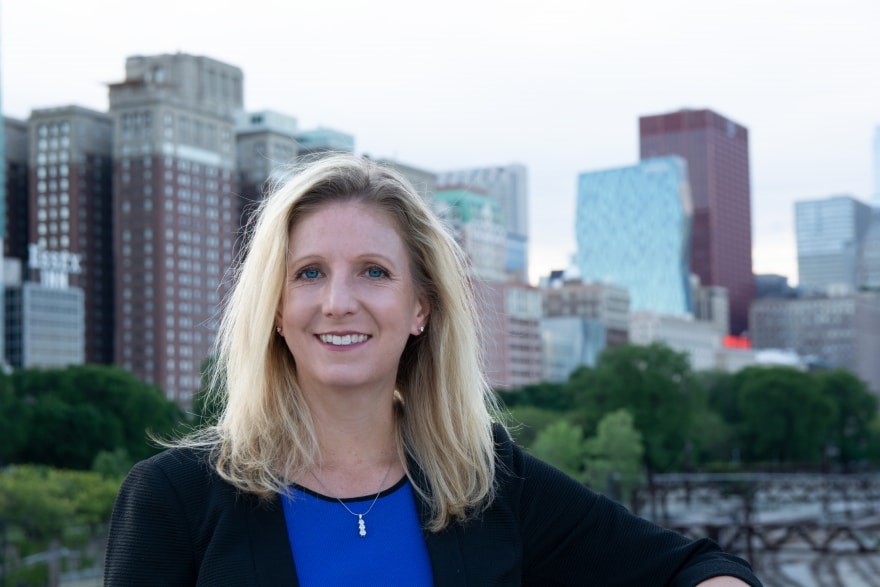 She further explains that across the world, companies must be aware of the potential for “greenwashing.” In order to draw in consumers, a company may, for instance, claim that a product has been produced in a sustainable manner—when this may be unsubstantiated or difficult to prove, leading to litigation.

“At Mars Wrigley, we strive for transparency through clear and accurate consumer communications and product labelling,” she says.

A sweet treat of a career

As much as she now enjoys her global in-house counsel role, she was more interested in science than in law when she was in high school—so much so that she graduated from Youngstown State University with a bachelor’s in chemical engineering.

While she enjoyed an introductory business law class that she took in high school, she recalls that she had no idea law could be married with science through patent law. She came to this realization later, while working at a company during law school after speaking with a few patent attorneys there.

“A light bulb went off during that discussion—and that’s how I ended up graduating from the University of Akron School of Law with a focus on intellectual property law,” she says.

After spending seven years in private practice, she wanted to see what it would be like working in-house instead of having to be on the outskirts of a business. So, she joined a global oil and gas company as an intellectual property counsel. During that time, she also had a six-month stint in London, where she practiced commercial law for that same company.

Getting her first taste of international in-house law practice, she was excited to join Mars Wrigley, starting as a senior intellectual property counsel in 2015 and being promoted to her current role of assistant general counsel of cocoa and global initiatives in January 2020.

“I love working for Mars Wrigley. They are part of a business that has been family-owned for over 100 years and that is committed to making a positive societal impact,” Felicetty says. “The ultimate goal is to not only create better moments and make people smile with our beloved treats and snacks, but also to make a difference in the world.” 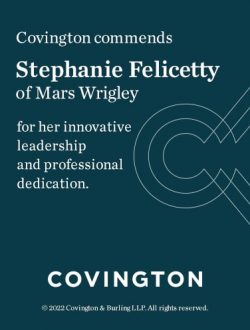 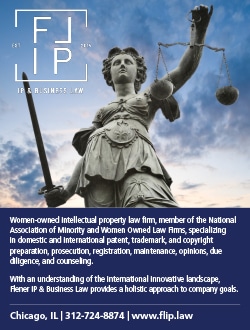