Breaking the GC mold through tattoos and female mentorship

Meditation, a cup of coffee, studying martial arts—people have many ways to tackle stress and find the courage to conquer obstacles at work and in life. Annie McGuire just looks down at her left forearm.

Inked in her forearm is a quote from French-Cuban-American writer Anais Nin: “Life expands or contracts in proportion to one’s courage.” 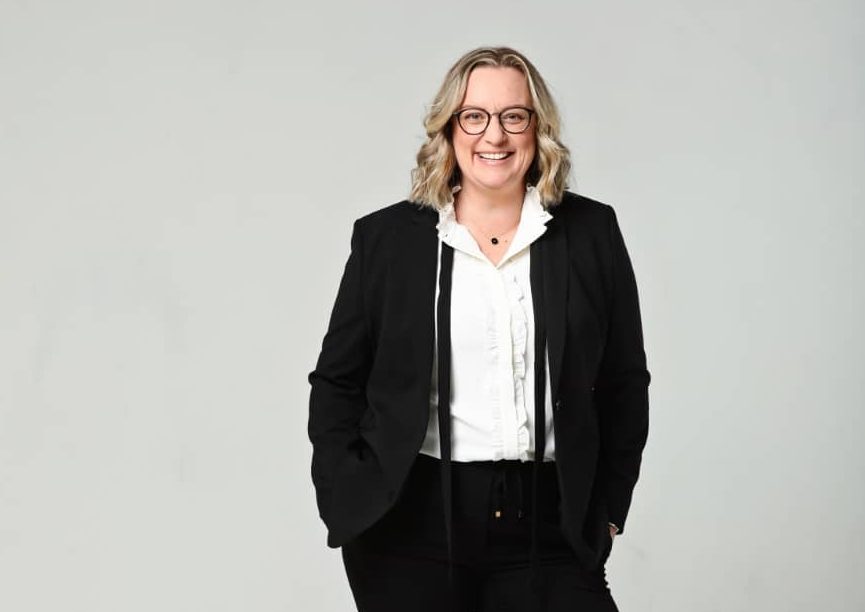 Before she got the tattoo, McGuire had to rely on grit, especially when starting her career. She recalls a particularly jarring experience as a young first-year attorney. Hungry for knowledge and eager to learn from senior partners, she stepped into the office of a successful senior attorney to discuss an ongoing case. Instead of receiving mentorship and coaching from her, McGuire was berated for not being more knowledgeable.

“I felt demoralized and ashamed to the point that I began rethinking my career,” she says. “As a woman in a male-dominated field, I already felt somewhat isolated—that experience made me an island.”

Not long after, McGuire made a mistake on a project at the same firm and was terrified to tell the senior partner. Even though she didn’t have her tattoo yet for moral support, she was determined to be authentic and honest.

The senior partner’s response? He told her she was human and bound to make mistakes; the trick, he said, is to not make the same errors twice. In that moment, she learned two things: that she wanted to be a compassionate lawyer like him and that she should always be true to herself.

“We need more female mentors who inspire and uplift rather than berate, chastise and compete against one another,” McGuire says. “We female lawyers already have enough to tackle in a male-dominated profession.” 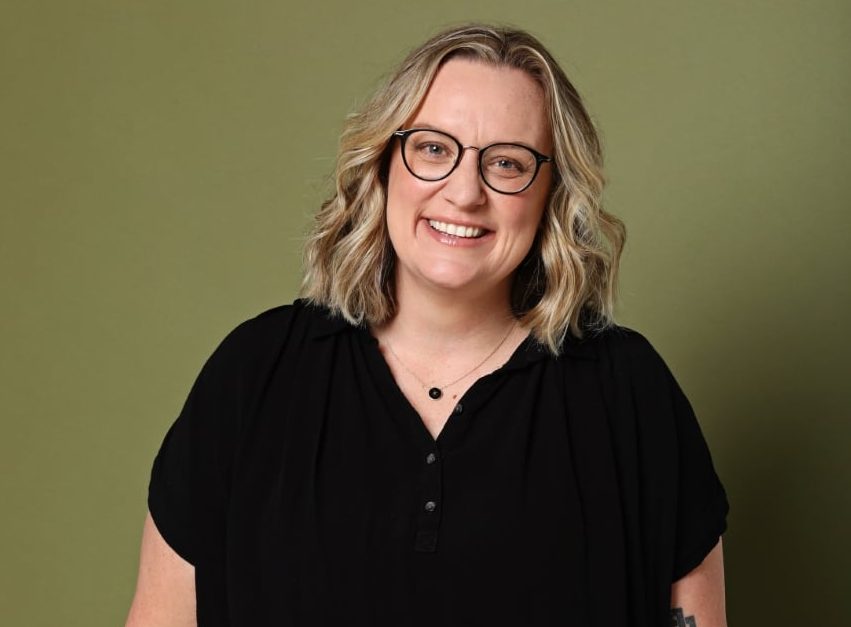 That’s one reason why she was drawn to the California-based Veracyte Inc., a global genomic diagnostics company that improves patient care through answering important clinical questions, which then inform diagnosis and treatment decisions.

As Veracyte’s senior vice president and general counsel since February 2022, she leads a team of seven attorneys and professionals—men and women of varying ages, socioeconomic and cultural backgrounds, including a team out of Marseille, France, because of Veracyte’s acquisition of HalioDx.

She also works with human resources, an area that’s always captured her interest. She’s excited to have a more direct hand in promoting a diverse and inclusive environment, especially at a female co-founded science and technology company.

“I’m beyond excited because, well, let’s be honest, lawyers are not always seen as the most open or collaborative,” McGuire says.

May the force be with legal

Part of building a better team is injecting fun into legal.

Prior to joining Veracyte, McGuire and her legal team at Rakuten Medical had a chance to present at a global company town hall. They decided to introduce themselves as Star Wars characters, based on their personality traits, as McGuire wanted the presentation to be entertaining and engaging as well as educational.

“We were delivering information that many find dry, but that doesn’t mean it needs to be boring,” she says. “Our patent law attorney was Yoda, and she had everyone hanging onto her words. The feedback we received was the legal team had set the bar very high for engaging company presentations.”

When discussing characters, McGuire’s team immediately pegged her as Obi-Wan Kenobi, the leader and trainer of some of the most well-known and beloved Star Wars jedis. She resisted, saying she was only as good as her team. When they reminded her that every team needs a fearless leader, she humbly accepted the character designation. 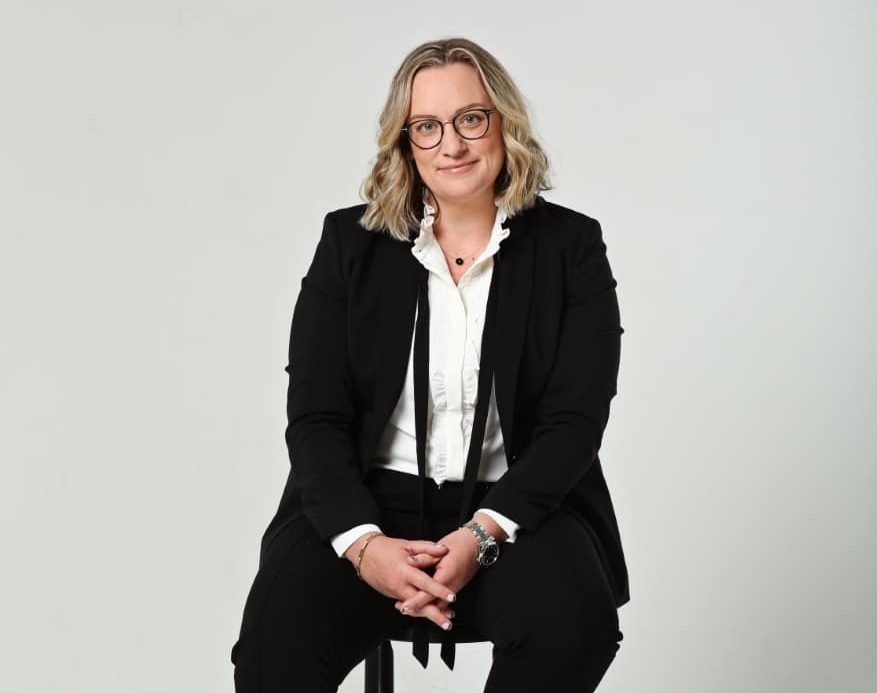 Part of her resistance, she says, comes from growing up on welfare in a blue-collar New Jersey family. No one in her family had attended college, let alone law school.

“Even though my father didn’t receive a formal education beyond the eighth grade, he was still very wise,” she says with a chuckle. “He’s passed, but I still look to him for advice on many things.”

McGuire found career-related support on the soccer field at a very young age. She relied on her high school coaches and academic mentors to guide her to a partial undergraduate scholarship at Pace University’s Westchester campus. Soccer led to a hip injury, ending her plans to be a field agent with the FBI and instead prompting her to consider being a prosecutor.

When she realized education debt would prevent her from pursuing prosecution, she took a breath and pivoted. A year before graduating from New York Law School, she worked as a summer associate at a New York law firm with the desire to specialize in white collar criminal defense. She says she quickly realized the nature of litigation meant the process was always adversarial, even with her clients.

“For me, you make a choice when you start practicing and I chose counseling over litigation,” McGuire says.

She adds that she’s all about breaking the mold and following one’s personal path. Her 15 tattoos are one example of that.

“Like the Anais Nin inspired one, I have another tattoo that holds deep significance in my life, helps me stay focused and never forget my goals,” McGuire says.

The visible ink on her right forearm reads, “It’s good to have an end to journey towards, but it’s the journey that matters in the end.” 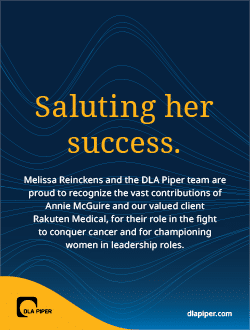 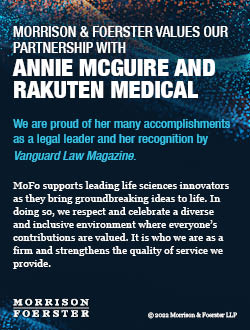