Talk to a lot of lawyers and they’ll tell you they became interested in the law because of a parent or close family member who was an attorney. Or they enjoyed watching LA Law or Law & Order on TV. Or they were on the debate team in high school and fancied a career as a litigator.

These were not Suzan Levin’s experiences.

Levin was born in Ukraine, which was then part of the Soviet Union, and she came to the U.S. with her parents when she was six years old. While she was younger and as she progressed through school, she became interested in international relations and “the strategic and complex collaboration between governments.” She wanted to become a diplomat. 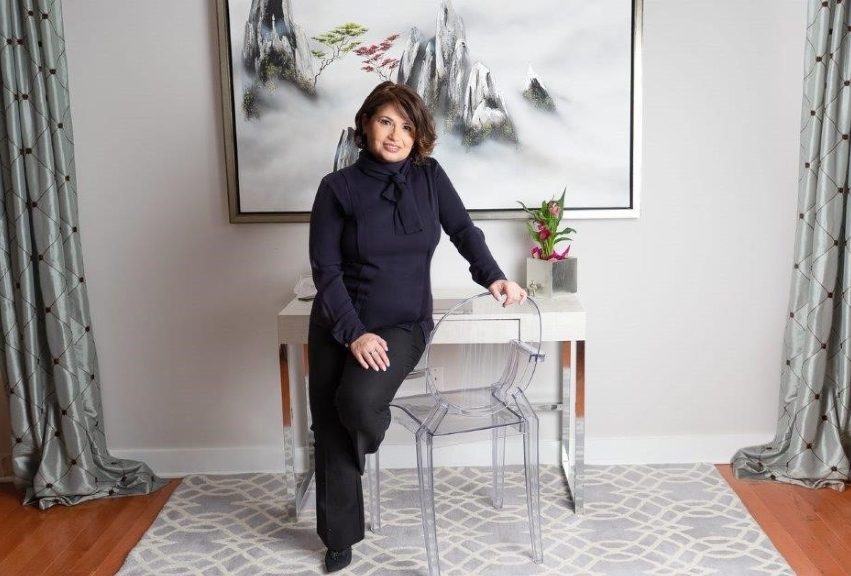 While studying abroad in college, a mentor with whom she had shared her career goals, confirmed that she would be a strong candidate for the U.S. Foreign Service. Levin was thrilled, but then her mentor pointed out something Levin says felt like an anvil dropping on her head. Because Levin spoke fluent Russian and was educated in the U.S., she’d most likely be assigned to one of the former Soviet republics if she joined the Foreign Service.

“I wasn’t going to be able to tell my parents, who sacrificed everything to bring us to the U.S., that I was going to willingly go back to the Soviet Union for work,” Levin says, “I had to re-assess and think about what I was going to do, and I eventually chose the law.”

Now working for Pfizer as an assistant general counsel, Levin oversees legal matters for the company’s clinical research collaborations, a team she has led since 2017. She says it’s a unique program that enables Pfizer’s partners to conduct clinical trials according to the company’s high standards for data quality and integrity, and to regulations set by the Food and Drug Administration and other regulators globally.

It also involves cultivating and nurturing partnerships with universities and institutions around the world—such arrangements helped Pfizer generate data vital to the breakthrough development of its COVID-19 vaccine, Levin says. She also works with Mark Barnes, a partner at Ropes & Gray in Boston, and other member representatives, on the Multi-Regional Clinical Trials Center of Harvard University and Brigham and Women’s Hospital, a project designed to improve the planning, conduct and regulation of multi-national clinical trials, with an emphasis on trials in the emerging economies. 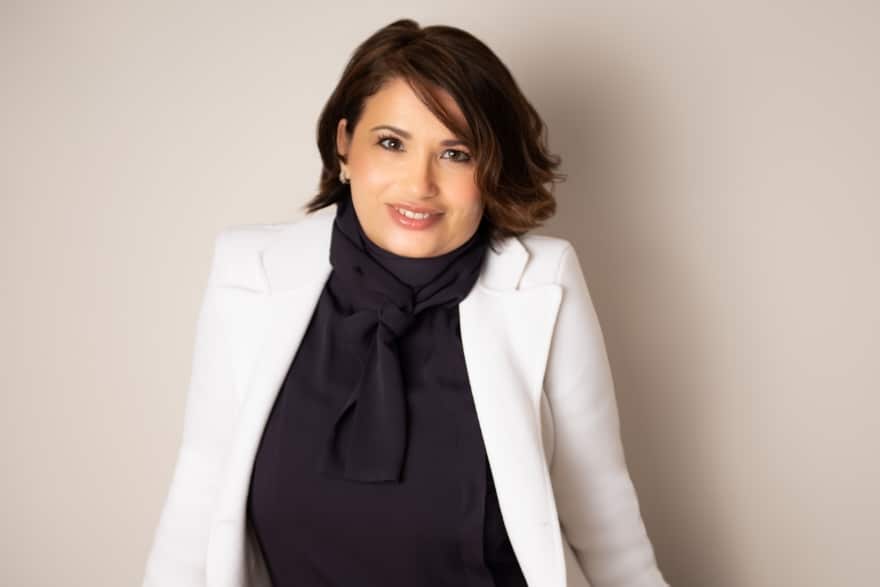 There’s a small community counseling on regulatory law for clinical trials within the greater pharmaceutical law industry. That means reputation is everything, Levin says.

Levin says nurturing relationships, both personal and professional, has always been a cornerstone of her personality—she’s had the same best friend since she was 16, and after several decades, they still communicate every day. She says her parents instilled in her the importance of telling people the truth and putting a value on other peoples’ experience, knowledge and time. She uses that when she enters into a negotiation with a new or past partner.

“While growing up, my father often quoted a Greek philosopher who said that we have two ears and one mouth so we can listen twice as much as we speak,” Levin recounts. “I use that advice with every interaction.” 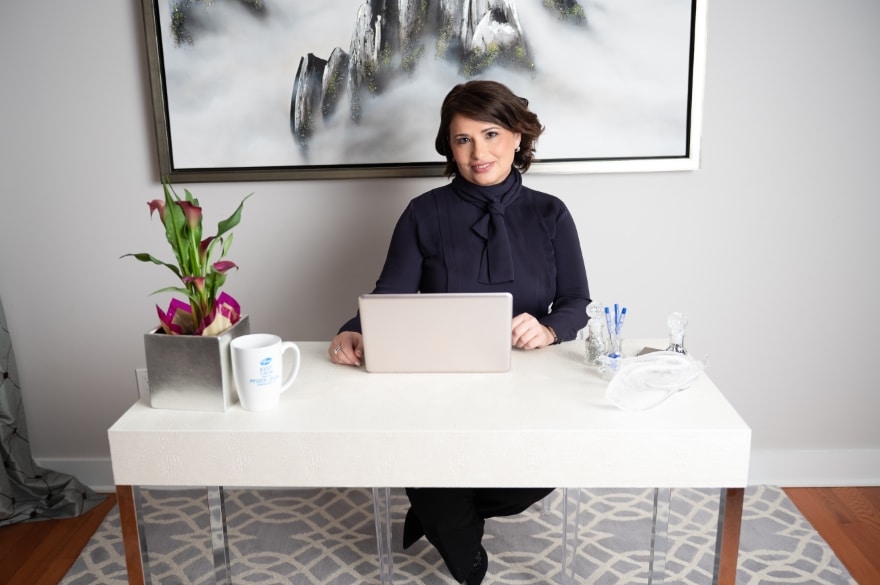 Understanding that and using that to fortify a relationship is a crucial part of the process for colleagues that work with her, she says.

“People sometimes get intimidated by the name Pfizer, so I try to ensure that I’m respectful and thoughtful and recognizing of the value the other side is bringing to the table,” Levin says. “The relationship doesn’t end when you sign a deal. That’s actually when it begins, and the negotiation process sets the tone for that future collaboration.”

In addition to bringing experience and building goodwill, Levin says she and the other attorneys on her team seek the best type of collaboration for Pfizer and its partners, whether it’s through clinical research, a digital health initiative or another type of partnership.

Levin earned undergraduate degrees in international relations and Russian and East European studies from Tufts University. While she was a junior, she studied abroad in the Netherlands as part of a program sponsored by Tufts and the United Nations. She met a lot of diplomats and members of the Foreign Service, including the pivotal mentor whose advice would change the trajectory of Levin’s career.

After that eureka moment while studying abroad, she returned to Tufts and was told by her college advisor that she could use her skills to go to law school.

“At first, I was heartbroken because I had a clear path that I charted for myself in diplomacy,” Levin recalls. “The conversations with my mentor and advisor were real turning points in my life.”

Levin worked as a paralegal for a year before law school, eventually earning a law degree at Northeastern University School of Law in Boston. Following graduation, she spent the first five years of her career at Goodwin Procter. 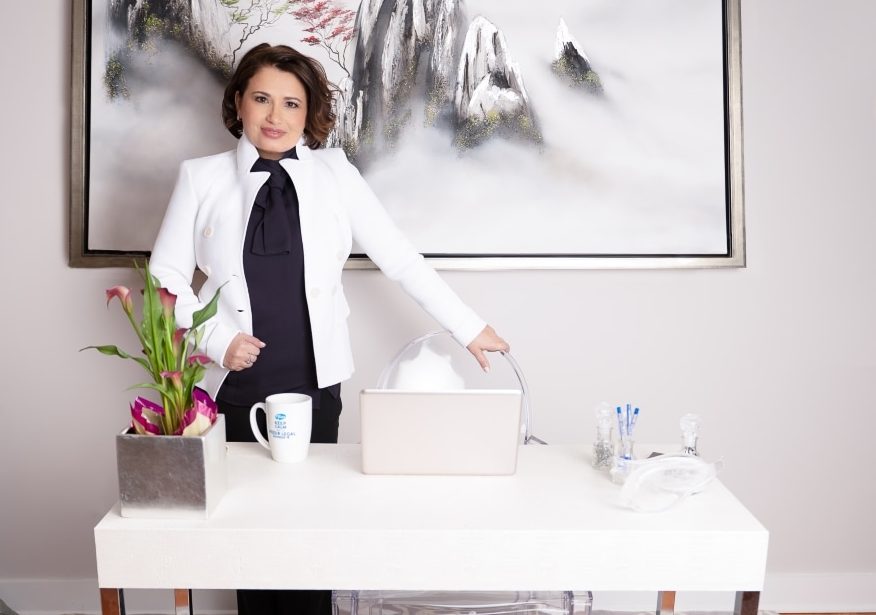 At Goodwin, Levin’s work was split between transactions and the daily legal needs of clients. Her regular clients were small biotech companies, where she learned about their businesses and about the biotech industry.

“I got to work with them on both routine legal matters, as well as major transactions like mergers and public offerings,” Levin says. “The work was exciting and intense, but I also wanted a family and to stay in Boston.”

Levin joined Wyeth in May 2005 as a senior attorney. When Pfizer acquired Wyeth in 2009, she stayed on with the new organization as senior corporate counsel. In September 2013, she left to be a senior counsel for Parexel, a contract research organization. She returned to Pfizer in her current role in January 2017.

“I have had a fantastic career and I love what I do,” Levin says. “I’m also a mom who is keenly aware that my daughter is watching me. I want my choices to inspire her to work hard and succeed at whatever she puts her mind to. I also want her to listen twice as much as she speaks so she, too, can hear the knock of unexpected opportunities.” 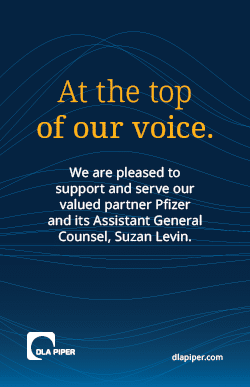 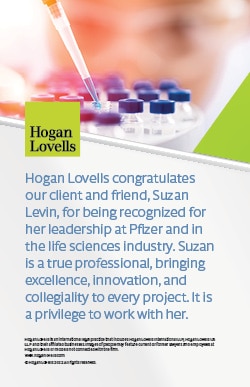 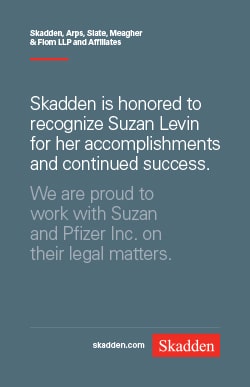 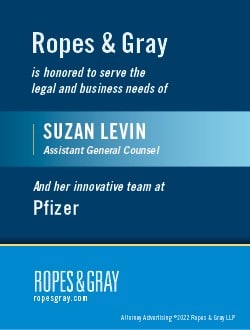 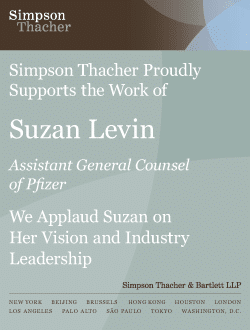