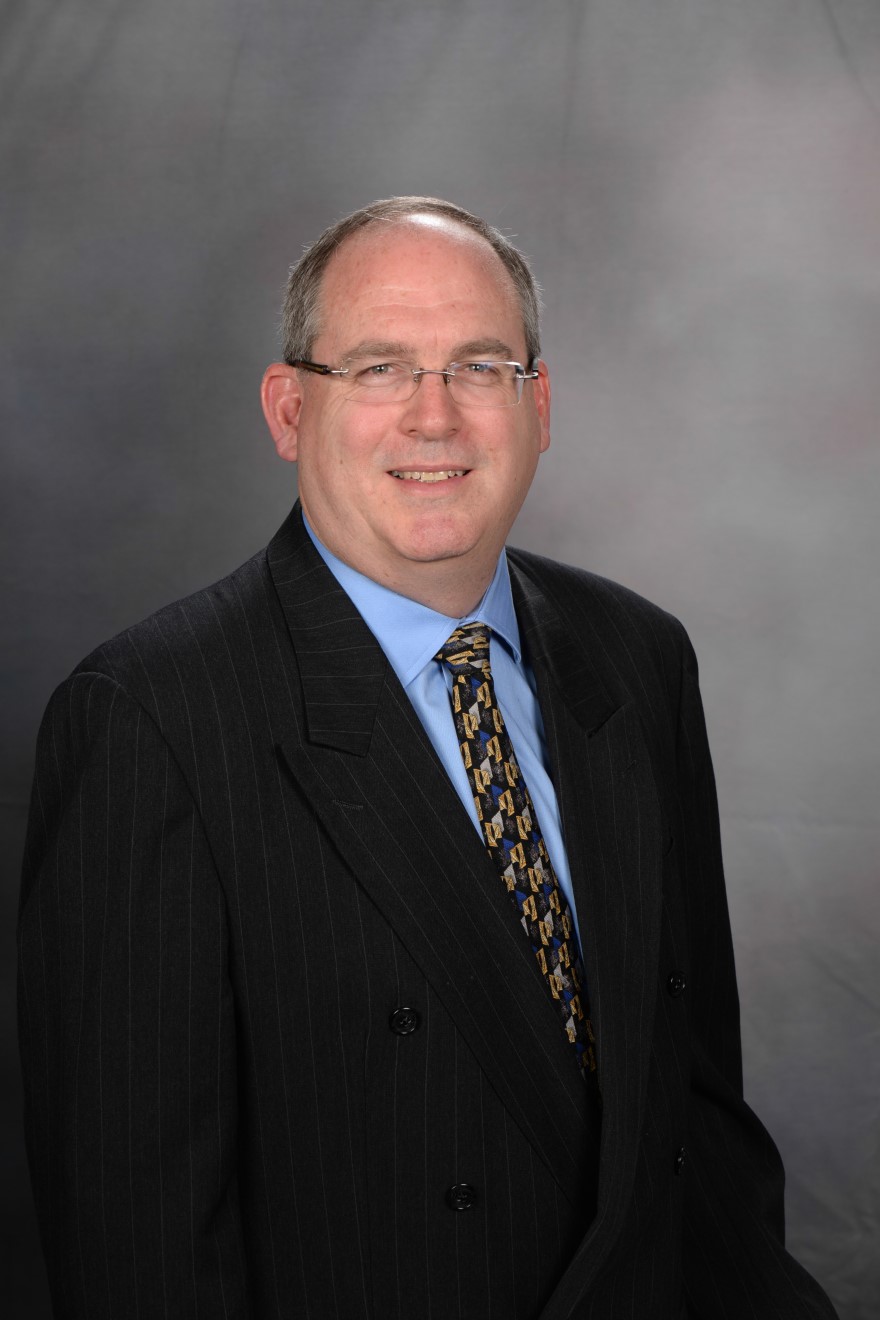 It seemed like just another morning—until employees got to their desks to find pudding cups with a note reading: “The proof is in the pudding.”

To explain: The day before, incoming Ligand Pharmaceuticals CEO John Higgins gave a speech to employees about his philosophy, his goals for the company and the “period of high change” that comes with management shifts. Of course, he said, his job was to back up his promises. Hence, the proof would be in the pudding.

Charles Berkman likes to share this anecdote to illustrate the unique culture at Ligand—not to mention the biopharmaceutical company’s diverse portfolio, innovative products and constant drive for growth.

These combined factors have all kept the vice president, general counsel and secretary with the company—and continuously engaged and intellectually stimulated by his work—for nearly 20 years.

“My role has changed, the company has changed, it’s continued to be interesting work,” Berkman says. “It’s a good group of people to work for and with.”

Based in San Diego, the publicly traded Ligand acquires and develops early stage drug technologies, then partners with more than 130 different pharmaceutical and biotech companies that further hone them, seek regulatory approval, and then (if granted) commercialize them.

The company’s portfolio of currently approved drugs includes those treating cancer, osteoporosis, fungal infections and low blood platelets, Berkman explains, while those in clinical development are targeting seizures, comas, cancers, diabetes and cardiovascular, liver and kidney disease, among others.

Of significance recently, the company’s patented Captisol® technology is being used in the first U.S. authorized COVID-19 treatment. Ligand’s partner, Gilead Sciences, uses Captisol® in its antiviral Veklury® (remdesivir), which received an Emergency Use Authorization in May from the U.S. Food and Drug Administration. 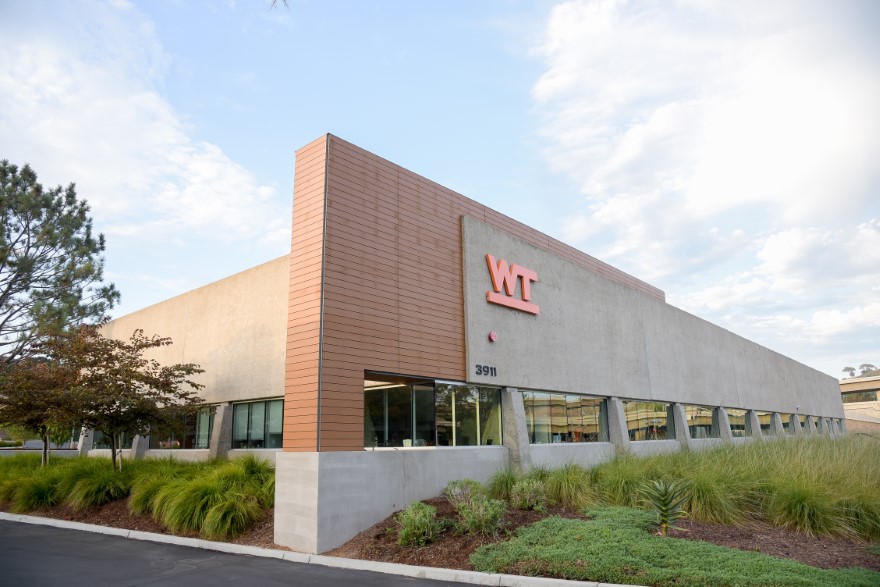 After a more recent approval, Veklury is now the first and only approved COVID-19 treatment in the United States. Another partner, ImmunoPrecise Antibodies, is also developing a treatment using one of Ligand’s genetically engineered OmniAb® products.

As Berkman explains, Captisol® is used in many products beyond COVID-19—including in Kyprolis®, a cancer treatment developed by biotech company Amgen.

For legal-department-of-one Berkman, this makes for an active, fast-paced environment and broad-ranging work. He does everything from handling major strategic transactions and mergers “on a pretty regular basis” to managing a significant IP portfolio of more than 1,200 patents worldwide. Ligand has made more than 20 acquisitions and investments over the past 12 years, deploying approximately $1 billion of capital.

To help manage this load, Berkman partners with outside counsel, including a team at Knobbe Martens’ San Diego and Irvine, California, offices. As partner Joseph Reisman explains, the firm started working with Ligand 20 years ago and has handled a wide range of patent-related matters for the company, including patent prosecution and litigation, and portfolio evaluation.

Notably, Knobbe Martens is proud to have done the initial assessment of both Captisol® and CyDex, the company that brought the product to Ligand, he adds, as well as ensuing work to grow patent protection around this now crucial technology in Ligand’s portfolio.

As Reisman says of Berkman, “He is a very quick study on the technology and on the sometimes difficult combination and transition from the technology-focused world of patent law to the world of business decision-making.”

It is a combination that he enjoys, explaining that it’s essential to get transactions done quickly. This is always challenging, he notes, “because every time you do a transaction, there is a lot of risk; you have to evaluate it and take steps to mitigate it, insure against it.” 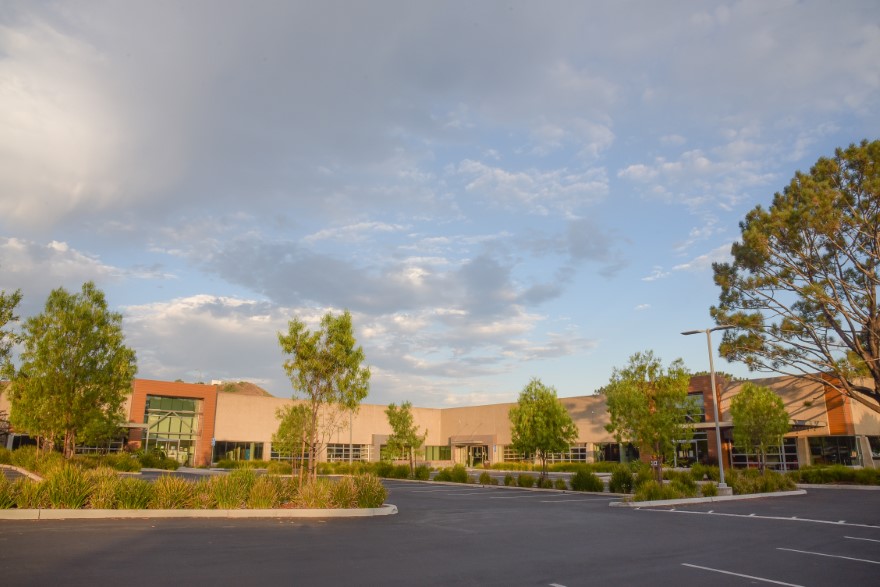 “Like any other lawyer, you have to make sure you’re not taking too much business risk, that you are aware of risk-taking,” says Berkman, who, when asked how big his legal department is, responds wryly, “Well, I’m about 6-foot-4.”

And while a significant part of Ligand’s business model is collecting royalties and milestones on drugs with other parties, the company is always on the lookout for future opportunities, he explains.

“You can sit back and have the checks come in; that is high profit and easy,” he adds.

“But we are not about to just do that,” Berkman adds. “We are going to work 100 times harder to add one penny. Sometimes the deal you thought was only going to add a penny turns out to be the biggest deal. We care about them all. We have a diverse model and we take the risk.”

And that risk has paid off, he adds, with Ligand returning approximately $1 billion of capital to stockholders since 2007, primarily via share buybacks, special dividends and bond repurchases.

A University of Texas alum—where he earned both his JD and his bachelor’s in chemistry—Berkman was attracted to this model early on.

Long a problem-solver, he recalls his first position at a patent law firm stocked with PhDs—which he considered an advantage for him as a young attorney. “It gave me the excuse to ask questions, which is a big part of success in the law.” 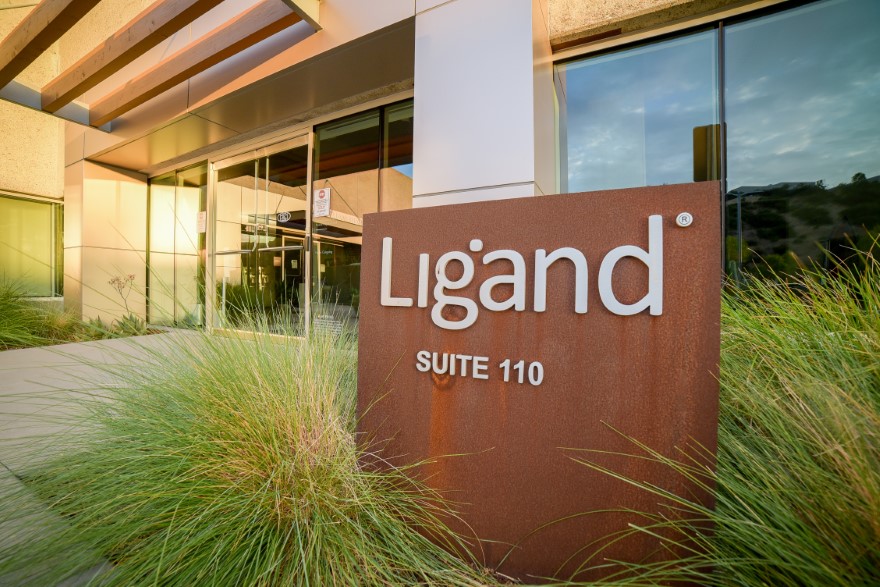 The specialist in intellectual property law joined Ligand in 2001 as associate general counsel and chief patent counsel. As he puts it, “long ago” he was looking to make a move in-house and the opportunity came rather serendipitously. Ligand was a former client and Berkman saw an ad for a legal position while reading “The Wall Street Journal.”

“I wanted to see the whole pie, not just a piece of the pie,” he says of the decision behind the shift. “I wanted to be more involved in business decision-making and context around legal issues. I was also looking for something with a wide variety and a diversity of technology.”

Beyond its innovative, diverse, fast-paced nature, he was attracted to the company’s focus on the concepts of problem-solving, community and “ever forward.” As he explains it, Ligand’s leadership is focused on constantly expanding its portfolio, which covers an array of biotech sectors.

Then there’s the community piece. 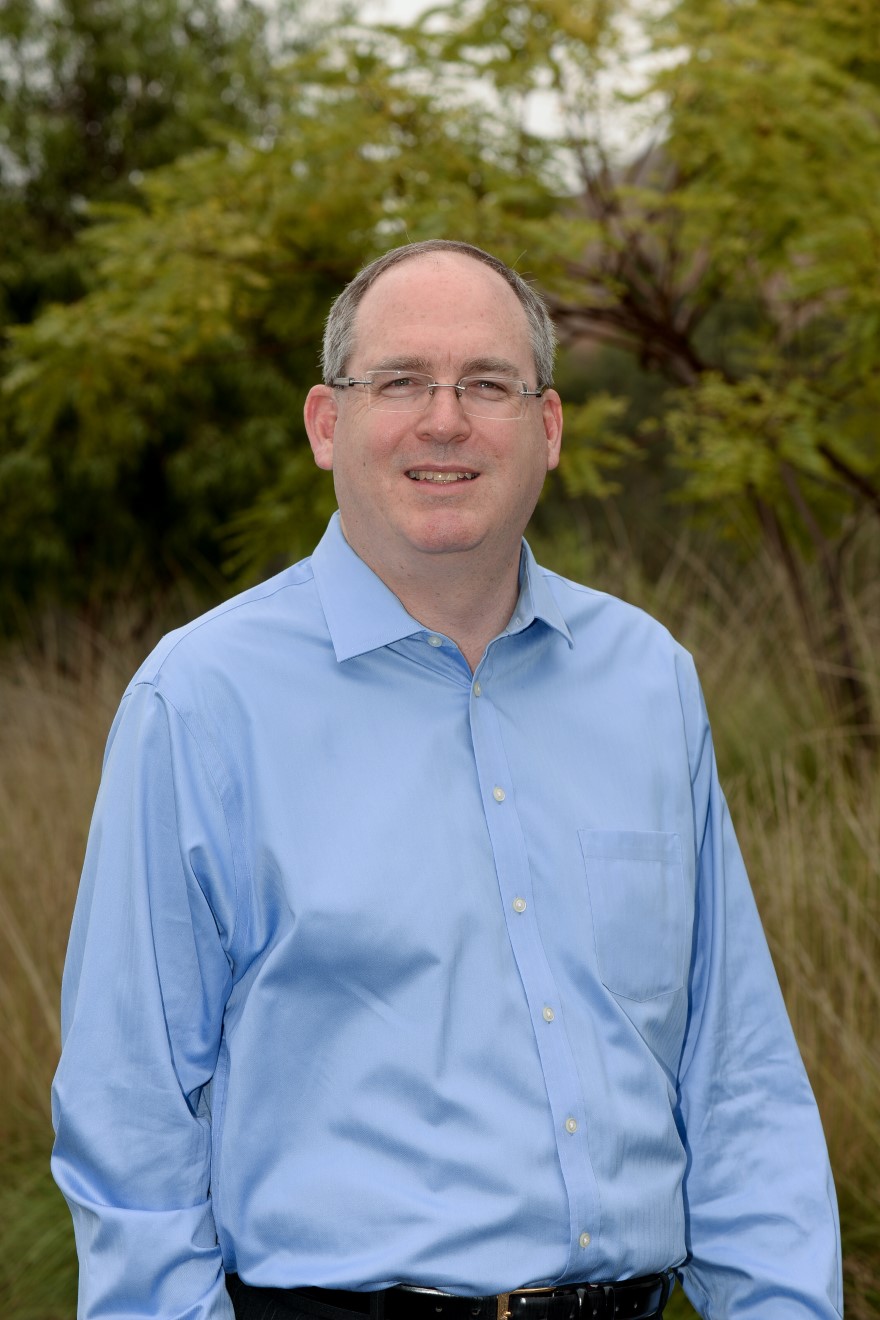 Berkman describes a company that does “somewhat outlandish things to build the team and build the memories.” Take the pudding cup effort by Higgins (now with the company 13 years) or the themed holiday parties. These have included red carpets with bulb-flashing photographers, and an executive team dressed up as rock stars who lip-synced to “Taking Care of Business.”

Berkman also recalls the time leadership rang the opening bell at Nasdaq. He brought his then 9-year-old daughter, who became front-and-center for photographers and stock traders alike.

Ligand’s unique culture and technology are exciting prospects for its partners, as well.

“We very much enjoy collaborating with Charles and his team at Ligand,” says Charles Harding, partner with D Young & Co. LLP. The European IP firm has worked with Ligand for a number of years on its biotech-based IP in Europe and the UK. “The technology they are working on is fascinating and it is thrilling to be involved with it. Our relationship is going from strength to strength, and we wish Charles and Ligand continued successful growth.”

Berkman expects nothing less. Overall, the longtime company veteran calls his work “Challenging, interesting; there’s always a new business issue, a new tech issue. We’ve had a lot of growth. It’s nice to see your hard work pay off in the marketplace, as well.”

All while enjoying the occasional pudding cup. 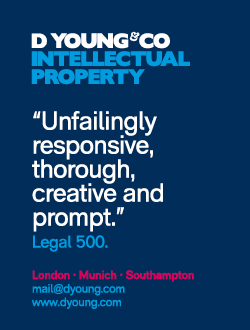 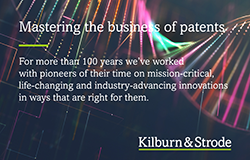 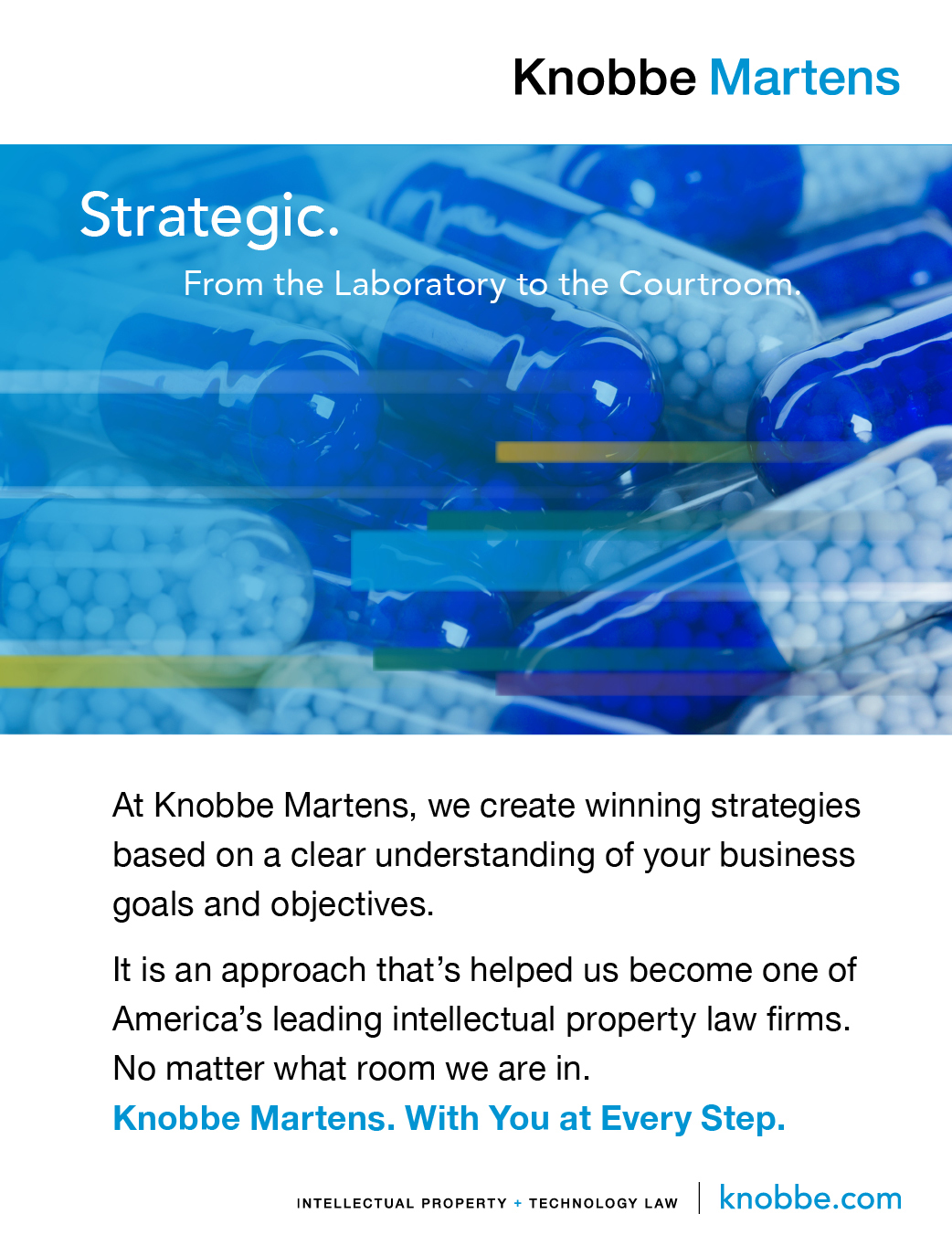