Always light at the end of these tunnels

“Struggling is hard because you never know what’s at the end of the tunnel,” the late, great comic Don Rickles used to say.

One of his fans, Joseph Dennis, might respond that with sufficient preparation and teamwork the struggle is lessened, and what awaits at tunnel’s end can be the most tangible of accomplishments.

Such was the case in 2015 when Dennis, the Americas general counsel of the London-based and globally active engineering behemoth Arup, got to tour the new intake tunnel for Lake Mead, the largest U.S. reservoir, and one that provides water to the sprawl of Las Vegas, 24 miles down the Colorado River and beyond to Arizona. 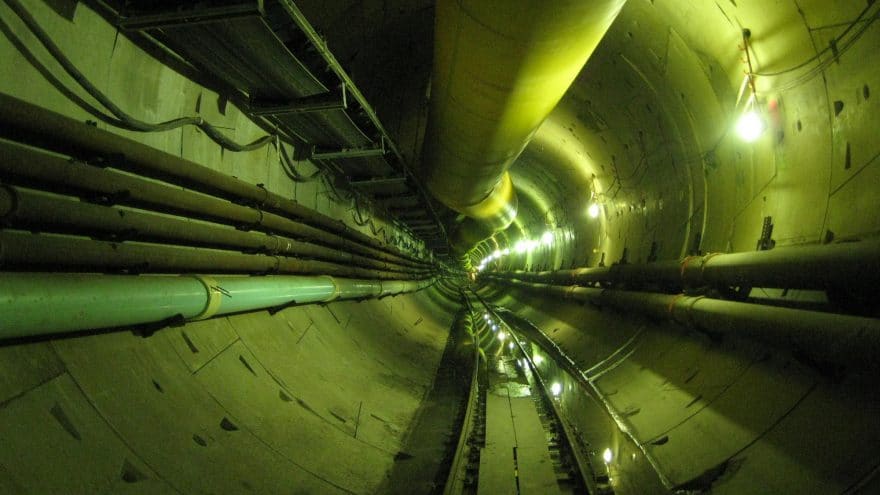 Arup led the engineering and design, and along with a couple of collaborating companies, Salini Impregilo and S.A. Healy, won that year’s Global Tunneling Project of the Year prize from the New Civil Engineer Tunneling & Underground Space Awards.

Well-deserved, that trophy: Still the world’s deepest sub-aqueous tunnel, the nearly three-mile-long, 22-foot-wide tunnel is 100 meters underground, and should ensure that Lake Mead can keep pumping, even if Southwest drought and sparse Rockies snowmelt shrinks that big body of water behind the Hoover Dam.

As head of Arup’s legal department in this hemisphere, Dennis couldn’t take credit for the big dig and design, but his work behind the scenes certainly enabled the project.

“I always go to the sites,” he says. “I need to see what’s going on, and that may mean putting on a hard hat, walking the sites and talking with the experts. Touring that tunnel when it was done, that was one proud moment.”

And it sure beats trial law.

Which Dennis might be practicing if not for a break that left a former boss bruised.

A 1998 Hofstra University law grad, Dennis was planning on going the trial route and had among his clients, a New York-based mechanical-engineering-plumbing company, Syska Hennessy. When one of its top executives was injured in a 2002 taxi accident, Dennis seemed to have an epiphany of sorts: It would be easier and more cost-effective for Syska to have an in-house lawyer rather than continuing to outsource legal services. And young Dennis seemed to fit the corporate culture.

Dennis may have lacked a technical background—he majored in philosophy as an Emory University undergrad—but he had other skills including versatility, communication, an ability to grasp and translate difficult topics, and a willingness to learn. The timing was certainly ideal. 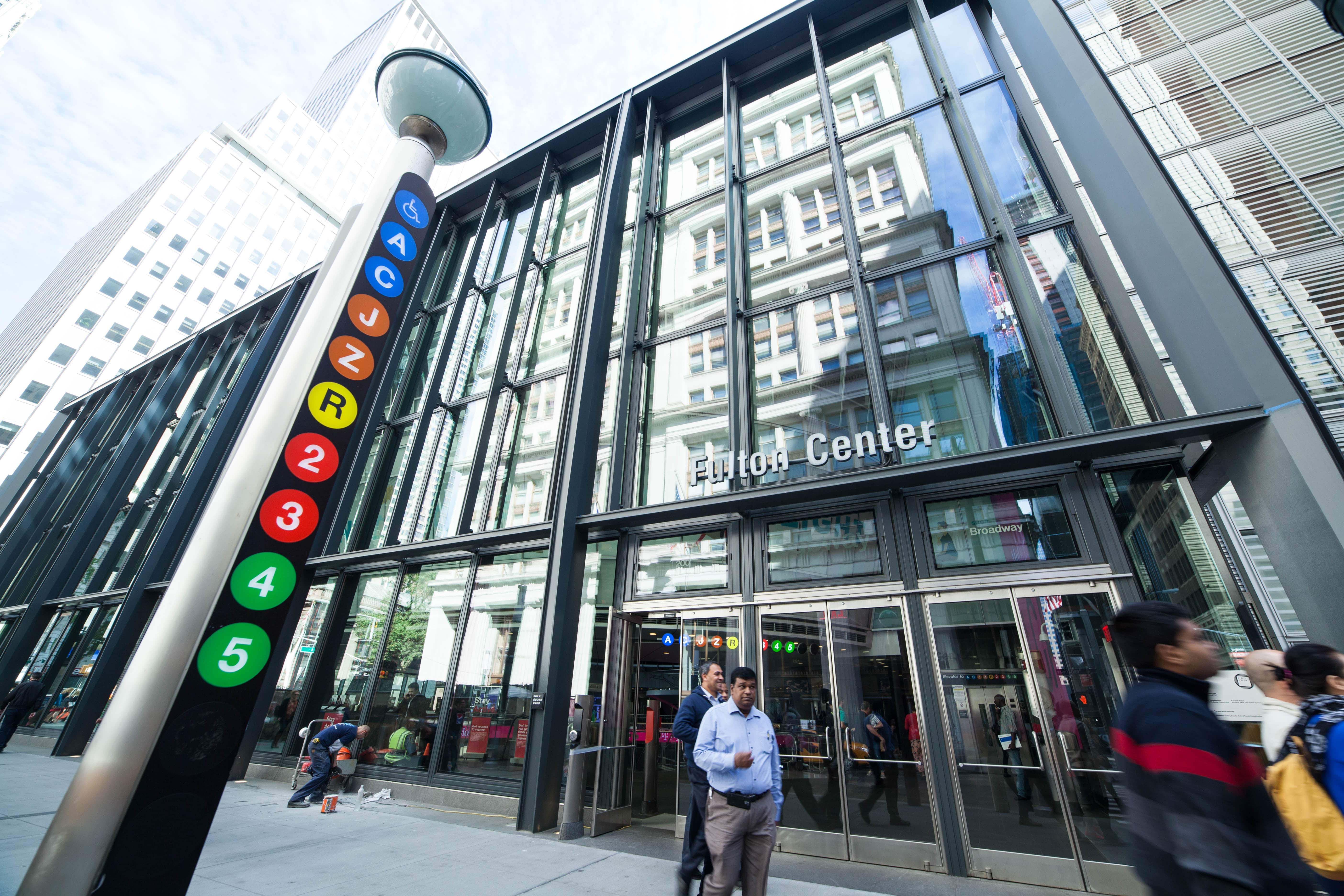 “I read a lot about technical subjects, took some courses and went to the construction sites,” he remembers. “A lot of my learning was on the job. I’d come across other attorneys who had a technical degree, but they didn’t always know how to translate it to others. I’d ask basic questions and once I got it, I’d explain it to management and the board members.”

Dennis thrived at Syska Hennessy, relishing the interaction with the many engineering professionals. Four years later, when Arup’s London headquarters decided it needed corporate counsel on this side of the pond, a recruiter approached Dennis. He eagerly embraced the challenge of working for an even bigger company, with offices in 36 countries, projects numbering nearly four times that number, with perhaps 10,000 in motion at any given time. That self-education in mechanics, engineering and plumbing proved a good foundation for the familiarization of much more complicated endeavors.

Himself a building block

As head of a six-person legal team for the Americas (United States of America, Canada, Mexico, Colombia), Dennis would essentially have cradle-to-grave responsibilities for projects that could include bridges, dams, roads, skyscrapers, tunnels, sports facilities and the most complex infrastructure.

“In terms of having direct impact, this couldn’t be beat,” Dennis says. “This firm does the most spectacular projects, and it would be so exciting to play a role.”

Indeed, he’d be part of Arup’s commercial team that would negotiate contracts. He’d weigh in on the business side when it came time to secure financing and mitigate liability coverage. When necessary—and that would be often—he’d hire outside counsel and experts. He’d oversee the high-stakes litigation that accompanies almost any major project and try to get it settled through Alternative Dispute Resolution, which seeks time- and cost-effective settlements through mediation, arbitration, neutral evaluation and collaborative law. 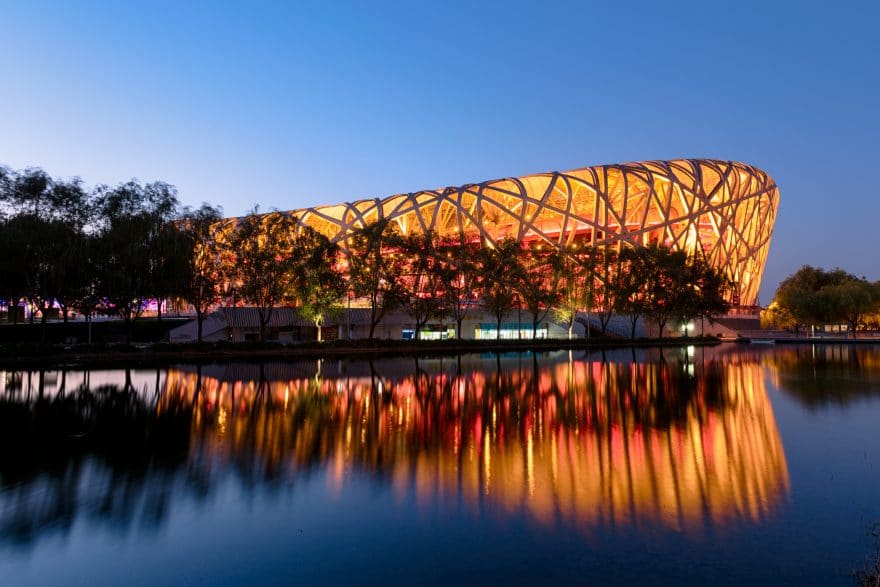 And he’d travel frequently in Central and South America, which would mean adjusting to a much different modus operandi.

“It can be a very different species of law in Mexico or Colombia—the Napoleonic code,” he says, explaining that U.S. concepts of common law don’t always prevail south of the border. Matters such as taxation can be handed down by regulatory agencies and have a binding effect. Meanwhile, fluctuating currencies can throw all kinds of variables into long-term contracts and put a premium on one’s ability to anticipate the direction of the global financial track.

Much closer to home, Arup completed an $888 million update to the Fulton Center, a project that united six subway stations and 12 underground lines in lower Manhattan. Touring that facility may not have been quite so exciting for Dennis as the Lake Mead tunnel, but it’s certainly eased the transit of countless New Yorkers.

And while New York may not be Mexico City, it’s still not an easy place to do a mega-project. Regulatory hoops abound in the world’s most expensive city for construction. And any project can redirect traffic that, under the best of conditions, borders on gridlock.

But when met, it’s these challenges that are cause for satisfaction in a job well done and a service that may greatly benefit the people at large, be it a Nevada resident in need of water for the pool or a New Yorker having to travel from borough to borough.

Walk on the wild side

Not every Arup project may be so far-reaching, though it may seem so for the person involved.

In 2012, California State University got to present an audio installation of a memorable 2009 New York performance by the terminally ill avant-garde rocker Lou Reed. Arup’s roster of specialists includes acoustic consultants, some of whom are accomplished musicians. Given that their subject was famous for not tolerating incompetence, they were under pressure to produce with state-of-the-art 3D sound technologies, a sonic replica of the edgy singer at his best.

While Dennis didn’t get to mingle with Mr. Walk on the Wild Side, he recalls assisting the project and taking satisfaction when he heard that Reed pronounced the recording as “the best [expletive deleted] thing I’ve ever heard!”

Such job perks can seem priceless.

“I think it’s great to work with real projects rather than being at a law firm and spending your whole day with internal lawyers,” he says in a somewhat understated manner.

All the better when the work gets an A-OK from a world-class rocker. Or when it takes you into the deepest tunnel of its kind, one that couldn’t have been built without you handling the above-ground complexities that enabled the ground to break.