Houston, we have a quarter billion-dollar verdict

For Leisa Talbert Peschel and Wasif Qureshi, partners at the Texas-based law firm Jackson Walker, no two cases are ever the same. Then again, there aren’t many massive lawsuits between two, multibillion-dollar companies.

In February of 2019, ESW Holdings, a private equity company, filed a lawsuit against digital streaming giant Roku for allegedly infringing on five patents—all of them relating to how television creates content and how consumers interact with it.

Roku Developer Environment provides channel developers and other content providers a platform on which to share content. ESW claimed, among other things, that Roku was allowing users to create content, not just watch it, which boosted Roku’s revenue from increased advertising and channel subscription fees. 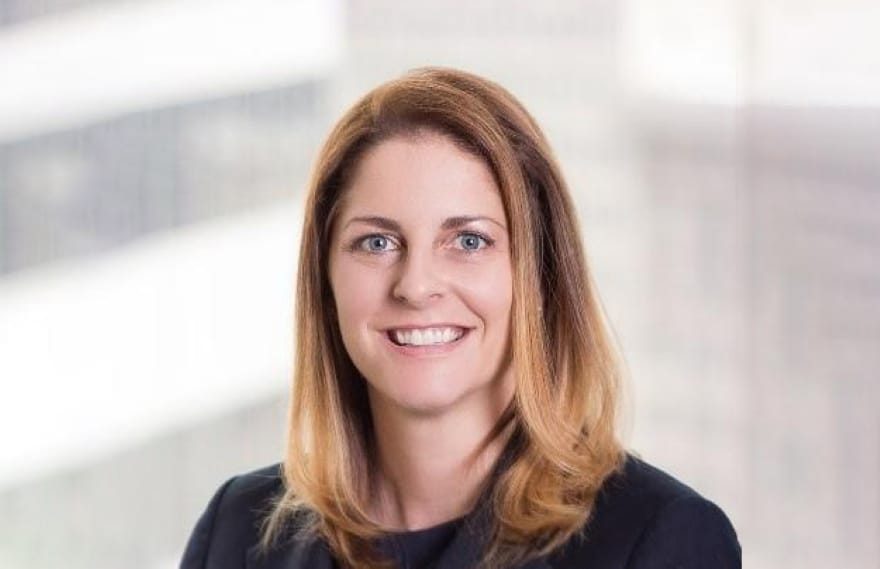 Initially, ESW wanted the jury to award infringement damages of $10 million. Then the amount jumped at trial to $62 million—and, finally, a mind-boggling $228 million.

“We’d just entered very dangerous waters,” recalls Peschel, who was representing Roku. “COVID-19 had shut down the courts and, in that time, seven Texas trials concluded with $3.7 billion awards to patent holders. The jury on a Waco patent trial a few weeks before ours awarded the plaintiff over $2.18 billion. Our legal team worked hard to present the jury with Roku’s clear, credible and irrefutable evidence.”

Writing on the court wall

Before the case went to trial, Jackson Walker was successful in eradicating three out of the five patents concerns under the one umbrella suit: two from the court granting a summary judgment of no infringement and one from a pre-trial dismissal.

On April 5, 2021, the grueling four-day trial on the two remaining patents began, with Peschel making the opening statement. It was one of Texas’s first in-person sessions since the pandemic began.

In some cases involving technology, she says the jury may not understand the minutiae. With Roku, the jury’s familiarity with streaming TV services allowed her and the other attorneys to lay out far more technical arguments than they normally would, Peschel says. 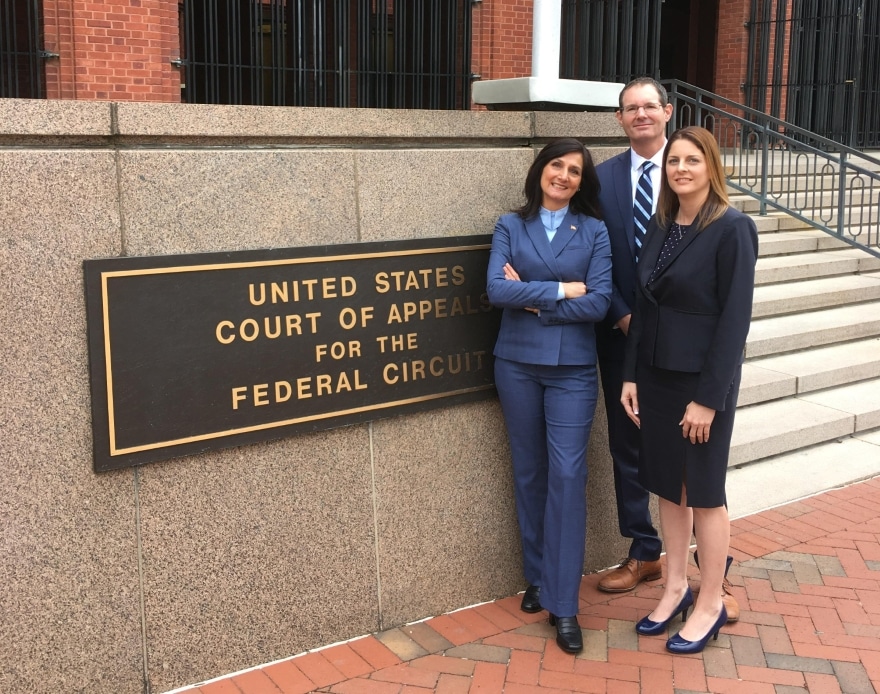 “Right from the start, I needed to draw a distinct, hard line between the patented interactive TV technologies—ESW’s arena—and streaming TV services—Roku’s arena,” Peschel recalls. “My goal was clearly illustrating to the jury that the intellectual property infringement claims were baseless as the two markets were entirely different. That, I think, was essential to setting up our defense.”

A week later, the jury of six reached its verdict: There had been no infringement on the part of Roku and—as such—no damages would be awarded. The Jackson Walker team had led Roku to success against the two remaining ESW patents.

While the Roku case loomed large in Peschel’s mind—and desk—it certainly wasn’t the only one she was tackling. She works on a variety of patent litigation, including an upcoming case involving dental imaging and several involving computer networking.

In some respects, COVID-19 ended up making things easier for Peschel and her colleagues.

Not surprisingly, remote video depositions became a timesaver—and more cost-effective for both the lawyers and their clients. Instead of taking depositions in person, Peschel and others at JW could carry them out via Zoom and other similar platforms. This also saved clients time and money as they didn’t need to fly out or fly the lawyers out to them for a couple hours deposition. 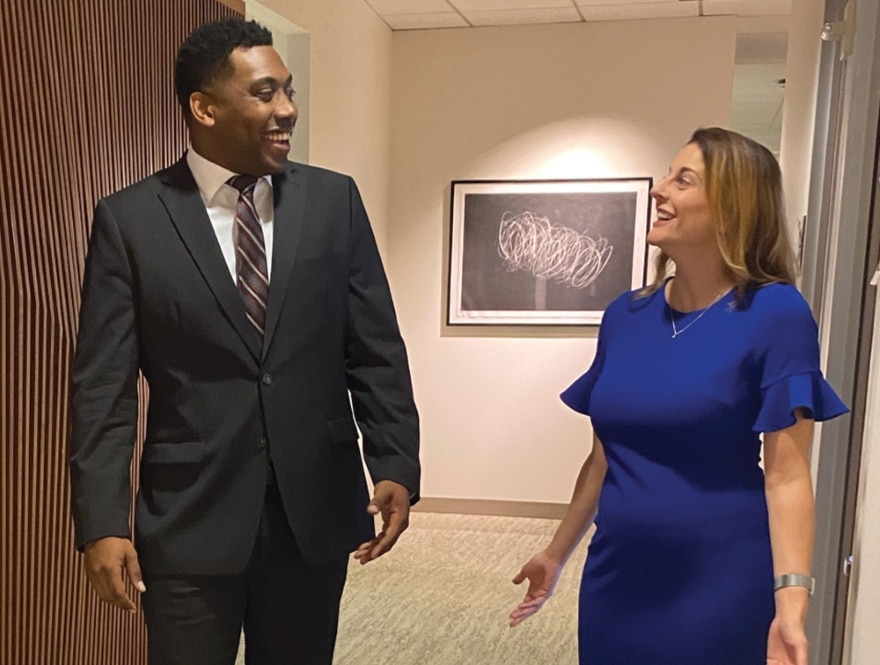 It also helped in the court room. According to Peschel, she and other JW lawyers had used recorded video witness testimony well before the pandemic had everyone turning to computer screens. She says that the jury, however, tended to place more weight on live, in-person testimony.

“With the reliance on video and other forms of virtual communication during the pandemic, the jury bias against recorded videos versus live in-person witness testimony seems to have lessened significantly,” Peschel says. “That opens the door for more widespread use of remote video depositions, even as we enter a post-pandemic situation.”

When facts are better than fiction

Leisa Talbert Peschel hadn’t always planned to stand in front of juries. In fact, her original goal was to stand at the head of a classroom. But her life took an unexpected twist when she decided to attend the University of Texas M.D. Anderson Cancer Center to pursue her doctorate in biomedical sciences, studying environmental and molecular cancer formation.

“After graduating with my bachelor’s degrees in biochemistry and chemistry at U.T., I was going to become a high school science teacher, but I realized I was too close in age to my students,” Peschel says with a laugh.

In fact, she was only two years older than them. High school advanced placement credits helped her graduate from university in only three years. She would have graduated in two and a half but decided to take an extra semester to receive her student teaching certificate.

So, she decided to go back to school to become a cancer researcher. That remained her plan until an intellectual property attorney spoke to her graduate association, for which Peschel had been serving as president. The same year she graduated with her Ph.D., she once again returned to University of Texas, this time for her law degree. 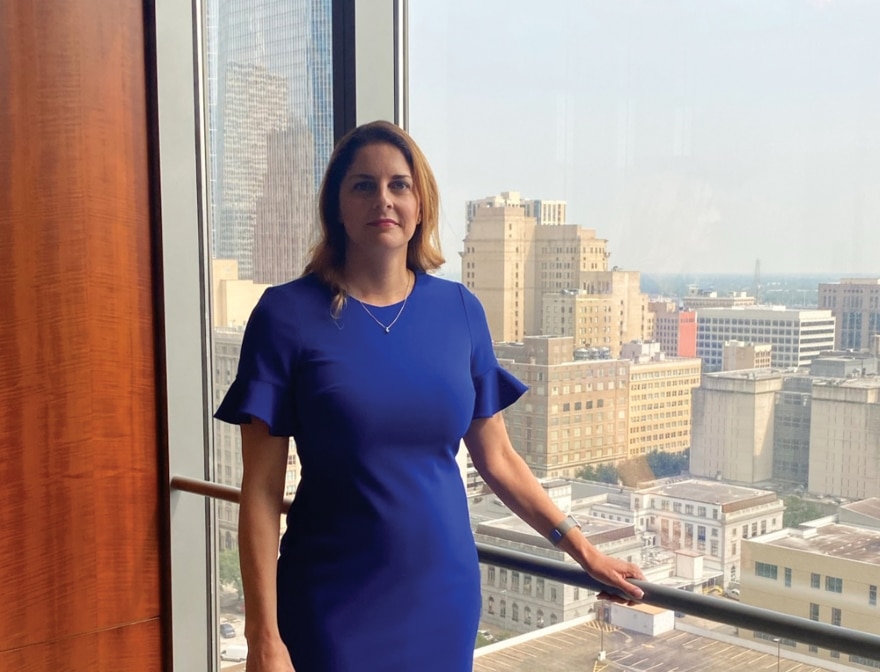 For Peschel, the fourth degree was the charm. Most IP lawyers tend to stay in one area, Peschel says. Given her background though, she unsurprisingly veered into diverse categories: biotech, oil and gas, chemical and many others. Most her litigation has focused on computer networking and electrical engineering.

Her interests outside of work range widely as well. She enjoys watching her daughters play basketball and dance competitively.

Family is a big reason why Peschel remained in Texas and why she’s maybe five to 10 years behind where she could be, but she doesn’t mind. She says she took a steady approach to her career, which allowed her to retain control of how much and where she works, so she can spend more time with her family.

“I also enjoy my career immensely, so much so, that when I write fiction, my characters often too closely resemble reality, which is why I’m not publishing anything any time soon,” she adds. 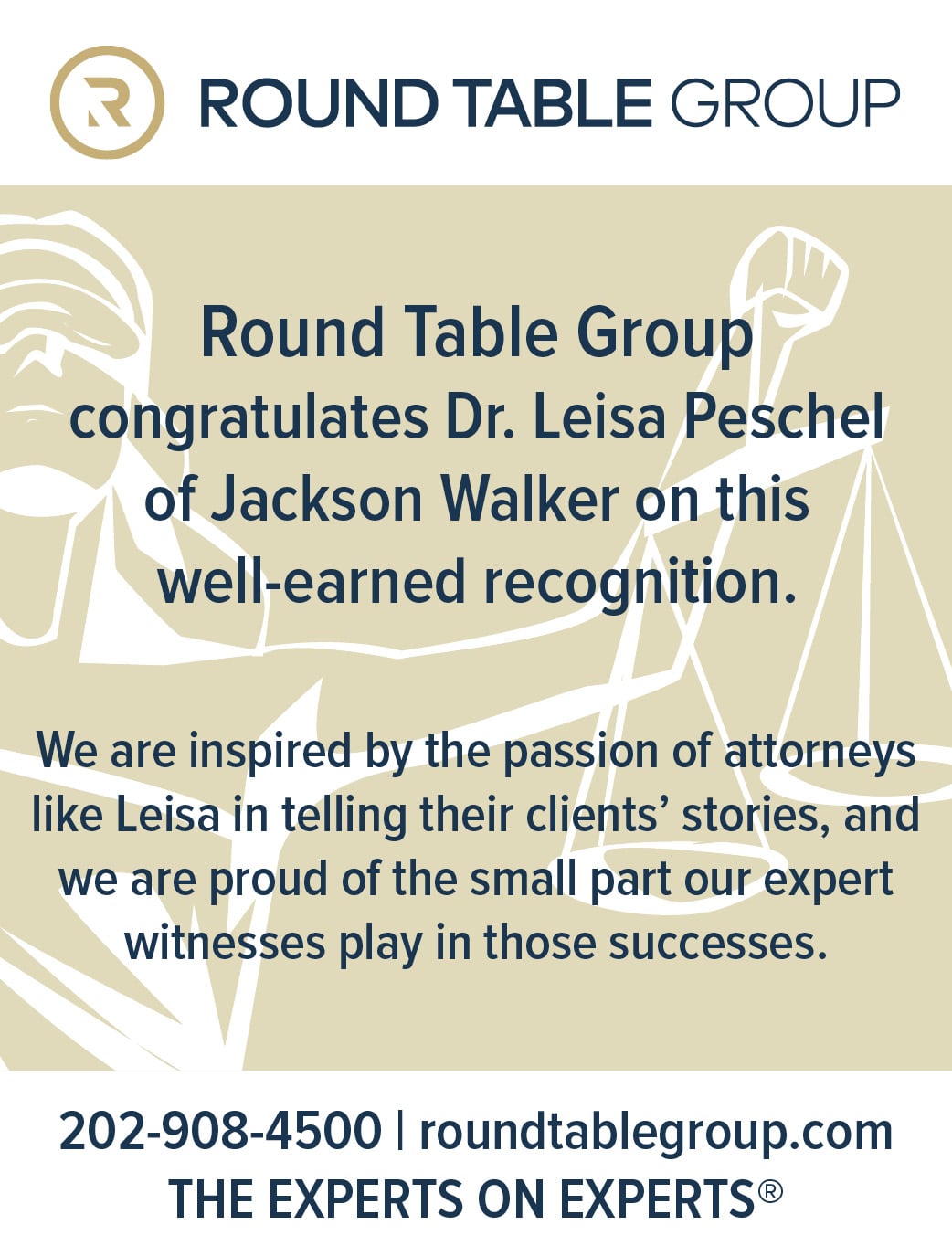