A $3.3 billion transaction is never simple, and exponentially more challenging when the fine print has got to be acceptable to all sides in a matter of hours.

Which describes the scenario that Jeannette Knudsen and Adam Ekonomon faced in the summer of 2008, in their respective roles as in-house corporate counsel for The J.M. Smucker Company, which had been in sensitive negotiations to acquire the Folgers coffee brand from Procter & Gamble. 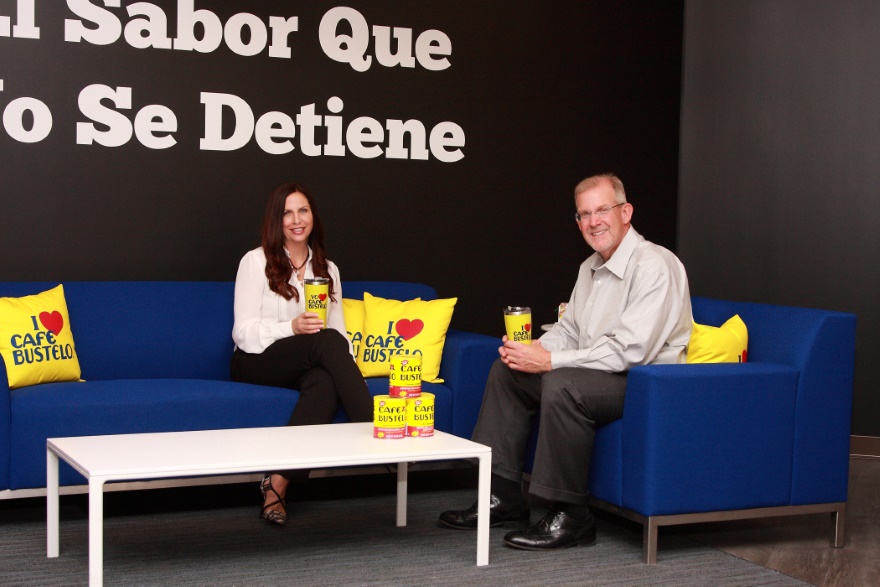 But with a slew of matters yet to be resolved, someone had leaked to Reuters that it was a done deal. Notified that such would be in the morning newspapers, Knudsen and Ekonomon were in for the kind of all-nighter that surpassed anything they had endured in their careers.

At least they would have plenty of java to sustain them, albeit of a brand that would be gone from the cafeteria the next morning when—with ample credit due to the legal team—Folgers indeed became part of the Orrville, Ohio-based food conglomerate best known for its jams and jellies.

“It was around 4:30 in the afternoon and I was on the phone with bankers when all of a sudden there was a lot of commotion,” Knudsen recalls during a conversation with Vanguard this past fall. “The news had leaked prematurely and was going to be in the papers ahead of our closing date and time. We had until 7:30 the next morning to complete the deal.”

They beat it with about three hours to spare, says Ekonomon, as four lawyers and a few support staffers kept their cool while negotiating the details and dotting the i’s and crossing the t’s. A true example of crisis management, he terms it, with everybody on the deal team doing their part and more and, come sunrise, Smucker doubling in size with America’s largest coffee company under its ever widening umbrella. 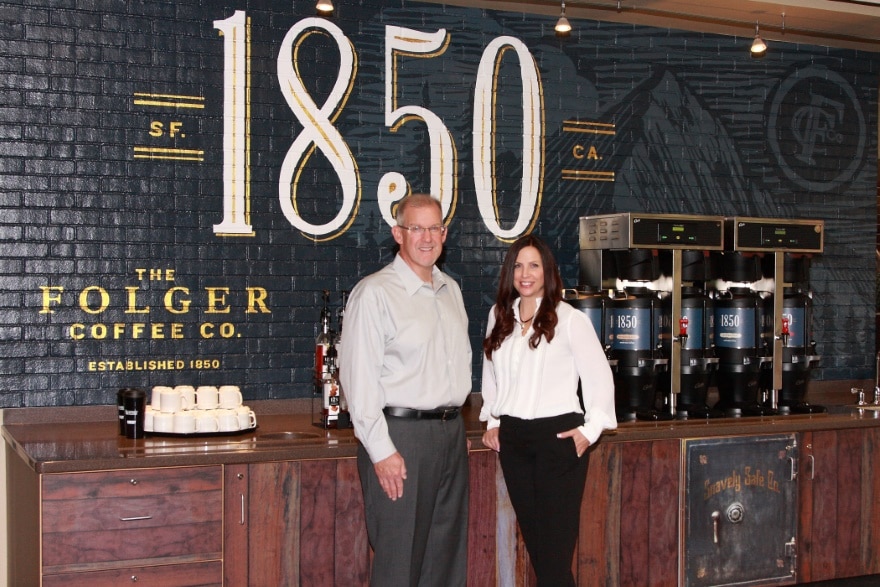 For P&G, the deal represented another move from the food industry, allowing it to concentrate on its higher growth segments of health care and beauty products. Its shareholders garnered a 53.5 percent stake in Smucker, with Smucker assuming $350 million of Folgers’ debt and issuing a one-time dividend of $5 per share to its own shareholders prior to the deal.

“A clear indication of the strength of the combined businesses,” Smucker termed the acquisition.

And just as indicative of the strength of what was then the leanest of in-house legal teams.

“You always want to be the first to tell your employees when a deal happens,” Knudsen says. “We had to get this done and share it with our employees before the markets opened, and we did.”

And when everyone gathered in the cafeteria at sunrise, Folgers coffee was brewing in celebration—and continues to do so.

Subsequent transactions, including a couple this year, have proceeded with much less drama as the legal team has grown well beyond Knudsen and Ekonomon, two long-time colleagues and University of Akron School of Law grads. Both joined the company in 2002, or around the time it was getting aggressive on the merger and acquisition front.

A few years earlier, Ekonomon had been supervising Knudsen at Buckingham, Doolittle & Burroughs in Akron, with both of them handling corporate law for Smucker. Then the mother of two young children, Knudsen was the first to join Smucker, on a part-time basis, becoming corporate counsel in August, on the heels of the company’s acquisitions of Jif and Crisco from P&G. Knudsen’s to-do list ever growing with the company’s expansion, a couple of months later she beckoned her former boss to come aboard. 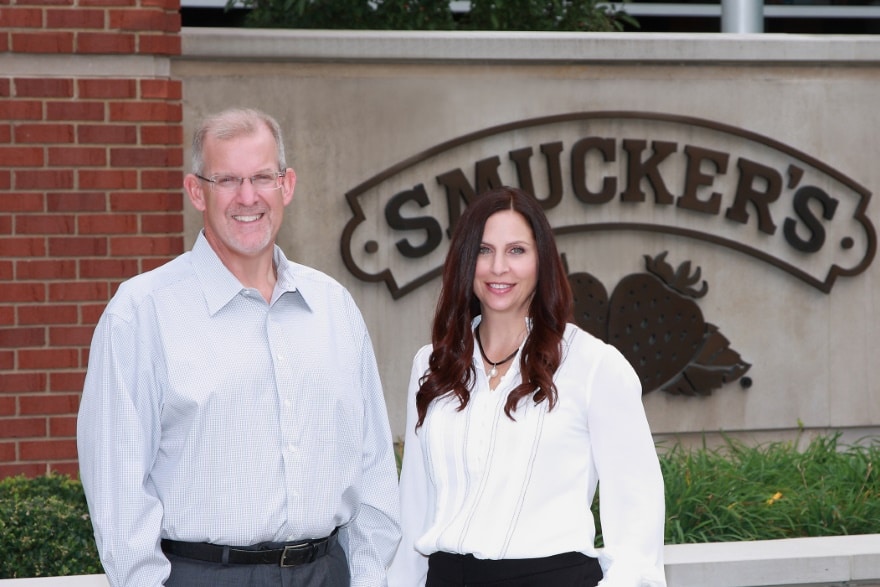 Earlier that year Ekonomon had become assistant general counsel for ICI Paints, but saw more opportunity at Smucker. The idea of answering to a boss who had once answered to him never concerned him.

“No egos here,” he says. “I held her in the highest regard when we were with Buckingham and during our careers at the company. There’s nothing but mutual respect between us.”

Now they’ve both climbed the Smucker ladder, overseeing a fine-tuned team of 15 lawyers and around 36 support staff.

Knudsen’s letterhead has been enhanced with the titles of senior vice president, corporate secretary and general counsel, and she is counted upon for such matters as public security filings, SEC compliance, board governance and compliance. She also serves on the Intellectual Property Law and Policy Committee as well as the Ethics Committee at the University of Akron School of Law.

Ekonomon, the deputy general counsel, recently expanded his credentials with a Masters (LLM) in Global Food Law from Michigan State University College of Law, where he also teaches Advertising Law in the same online program. At Smucker, he’s the go-to guy for such matters as food and regulatory compliance and advertising and marketing.

“The growth of the company has allowed us to grow as attorneys,” he says. “We would never have had these professional growth opportunities had we remained with law firms. I count my blessings and see myself remaining here for the rest of my career.”

Knudsen also relishes wearing that business hat along with her legal hat, emphasizing that being outside counsel does not allow one to see all facets of a company or provide broad-based guidance because they’re generally called upon to provide advice on limited issues. she finds the in-house role much more tangible, with that one client being the company itself—and what a productive year 2018 is shaping up to be.

In May the Smucker legal team helped seal a $1.7 billion deal for Ainsworth Pet Nutrition, two-thirds of whose sales are generated by celebrity chef Rachael Ray’s Nutrish brand. Companion animals taking on more significance in people’s lives, the acquisition should offset some of Smucker’s underperforming food items. The company also sold off its U.S. baking business of Pillsbury, Martha White and Hungry Jack to Brynwood Partners for $375 million, allowing it to concentrate more on coffee, snacks and, of course, pet food.

No 11th-hour drama in those transactions. And come morning, they really could appreciate the best part of waking up, having actually been to bed the night before. 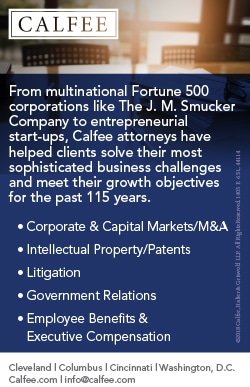 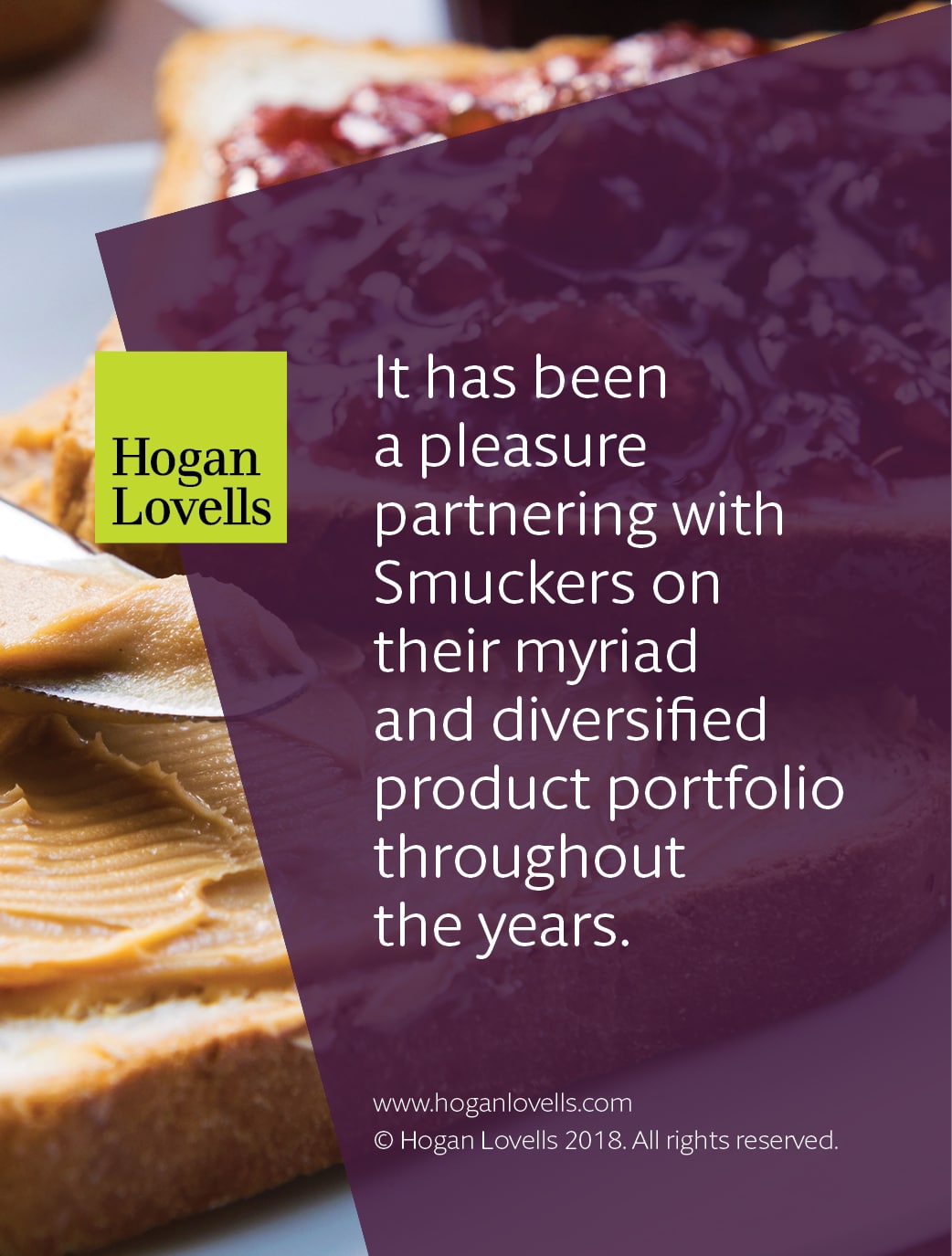 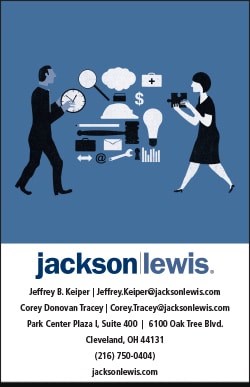 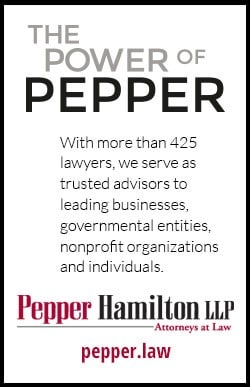 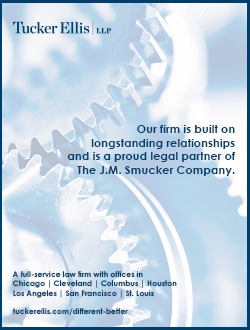 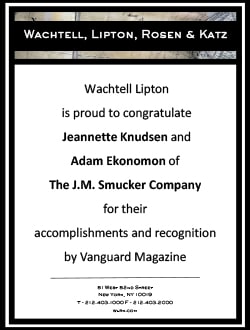 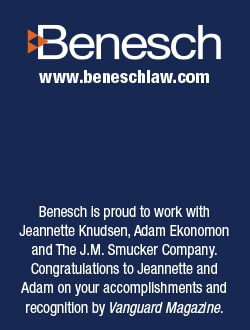