Walk into any large office building in Chicago and it’s easy to assume the space’s signal strength and wireless network will be robust and reliable. That’s why companies pay AT&T and Verizon the big bucks, after all.

But with thousands of cellphones gobbling bandwidth, dropped calls and slow connections are far more common than one might expect. Extrapolated over the course of a year, you’re talking about thousands—even millions—in lost productivity. 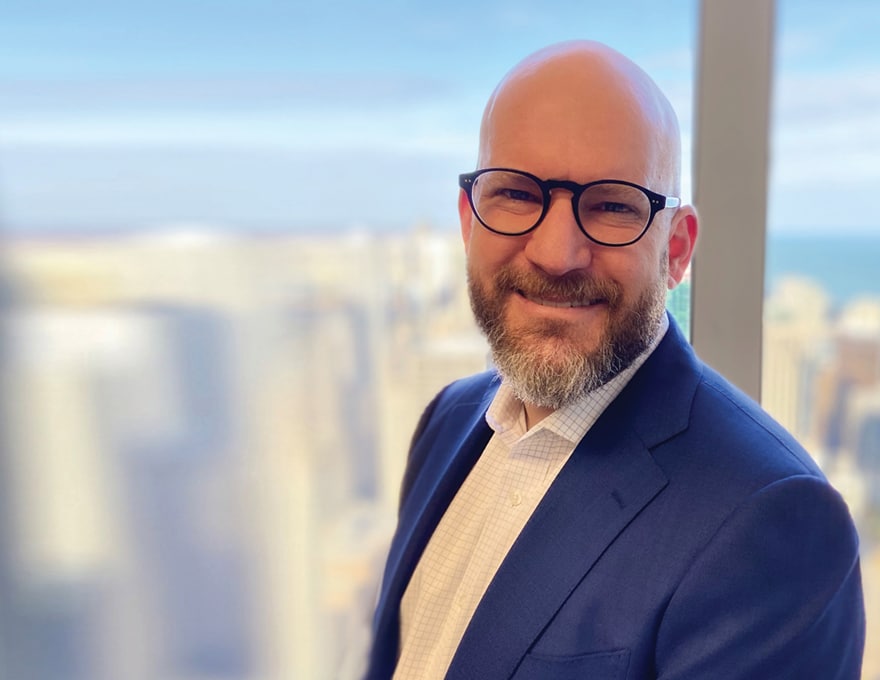 That’s all about to change, thanks to a form of wireless access previously used exclusively by the U.S. military.

The system has the potential to revolutionize the wireless industry. And Chicago-based ExteNet Systems—which announced its first commercial CBRS network just weeks after the FCC permitted commercial deployment—is leading the charge.

“Instead of relying solely on the wireless carriers for service, users are able to take advantage of ‘dedicated’ spectra to create their own private, wireless network,” says Brian Kirk, ExteNet’s deputy general counsel. “This shift will benefit businesses, end users and carriers alike.”

As a neutral host provider, ExteNet—which designs, builds and operates advanced indoor and outdoor wireless networks throughout the country—could be essential to the industry’s adoption of CBRS.

The implications, Kirk says, are nothing short of transformative. As municipalities, property owners and other enterprises become wireless network owners, CBRS has the potential to enable a whole host of uses, including more robust Internet of Things (IoT) solutions and smart city applications. 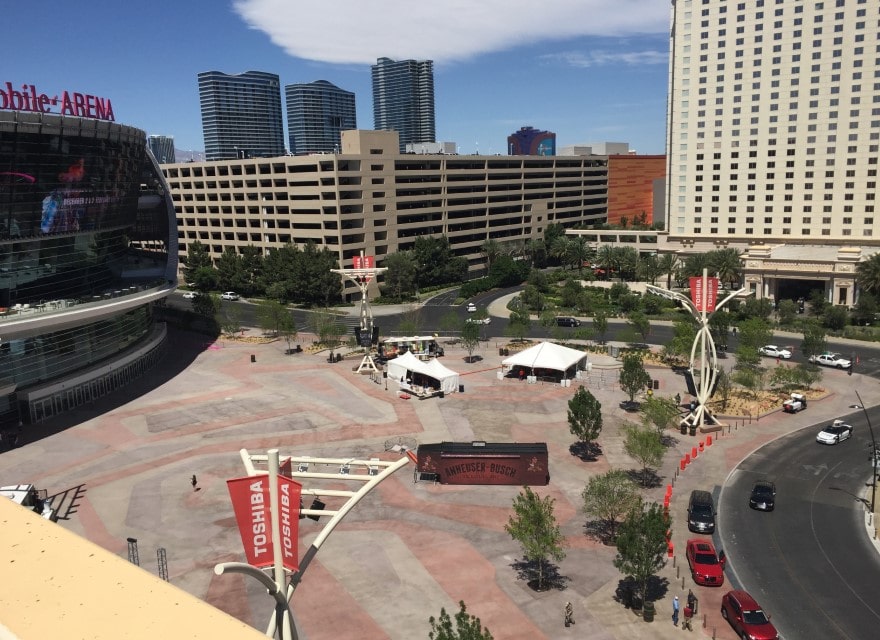 “Each new network is an opportunity for ExteNet to deliver infrastructure and services,” Kirk says, “though we do have to work through an ever-evolving array of regulations.”

It’s a challenge for which Kirk is uniquely prepared. Prior to joining ExteNet in 2010, he spent nearly eight years at telecom giant Motorola, where he quickly learned how to negotiate the industry’s commercial and regulatory challenges.

As the company further moves further into the CBRS fray, Kirk is helping ensure that ExteNet establishes the necessary strategic partnerships to support the business—while anticipating the impacts of new regulations and what pivots may be necessary to keep ahead of the curve.

Washington, D.C.-based law firm Wilkinson Barker Knauer is critical to that effort. Whenever ExteNet introduces a new offering—particularly those that include new technologies or business practices—deciphering the potential regulatory impacts can be a daunting task. 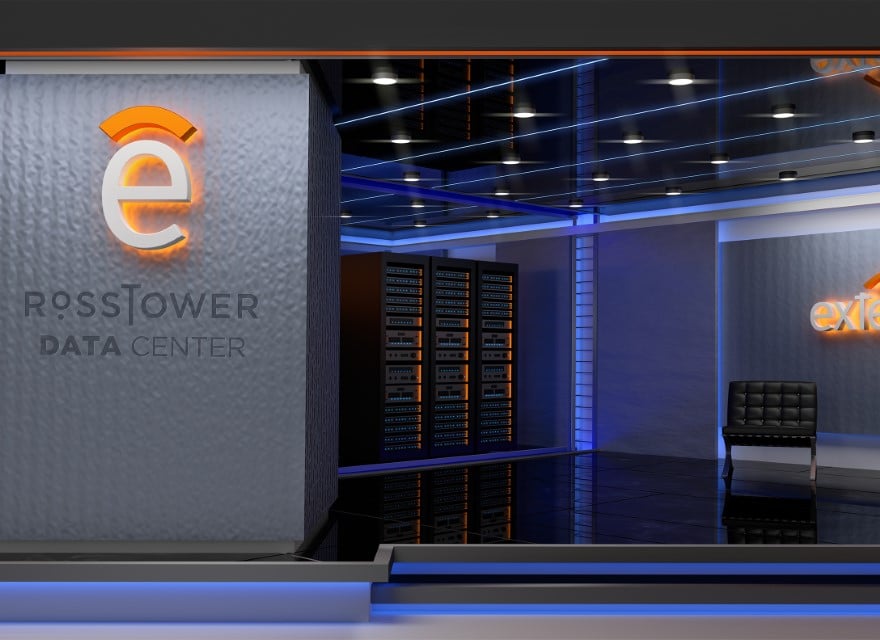 “It’s often difficult to get straightforward, practical advice on novel issues, but Wilkinson has done an amazing job of giving us the insight we need,” Kirk says.

Once ExteNet has implemented the new technology or practice, the company relies heavily on the expertise of Shreveport, Louisiana-based RBM LLP—a firm specializing in telecom, regulatory, tax advisory and compliance services—to ensure they understand and stay current with their complex state and federal compliance obligations: filing taxes, accounting for fees and surcharges, issuing reports and so on.

“They do a great job of keeping us on top of everything,” Kirk says. “Between them and Wilkinson, we feel like we have all our regulatory bases covered.”

ExteNet’s embrace of CBRS isn’t the only instance of it moving into uncharted territory, however. This past July, ExteNet became the first company in history to finance its business using asset-backed securities (ABS) consisting solely of distributed network assets.

According to Kirk, the $368 million issuance—augmented by $75 million in future investments—will enable ExteNet to refinance existing debt and provide access to capital for continued network build-out, including those stemming from the company’s recent string of acquisitions: Hudson Fiber Network (2018), Axiom Fiber (2017) and Telecommunication Properties Inc. (2016). 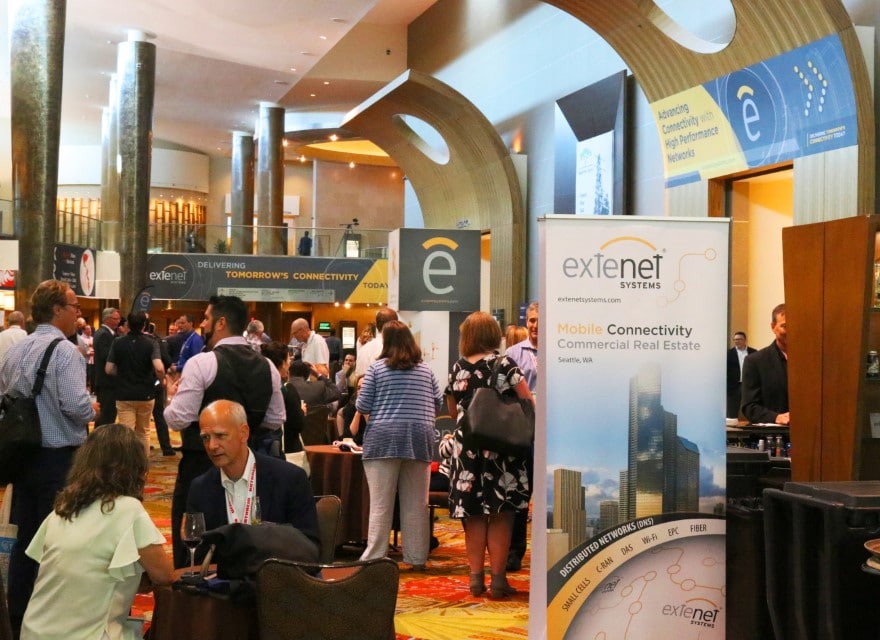 While participating in the ABS transaction, Kirk was running ExteNet’s concurrent deal to amend and restate ExteNet’s traditional secured credit facility, a move that gave ExteNet access to even more capital—a key ingredient in the company’s broader formula for growth.

Indeed, the company has emerged as a leading resource in the world of large-scale wireless networks: it provides the infrastructure for the $1.2 billion AT&T Stadium in Dallas (home of the Cowboys); the Barclays Center in Brooklyn; and numerous arenas that played host to the men’s and women’s NCAA basketball tournaments—including the Men’s Championship Game.

Casinos, concerts venues, convention centers, hotels, hospitals, even the Empire State Building—ExteNet provides the wireless networks for all of them.

Depending on the project’s scope and scale, Kirk’s involvement may touch on almost all aspects of the project: sales, software and technology licensing; real estate, procurement and construction; utility and municipal relations; federal and state regulatory activity; environmental matters; litigation—the list goes on. 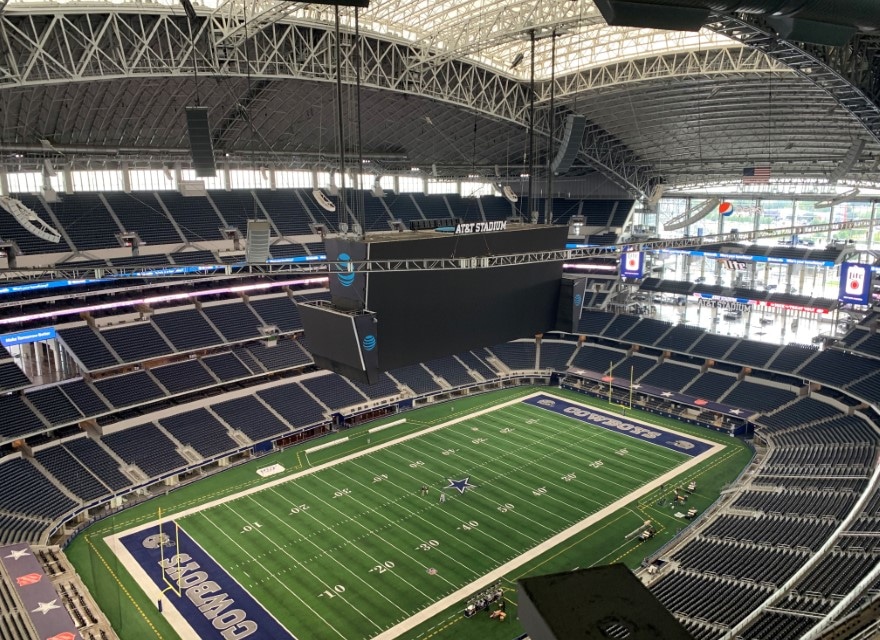 But while legal matters make up all of Kirk’s workload, he is invariably impacted by the company’s technology. Working closely with CTO Tormod Larsen, Kirk is often involved in new business ventures, product strategy and strategic solution development.

“Tormod is front and center in so many of the technical and business objectives we’re pursuing; working with him has been incredibly rewarding and challenging,” Kirk says. “Providing guidance to the CTO group has given me a chance to understand, vet and hopefully help shape these new businesses, markets and novel approaches to delivering telecom services. It’s a (mostly) fun time out on the cutting edge.”

Growing up in South Florida, Kirk was inspired by his entrepreneur father, who encouraged his early interest in technology.

“Dad was always giving me stuff to tinker with,” Kirk recalls. “I’ve been around weird technology my whole life, and saw early on how to find novel and successful applications of technology to disrupt existing businesses.”

After earning a bachelor’s in environmental science from Washington University in St. Louis, Kirk realized that law provided the best possible bridge between his love of technology and his growing interest in business. To that end, he attended the Chicago-Kent College of Law, earning a J.D. in 2001.

During and after a short stint as an associate attorney for Chicago-based firm Stevens & Associates, Kirk continued to provide guidance to Rad Source Technologies for most of his early career, returning to join the board of directors in 2016. It was here that Kirk truly found his niche. 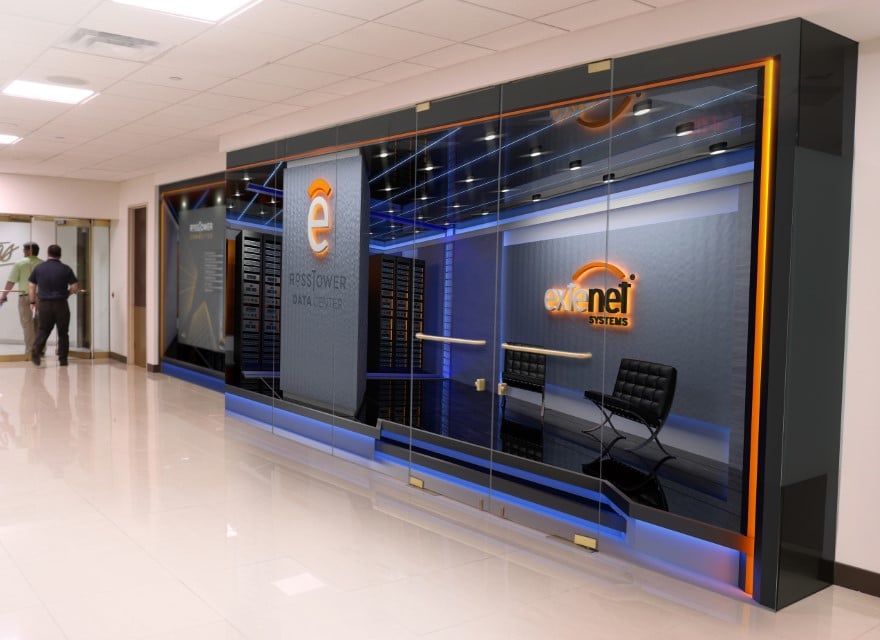 “I don’t think you can be an effective in-house lawyer without a deep understanding of the industry and all aspects of your business,” Kirk says. “Fortunately, I touch a lot of our business, but a key component of my skillset is being able to communicate with technologists and businesspeople, and sometimes bridging the gap. Having a science background and long history in technology and engineering driven companies, I’m very comfortable with that language.”

At Motorola, Kirk quickly proved he could walk the walk as well, acting as the primary attorney for the company’s many global IT outsourcing relationships. After being promoted to senior counsel in 2007, he was the attorney for several of Motorola’s Mobile Devices largest carrier customer accounts, handling billions of dollars of sales as well as the company’s product liability and other regulatory matters.

Since joining ExteNet in 2010, Kirk has been integral to the company’s evolution, while still finding time for his biggest passion project: the Lynn Sage Cancer Research Foundation.

Kirk and his wife have been involved with the organization for several years, and Kirk recently joined as a board member, where he helps review hyper-technical research proposals as part of the grants committee—yet another tie-in to his science background.

Indeed, it’s a cause that’s near and dear to his heart, having seen the disease affect his grandmother, mother and wife.

“Cancer is a terrible ordeal, but one that brings out the best in others and is a reminder that people genuinely care about you,” Kirk says. “LSCRF was born out of that friendship and caring and I feel privileged to be a part of an organization of that character.” 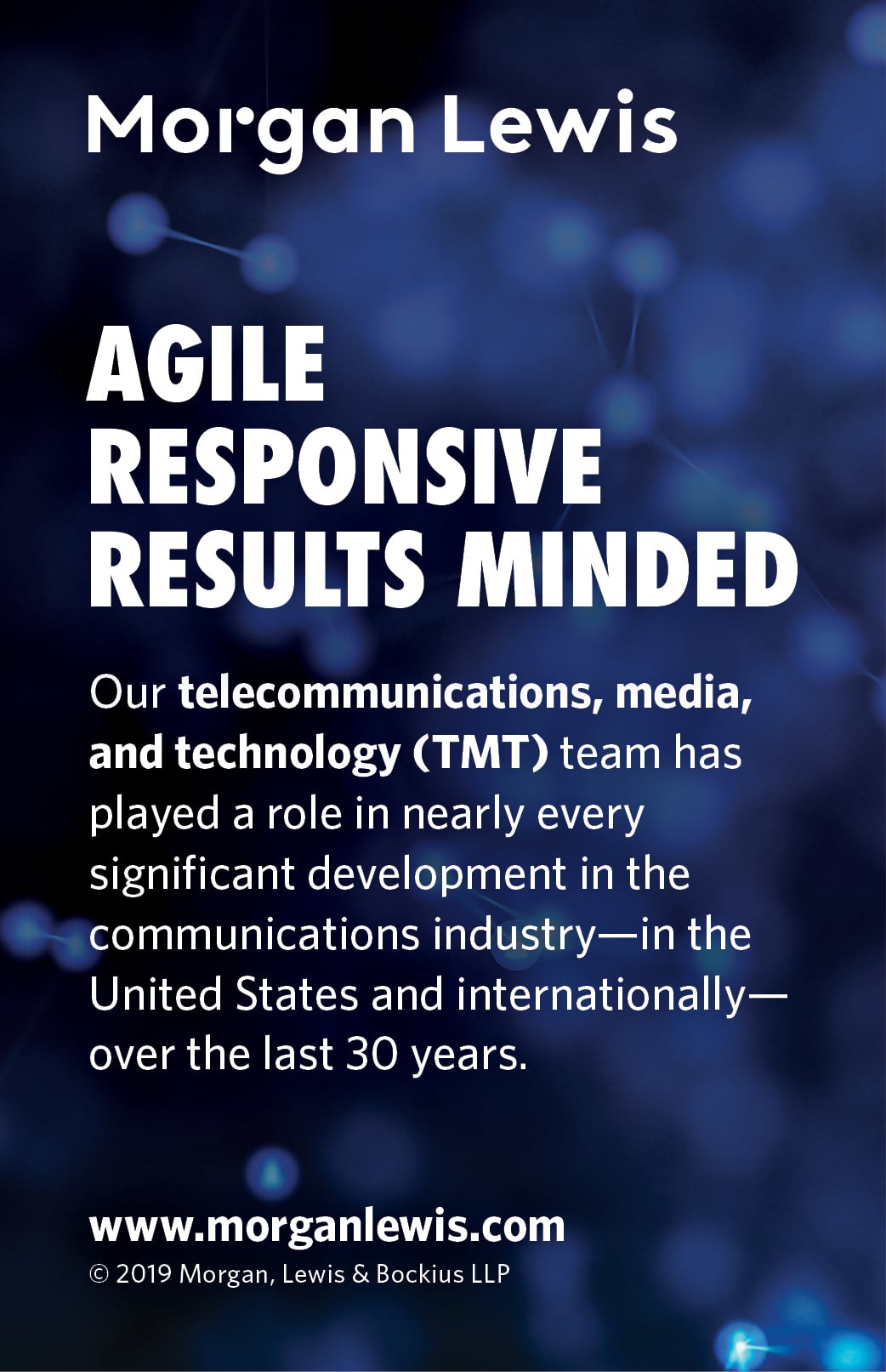 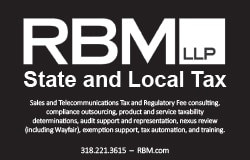 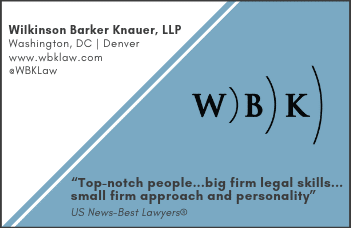