Northeastern Colorado serves as home to the corporate offices of Viaero Wireless, a rural wireless and broadband internet service provider.

Rural areas with sparse populations are often not sought out by the telecommunications giants, leaving the residents with limited service provider options, and often without the ability to connect to high-speed internet. It hampers everything from economics to education to just simple communication. 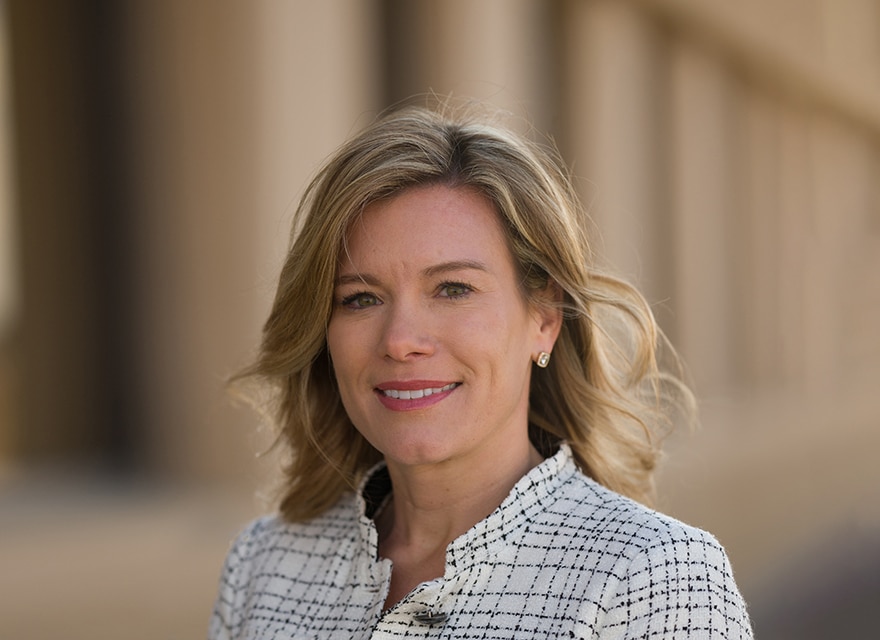 But in her capacity as general counsel for Viaero Wireless, Monica Akin is doing her part to enhance cellular and broadband connectivity for scores of rural communities in Colorado and Nebraska, as well as slices of Kansas, Wyoming and South Dakota.

“I like knowing that what I’m doing has a positive impact,” Akin says from Viaero’s headquarters in Fort Morgan, Colorado.

The only in-house lawyer for one of the nation’s largest private wireless rural carriers, Akin’s responsibilities in the past couple of years have focused on introducing new towers and broadband services in sometimes remote locales long bypassed by the big telecoms.

It’s been a detail-intense and highly regulated process, but throughout 2019, the company website has carried news of the latest communities to be brought into the wireless fold. Many of these places one would be hard-pressed to find on a map, but to Akin that makes it all the more rewarding.

Within the past year, Akin has overseen the creation of several in-house companies, each tasked with a specific duty. 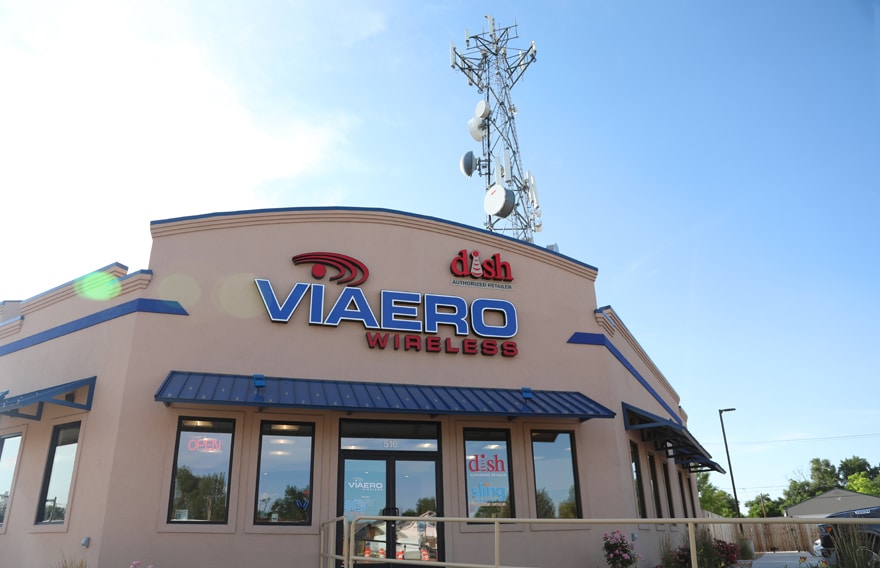 There’s the company in charge of installation and deployment of fiber that will serve not only Viaero’s network but will also provide dark fiber to other service providers. While this company will deploy fiber to connect to Viaero’s towers and can offer services to the towers’ tenants, it is also in the process of building out its fiber network and connecting from Denver to Omaha, which will offer huge advantages to many other internet service providers needing large capacity options and the ability to interconnect into data centers across the country.

Yet another company owns and manages all tower structures and operations, and is also entrusted with site acquisition and the purchasing of land or easements. A construction company is charged with building, maintaining and installing equipment on all of the towers and structures.  Two other companies handle logistics and real estate investments. All of this is in addition to the original company responsible for providing cellular and internet services to its customers.

The companies are expanding and growing in all aspects. “Everyone has a specific job, oftentimes wearing multiple hats,” says Akin, whose responsibilities extend into a variety of areas of law from contracting to compliance, real estate, human resources and corporate governance.

Incrementally the progress becomes obvious with a big upgrade in public safety as AT&T has selected Viaero and its subsidiaries to support the deployment of the First Responder Network Authority [FirstNet].

This project will include various aspects of the business, from tower leasing to installation, integration and optimization of AT&T’s equipment, necessary for the deployment of the FirstNet project. With the events that have happened in the past year, Akin reminds, this project is paramount in rural areas where police and fire departments may be far apart, and where floods and tornadoes are a constant threat. Still, she’s optimistic that by the middle of 2021, the deployment of AT&T’s network—enhanced with Band 14—will be completed and operational on hundreds of towers.

Some kind of exciting field she’s gotten herself into, Akin muses while adding that much of her education within the area of telecommunications law has come on the job. 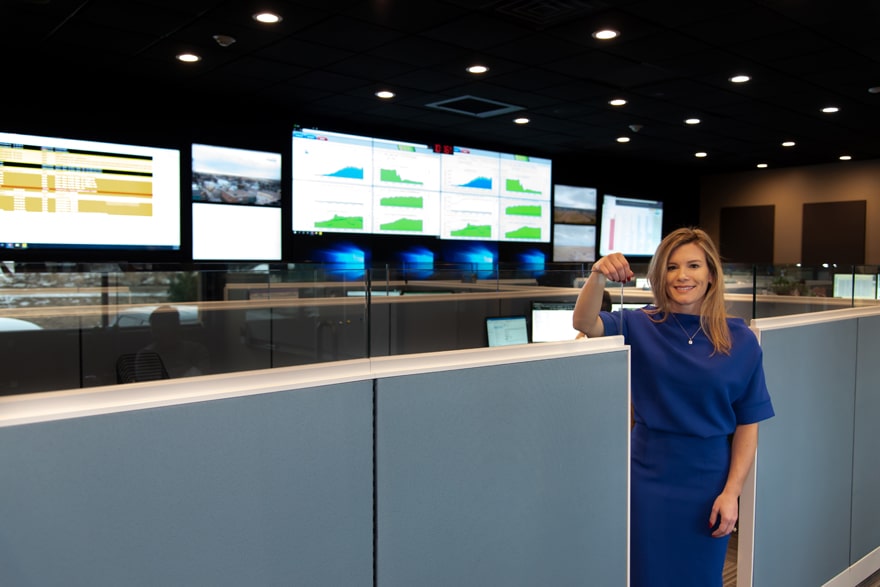 “There weren’t any courses on this in law school,” says the 2015 graduate of University of Wyoming College of Law. “Telecommunications law is something I’m constantly learning as the law changes with technological advances.”

It puts her in a position where she must keep Viaero compliant with existing rules and regulations, as well as anticipate what’s next on the books. Whether it’s participating in spectrum auctions, negotiating roaming agreements across the world, or trying to find ways to eliminate robo and spoofed calls, there is work to be done, every day.

Issues have also recently arisen at the FCC with Viaero and numerous other rural providers using equipment from Chinese companies like Huawei and ZTE, which appear on the Department of Commerce’s Entity List for U.S. security concerns.

Akin states “Viaero is fully prepared to comply with any order or change in law.”

For a small company though, the costs associated with a full network replacement will present some large obstacles for Viaero and others, as it will take time and considerable resources.

But Akin is where she wants to be and credits those who steered her in that direction, though it took some time. A rancher’s daughter from Nebraska, she graduated from Chadron State College in 2006 with a degree in legal studies but didn’t opt for law school until 2014.

For most of that time in between, Akin was a paralegal at Smith, Snyder & Petitt in Scottsbluff, Nebraska. Well-mentored and encouraged to pursue law school, she was initially drawn to litigation, but upon taking the plunge realized that in-house might be a better fit.

Upon being handed that juris doctorate, she didn’t have to wait. Viaero had been sufficiently impressed with her work as a law clerk while preparing for the bar exam, and immediately offered her the role of associate general counsel. Within just two short years, she was offered the general counsel position.

“It’s the place to be, in-house,” she says. “It offers the opportunity to be deeply involved in so many avenues of the business, where you truly get to see your work put into practice and come to fruition.” 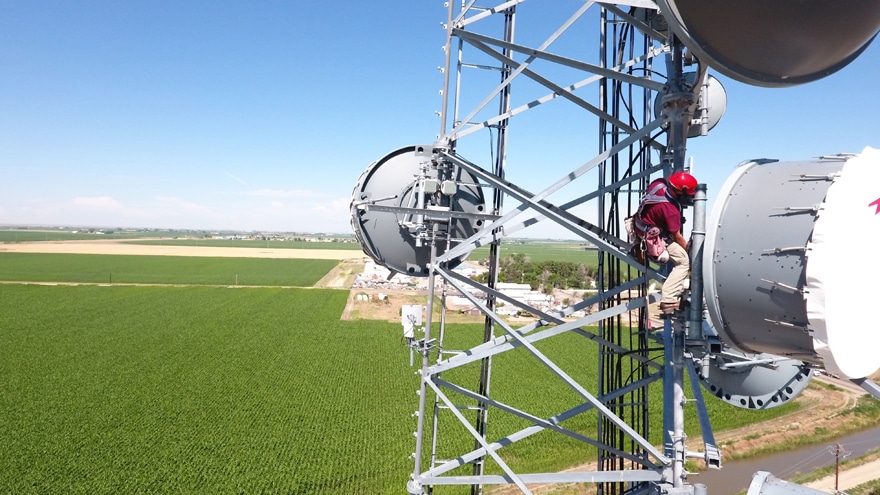 The companies are doing big things, and Akin is excited to be a part of that.

With Fort Morgan being not far from the Nebraska border where Akin grew up, it enables her to stay close to her family as well as start a small ranch of her own. She and her husband have bought a piece of land there where they plan to build a house and raise a few cattle. In the meantime she gets plenty of farming and ranching experience at her parents’ operation.

“Ranching and lawyering, there’s a complementary touch between them,” she says. “When I need a break from reading and regulating, I can work the cows or spend a day on the tractor. At the end of the day, I’ll be grateful to return to the office.” 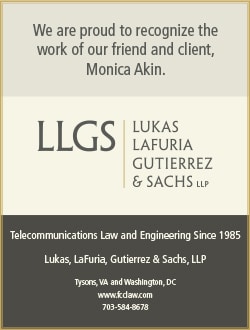