Asked how she became the capable and determined attorney she is today, Mona Stone’s response is quick and unequivocal.

“I’m a product of great mentorship,” she says.

Without those early mentors, Stone says she likely wouldn’t have become the first Indian American attorney to scale the ranks at Locke Lord, a nationally recognized firm with growing industry sectors around the world. 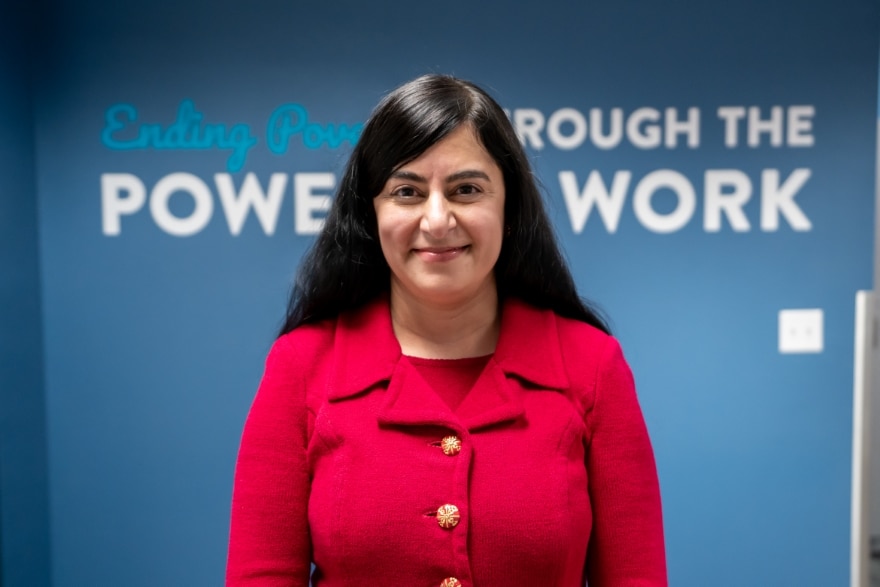 “I think of mentorship as a duty to pay forward,” says Stone, who is among those pushing the company’s diversity, equity and inclusion efforts.

“We want to showcase that having a diverse and talented workforce really makes a difference,” says Stone. “We don’t have a choice, the world is shrinking and demographics are changing daily, and so we need to reflect the communities that we serve. That’s our primary focus.”

Goodwill of Central and Northern Arizona is one of the oldest and largest nonprofit organizations in the state. For over 65 years, it has provided job training and employment programs to Arizonans in need.

“Our critical mission is to end poverty through the power of work,” she says. “As we grow, that means our service opportunities can expand and we can make a bigger impact, building stronger families and communities.”

With Stone at the helm, the company has completed its second merger in four years, acquiring Monocacy Valley Goodwill in Frederick, Maryland, in July 2020—the first was the 2016 merger with Goodwill of Northern Arizona.

Stone says the most recent merger was completed in less than a month. Her goal was to ensure smaller Goodwill locations that were hit hard by the pandemic could remain open—while extending the Arizona platform to different states.

The longest title in the company

When she started with the company in 2016, she was the only in-house attorney. Today, with four distinct roles, she oversees a growing legal department complete with an associate attorney and two paralegals. Asked how she manages to juggle it all, Stone is quick to credit her team. 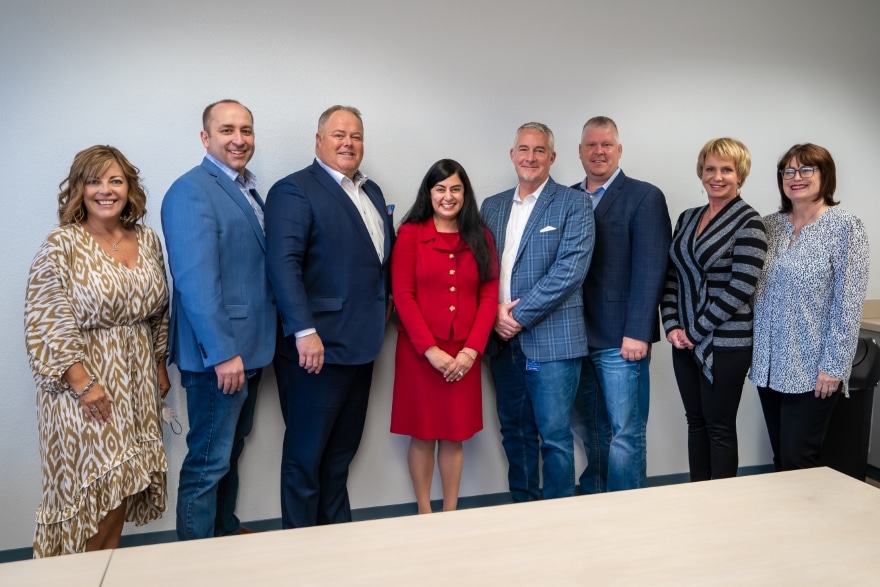 “I’m lucky to work alongside an incredibly talented group of people,” she says. “At my level, the day-to-day is about making sure my team has the resources and the tools they need to help the business run smoothly. Then I can focus on the vision and strategy for where we want Goodwill to be in the next five to 20 years.”

For her, that means focusing on the organization’s strategic vision and looking at ways to diversify operations, with the aim of helping GCNA expand its operations—and bring hope to as many people as possible.

The power of education

One of Stone’s current projects is the development of the Excel Center, a tuition-free high school for adults in Phoenix, Arizona. She explains that more than 720,000 working-age adults in Arizona don’t have a high school diploma. What’s worse, the net results—lower earnings, fewer job opportunities and a higher reliance on public assistance—have come at an enormous cost to the state.

Slated to open in late fall 2021, the Excel Center—whose services will be provided free of charge, including childcare and transportation—will help thousands of graduates increase their earning potential through a combination of standard high school curricula, workforce training and career coaching.

“The goal is to set up several Excel Centers throughout Arizona,” she adds. “This type of meaningful work is why I’m so passionate about my work at Goodwill. It makes a real difference in people’s lives.”

Growing up in Peoria, Illinois, Stone notes she acquired the midwestern values of humility and gratitude—along with a work-hard-play-hard mentality.

She got her first job at the age of seven, helping her older brother deliver newspapers, and hasn’t stopped working since. Whether it was chipping in at her grandparents’ grocery store or holding student internships during the summers (including stints at Caterpillar’s world headquarters for three summers in high school and college), for Stone, these experiences gave her a sense of purpose—and a nose-to-the-grindstone work ethic that would serve her for years to come. 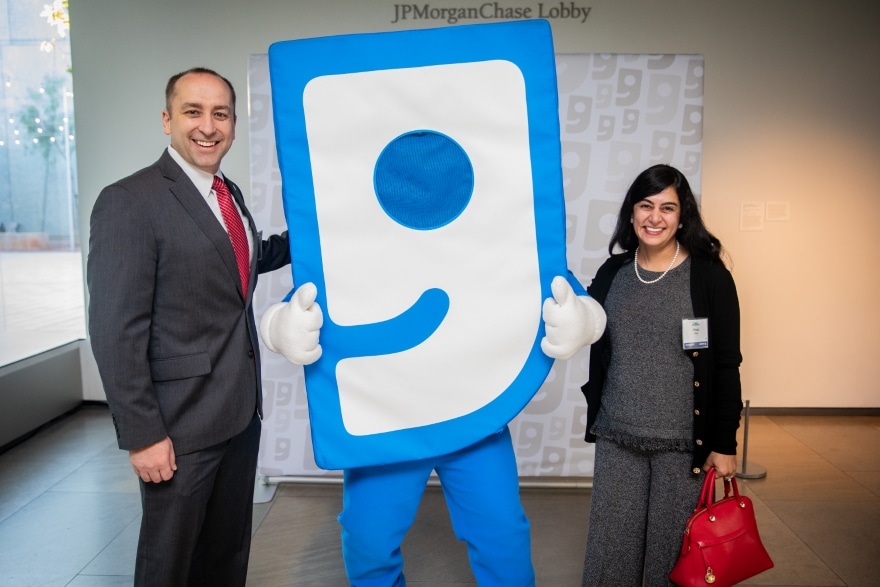 A college internship with federal Judge Joe Billy McDade, one of few African American judges in the city and a highly respected civil rights activist, opened her eyes even further. Stone recalls that she enjoyed watching McDade handle situations with grace and humility and attributes her own style of mentorship to her time under his wing.

“He taught me the value of determination and perseverance and the importance of mentoring and giving back to our communities,” she says. “I think these values have really served me well as I progress through my career. I always try to exemplify the lessons that he taught me.”

In many ways, Stone is following in McDade’s footsteps; she’s currently mentoring seven men and women throughout the organization—including a few who are currently working under her leadership.

She also gives back through the company’s Diversity, Equity and Inclusion Council. Launched in 2020, the council has action groups to represent everyone, including a women’s group and an African American group.

“Our goal is to develop some metrics to show that we are going to produce results,” adds Stone. “Folks should not only have a seat at the table. They should have a voice, too.” 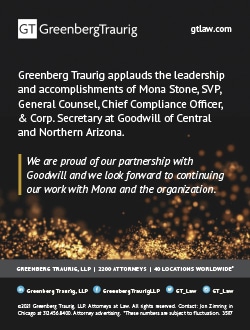 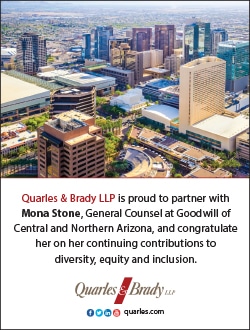 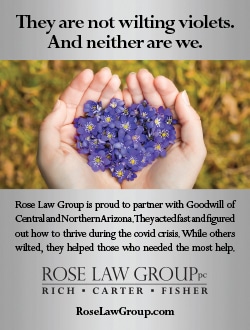 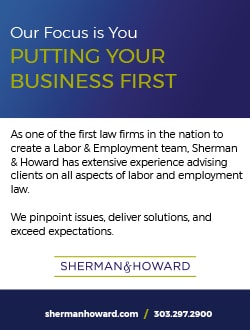 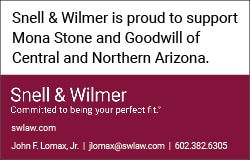 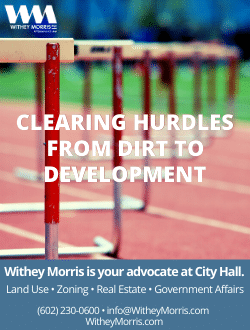