When Tiffany McMillan-McWaters relocated to Southeast Virginia from England with her husband in 2013, she encountered a difficult in-house legal market saturated with attorneys—and next to no job opportunities.

Despite being well-versed in contract law, she applied for a job as a paralegal at Liberty Tax, a tax-preparation service company based in Virginia Beach. While it may have felt like a step backwards, McMillan-McWaters knew she was getting her foot in the door—while taking on an array of an interesting of legal duties. 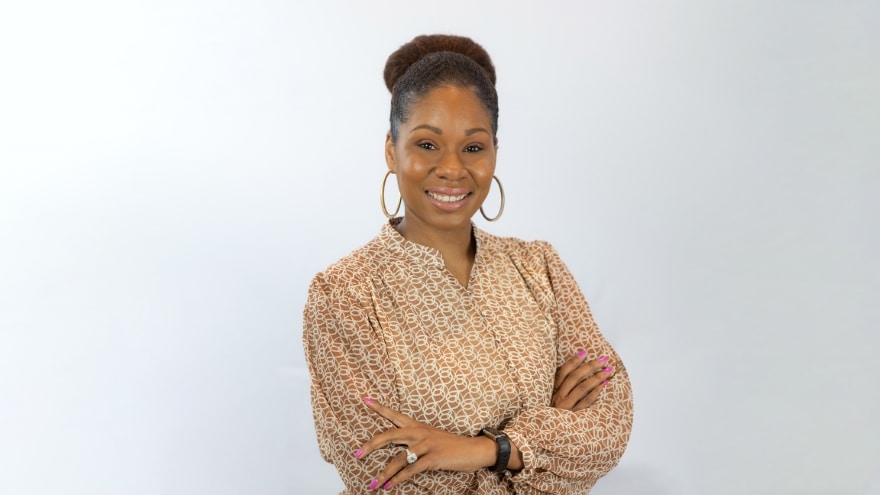 Instead of the paralegal job, however, Liberty Tax offered her a role as a contract specialist—with a focus on the relatively small field of franchise law. For McMillan-McWaters, it was an opportunity to broaden her skills: negotiating and drafting franchise agreements (including amendments, transfers and terminations), creating purchase and sale agreements, helping forge corporate partnerships and so on.

It was also a steep learning curve, with Liberty Tax operating more than 2,500 franchises around the country.

“I was closing deals for new franchises ahead of tax season to ensure the franchisee was able to properly utilize the resources we had—while responding to other internal transactional requests,” McMillan-McWaters recalls. “It was a lot, that’s for sure.”

More than eight years later, Liberty Tax served as the platform for establishing Franchise Group, which owns six companies offering everything from home furnishings to pet supplies to vitamins. The change has broadened McMillan-McWaters’ role, which now includes supporting the executive management team in everything from franchise law and corporate governance to compliance, risk management and internal policies.

“I’ve always preferred contract law to litigation,” she says. “In-house attorneys have different capacities because you learn to be nimble, thoughtful and strategic with a business-oriented mind. Outside counsel can help provide the guardrails—the dos and don’ts. In-house attorneys have the added pressure of finding creative solutions. Especially in the franchise industry.”

From taxes to tutoring

In that initial acquisition and the others that have followed, McMillan-McWaters provided counsel and guidance on negotiated agreements for M&A, including financing—which is made more complex because most of the acquisitions focus on franchise or dealer models.

As she and Franchise Group leaders consider which companies to acquire, McMillan-McWaters says she looks at aspects of the prospective opportunity. This includes franchised versus corporate owned locations, the relationships between corporate headquarters staff and franchisee owners, material vendor contracts and leases for locations. 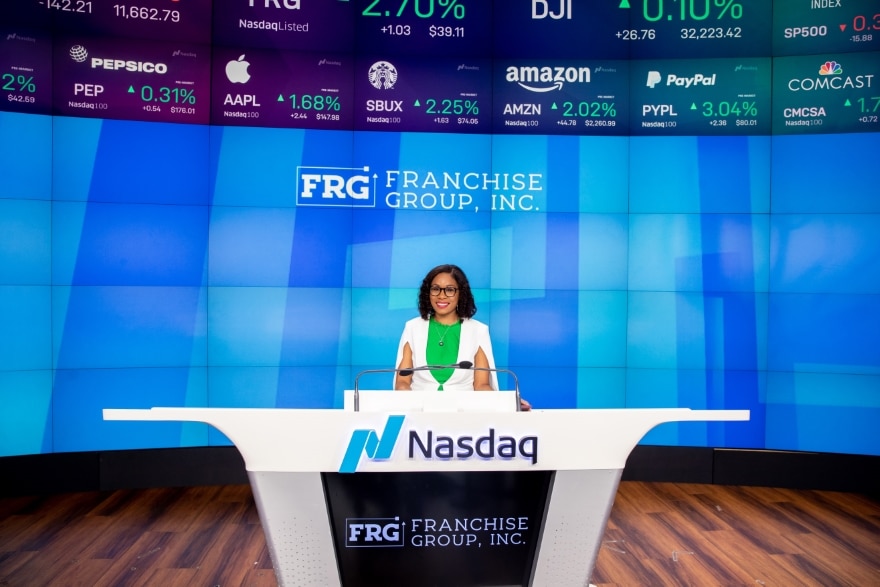 As Franchise Group has grown, McMillan-McWaters has also become a lifeline for general counsels at its companies who report to her on legal and compliance matters. She provides the expertise and guidance based on the perspective of compliance as a public company.

“Overall, we have a lean legal group. Being on your own and tackling a new area of law will send anyone into panic mode,” she says. “I’m able to alleviate some of the shock factor by assisting others who may be a bit green in the franchise and public company compliance space.”

McMillan-McWaters is also ensuring the Franchise Group makes diversity, equity and inclusion a greater part of its operations by co-leading its DEI and women in business resource groups.

The DEI framework is being established with input from at least two people from each of the Franchise Group’s companies. The collaborative approach is crucial, McMillan-McWaters says, as it ensures Franchise Group and its companies attract diverse candidates, develop and retain the best talent and provide opportunities where its employees can develop and grow their careers.

McMillan-McWaters meets each month with the general counsels for the Franchise Group’s companies to assist them with legal issues they face and to learn from what they’ve already put in place.

“It’s important for me to be part of this,” she says. “But we need to get it right first and we need the individual expertise from the companies to create the framework.”

The nine years she’s spent in southeastern Virginia are the longest she’s lived anywhere. After earning a bachelor’s degree in political science from Seton Hall University, she lived in Italy as her husband, Michael, served a tour of duty with the U.S. Air Force.

McMillan-McWaters decided to return to the U.S. for law school and enrolled at the University of North Carolina School of Law. It was an ideal choice because of the program it offered—and because she could live with her parents as she studied. 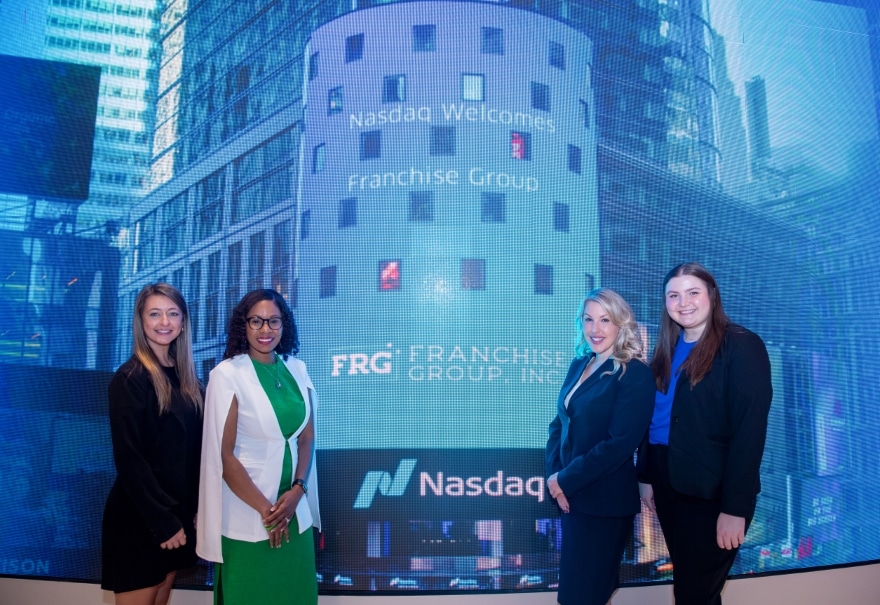 “You can’t pass up free rent and a home cooked meal,” she says with a laugh. “My parents certainly spoiled me during law school and with my husband overseas, my mom even served as my plus one on multiple occasions to the annual barristers ball.”

Her husband was deployed to South Korea, Afghanistan and Qatar and took leave to return for her graduation. When he was assigned to England, McMillan-McWaters accompanied him.

Before figuring out how she might start a legal career in the U.K., she had to figure out which state’s bar exam to take. She chose the New York exam, saying the New York bar is seen as an “impressive qualification” for attorneys working in international transactions.

McMillan-McWaters left for England a day after completing the bar exams. In Cambridge, she tapped into UNC alumni connections as well as Stephen M. Griffin, a professor of constitutional law at Tulane University whom she met as an instructor at Cambridge University’s study abroad program. She then landed a position with a global pharmaceutical contract research organization, where her practice focused on negotiating complex services and clinical trial agreements.

Liberty Tax provided McMillan-McWaters the opportunity to start a legal career in the U.S. In early 2018, she was promoted to senior counsel and co-head of the Liberty Tax legal department, where she managed the entirety of the company’s transactional legal affairs and oversaw corporate, franchise and public company matters.

But after compliance issues caused the company to be delisted from the Nasdaq stock exchange in February 2019, the company was forced to pivot—with an eye on increasing shareholder value by adding more franchised businesses. 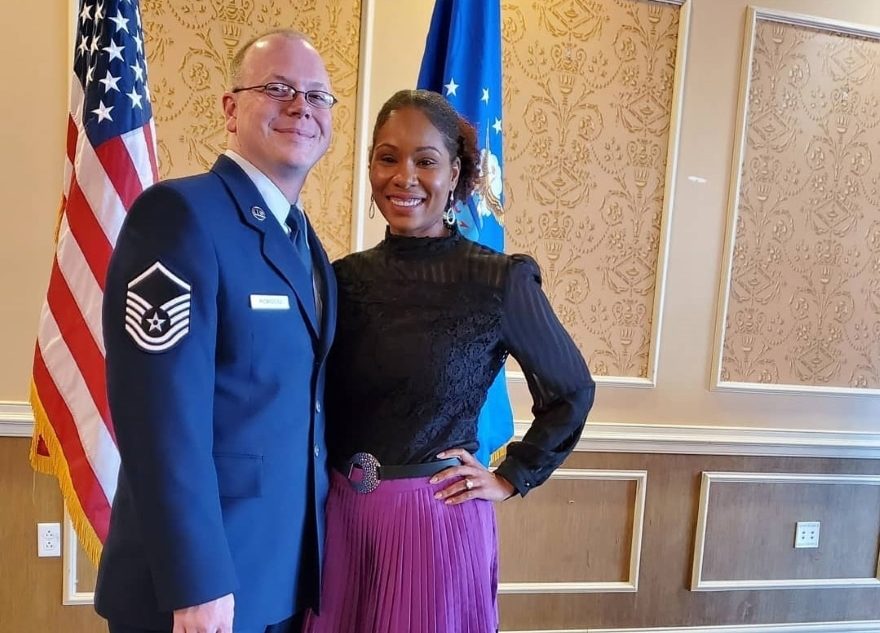 “The uncertainty surrounding what would happen next was intense,” recalls McMillan-McWaters, who helped get the new entity relisted on Nasdaq that November. “I’ll admit, I wasn’t sure if we could weather the storm. Looking back, I genuinely view this time as a vital learning experience.”

When Liberty Tax was sold, McMillan-McWaters was offered the opportunity to stay with Franchise Group as deputy general counsel. The continued professional growth opportunities were too good to pass up, she says.

“What I love is no day is the same at Franchise Group,” McMillan-McWaters says. “Liberty was the pivotal stepping stone for me, but I like the company’s challenge and vision. Adding M&A, ESG and DEI development and other duties make my work two-fold combining business acumen with a legal focus.” 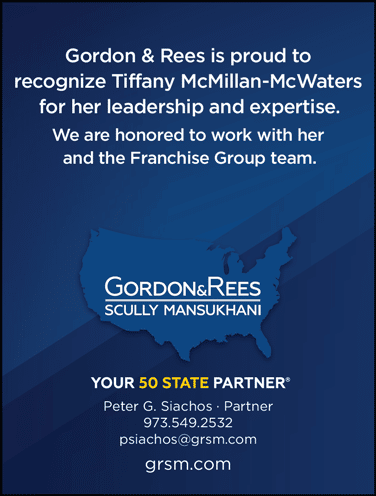 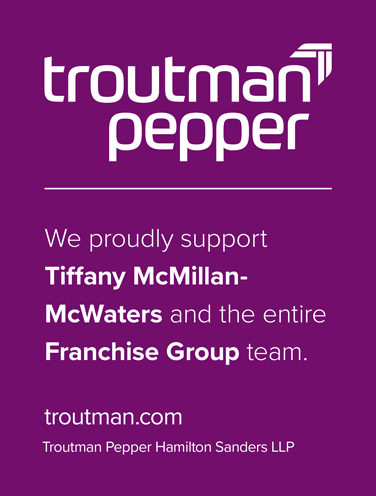