So much heavy industrial manufacturing under one corporate entity, it seemed prudent to split Ingersoll Rand and allow two separate business divisions to proceed with what they could do best. Prudent, however, is not to be confused with simple. Nothing is when overhauling a multinational.

But the process was consummated in 2020 with Trane Technologies emerging from Ingersoll Rand, which combined with another company, Gardner Denver. This enabled Trane Technologies to put more resources and brainpower toward its portfolio of environmentally responsible products and services through its global brands Trane and Thermo King. To boot, Trane Technologies was just named to S&P Dow Jones Sustainability World Index and North America Index. 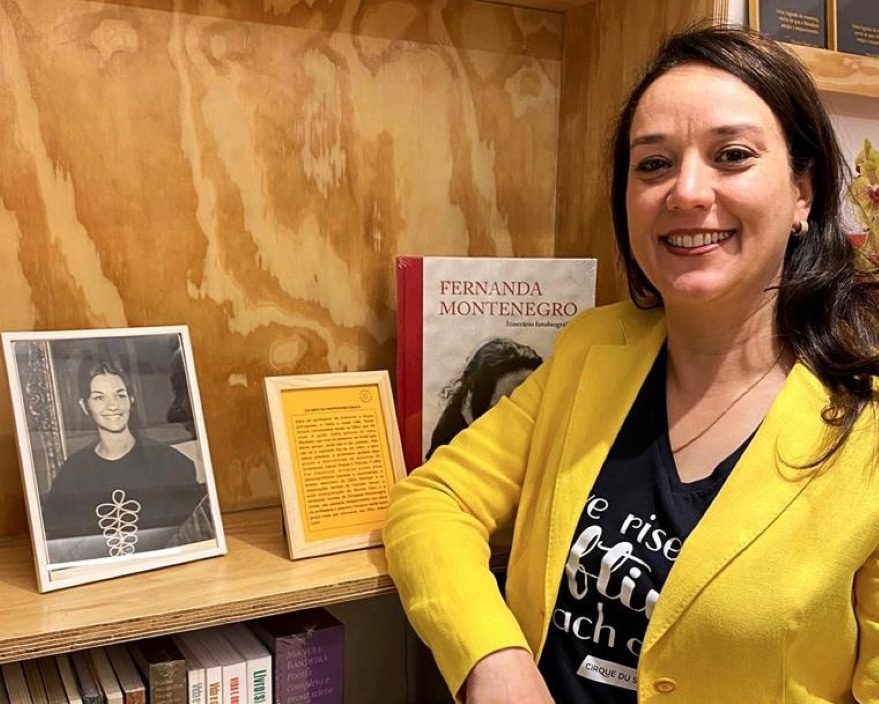 The arrangement’s been working well with much credit due to Fabiola Nabuco Leva, who handled the legalities for the companies’ Latin American holdings. Looking back, she regards it as the highlight of her Ingersoll Rand career, which began in 2010.

“For eight months, that was my role day and night,” Nabuco Leva says. “Each has become stronger and better able to achieve its goals.”

For Trane Technologies, where she’s remained as general counsel and vice president for Latin America, that includes reduced carbon footprints for the company and its customers, who benefit from efficient and sustainable climate solutions to buildings, homes and transportation.

“We all know that going green is a necessity, besides being socially responsible and making good business,” Nabuco Leva says.

No role for neophyte

Splitting Ingersoll Rand into two new companies necessitated a so-called Reverse Morris Trust that combines a split with a merger—in this case the Ingersoll Rand-Gardner Denver partnership—and allows a tax-free transfer in the United States should other conditions be satisfied.

For Nabuco Leva, the details were many. Each of the companies had its own manufacturing plants, distributors, suppliers and, of course, many contracts in the run-up. Employees were transferred and new legal entities created that needed different operational licenses. Then there were antitrust regulations to be met throughout Latin America and outside counsel to manage.

“With this project, legal demonstrated it can make a big difference,” she says. “We had to separate the company and keep both global businesses running without disruption. The businesses couldn’t feel the pain we were feeling. It was a crazy time for legal, finance and infotech, but we got it done.” 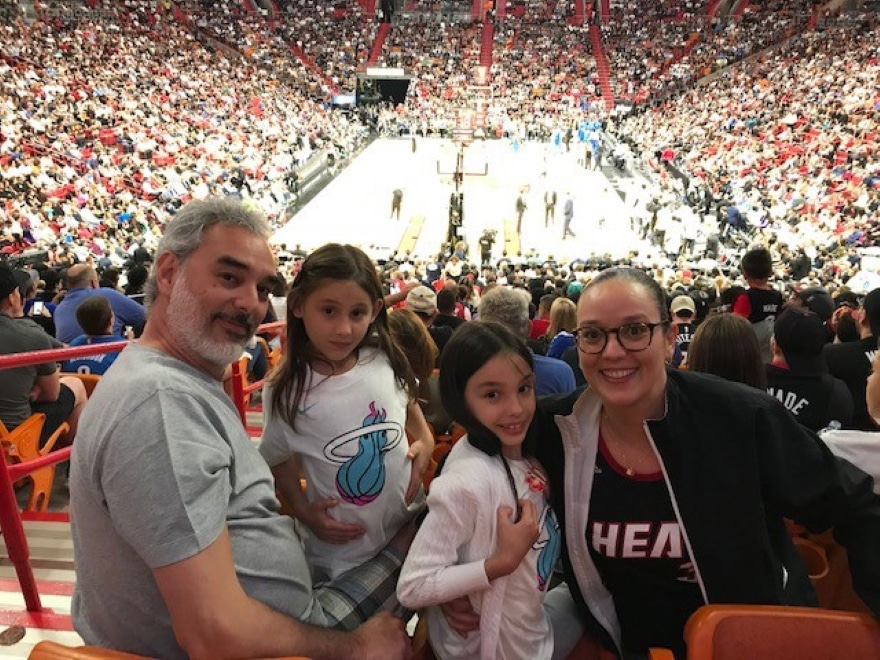 Only it’s never really done for there are spinoffs for Nabuco Leva to oversee. She says the tax code in her native Brazil is especially complicated, but she navigates it with a tax-law background. With two manufacturing plants in Latin America and an international trading hub in Panama, she oversees from Miami the contracting, labor, compliance, and regulatory matters for Trane Technologies. She’s aided by what she considers a dream team that can be managed remotely.

Then there’s been her contribution to diversity, equity and inclusion. Generally speaking, she says Latin America has been behind the DEI curve, though she cites Trane Technologies as an exception.

In 2020, Nabuco was among a few executives selected to help launch Trane Technologies’ leadership principles and culture and much of it has to do with DEI. The group delivered an empowering program and won the President’s Award for Culture and Community, which also granted it Trane Technologies’ highest honor, the Challenge Possible Award, in early 2021. Nowadays, she’s the Latin American representative in other company initiatives and doing her part to recruit, develop and promote diverse talent.

“There were many women who inspired me to become a lawyer as well as an independent woman who has the courage to invest to fight for justice and, more recently, to have also become a small business owner,” she says. “At times, being an immigrant presented its challenges but with hard work and help from many wonderful people, I’ve established myself as a business lawyer and businesswoman.”

Much of that inspiration came from her mother, a literature teacher, and her businessman father. At a young age, Nabuco Leva gained a sense of worldliness, her parents hosting exchange students and encouraging their precocious daughter to see beyond their small town. At 17, Nabuco Leva spent a year as an exchange student in Pennsylvania and was already committed to law.

“I’ve always defended the bullied and saw law as a way of doing so,” she says.

Nabuco Leva’s time in Greater Philadelphia improved her English, though the Spanish and Portuguese-speaking girl was already somewhat versed in the language, what with the Carpenters often played on the family’s stereo and the television tuned to an American movie. Upon returning to Brazil, the now-trilingual Nabuco Leva earned her law degree at Pontifical Catholic University São Paulo in 1996 and, two years later, a masters in tax law at Centro de Extensão Universitária, São Paulo. 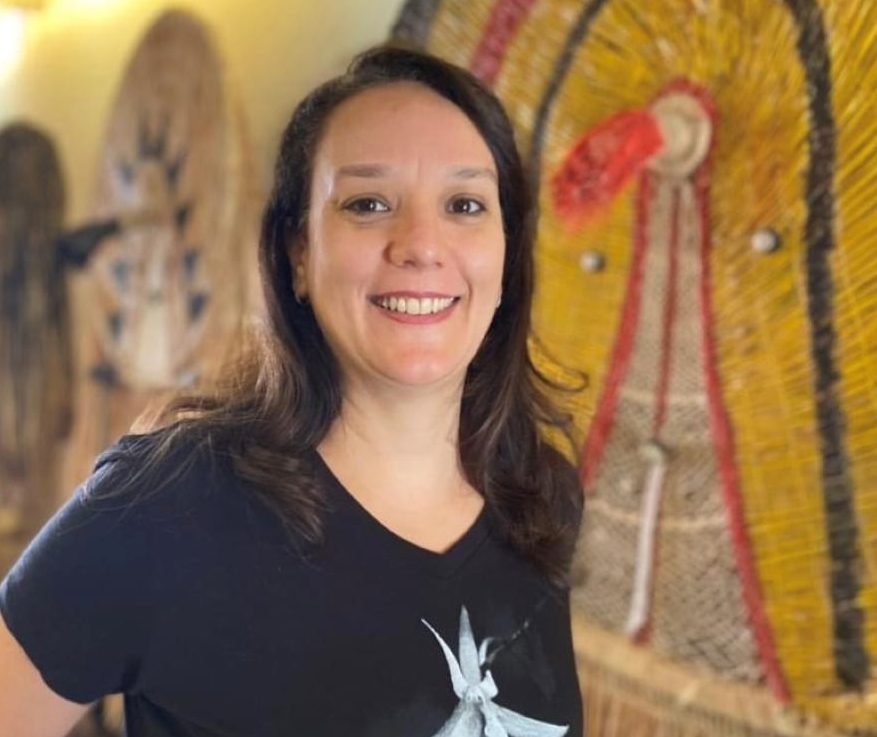 She honed her skills for over nine years at the São Paulo firm of Vinhas e Bernardi Advogados, advancing from associate to partner and thinking that might be her career. Then the University of Miami School of Law unexpectedly offered a scholarship in an international legal master’s program.

“Who says ‘no’ to that?” she rhetorically asks with a laugh.

She didn’t say no, and that’s what’s kept her in South Florida since 2005. One year later, Nortel Networks called with an offer for her to be a regional counsel and Nabuco Leva took a liking to in-house law. She stayed with Nortel until 2010 when Ingersoll Rand called.

It’s been an exciting run with mergers as annual events and so much to sort out with the Davidson, North Carolina, headquarters. She’s adjusted to life in Miami, the gateway to the Americas, and makes it back to Brazil several times a year.

“My family has always been extremely important to me,” she says. “My mother was the rock of my life, the brilliant mind and strong heart that shaped me into who I am and the person who always made life more interesting and more fun for me. Not having her physically here any longer is difficult, to say the least. But she lives inside my head and my heart daily.”

Nowadays, aside from corporate life and time with family and friends, she co-owns a small independent bookstore in São Paulo, Livraria Cabeceira, with her brother, Adauto Leva. Reading at home always was emphasized, she says, and a portion of the bookstore pays homage to her mother.

“I too want to be anywhere where I can touch more lives,” Nabuco Leva says. “I want to set an example as my mother did and somehow touch for better the lives of as many people as I possibly can.” 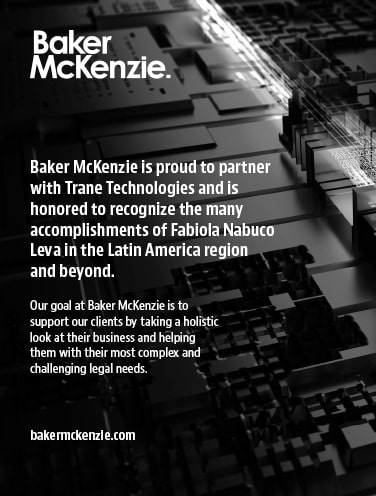