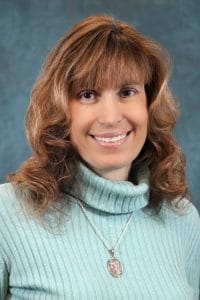 For a company that started out in 1923 trimming trees for the old Philadelphia Suburban Electric Co. and Bell Telephone, and has long since gone on to construct and service the most sophisticated infrastructure networks and utilities, being on the cutting edge of an ongoing technological revolution has always been part of Henkels & McCoy Inc.’s modus operandi.

Headquartered in the Philadelphia suburb of Blue Bell, Pennsylvania, and with more than 70 regional offices throughout the United States, H&M proclaims, “Our mission is to create a better connected world.” Their generations of workers share a proud, century long tradition of forming America’s backbone as the builders of the world’s strongest infrastructure networks, bringing reliable energy, communications and utilities to people everywhere.

But all that construction isn’t done outside and with heavy machinery; H&M decided it could use some rebuilding and reconnecting of its own—an ambitious restructuring project seen as necessary to ensure better growth, customer service and compliance in an increasingly complex regulatory world.

In charge of that effort was Caroline Henrich, a lawyer who had joined the company as vice president and general counsel in late 2014 after compiling an impressive resume in utility law.

Largely completed in 2016, the changes might seem like insider baseball to those outside the corporate world, but with the devil-ridden details involved in such mega-projects as communications networks, power transmission, storm restoration and oil and natural gas infrastructure, further specialization of departments can go a long way toward expediting projects that, under the best of conditions, may face the most challenging legal, environmental and regulatory issues.

“The formation of the holding company was conducted to enable future growth and to better serve our utility infrastructure customers nationally,” H&M announced. “HMI Services, through its subsidiary companies … will provide solutions for our customers in new and expanding geographic markets throughout the United States.”

The construction and engineering giant that is H&M wasn’t cut down to size, just fine-tuned.

On the faster track

“The larger an entity gets, the more it can cause circumstances that can produce challenges,” explains Henrich. “We now can enhance Henkels & McCoy by having a variety of different companies, each with its own focus.”

Henkels & McCoy Inc. will continue to focus on utility construction and engineering contracting, providing infrastructure for the power, oil and gas pipelines, gas distribution and communications markets throughout North America.

The newly formed HMI Services Inc. provides infrastructure solutions to utility issues, with a focus on what it deems the five drivers of growth: technology, process, labor, training and cost efficiency. The company provides construction, engineering and design services for wireless and wireline customers and a broad range of engineering and design services, including surveying, constructability reviews, consulting and corrosion control services. The other new entity, H&M Shared Services Inc., provides support resources to its affiliates.

A particular challenge was the corporate culture itself, says Henrich, explaining that H&M—a third-generation, family-owned company—had many capable people who could further their contributions under new arrangements.

“We had people who had long worked in one entity and now were being moved into another,” she says. “But they were positive, eager to embrace the challenges. It’s turned out well.”

Henrich lauds all of H&M’s Shared Services departments, whose employees spent countless hours completing activities in support of the reorganization and better positioning the company for continued growth.

Credit’s also due to her legal team, she says, adding that in was recognized last November with the prestigious GC Impact Award from the Legal Intelligencer, the nation’s oldest daily law journal, which serves the Philadelphia area.

“From the start, I had a wonderful legal team, and their day-to-day work enabled me to use my skills to the company’s best interests,” she says. “I’m very fortunate to work with such selfless, organized, strategic and detail-minded people.”

For Henrich, her H&M responsibilities mark the logical progression of a woman who earned a master of law degree in energy, environment and natural resources from the Pace University School of Law, in addition to her juris doctorate from the University of Pittsburgh School of Law. Although her undergraduate work at the University of Michigan was in political science and government, at a young age she found her way into the world of utilities, energy, mining, manufacturing and regulations.

Prior to H&M, Henrich served for nine years at Norsk Hydro in Baltimore where her responsibilities included corporate reorganizations and regulatory approval, as well as national and international transactions.

Before that, she was senior attorney at Valero Energy Corp. and one of its entities, Premcor Refining Group Inc., which operated refineries in Texas, Ohio, Tennessee and Delaware.

Her previous corporate legal work included stints at Peabody Energy as well as NiSource and an acquired company, Columbia Energy, where she worked on interstate gas transmission and telecommunications, and was introduced to some executives at H&M, who were contracting for the utility.

Years later, she’s one of those executives.

With such a background, the company hired Henrich and soon trusted her with vital assignments that included compliance, mergers and acquisitions, intellectual property, legal strategy, contractual risk, and, of course, the corporate restructuring.

“We’re very positive about the future and always committed to working in a safe, environmentally compliant way that benefits our customers and the public.”

As far as the future goes for H&M, and the construction industry in general, vagaries persist along with a sense of optimism. The new administration in the White House has promised infrastructural upgrades.

H&M has long been meeting the demands of government at every level. Communications, info-tech and utility infrastructure are among the areas that may be due for massive upgrades. In recent years, H&M’s workload has covered rebuilding transmission lines in multiple states and the restoration of power following 2012’s Superstorm Sandy.

“It’s too soon to tell,” Henrich answers when asked about the effects of a Donald Trump presidency on the infrastructure industry. “But I think I can say we’re very positive about the future and always committed to working in a safe, environmentally compliant way that benefits our customers and the public.”