Throughout her career, Carrie Hightman has often been one of the only women at the table.

Now, as chief legal officer for NiSource Inc., one of the largest gas and electric utility companies in the U.S., Hightman is working to bring not just women, but people from all backgrounds to the table through leading a comprehensive inclusion and diversity (I&D) strategy and by encouraging diversity in the outside firms she works with. 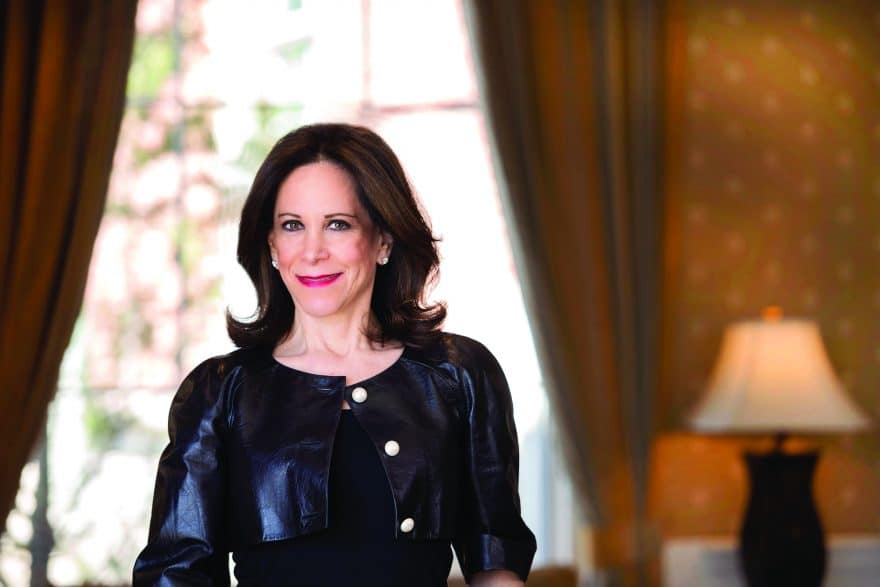 A couple years after joining NiSource, Hightman introduced a women’s leadership program that included annual summits, a mentoring program and an affinity group, all of which boosted the number of women in leadership positions by 80 percent.

In 2015, when NiSource spun off one of its divisions into a separate business, the executive team decided to review the company’s I&D efforts and made Hightman the lead executive of its diversity initiative. At a company as large as NiSource, a Fortune 500 company with more than 3.5 million natural gas customers and 500,000 electric customers across seven states, NiSource’s strategy is designed to make a significant impact.

“We went through some interesting discussions about where we need to go and created a strategy that is robust and comprehensive,” Hightman says.

Getting to the table

Hightman says it was logical for her to lead these efforts.

After spending much of her career at Schiff Hardin in Chicago, where she ultimately led the firm’s public utilities and telecommunications practice group for 15 years, she took a business role in 2001 at AT&T Illinois, president.

At that time, AT&T had a women’s affinity group that hosted voluntary meetings for women employees across the country to discuss issues pertinent to women in the workplace.

“I thought it was a really cool way to support our women, and it stuck in my mind,” Hightman said. However, when Hightman left AT&T and went to an energy company where there was no special support for women in the workplace, she says, “all along in the back of my mind I thought I’d love to put together some kind of programming that would be beneficial to our women leaders.”

After a couple years at NiSource, Hightman invited the other woman on the executive team to partner with her, and they got approval from the CEO to hold a women’s summit.

That led to development of a three-pronged program that they called ‘Building the NextGen.’ It included an annual summit as well as regional meetings for more junior women with high profile external speakers, a women’s mentoring program and an employee resource group named DAWN, Developing and Advancing Women at NiSource.

“After five years we saw great results,” Hightman says. “Literally, the percentage of women in director level and above positions increased by more than 80 percent. It was a really great program.”

Including all minorities, not just women

Building the NextGen was so successful that when NiSource went through its corporate shift and reevaluated its I&D efforts, it decided to expand the program to include all underrepresented groups, not just women. With Hightman as the executive champion, the company decided to emphasize a culture of inclusion and teach leaders to value everyone’s contributions.

Now, rather than host an annual summit for the top women in the company, NiSource hosts an annual summit for female and diverse leaders. That includes speakers like Erica Dhawan, founder and CEO of Cotential, a firm that works to inspire collaboration and innovation across generations and cultures; a female director of NiSource, who worked previously as a senior executive for Procter and Gamble and dealt with culture differences around the globe; and Andres Tapia, a senior client partner at Korn Ferry, a workforce performance firm that specializes in inclusion and diversity.

Now NiSource is developing metrics to measure the results of its I&D efforts. It currently looks to employee engagement survey results and annual leadership reviews that include feedback from other employees. It’s not just about numbers, though. Hightman says it’s about creating a culture of inclusion where people feel like they and their ideas are valued.

“It would be simple just to say, ‘It’s the right thing to do, that’s why it’s important,’ but that’s not the only reason we’re doing it,” Hightman says.

NiSource recognizes that having a more inclusive work environment will help it provide better service to its customers, help it better understand customers’ needs, make it a more attractive employer, and give it a better opportunity to attract and retain top talent.

“It’s all about meeting our business needs, really,” Hightman says.

On her own team, Hightman changed the legal department award that previously recognized outstanding performance to an award that recognizes inclusive leadership.

“Our legal department is no different than any other department in the company, in that the greater the diversity, the greater and more creative our approach to solving problems, and the better our group will be in ensuring the company meets its stakeholder commitments,” Hightman says.

While the 75-person legal team is not as diverse as she would like it to be, the lawyers are working to recruit more diverse employees and to ensure the culture is inclusive.

The department also requires that its outside counsel take I&D into account. While Hightman doesn’t have strict diversity requirements, she does require annual reporting of information related to each outside firm’s efforts to be more diverse, including the number of diverse members of the firm generally, in management roles, and staffing the client service team.

“Once a firm knows it’s important to the client, it’s going to become important to the firm,” Hightman says, “and that will help drive change in the legal profession. Our goal is to increase promotional opportunities and compensation equity for women and other diverse attorneys.”

When the department first started collecting diversity data as part of its annual review of outside firms, some firms were concerned because their numbers were not strong.

“I’ve been involved in many different initiatives throughout my career to use the power that general counsels hold to try to influence law firms so that they will be more interested in advancing women and promoting minorities,” Hightman says. “I try to do as much as I can through my role to use the power or my purse string to force real change.”