Daniel Perez-Cirera rarely feels nervous anymore. Nervous was going to bed Sunday night ahead of another 80-hour workweek, or flying to Finland for that first meeting at Nokia headquarters.

As he walks once again into the Secretariat of Communications and Transportation (SCT) in Mexico City, Perez-Cirera isn’t gripped with doubts. But he’s aware of the stakes—for his company, and for Mexico. Here, in these halls and conference rooms, the country’s future is quickly taking shape. 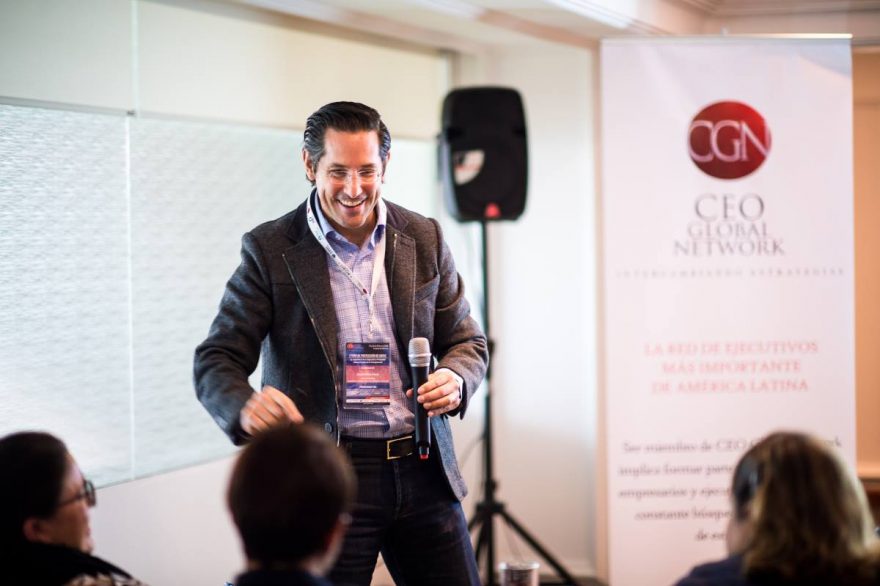 “Since I arrived, one of my main priorities has been to build bridges between our industry and leaders in government,” Perez-Cirera says. “It’s a constant back-and-forth, which is essential when you’re trying to build something like this.”

“This” is the internet of things (IOT), the network of devices—laptops, phones, cars and home appliances—sparking what Perez-Cirera calls “the fourth industrial revolution.”

Samsung Mexico’s general counsel insists the future is closer than you realize. A few years from now, you’ll be able to book a driverless car while sipping the coffee you ordered from bed and letting an app pick a work-schedule-specific wardrobe (and tell you the weather, of course). During your commute, you can check your phone to make sure the stove is off and your AC is tuned for the coming heatwave. All with a swipe and tap on your (ideally) Samsung device.

Only, according to Perez-Cirera, it’s not just Americans who stand to benefit.

“The way things are progressing, Mexico is going to be one of the few countries to have a robust IOT infrastructure,” he says. “So we’re trying to lay the legal groundwork as quickly as we can, while doing so equitably and responsibly.”

Back in 2015, the year Perez-Cirera first arrived at Samsung, IOT (pronounced by its individual letters, I, O, T) was still a fringe phrase. Being occupied by more immediately pressing matters, the fallout from the Galaxy Note 7 recall foremost among them, Perez-Cirera didn’t give the term much thought.

But as he learned more about Samsung’s business—how the company had its hands in everything from tech to finance to icebreaking oil tankers, dwarfing the scope of Apple—his focus began to shift. Mining his experience at Nokia, Perez-Cirera spearheaded an overhaul of Samsung Mexico’s data and privacy protection practices. He added muscle to his department through seminars and training, designed to strengthen it for the compliance deadlifts to come.

At one point, Perez-Cirera called a colleague at Samsung’s global headquarters, wondering if he might have a template on which he could piggy-back for the IOT legal implementation, which to that point had been standard protocol.

“The litigious processes stemming from IOT were so new, even for global, that they basically said, ‘It’s up to you,’” Perez-Cirera recalls with a laugh. “That’s a huge burden, but one I was excited to tackle.”

Beginning in 2017, Perez-Cirera began interfacing with officials from the Federal Telecommunications Institute, (IFT) and the SCT, two Mexican government departments charged with regulating the telecommunications industry. Given the enormity of IOT, Perez-Cirera knew he couldn’t simply lobby for laissez-faire policies (like net neutrality); from a liability perspective, the stakes were far too high.

“We want to be leading the way, but not just in terms of the technology, but in consumer, privacy and environmental protections, as well,” he says.

The collegiality proved equally crucial in the launch of Samsung Pay, which allows customers to purchase in-store items with a simple swipe of their Samsung device (and for which Perez-Cirera negotiated with officials in Mexico City). Similarly, he worked with the government’s banking institutions on the rollout of Samsung’s virtual bank card, designed to help traditionally underserved populations access credit.

It’s this broader impact—of knowing his work is having a tangible, positive impact on society—that Perez-Cirera says has been his single biggest motivation.

That, and a sweetly-worded nudge from a fifth-grade teacher.

While attending grade school, at the ASF in Mexico City, Perez-Cirera showed a knack for critical thinking (and the occasional argument). So much so that one of his instructors, Mrs. Dawn Friedman, herself a Harvard-trained lawyer, wrote a note insisting young Daniel had what it took to chart a similar course.

A dual degree in law and business from Northwestern University is pretty darn close, all things considered. But it’s been Perez-Cirera’s post-school accomplishments that would no doubt make his teacher proud.

After flirting briefly with a career in criminal law—what he still considers “the profession’s purest form”—Perez-Cirera’s first full-time role came at the Mexico City firm of Galicia Abogados S.C., where he handled everything from M&A to high level private equity investments and securitizations. To this day, he credits the eight-year stint—plus a one-year externship with New York-based Davis Polk & Wardwell LLC—for shaping and developing him professionally.

Over time, however, the rigors of a partnership track took their toll. Perez-Cirera found himself pulling more and more all-nighters. What had once been a passion felt monotonous, draining. During his final full year at Galicia, he amassed 2,900 hours.

“It’s a record I hope I never have to break,” Perez-Cirera says. “For as much as I’d learned, it felt like I’d lost my purpose.”

Just when it seemed like his nerves couldn’t fray any further, a recruiter contacted Perez-Cirera about a general counsel opening at Nokia Mexico. Despite being told the position was filled, his persistence—and recent experience working on telecom issues—eventually won out.

While there, Perez-Cirera lobbied Mexico’s congress and industry chambers to adopt “safe harbor” legislation, giving companies like Nokia (and later, Samsung) more leeway on specific regulatory provisions. In 2012, Perez-Cirera moved to global manufacturing giant Ingersoll Rand, serving as general counsel for the company’s Mexico division until 2015, when he made the leap to Samsung.

Ten years later, Perez-Cirera says his decision to move in-house is one of the best he’s ever made.

“There’s an enticing rush you get from seeing things get done and having an immediate impact on society,” Perez-Cirera reflects. “With IOT, we have a chance to do something truly special.” 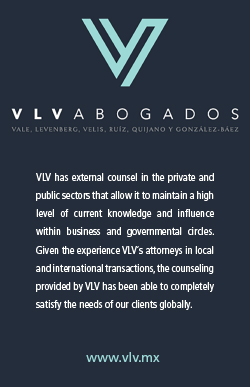