Commute to campus, attend class, commute back home, put in eight hours at work, find time to study—repeat. In the simplest of terms, this was Julie Elliott’s undergraduate college experience. And it’s not unlike that of many degree-seekers.

With more people of all ages and a diversity of backgrounds attending college, the so-called “non-traditional” student is anything but.

Therein lies opportunity for The Annex Group. Based out of Indianapolis, the firm specializes in providing student housing in underserved areas, as well as affordable housing in larger college communities dominated by high-cost residence halls. 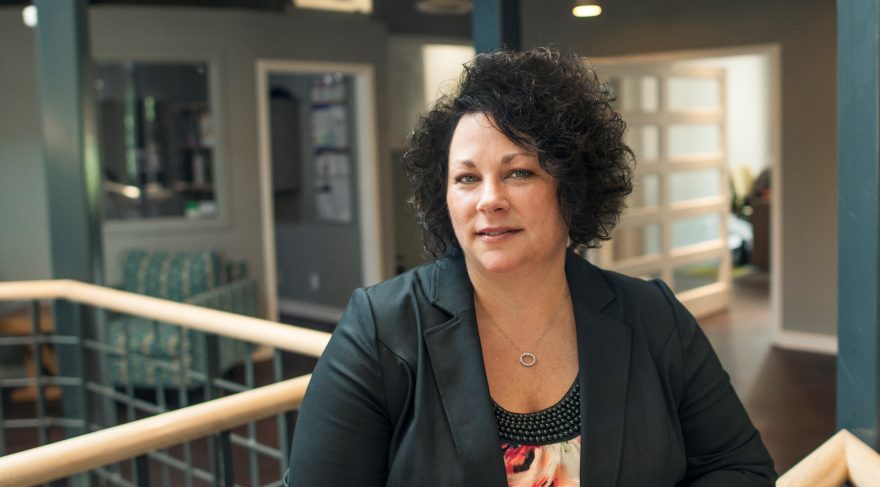 Joining as its general counsel in early 2016, Elliott is the self-described “poster child of the experience we’re trying to change.”

“We’re still an emerging company with a strategy to grow, but it’s important to us that we maintain the culture inherent in a smaller firm,” she says, calling the team at Annex “phenomenal, hard-working, and fun, too.”

She adds, “We don’t have to do every project that’s out there—we want to do thoughtful, valuable projects.”

More than a name, “Annex” describes the firm’s purpose of bridging and building communities.

This year, Annex is also expected to wrap up the $24 million Annex of Terre Haute, featuring purpose-built units for Indiana State University students; and the Annex of Oshkosh, an $18 million, 310-bed development catering to students at the University of Wisconsin – Oshkosh. Both are equipped with a media lounge, game room and fitness center. 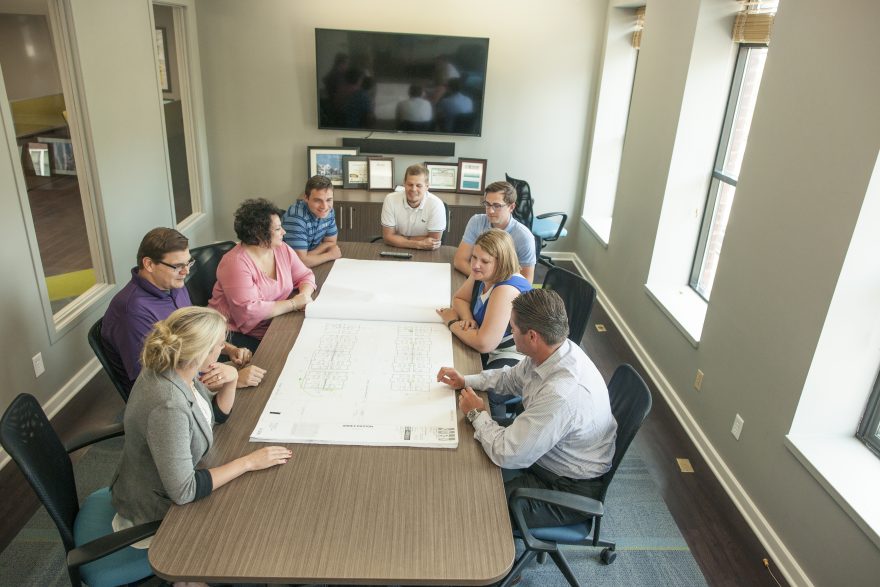 “Luxury student housing at some of the big universities focuses on high-end amenities,” says Elliott. (And she’s not kidding. Take to Google and you’ll see pictures of rooftop gardens and swimming pools, in-room fireplaces and floor-to-ceiling windows with sweeping views).

Emphasizing affordability, Annex’s goal is to bring a touch of that luxury to a wider group of students, and ultimately foster academic collaboration within the walls of its buildings—and economic development outside of them. In doing so, the company regularly meets with neighbors, community members and university leaders as projects progress, Elliott says.

Meanwhile, the firm has begun to branch out into the affordable multi-family market. Current projects include a remodeled mill in Connersville, Indiana for those aged 55-plus; a ground-up development in Kokomo, Indiana; and a project in Bloomington, Indiana, for which the company recently received a reservation of Rental Housing Tax Credits from the Indiana Housing & Community Development Authority.

In any case, “every deal comes with its own challenges, every deal is different,” says Elliott—adding that none is without a hiccup or two.

The Indiana University Robert H. McKinney School of Law grad serves as a legal team of one. With the company in growth mode, much of her time is dedicated to developing a strategic plan, vision, policies and procedures, and doing so “in a very smart growth way,” she says. In the future, her role may expand beyond traditional legal duties to more of a COO capacity, she says.

All told, “legal touches everything,” she says, adding, “I like being part of the entire process.”

The youngest of five children, Elliott is a first generation college graduate, and she acknowledges that she didn’t have much direction when she started out. It simply seemed like the next best step, so she applied, and was accepted at IUPUI, commuting back and forth from home while working part time at first and eventually full time.

She planned to become a teacher, until one day a mentor encouraged her to take an aptitude test. She was surprised when the results revealed that she should pursue law or politics. She chose the former, switching to the university’s school of general studies, focusing on political science and a paralegal certification.

“It just started clicking,” she says. “It came really naturally.”

After graduating, she began work as a paralegal—without even considering law school. That was, until she took a job with Bose McKinney & Evans LLP, where she was encouraged to do so by partner Angela Stephens-Tarter. 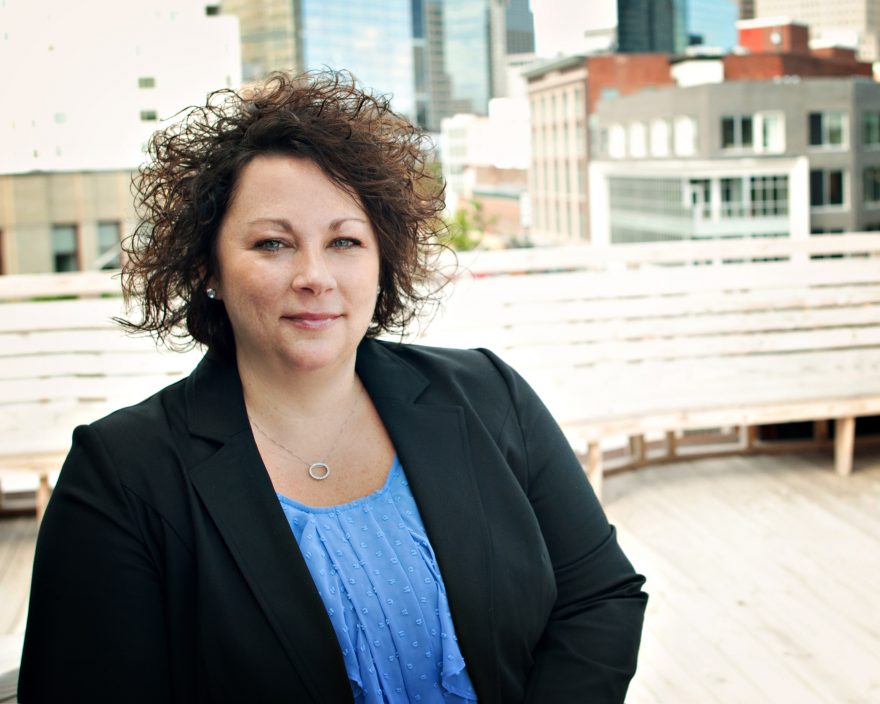 “She saw something in me that I didn’t see in myself,” says Elliott, noting that it took nearly the whole time she was in law school for her to realize that she had earned it and deserved to be there.

Graduating in 2012 in the top 20 percent of her class, she served as associate general counsel at Mainstreet Property Group LLC before joining Annex Group.

All in all, she says, “I came from a humbling background.”

And she hasn’t forgotten it (or taken it for granted): She strives to remember her late father’s advice that life isn’t all about money, spending her free time enjoying family, friends, football, traveling the country or laid-back staycations.

As for The Annex Group, she couldn’t have found a better fit, she says. “I like being a part of the decision-making, the problem-solving, building something and growing something.  That includes having the pleasure of working with invaluable partners like Katz Sapper & Miller, First American Title Insurance Company and ONI Risk Partners.” 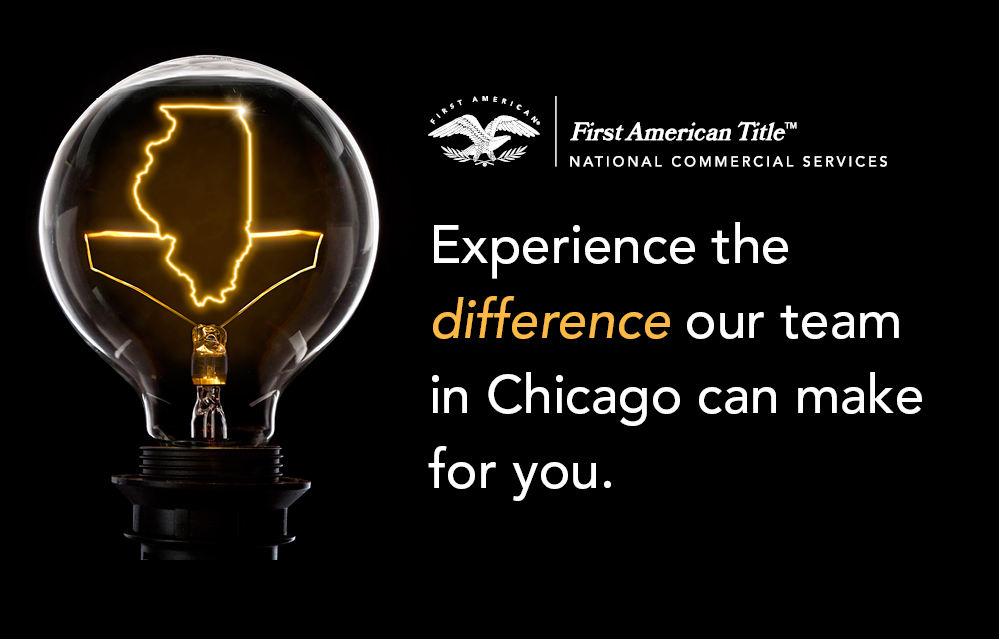 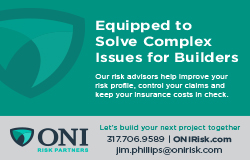 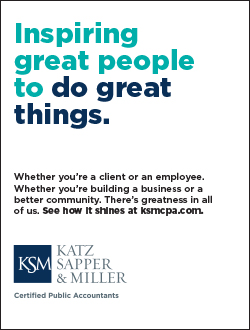