A sweet return home to headquarters in Harlem

Around the office, Danielle Cooper Daughtry hopes to be known as the candy lady—and with good reason.

With two and a half decades of experience as a law associate, corporate and chief counsel, Daughtry watched employees avoid in-house counsel like they’d avoid a school principal—something she, a strong believer in communication, found problematic. So, around 2016, she started keeping a large bowl of candy on her desk in plain view. 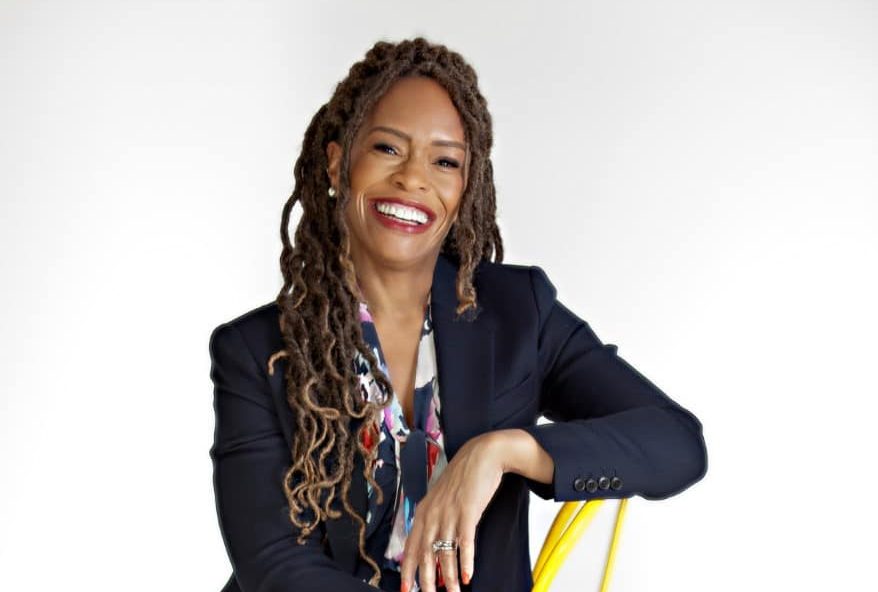 “They’ll come to grab a chocolate bar and start a casual conversation,” Daughtry says. “Often, they’ll share some problem they’re facing or anticipating, and I can start working to resolve it—all while maintaining a casual, open atmosphere. In short, candy helps.”

Communication is equally important to her at National Urban League, which she joined in March 2021 as general counsel and senior vice president of legal affairs. While she still has the candy bowl for impromptu one-on-ones, she also uses scheduled meetings with her department and internal partners to create a more productive and creative atmosphere.

“The goal is not agreement but consensus, collaboration, teamwork and communication,” Daughtry says. “Everyone should understand why certain decisions were made.”

As Daughtry explains, National Urban League’s goal has always been to assist underprivileged communities, so it’s currently developing a mixed-media building in Harlem on 125th St. in Harlem, New York, to bring in jobs and celebrate urban history and culture.

It also marks the return of National Urban League’s headquarters—currently located in the New York City’s financial district—to Harlem. Although the league has stayed in New York since its inception in 1910, it moved from Harlem to mid-town but never outside New York. According to Daughtry, this project is the dream of CEO Marc Morial and has been over 10 years in the making.

Once completed, the building will not only house National Urban League’s headquarters, but also the Urban Civil Rights Museum, the United Negro College Fund offices, Harlem-based Jazzmobile, and 100 Black Mens’—and there will be space for more.

To handle the financial aspect of such a large, complex project, Daughtry often works closely with the chief financial officer, Calvin Harris Jr. The project is currently on track to stay within its $242 million budget. 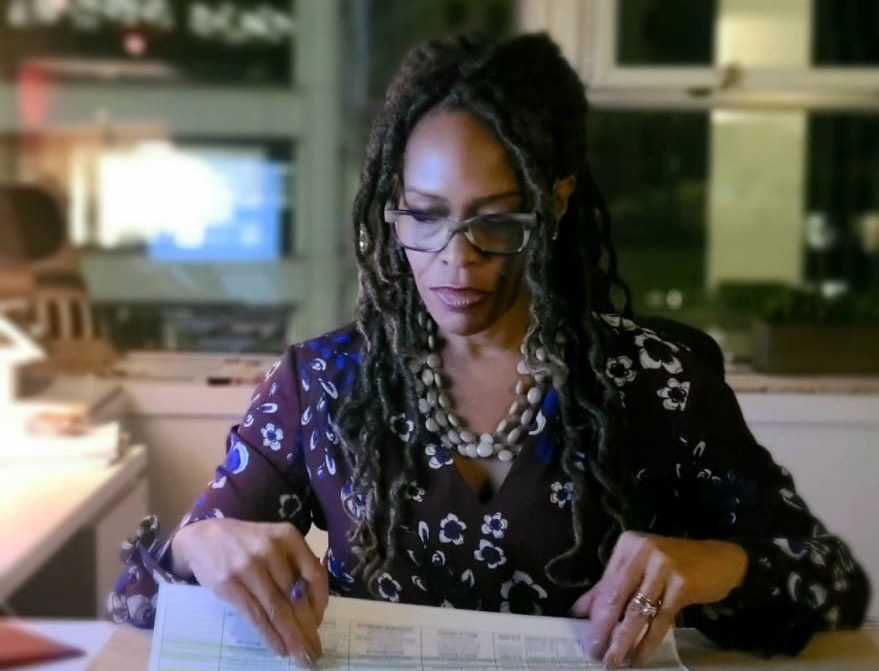 While Daughtry, Morial, Harris Jr. and others closed a large financial deal with Goldman Sachs as a major investor, National Urban League’s senior vice president of partnerships and advancements is doing the heavy lifting. He’s raising more funds to transform the 400,000 square feet of space on the site of a former state-owned parking garage into a multi-purpose building.

“The part of the project I’m most excited about is bringing new services and business to Harlem, such as the project anchors, Tarder Joe’s and Target,” Daughtry adds.

Team work to realize a dream

The building will also contain 171 residential units, all of which will be affordable housing. Thirty percent of those will be supportive housing for individuals and families who are homeless or at risk of homelessness, Daughtry says.

Because of that, the project benefits from New York State tax bonds. National Urban League has also used New Market Tax Credits as a source of funds for the project, as it’s anticipated to bring employment and economic growth opportunities to Harlem.

Even with CFO Harris Jr.’s assistance, Daughtry says she needed outside expertise to assist in reviewing the many highly technical aspects of the deal.

Staying true to the National Urban League’s mission and goals, she seeks outside help and guidance from firms that champion minorities and marginalized groups. For instance, she’s working with Dawanna Williams, founder and managing principal of Dabar Development Partners, a minority-owned real estate development and investment firm.

“Even in matters of construction, under Marc’s leadership, National Urban League wants to use partners who are experts in their field and committed to uplifting communities,” Daughtry says. “All of our project partners, from Dabar and L+M Development Partners to The Prusik Group and real estate developer, Taconic Partners, have these traits.”

On projects such as these, Daughtry uses a large contract management system, which she’s trying to move into a digital platform. National Urban League can annually receive more than 500 contracts. With a network of over 90 affiliates serving 3,000 communities across 37 states, a single umbrella contract may apply to 10 affiliates, for instance, so one contract is essentially 10.

“Our current system assigns a ticket number to each contract for tracking purposes, but we need automation,” Daughtry says. 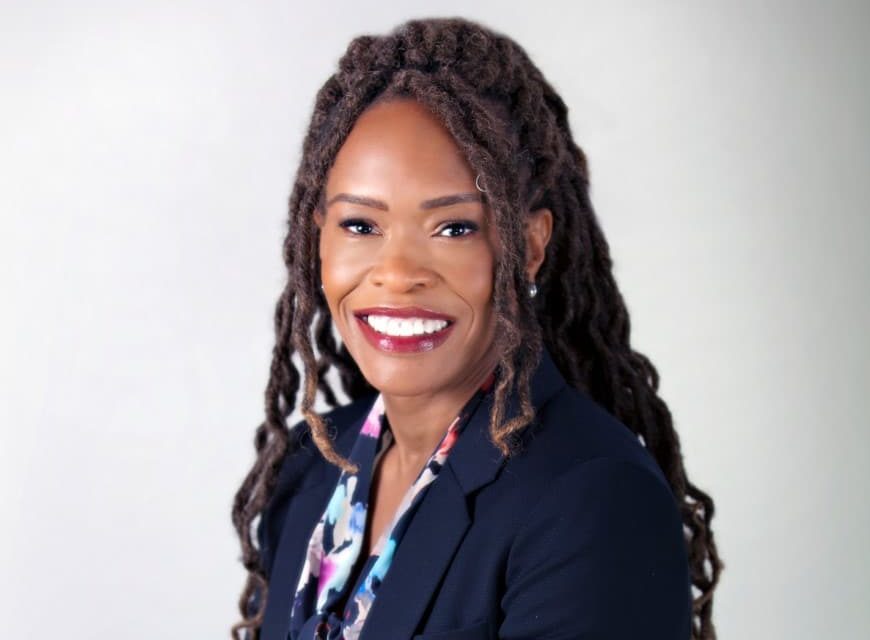 As part of the contract system, National Urban League needs to track everything from private and federal grants to third party vendors. The new system will not only sort this important information, but it will also replace back-and-forth emails with notifications—eventually.

“We are still exploring platform options with the assistance of Michael Miller, senior vice president of strategy, innovations and technology,” says Daughtry.

Her parents instilled in her and her sisters the importance of helping the community. She grew up in New York, with her father a member of the government and an activist, while her mother was a public-school teacher. They influenced Daughtry to obtain a bachelor’s in political science from Spelman College, then a law degree from Georgetown University Law Center.

At Georgetown, she served on the Journal on Poverty Law and Policy, was a student attorney in the Juvenile Justice Clinic, and was a member of the Black Law Students Association.

“Working with National Urban League is a culmination of my parents’ passions and mine,” Daughtry says. “It’s truly a dream when your skills further your passion.” 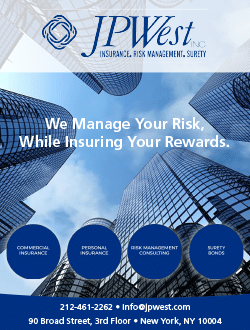 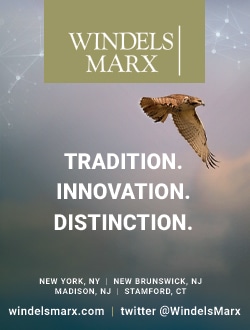