Sometimes in life and the business world, you find yourself back where you started. Such was the case when, earlier this year, Crescent Real Estate re-acquired the landmark property and its namesake: The Crescent, a 1.3 million-square-foot mixed-use property in Dallas.

According to General Counsel Andrew Lombardi, the re-acquisition was one of the largest single asset transactions in the company’s history. To fund it, Crescent raised capital via its GP Invitation Fund II investment fund, along with a reported $465 million loan from Goldman Sachs Bank USA and Deutsche Bank AG. 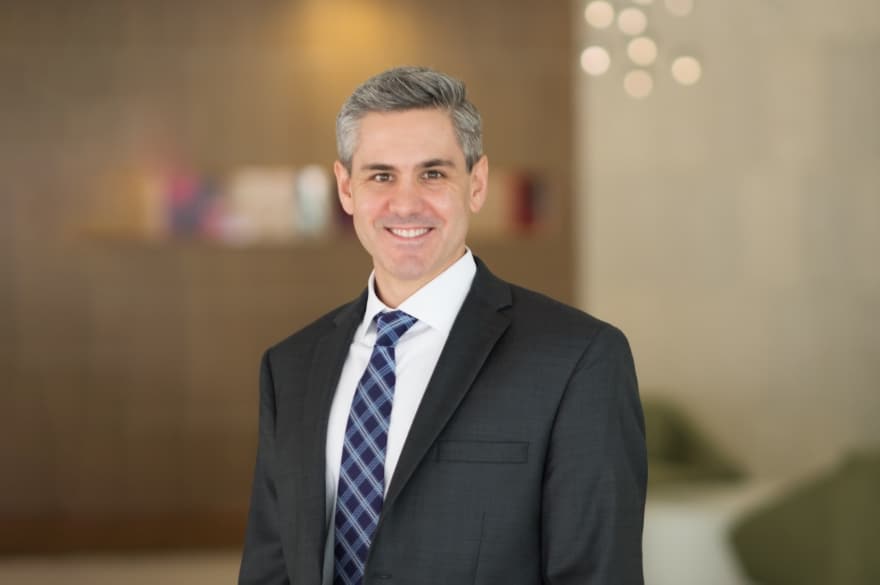 As Lombardi explains, Crescent is one part private equity company, one part real estate investor and operator. It has $4.3 billion in assets under management and another $1 billion under development. Despite the pandemic, the company has been growing rapidly over the past several years, and reacquiring The Crescent was an opportunity it couldn’t pass up, Lombardi says.

The biggest challenge, he says, was pulling off the complex deal on a tight deadline with a largely remote workforce.

“It made an already complicated transaction more difficult,” Lombardi says. “Thankfully, Crescent has assembled an A-plus group of players that consistently work toward a common goal in a very collegial atmosphere. We couldn’t have pulled it off without the team we have here, particularly the legal group.”

According to Lombardi, the idea of developing a high-end real estate and a financial investment business started in 1987 when Crescent founders John Goff and Richard Rainwater saw an opportunity to invest in private real estate equities and distressed debt. The company went public in 1994. In 2007 Crescent became private again through a sale to Morgan Stanley. Roughly two years later, Goff was able to buy Crescent back. 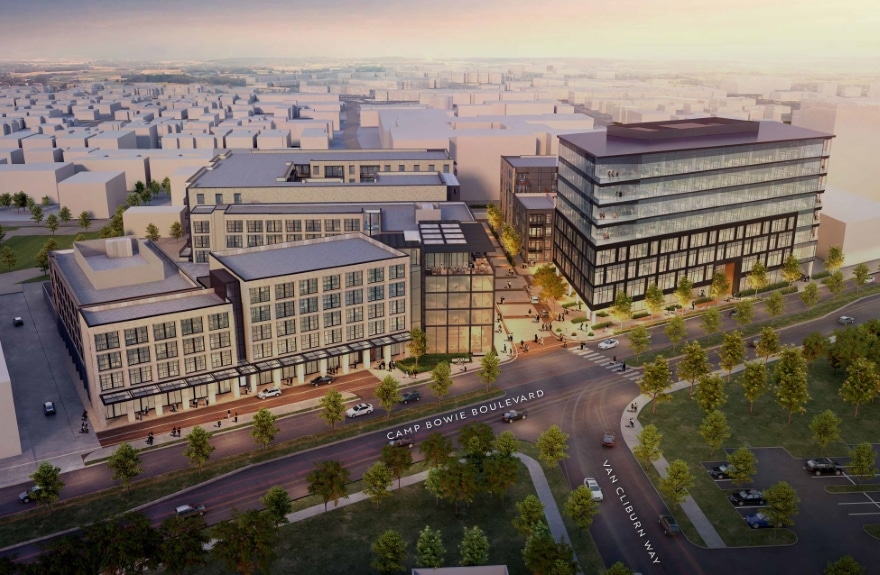 In 2016, Goff established the first of two GP Invitation Funds. The goal was to raise money, basically from pre-existing relationships and related connections, for future real estate-related investments. The funding mechanism, Lombardi says, allows Crescent to be extremely opportunistic when a potential investment arises.

Conducting this type of business means Lombardi has two roles in the company. On the private equity side, he handles all aspects of the venture and partnership processes and ensures regulatory compliance with government agencies. On the real estate side, he develops legal strategies to handle the company’s transactions and manages outside counsel.

What is old is new

Considered one of the most expensive commercial properties built in Dallas, The Crescent is a five-building office and retail complex with a 226-room upscale hotel attached. Purchasing it in 1992, Crescent sold the hotel right away, but kept the remaining complex for almost 20 years until selling it in 2011.

Five years later, using its GP Invitation Fund I, the group repurchased Hotel Crescent Court and promptly spent $35 million on renovations. Earlier this year, the company bought the rest of the property—the office and retail space—using funding from GP Invitation Fund II to complete the acquisition. 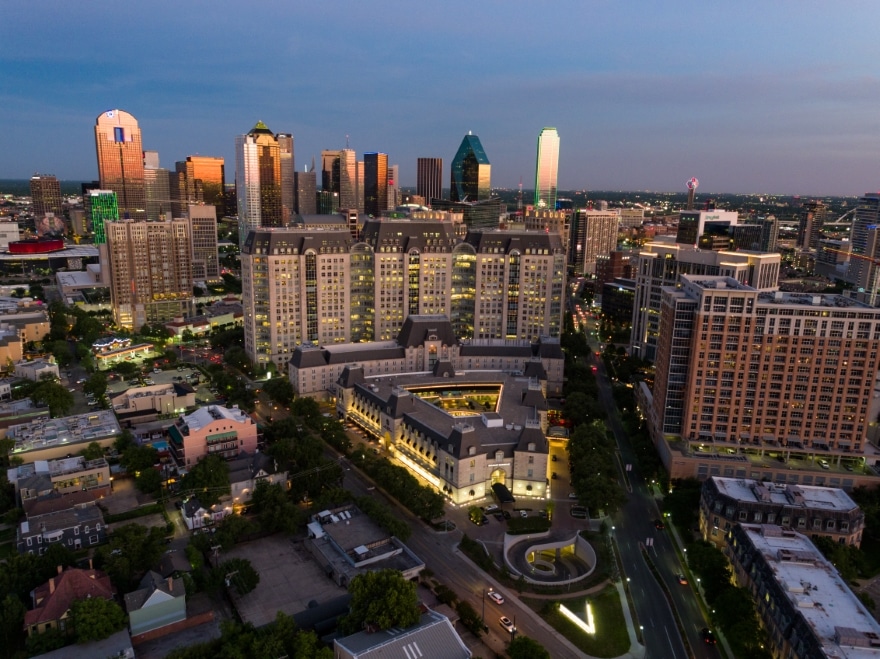 When Lombardi returned to his hometown of Fort Worth, Texas, after graduating from Southern Methodist University’s Dedman School of Law in 2006, he became an attorney at McDonald Sanders, a practice focused on real estate and oil and gas transactions.

Crescent Real Estate happened to be in the same office building. For four years, Lombardi plugged away at his work—with the hope of one day putting his 2003 accounting and finance degree from Texas Christian University to use. When he got wind of a job opportunity at Crescent in 2010—one that would marry his love of business with that of law—he was hired as asset management counsel.

“I grew up knowing that the executives at Crescent represented the pinnacle of business in Fort Worth. I took the leap and haven’t looked back,” he says. 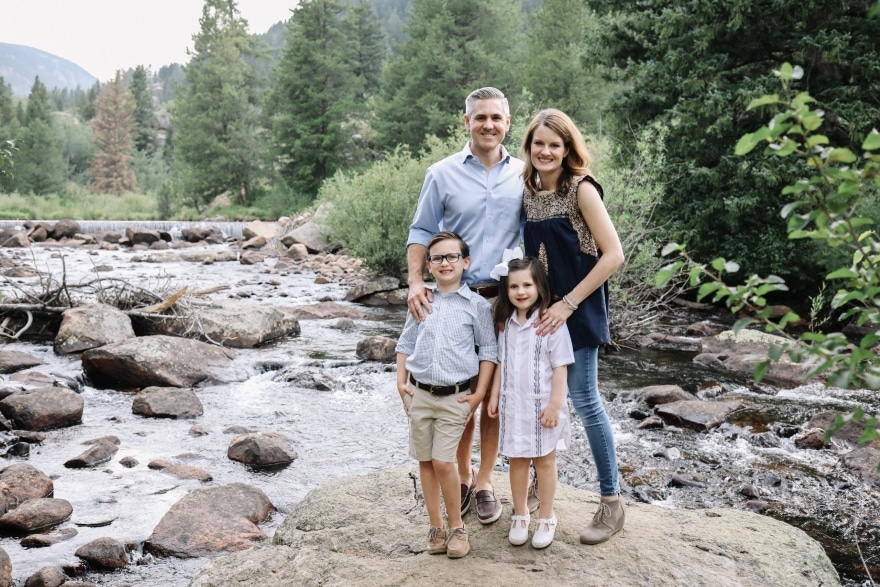 When Crescent sold the portfolio in 2011 and 2013, Lombardi was promoted to vice president, corporate counsel, and became responsible for the company’s legal functions. By 2016, he was helping establish the GP Invitation Fund I, which closed on $200 million in equity commitments. GP Invitation Fund II quickly followed in 2018, closing on $250 million in equity commitments.

That funding mechanism allowed Crescent to announce earlier this year it will be building a new $250 million multi-use development in Fort Worth, which will include 168,000 square feet of office space, a 200-guest room 4-star hotel, and 175 luxury apartments. The project is scheduled to break ground in the summer of 2021 and be completed early 2023.

Stepping up to the plate

With Crescent’s properties spread across multiple states, Lombardi spent much of 2020 keeping abreast of COVID-19 mandates and regulations. In addition to his other duties, he provides oversight and leadership for the HR department, records and administrative services.

Lombardi’s fine with shouldering the responsibilities. He gained unexpected management experience in his first job out of law school when two attorneys left the firm, leaving him to handle matters with barely a year’s experience under his belt. 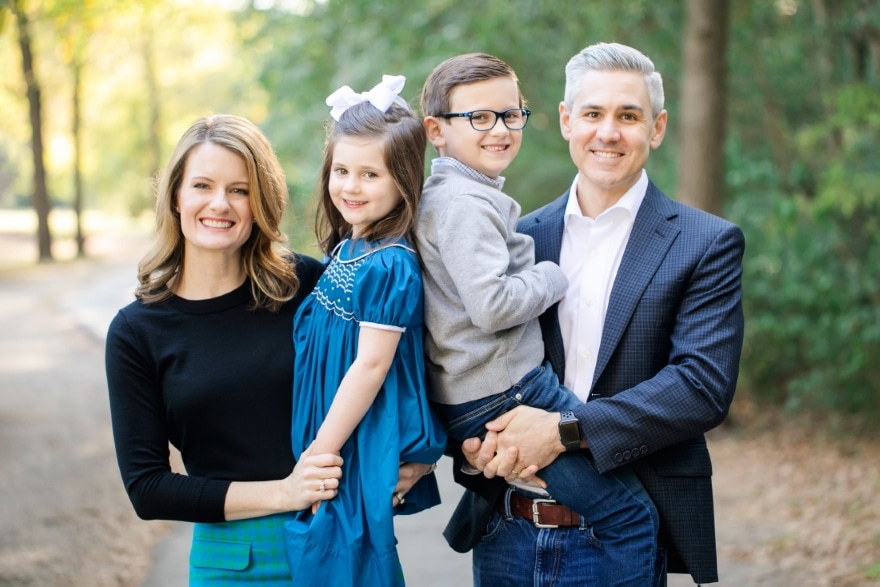 “Call it trial by fire, but I gained the experience I needed early on,” he recalls. “They needed me to step up, and I did. That experience made a big impression on me. I now know that no matter what happens, you can figure something out and get the work done. How do you get there? You make a plan.”

When he’s not wrangling high-finance deals, Lombardi also serves on the board of Cook Children’s Medical Center. Although there’s nothing he cherishes more than  hiking and biking in Colorado with his wife Adrienne, son, Robby, and daughter, Winnie, he calls his work at Cook Children’s the “most rewarding activity outside of his family.”

“I love the tangible aspects of real estate. We’re lucky we get to work on some really large transactions involving some really cool buildings,” Lombardi says. “I also love the fact we are supporting the community, creating spaces for people to live, work and play.” 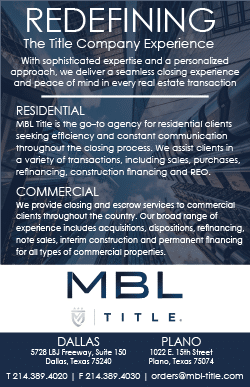 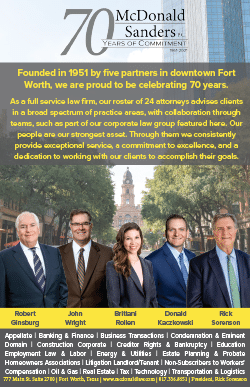 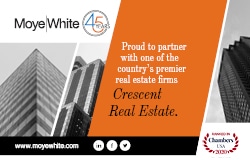 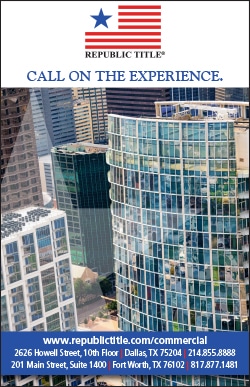