Helping a major elevator manufacturer rise to every legal challenge

Darryl Mitchell took an unusual path on his journey to become chief legal officer at elevator manufacturer Fujitec America Inc. After five years in sales, the Columbia University grad returned to school to earn his law degree from University of Cincinnati College of Law in 1993.

From there, Mitchell spent six years at law firms in the Cincinnati area where he specialized in corporate, real estate and bank financing work. Mitchell eventually joined the legal team at General Electric (GE), where he completed contract work and negotiated sales and service agreements for aircraft engine and information technology (IT) infrastructure, as well as some labor, employment and litigation management duties. Mitchell decided that going in-house would position him to maximize his legal and business experience.  He also knew of GE’s stellar reputation for training corporate lawyers. 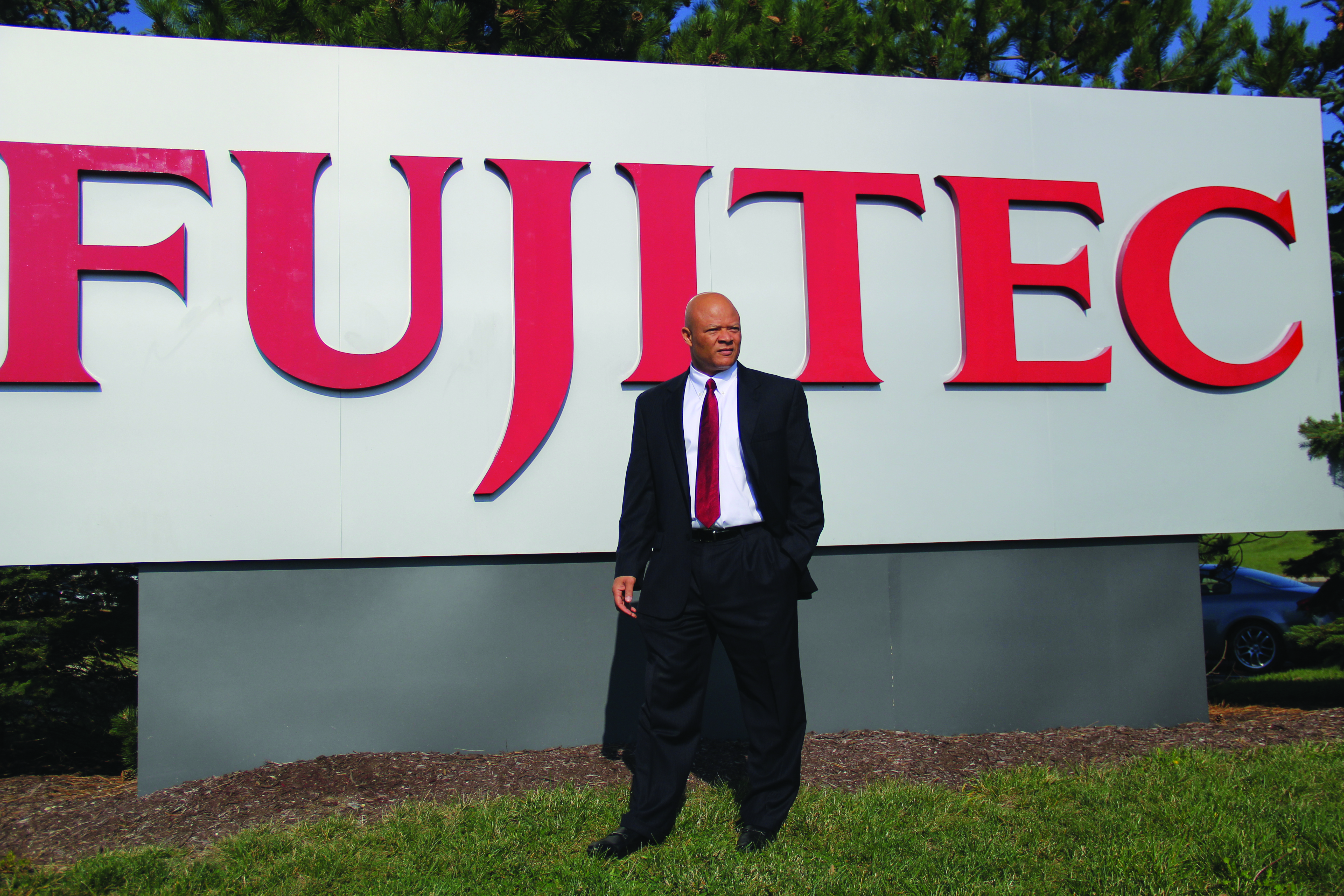 “I cut my teeth doing in-house work and worked for two different divisions in GE. In doing so, I confirmed my desire to become a general counsel,” says Mitchell. “I have always had an entrepreneurial spirit and my combined business skills and law degree allow me to provide a unique perspective.”

Merging the skills of a successful businessperson and legal professional can be difficult and at times, antithetical, according to Mitchell. “If I only executed contracts that met all of our risk profile requirements, we would probably only execute one or two contracts a year,” he says. “A business approach often requires that you learn to accept certain risk and encapsulate it as best as possible so that you can secure more business. Which meant that I had to learn the business fully, so I could approach the risks with my client’s perspective in mind.”

While he learned much during his time at the multinational conglomerate, one thing kept it from being the ideal position for a business-minded legal professional like Mitchell. “GE was a great company, however they sold the last division I worked for to a privately held company by the name of Compucom where the legal function reported to the business development officer instead of the CEO and my goal was ultimately to work directly with the CEO and the leadership team of an organization in order to build upon my strengths as a problem solver and strategic thinker,” he says.

Earning a seat at the table

After leaving Compucom, Mitchell worked for global industrial services company Harsco as director and global legal business partner for the company’s largest division. This position gave Mitchell the opportunity to both work alongside Harsco’s Division CEO and tackle a wide range of challenging legal issues.

“I had an opportunity to work on everything from environmental to employment issues and to learn the business at all levels of the organization. We completed international joint ventures, started new businesses globally, dealt with local jurisdictional and tax issues, import and export laws, and international litigation. The role encompassed a very broad legal scope,” he says.

While Mitchell was able to gain experience in a number of vital areas during his time at Harsco, which included a long interstate commute (Cincinnati, Ohio – Harrisburg, Pennsylvania) he began to look for a position a little closer to home. Armed with valuable in house and business experience from GE and Harsco, Mitchell found a great opportunity and joined Mason, Ohio-based Fujitec America in 2013, as General Counsel.  Now, after a 2014 promotion to Chief Legal Officer, he is responsible for all legal operations including litigation, as well as safety and human resources. The position also gives the attorney ample opportunity to further leverage his interest in both business and law.

“I really enjoy having an opportunity to work with the CEO and vice presidents of the organization. It’s a totally different perspective on the direction of and what is truly important to the success of the business,” he says. “What’s critical for me is to focus on and ensure that I have a direct impact on the goals and objectives of the company.”

Soon after Mitchell was brought on board at Fujitec America, he was tasked with helping the manufacturer get its rapidly expanding legal costs under control. This required him to learn the business and understand the risks impacting the company, which had faced a number of lawsuits in recent years as part of a nationwide trend that has seen service providers such as Fujitec America being increasingly held responsible for mechanical failures and breakdowns.

“My first priority was to get a handle on our litigation costs and make sure that we put in place a system to reduce our expenses there. Each time there is a claim, internal or external, as soon as the claim is filed the ticker starts running,” he says. “I have tried to ensure that our approach to managing our litigation involves an early assessment of each case for its strengths and weakness and how we can conclude the matter in the most cost-effective way. This requires our legal team to get right to the point at the beginning of the matter, what is the liability risk and what are the potential damages.”

Mitchell was also tasked with improving the company’s contract pipeline, assessing the relative risk of each contract in a bid to reduce Fujitec’s potential liability. “It is a question of whether or not we can convince our customers that it is unfair to require us to accept responsibility past a certain point,” says Mitchell.

Having worked at a number of different corporations throughout his career, Mitchell says he is particularly fond of Fujitec’s unique, Japanese-influenced business culture. “I have come to the conclusion that companies all have personalities like people. It is vitally important to understand the management structure of our company and how they operate. You cannot properly advise a client without knowing this.” he says.

“We are a Japanese-owned company and the Japanese culture is distinct from American culture. It’s more of a top-down operation and it’s a culture in which you’re given a direction and then you’re given the freedom and opportunity and resources to accomplish it without a plethora of meetings and discussions,” says Mitchell.

Founded in Osaka, Japan in 1945, Fujitec has 11 state-of-the-art manufacturing facilities spread across the globe. Founded 39 years ago, Fujitec America is a leading provider of vertical transportations systems including elevators, escalators and moving walkways. With a wealth of experience working with top executives and an ability to assess legal risk through a business-minded lens, chief legal officer Darryl Mitchell will continue to serve Fujitec America Inc. in its mission to capture a larger share of the country’s elevator, escalator and moving walkway market.