Bringing decades of institutional experience to a newly spun-off company

Over nearly 30 years with Kimball International, John Kahle steadily rose through the ranks at the furniture and electronics company. Starting out as an associate attorney in 1987, Kahle’s vision and business-minded approach to the legal function saw the attorney add executive vice president, general counsel and corporate secretary to his job title by 2001.

Kahle served in that role with Kimball until 2014 when the company went through a major restructuring that saw the electronics division spun-off as its own separate entity called Kimball Electronics. By forming a new, publically traded company to handle the bourgeoning contract electronics manufacturing business, Kimball International was able to refocus its efforts on the company’s three furniture brands, Kimball Office, National Office Furniture and Kimball Hospitality. 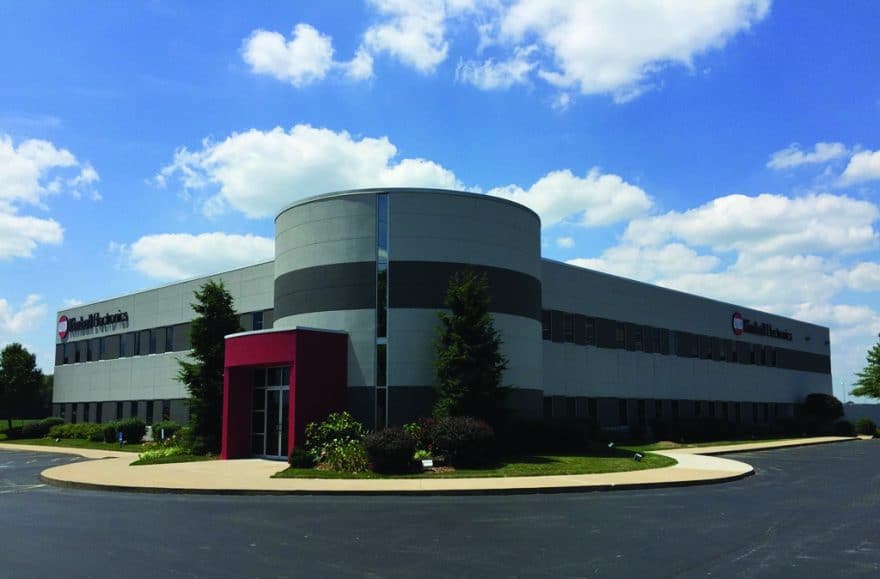 The spin-off was undertaken in recognition of the fact that Kimball had strayed considerably far from its roots. Founded in Chicago in 1857 as W.W. Kimball and Company, it was once the world’s largest manufacturer of pianos and organs. The company later became a wholly owned subsidiary of the Jasper Corporation, which leveraged Kimball’s brand recognition in the piano and organ market to move into the office furniture, home furniture and electronics sectors.

“We came out of the gate strong as a company and had no shareholder litigation to deal with and no backlash from the investor community,” says Kahle, who became Kimball Electronic’s vice president, general counsel and corporate secretary when he moved to the newly spun-off entity.

Involved from the start

While the spin-off presented a number of challenges, Kahle’s decades of experience with Kimball International and institutional knowledge allowed him to offer valuable insight on the process and meet vital deadlines. “I am particularly satisfied with the fact that we completed the spin-off within our planned timeframe of nine months from the time it was decided to make the split was announced,” says Kahle.

In recognition of Kahle’s experience and lengthy tenure with Kimball International, the general counsel was tasked with managing the “practical” aspects of the project, which included facilitating decisions about dividing resources between the established entity and the nascent spin-off.

“Spinning off the electronics business was a little like a mutually agreed upon divorce – but there are always a few items to deal with, like ‘who gets the toaster” says Kahle. “We also hired a trusted and reliable legal partner with experience in this area to help us out and make it work.”

Dividing the resources of one company between two entities required a number of difficult decisions on Kahle’s part, such as dividing up the very legal department he had helped create. Two lawyers who had previously worked for Kahle stayed on with Kimball International, with one of them moving into his former role as general counsel. “We made sure that she would have what she needed to be successful and to perform well; that seems to have happened seamlessly,” says Kahle.

In the end Kahle says the process was handled in a well-reasoned and efficient manner. “We held it to a minimum on both sides in order to manage expenses and our net increase in total costs didn’t go up that much at all,” he says.

Growing into a new role

As he settled into his role with Kimball Electronics, Kahle found himself continuing to be involved in the business-facing aspects of the company, just now with a more focused electronics company and no in-house staff attorneys. While this was an exciting prospect for Kahle it also required him to brush up on some facets of the business that he was not so familiar with.

“I needed to come up to speed on dealing more “hands-on” in the global market arena. One phone call may be from our facilities in Romania, another from Thailand, Poland, Mexico or Florida, so I have to be familiar with the goings-on as best I can, or at least be able to find an answer.  This has gone well since we already had a good network of global legal support in place,” he says.

Earning an undergrad degree in accounting from Indiana University’s Kelley School of Business and earning the credentials of a certified public accountant (CPA), Kahle is no stranger to the world of business. As Kimball International’s first-ever in-house counsel, Kahle worked closely alongside former chief financial officer (CFO) and CEO James C. Thyen for 28 years before Jim retired at the time the spin was completed, giving the general counsel ample opportunity to learn the ins and outs of the business.

“You have to like business as much as law and you have to like it in order to be accepted as a partner. I’m a full member of the Kimball Electronics management team and the culture has been complete acceptance of the legal input,” he says. “You always have to ask yourself what is the deal we are doing and is it going to be good for the company. Sure, we have to follow the law, but I see my job as that of looking at how best to move the business forward for our investors, employees and customers.”

There for the home team

In his current role, Kahle deals with three primary tasks; handling board matters as the corporate secretary, overseeing compliance in his newly-appointed additional role as Chief Compliance Officer and helping structure deals – with customers, suppliers, as well as acquisitions. “I also really enjoy that fact that I take an active part in running this business, like working on projects, acquisitions, growing the business, seeing new markets and meeting the needs of our customers,” says Kahle.

As Kimball Electronics continues to come into its own, Kahle sees great potential in the contract electronics market. The company chooses not to compete in larger industry niches like telecommunications and computers, in favor of the higher durability and reliability required in end markets such as medical, public safety, industrial and automotive. As products in these markets continue to add more and more electronic components, Kahle is very optimistic about the coming years.

“Google will only be able to create a driverless car when the electronics are there to control the functions of the vehicle – like braking and steering. We build those electronics. The future of this business is so exciting most products now are getting some type of electronic controls or interfaces, enabling the next wave of innovation toward what has been labeled ‘The Internet of Things,’” explains Kahle.

In his limited free time, Kahle is able to pursue his passion for sports as a part-owner of the Dubois County Bombers, an Indiana collegiate wooden bat baseball team which plays in the Ohio Valley League. The team plays at Huntingburg, Indiana’s historic League Stadium; a field immortalized in the 1992 film A League of Their Own. A true throwback league, the Bombers play in with authentic uniforms from baseball’s yesteryear, complete with knickers pants and stirrups. When he isn’t cheering on the Bombers during the summer season, Kahle can be found on the golf course or, like a true Hoosier, taking in a basketball game, especially those of his beloved alma mater – the Indiana Hoosiers.

At Kimball Electronics, vice president, general counsel,  secretary, and chief compliance officer John Kahle is bringing a business-minded legal approach to his role that is sure to help the newly-minted public company make an impact in the contract electronics manufacturing market.