David Frydenlund may not have expected to become well-versed in nuclear energy and rare earth metals as part of his legal career. But uranium, vanadium, and monazite sands are as much a part of his lexicon as any legal or corporate securities phrases he uses as chief financial officer, general counsel and corporate secretary for Energy Fuels Inc.

Headquartered in Lakewood, Colorado, Energy Fuels is the largest uranium miner and the only licensed uranium milling operation in the U.S. 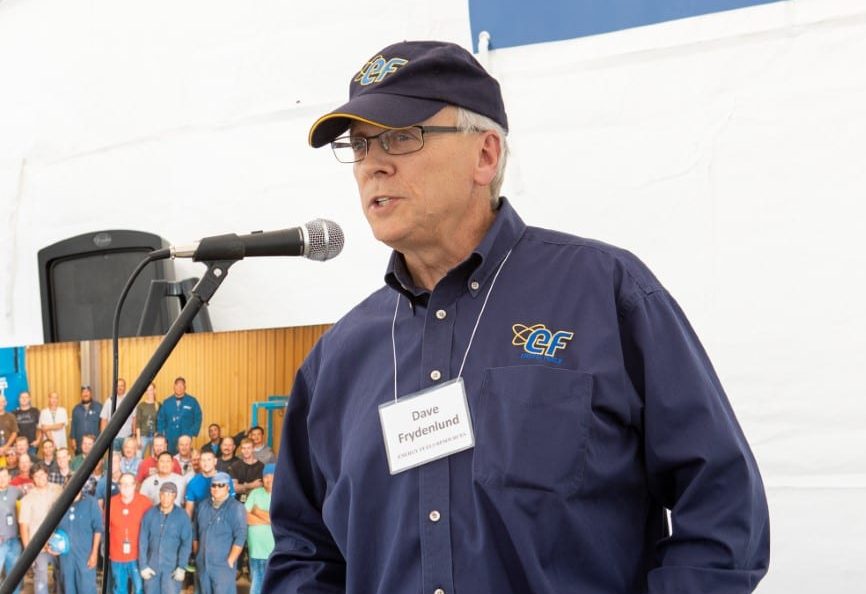 Through its work, it provides energy sources, rare earth elements and radioisotopes that can reduce carbon emissions, support green technologies and fuel new cancer therapies, Frydenlund says. Often, the company’s efforts, especially in recycling uranium, vanadium and monazite sands, are ahead of the regulatory curve, he adds.

The company’s operations fall under the oversight of the federal Nuclear Regulatory Commission, Environmental Protection Agency, Bureau of Land Management and Forest Service, among others. Frydenlund adds that state environmental departments also play a major role and frequently act in place of the NRC. 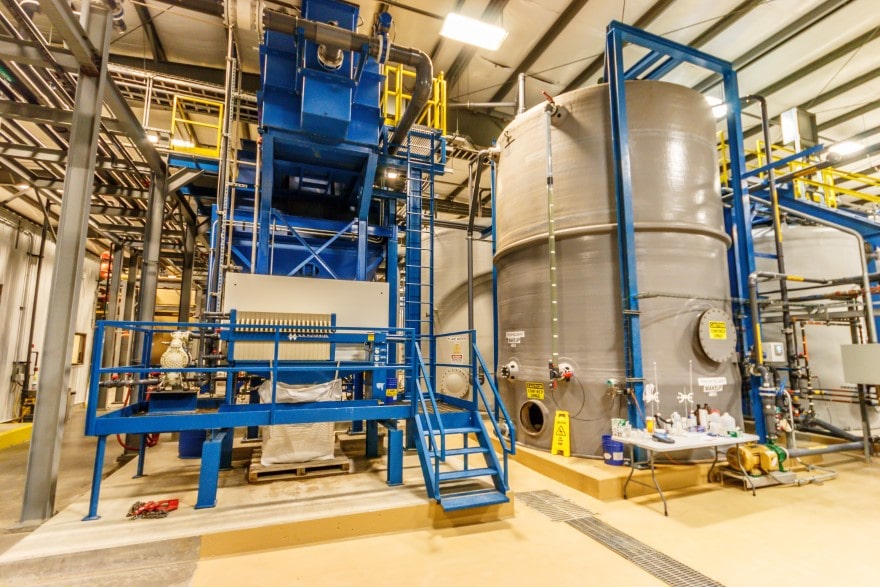 “Our White Mesa Mill is a very unique facility, and our recycling, rare earth and radioisotope programs are not being performed anywhere else in the U.S.,” Frydenlund says. “Anything we do that’s different from the norm requires us to go through a number of steps to show what we’re doing complies with all regulatory requirements and isn’t harmful.”

The company’s operations are regularly challenged in court, he adds, although the company has successfully defended its programs and activities. As Frydenlund explains, the company looks to exceed safety requirements by, for instance, minimizing any impacts to 25 percent of standards set by regulators under its ALARA or “as low as reasonably achievable” program.

Energy Fuels has also helped guide the regulatory process—Frydenlund says agencies have adopted regulations that consider the company’s suggestions based on its operations experience.

Tale of the tailings

The recycled uranium, used by nuclear power electricity producers, eliminates more than 85 million tons of CO2 emissions from coal use—supplanting a freight train of coal cars extending from Los Angeles to New York—and nearly back again. That’s 1 1/2 times higher than the annual CO2 emissions in Sweden. The vanadium, which is used in steel production, would build more than four Golden Gate bridges. 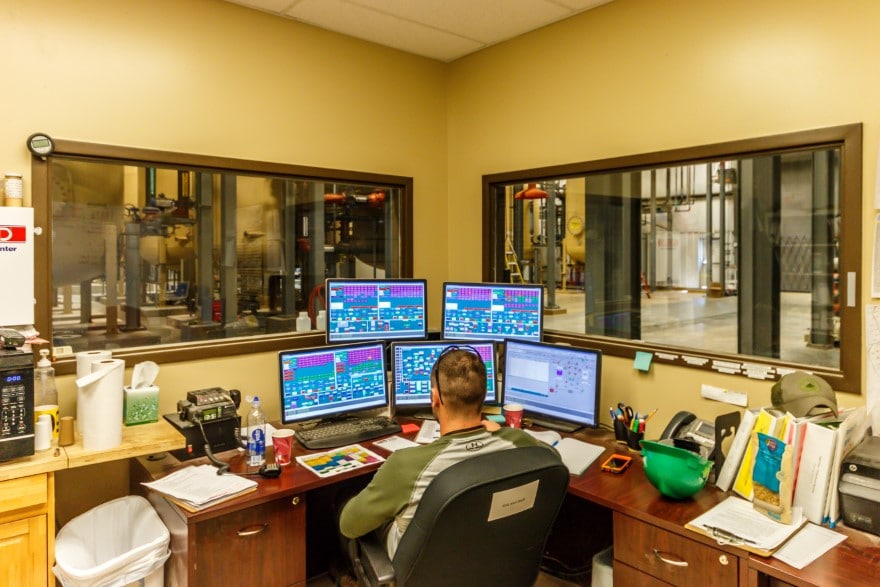 Frydenlund says Energy Fuels also hopes to work with the government to remediate abandoned Cold War-era uranium mines in the Southwest and return the environment to the high standards required today.

“We constantly face issues that are political and controversial, but most people don’t realize that we contribute in a major way to the fight against global warming,” Frydenlund says.

Frydenlund says the company’s goal is to process at least 15,000 tons of monazite sands annually to recover the rare earth elements such as neodymium, praseodymium, terbium and dysprosium that are used for permanent magnets in electric vehicles and wind turbines. The company currently produces a mixed rare-earth product and works with a facility in Estonia to separate the product into individual elements. Future processing will be done at the White Mesa Mill, he adds.

“We’re not aware of any other mining company anywhere that can cite these types of recycling accomplishments and their direct impacts on combating global climate change,” Frydenlund adds.

Additionally, an alliance with a medical technology company announced in July provides more use for the rare earth metals. Energy Fuels will look to recover thorium (and possibly radium) from monazite sands to convert into alpha isotopes that could be used to treat cancer. 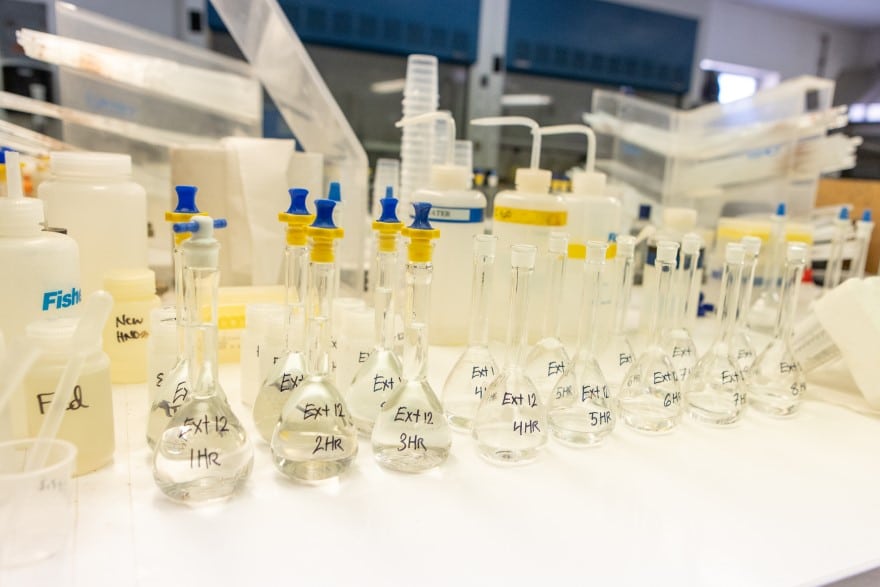 The isotopes, which have a short half-life, are being developed to directly target tumors while minimizing impacts to surrounding tissue. Opening a new supply source will hasten the research, but the initiative also pushes ahead of the regulatory scope of what Energy Fuels now does.

“Radionuclides are in short supply,” Frydenlund says. “We would be accomplishing this in a way that is environmentally beneficial and highly congruent with Energy Fuels’ recycling and sustainability goals.”

Digging into the details

In his 35-year career, Frydenlund has nearly 25 years of experience in mining and energy, including as vice president regulatory affairs, general counsel and corporate secretary of Denison Mines Corp. and its predecessor International Uranium Corp, where he worked from 1997 to 2012. He joined Energy Fuels when it acquired Denison’s U.S. uranium mining interests in 2012. 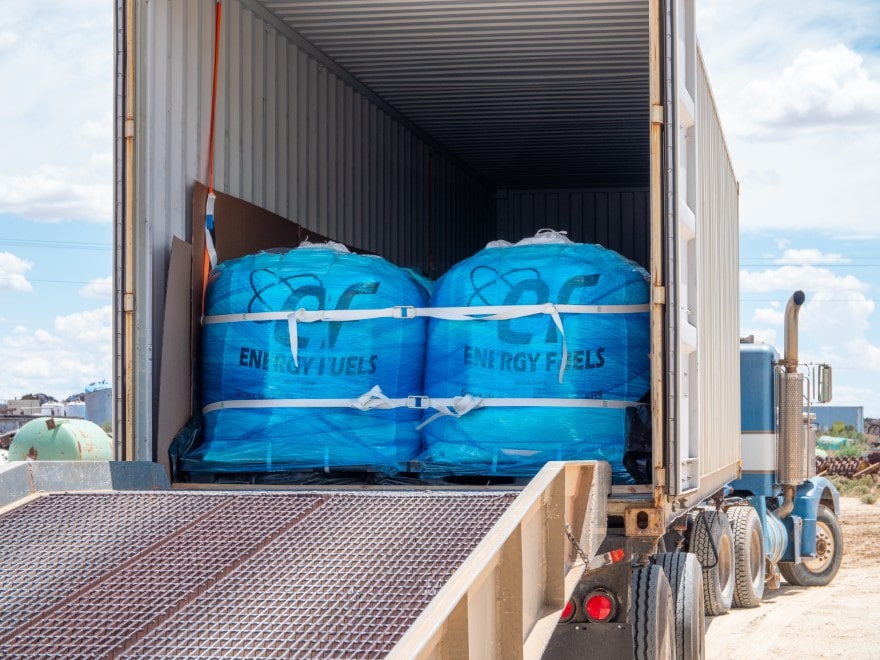 Before joining IUC, Frydenlund was a vice president of the Lundin Group, which operates international mining, oil and gas companies. He was also a partner in the Vancouver law firm of Ladner Downs (now Borden Ladner Gervais) where he practiced corporate, securities and international mining transactions law.

“When I look back my business and economics background played an important role in my career as a lawyer,” Frydenlund says. “The better we as lawyers understand our clients’ businesses, the more valuable we are to our clients.” 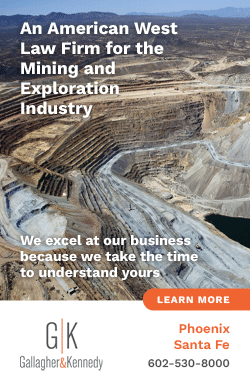 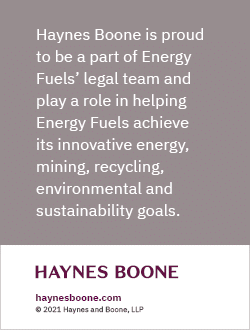