Geiger GC keeps legal ops all in the family

By imprinting logos on caps, shirts and tote bags, to name just a few of the company’s catalog of items, Geiger has put other companies on view for more than 100 years.

“Our tagline is, we provide ‘brandspiration,’—tangible, lasting advertising like promotional products to help our clients build and promote their brand,” General Counsel David Geiger says. “We sell anything you can put a logo on, from pens to apparel, or even iPads or Rolex watches.” 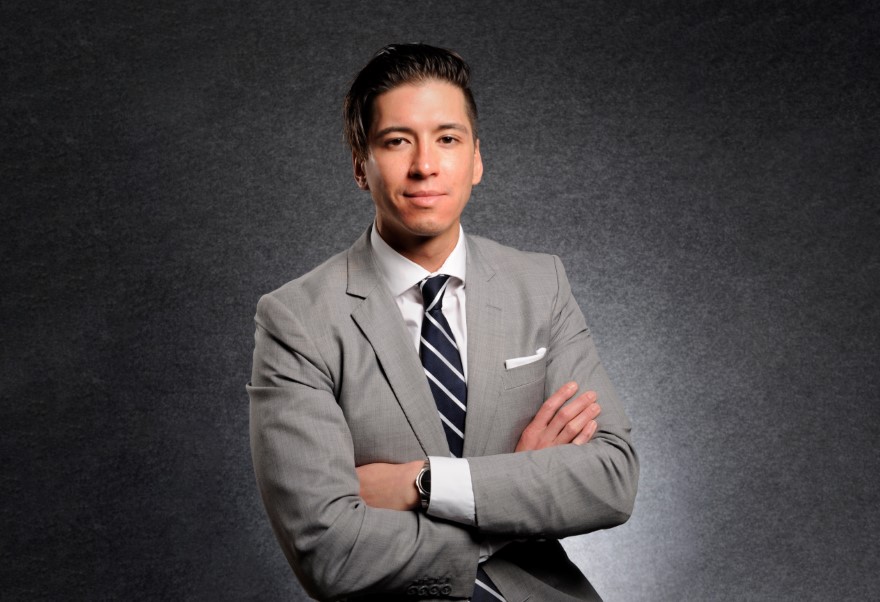 But what’s it like when the company carries your name—and your DNA is imprinted on its success?

Two years into leading legal operations, Geiger was beginning to make changes to keep the company abreast of ever-changing consumer protection and labeling laws, working from its newly renovated headquarters in Lewiston, Maine.

Then COVID-19 arrived, threatening both the company’s ability to stay open and the markets for its products. As his priorities shifted, Geiger helped the company find new ways to remain viable—and prevent job losses or illnesses.

“Although I’m young, I’m proud to be contributing to the organization at the senior management level,” he says. “Every day my goal is to contribute to our company’s success far beyond the name I inherited.”

Geiger Bros. was founded in 1878 when brothers Andrew and Jacob Geiger set up a small print shop in downtown Newark, New Jersey. Business survival and rebirth led Ray Geiger, part of the third generation of family leadership, to relocate the company to Lewiston in 1955, where David was born and raised.

While the logoed pen in your pocket or the imprinted mask you wear tomorrow may have come from Geiger, it may be best known for the Farmers’ Almanac, which it purchased in 1949 and edits, produces and distributes. The annual publication provides iconic weather predictions as well as monthly online features about astronomy, the environment and healthy living. 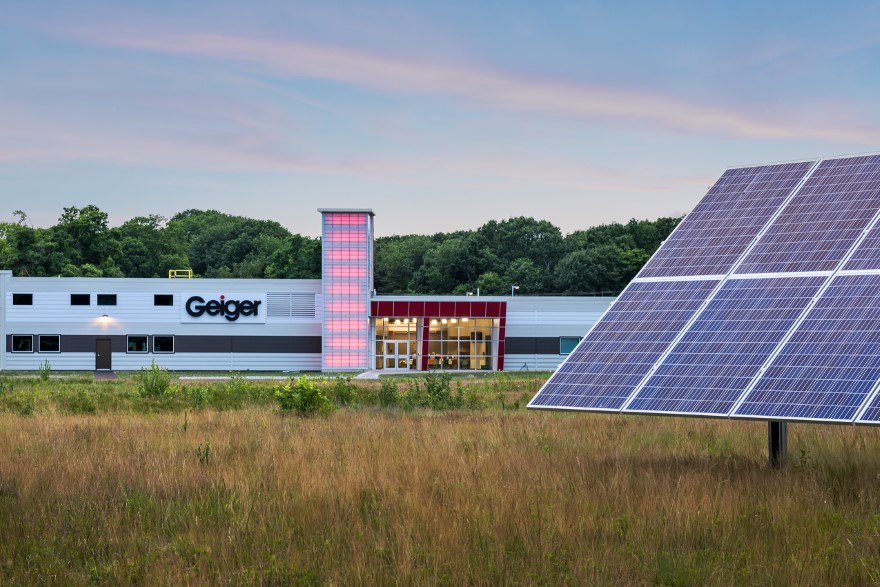 It wasn’t until 2019 that the company, now known simply as Geiger, had its first non-family member president and CEO when Jo-an Lantz took over those roles a year after the company completed renovating its corporate headquarters. The modernization includes a 696-panel solar array, the most visible of dozens of energy efficiencies that earned the building a LEED Gold certification from the U.S. Green Building Council.

Though most of the planning and execution for the renovations occurred when Geiger was in law school, he did help design the “Charging Station” fitness center.

“My dad gave me a budget and I basically doubled it,” he says with a laugh.

While the pandemic has temporarily put a halt to the trade shows and gatherings where Geiger’s customers make use of imprinted swag, new sales opportunities have arisen for personal protection equipment such as infrared thermometers, sanitizer gel packs and protective face masks.

However, to keep operating during the pandemic, Geiger first had to convince Maine government officials it was doing essential business following the March executive shutdown order from Maine Gov. Janet Mills. He studied the order to find both the precedents and reasons to allow reopening. 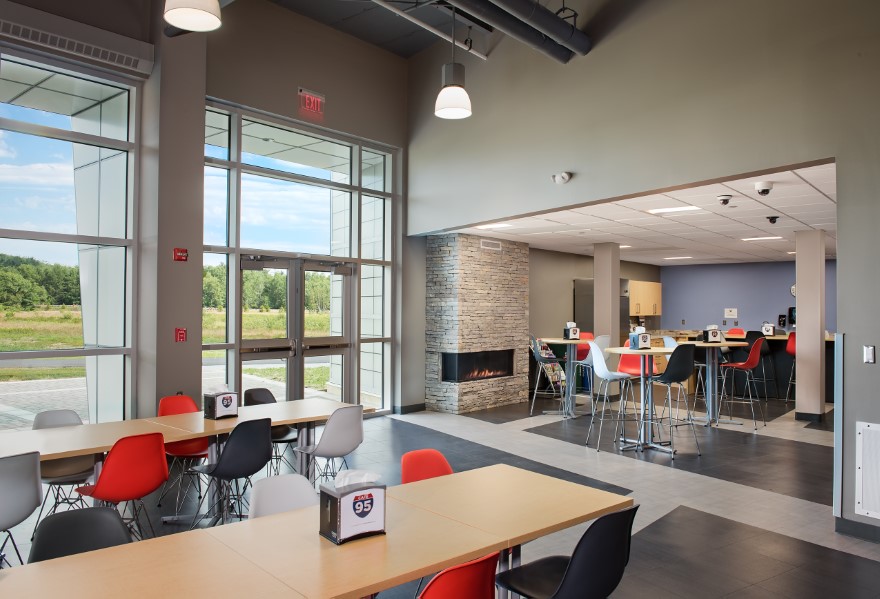 Working with the five-member executive team, he helped create the social distancing guidelines for employees working on-site. With the IT team Geiger also set up policies for the more than 400 associates now working from home offices.

He also manages more than 300 online merchandise stores for larger clients, during a time when protecting personal and financial data is becoming more complex and urgent by the day. To that end, Geiger has been working with the company’s IT team on a proprietary system to track those accelerating legal and customer requirements.

The company’s order entry and other systems are also constantly being updated to assure that all products comply with myriad federal and state regulations, he adds. 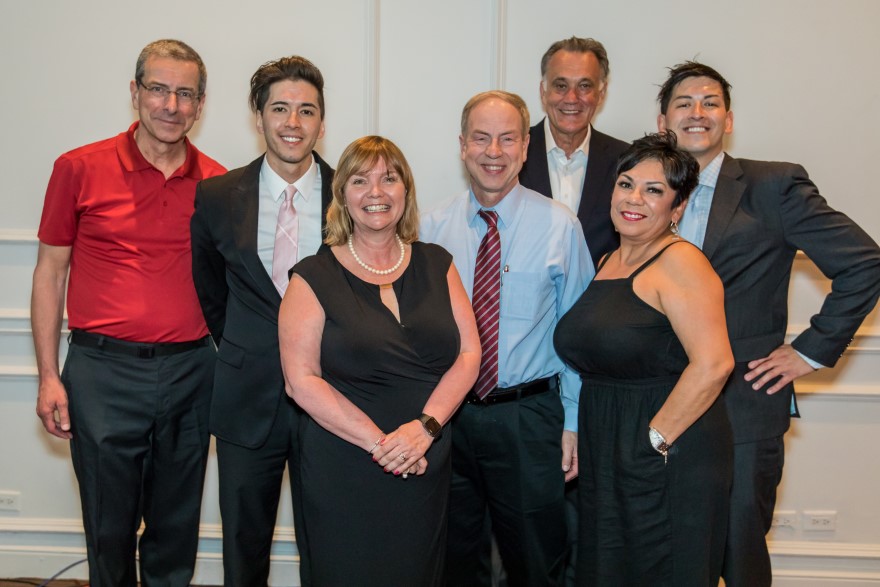 “We’re in the midst of once-in-a-lifetime challenges,” Geiger says. “But the upheaval also creates opportunities for a conservative and resourceful company such as ours.”

With industry consolidation being inevitable, he expects to become involved in M&A, noting the company can leverage its position as a stable, family-owned business to provide a safe, nurturing environment for companies and individuals looking to grow.

Though he’d always expected to be part of the family business, overseeing the legal operations was not what originally came to mind for Geiger.

He started in the company’s maintenance department in 2007 between semesters at the University of Southern California Marshall School of Business. After earning his bachelor’s in 2011, he became Geiger’s compliance manager.

It was a role that required considerable legal skill, and Geiger already had an interest in the law stemming from his undergrad studies in business and political science. When his father, Gene Geiger, suggested how valuable a lawyer could be to the firm, he jumped at the opportunity to study at the University of Maine School of Law. 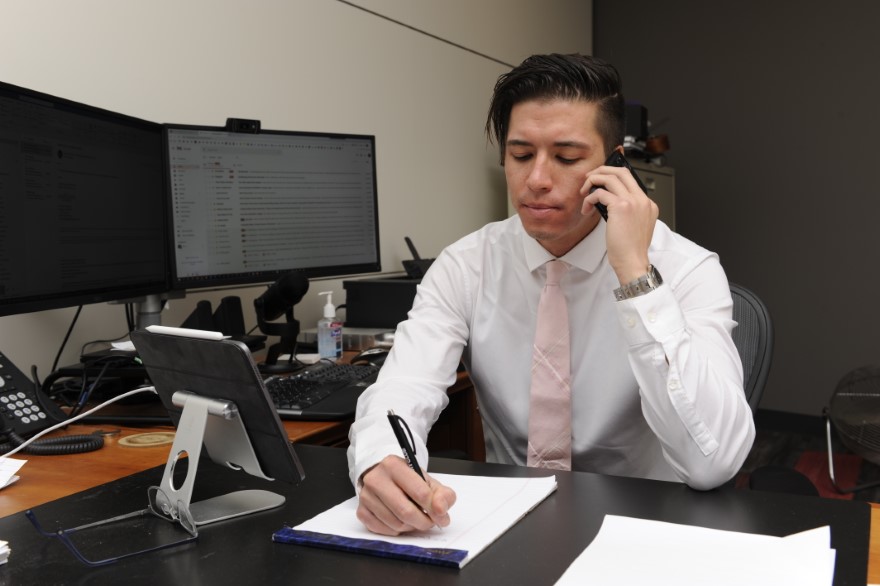 “Much more than legal training, law school helped me to think differently,” Geiger says. “I learned to elevate my perspectives and think on both sides of an argument.”

Though the original plan was for him to lead Geiger’s legal operations after passing the bar, he was encouraged to test other opportunities first. He served an externship at the Lewiston District Court, worked for a local law firm as a summer associate and completed an externship at the financial services company, WEX.

“Without the company, I likely wouldn’t have gone to law school,” Geiger says. “At the same time, I don’t know if I would have been sure of committing to a career in the family business if I hadn’t explored other options.”

Now his bigger struggle is figuring out a work/life balance, he says.

“I love the opportunity to grow as a leader and as a person,” Geiger adds. “I am also conscious of the responsibility I have as a fifth generation Geiger, to make sure we provide security, opportunity and fun for more than 700 colleagues I work with and love.” 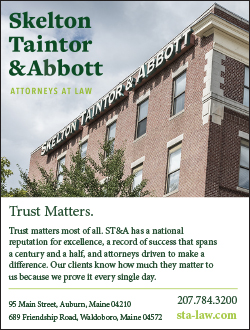