He connects the dots for Dotdash

It’s a longtime trend in a media and marketing industry that’s increasingly wired. Whereas the print portion of Meredith Corp.’s vast holdings used to support the digital side, now it’s the opposite and becoming more so.

For the first 10 years of the new century, print magazines continued to drive Meredith Corp.’s revenues. By 2021, however, more than 50 percent of the company’s revenues were attributable to its digital media operations, which now reach over 150 million consumers. 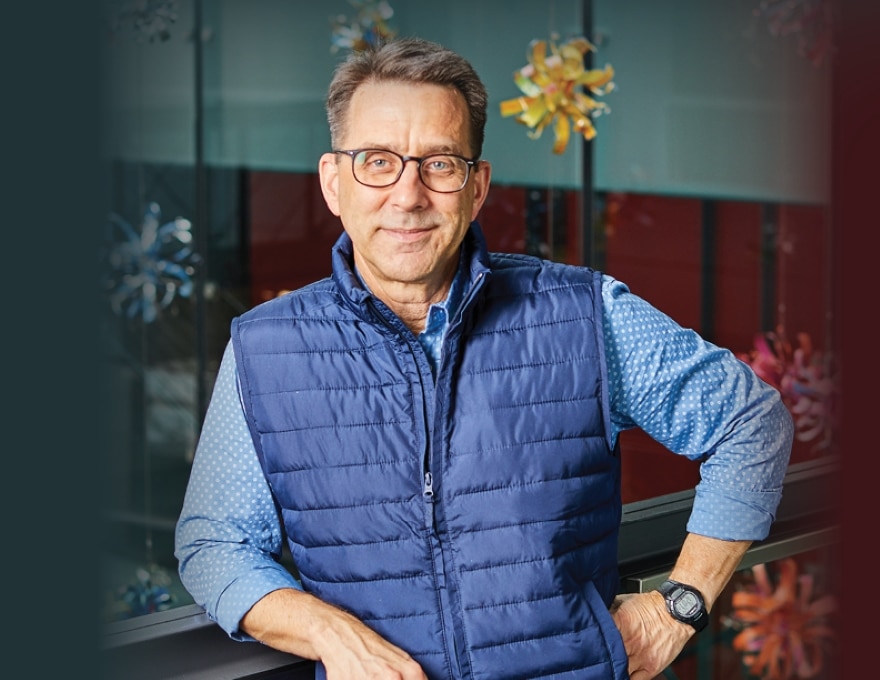 With New York City-based Dotdash recently taking the helm, the company is poised to complete the digital transformation of Meredith’s iconic brands such as PEOPLE, Better Homes & Gardens, FOOD & WINE, Allrecipes, Southern Living, and REAL SIMPLE. Dotdash is part of the IAC/InterActiveCorp Internet conglomerate that developed Internet age icons such as Expedia, Match.com, and Vimeo. Aiding the cause will be Norbert Kaut, who became Meredith’s general counsel in 1998 and has been retained by the new owner.

Dotdash’s takeover of Meredith injects new energy and DNA, he tells Vanguard in January. No stranger to technology and digital law, he helped shape Meredith’s growth for decades, his responsibilities including oversight of the publicly traded company’s functions as well as compliance, mergers and acquisitions, finance, employment law and what-not. Kaut charged with so much heavy lifting, he’s excited about the processes Dotdash and IAC bring to what’s now the nation’s largest digital and print publisher.

A dealmaker and more

There’ll certainly be a role for Kaut. He factored heavily in Meredith’s digital and brand licensing growth for nearly a quarter-century. He played a leading role in the content distribution agreements that eventually became Apple News+ and the burgeoning affiliate and performance marketing businesses. Last December he was part of the process in which Meredith sold its television stations to Gray Television for $2.7 billion and its non-television assets to Dotdash for $2.7 billion.

More often, he was on the acquiring side, Kaut having completed about $2.5 billion in acquisitions. One of his favorites was allrecipes.com, which Meredith bought for $175 million. After completing the acquisition, he inherited its daily legal needs. 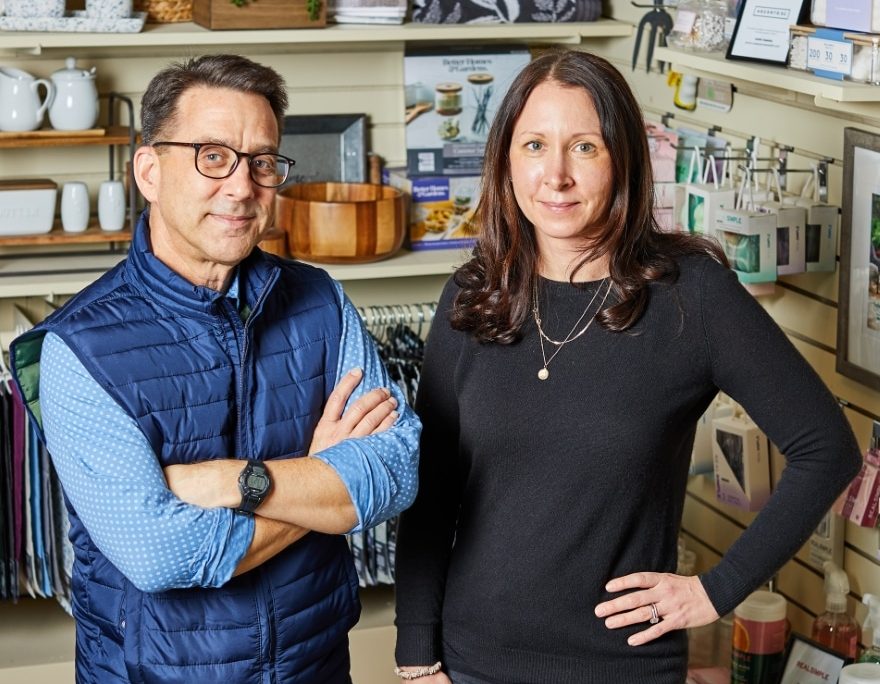 “It was my first exposure to a native digital business, one that never gave a thought to print media concerns,” he recalls.

The brand licensing business he helped build is now second only to The Walt Disney Co. Meredith has held that position for the past six years and reported a 28 percent increase in licensing revenue in 2021. Kaut continues to be instrumental in keeping the Better Homes & Gardens brand on over 3,000 items at Walmart—a long-term growth relationship that has been great for both companies.

Then, there’s Kaut’s affinity for data science. He wanted to understand which business units were being sued and why. So, he fashioned a database to examine five years’ worth of litigation. It revealed that two-thirds of the cases were coming from the television side, with two-thirds of them labor- or employment-related.

“If you measure it, you can manage it,” he explains. 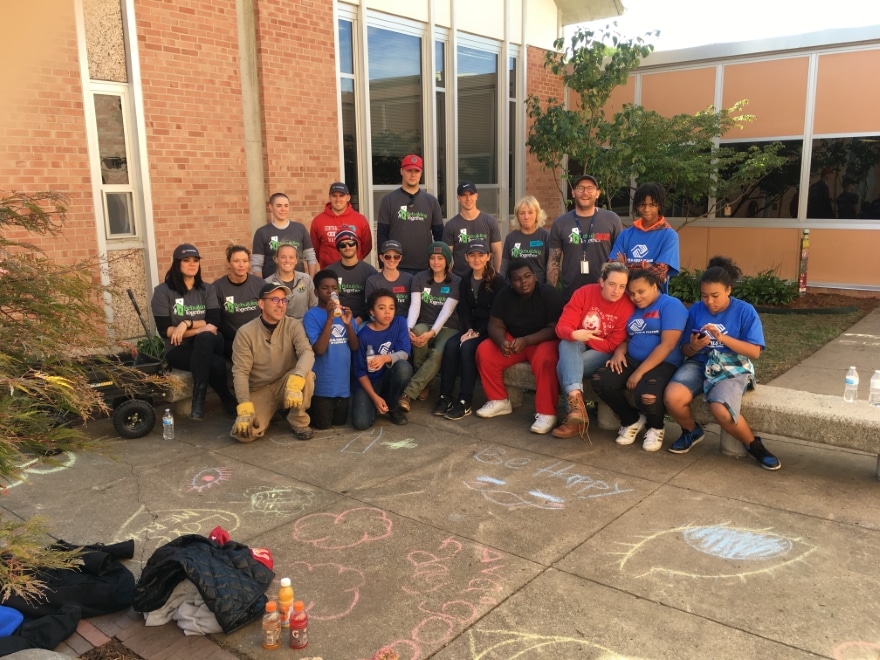 2018 Rebuilding Together project refurbishing a middle school garden with the students.

Having done his measurements, Kaut presented his findings to the company’s audit committee and executives. The legal and HR teams collaborated to provide better training and counseling to managers. In short order, they were able to reduce litigation by more than half.

“This litigation database project, by the way, was an intern project,” he says. He’s enthusiastic about the energy and ideas interns bring to the company. He seeks first-year law students who demonstrate digital aptitude. The key, he says, is to focus on developing projects that yield “actionable work product, while giving interns broad insight into legal work at a publicly traded company.”

A University of Iowa science graduate, Kaut left its law school for a couple years to run a college community center in Papua New Guinea. It was a meaningful and culturally enriching experience, he says.

After graduating from law school, he clerked for a federal judge and then honed his skills for five years with Nyemaster Goode. Joining Meredith afforded him the opportunity to dive deeply into his client’s business. In particular, he’s grateful to have seen the business through the eyes of four chief financial officers with whom he worked closely.

There’s much work ahead as Dotdash and Meredith join forces. He accepts that the new company, Dotdash Meredith, will likely restructure his role. “Adding value to your client requires flexibility,” he says. He also dismisses the idea that in-house and outside counsels are individual contributors.

“If you can pull together and work well with teams within and across functions, you can make good things happen,” Kaut says. “I’m so grateful to my outside counsel and colleagues across the company for all the great things we have been able to accomplish.” 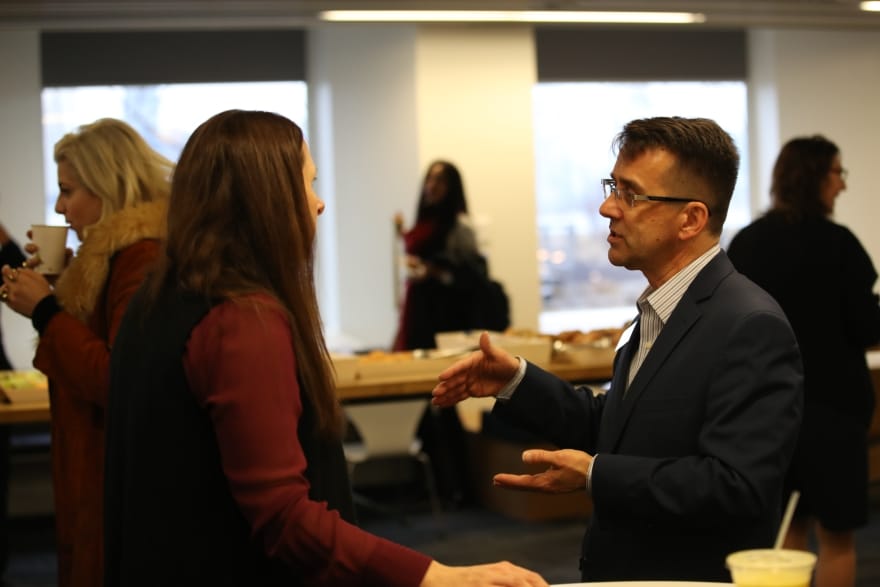 “Day 1” of acquisition of Time Inc. Kaut speaking with Roth

Outside of work, Kaut has had stints as president of the Iowa chapter of Association of Corporate Counsel, director and founding president of the Des Moines Symphony Association Academy, and currently serves as a director of the Greater Des Moines YMCA. As an adjunct professor of law at Drake University teaching “Cyberspace and the Law,” he says, “the dirty little secret is you teach a subject to learn it.”

Kaut is married and the “lucky father” of three violinists and a cellist. He coached or managed youth soccer teams for 18 years, got to be the high school swim team photographer, and is a lifelong, avid gardener. “I try to eat something I grew every day,” he says. He has not yet achieved his goal of commuting to work by bicycle 10 days every month, explaining how “January and February are brutal.”

“Don’t neglect your life outside the office,” he advises. “There’s so much richness wherever you are.” 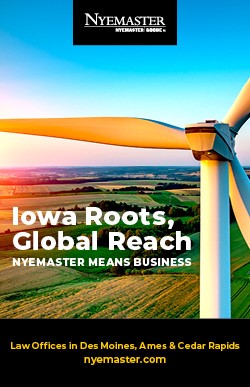 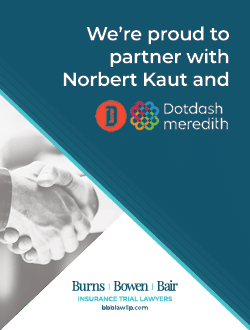 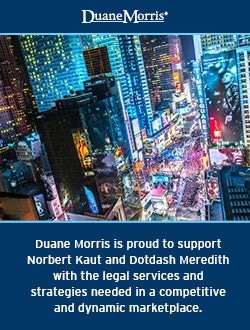 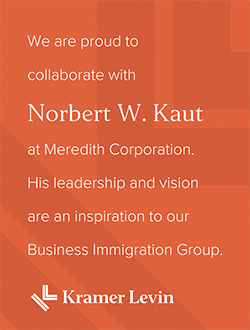 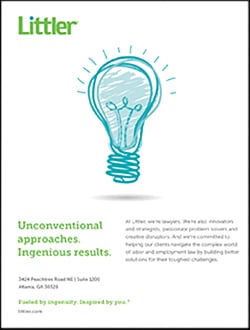 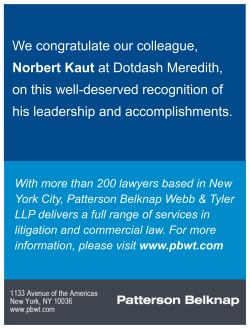 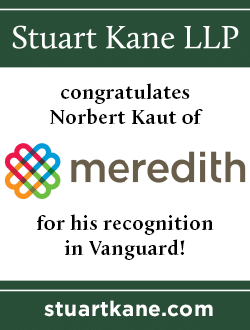 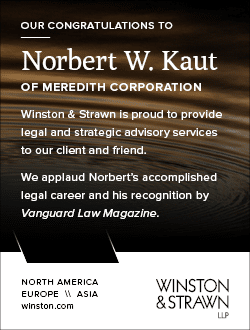 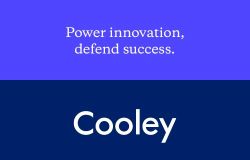