Sunny skies notwithstanding on the Florida Gulf Coast, the climate seemed most unsettled at the company where David Glogoff would begin overseeing legal responsibilities in the summer of 2017.

For St. Petersburg-based Catalina would soon undergo C-Suite changes and restructure its finances under Chapter 11. Furthermore, the clock was ticking as this market leader in shopper intelligence was opting to go digital at a time when data privacy was an evolving concern for its international corporate clientele.

Particularly so in the European Union, where the General Data Protection Regulation would take effect in less than a year with stringent penalties for companies not in compliance. But come GDPR’s activation in May 2018, Catalina was indeed ready to serve its clients.

The following February, the company emerged from bankruptcy court, having reduced its debt from $1.9 billion to $276 million. When October rolled around, veteran marketing boss Wayne Powers was installed as the new president and CEO and the storm clouds were indeed dissipating.

“Quite the interesting ride, these three-and-a-half years,” Glogoff tells Vanguard this past autumn. “When I came in, to be blunt, the company was grounded in its core of paper couponing and had made minimal progress in its transformation to digital. Those first 18 months were about laying the foundation. Now we have launched digital products and we’re on the path of achieving our strategic roadmap.”

A modest though confident sort, Glogoff’s leadership in the runup to GDPR compliance factored hugely in Catalina quickly adapting to the California Consumer Privacy Act, which took effect on Jan. 1, 2020, as well as its spinoffs nationwide. At last count, 19 states had introduced some version of a data-privacy law. Adhering to the highest standard—GDPR—has proven the most efficient way to pattern compliance with the rest.

“Here we had just 10 months to prepare [for GDPR] and determined not just to comply with Europe but to institute tools and processes that would change our global approach,” Glogoff explains. “That global rethink of our overall privacy program gave it the flexibility to meet the requirements of California’s CCPA and improve support to Japan’s APPI privacy regulation.” 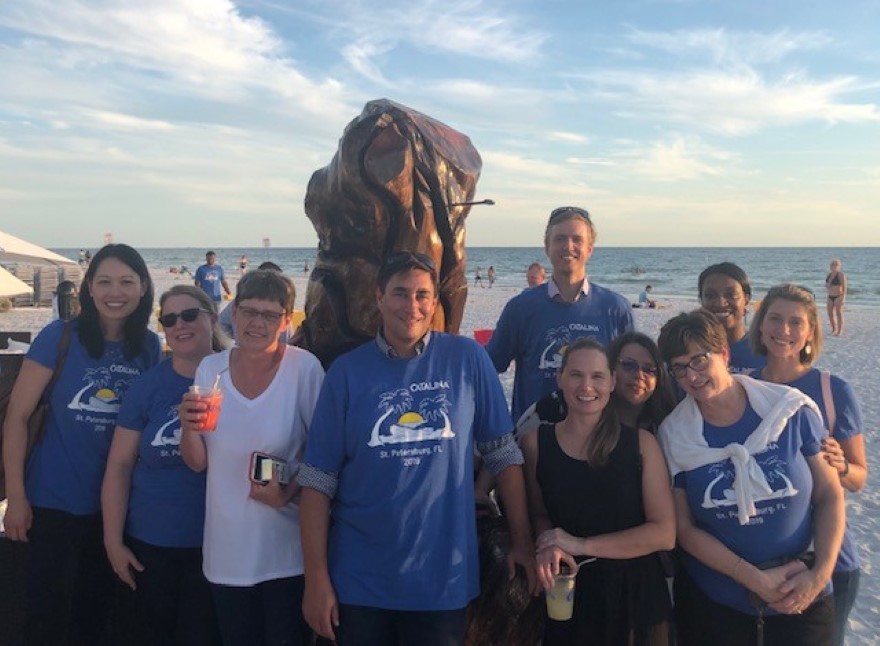 Like so many other in-house legal bosses, Glogoff wishes the United States could have a national standard for general consumer data privacy. It adds complexities to the compliance process—California, for instance, allows consumers to opt out of the sale of data and gives them a private right of action. The Golden State being where progressive ideas often arise, it seems inevitable that this provision will spread, though not necessarily in cookie-cutter fashion.

But Glogoff has kept current with evolving rules and regulations from many jurisdictions through his leadership of Catalina’s award-winning Global Security and Privacy Group, as well as updates from law firms and other third parties. It can be challenging, he acknowledges, for a company that receives customer data for audience segmentation, targeting and the like to be vigilant on data security, but ensuring the privacy and security is a priority, he adds.

Chances are you’re familiar with the arrangement. Complete your purchase at any number of stores, and there may be a separate printer next to the cash register that provides a dollar-sized coupon that grocery, drug or mass merchants provide through Catalina based on your prior purchases to incentivize you to come back.

While merchants using other data-gathering firms may send coupons through snail mail or email, Catalina is a rarity, enabling on-the-spot rewards in all 50 states and countries in Europe and Asia. 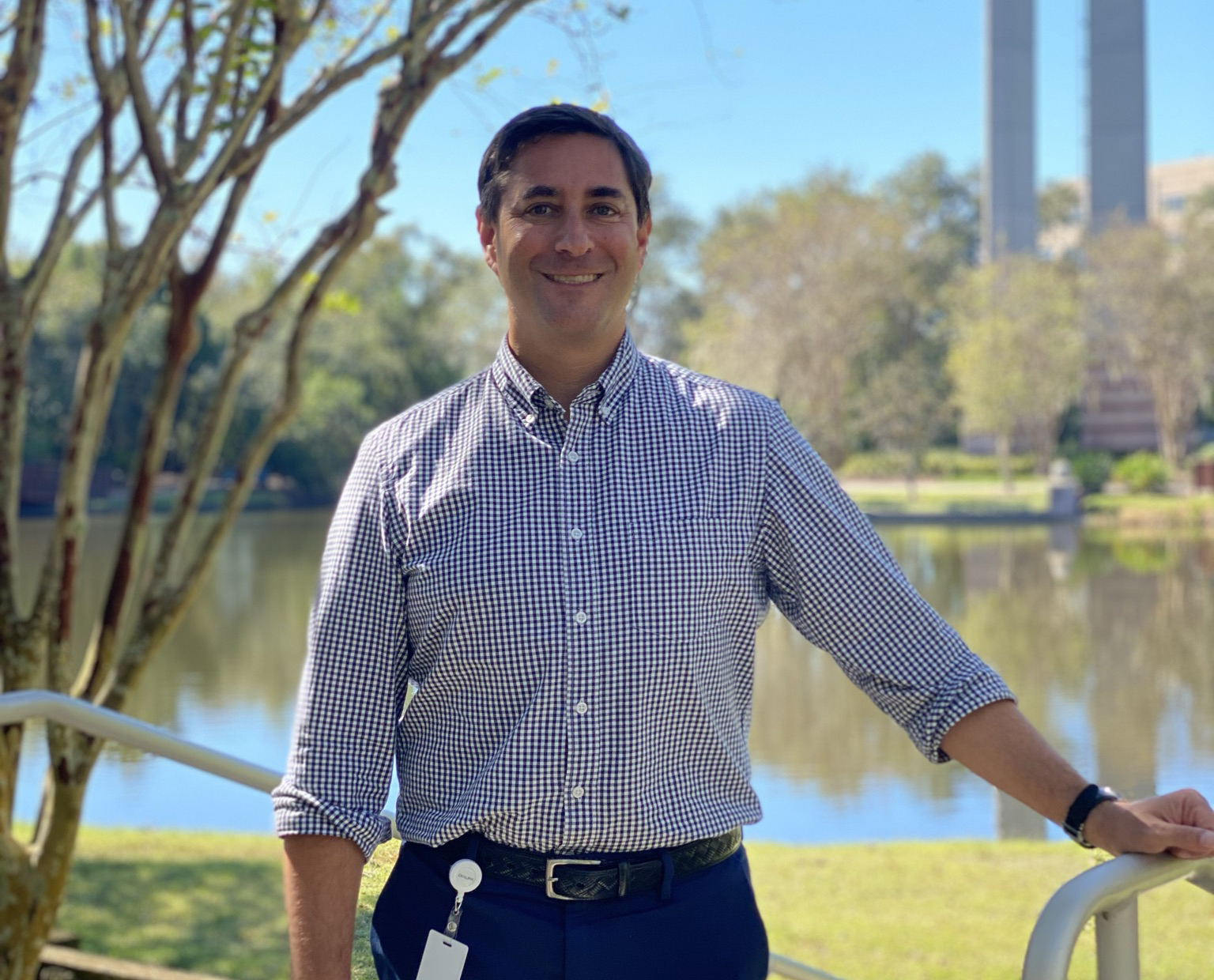 “And the annual value of our coupons: $6.1 billion,” Glogoff notes with pride. “That’s derived from 398 billion sales resulting from 11 billion shopping trips from 440 million shoppers.”

Their security is further protected by each shopper having a random number assigned and a third party in charge of masking—masking, that is, on the digital front as opposed to shoppers most everywhere having to cover their faces during the COVID-19 pandemic.

Glogoff liking the combination of the cyber and the tangible—the digital data and the physical printer in the store—he’s sold on Catalina, his third in-house position since a couple of stints at New York and New Jersey legal firms following his 1994 graduation from Tulane University Law School.

His prior position was U.S. general counsel at Minneapolis-based Aimia Inc., from 2013 to 2016, though he did log a subsequent year as outside general counsel to corporate clients, including Aimia.

Catalina’s challenges and opportunities, as well as St. Petersburg’s sunny climes, made this post attractive to Glogoff, his wife and three children. He relishes having as much a role in the administrative wing as in legal, and his oversight extends to the People and Culture Group, a 34-person global department entrusted with human resources, employee benefits, talent acquisition and training; and the Global Security and Privacy Group with 14 professionals in four countries. 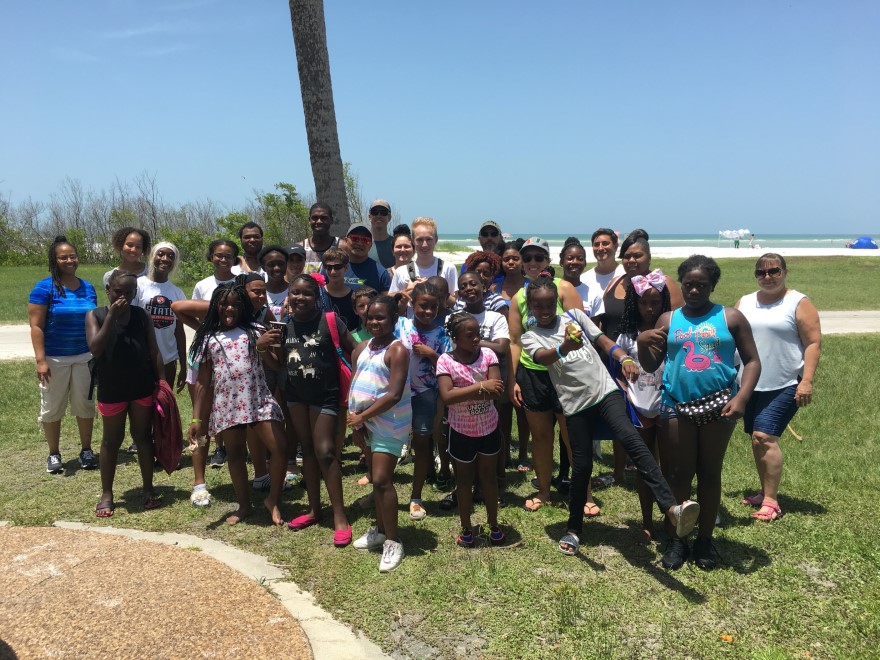 He’s got a 14-person legal department with folks based in the U.S. and Japan. He also chairs the Catalina Charitable Foundation, whose giving strategy is tied directly to charitable organizations and activities that provide employees a chance to get personally involved in the community.

“We strongly believe volunteering alongside co-workers builds stronger teams, while benefiting those in need,” he says. “Employees in my various groups joined dozens of underserved children from Pinellas County for a day at the beach for scientific discovery, including underwater videography in a variety of estuary settings, followed by a day of classroom review of the footage, writing and education.”

Catalina also purchased the video equipment and provided the volunteer support for a special day that these children—many of whom had never been to the beach—will not soon forget. That equipment is now used regularly in classrooms.

“I like my inventory to be the success of a project rather than the hours I bill,” he says of his migration to in-house law. “I like the satisfaction of being part of the total solution, the overall strategy of the company and not just legal pieces.”

He should have more opportunities to do so as Catalina is poised to take advantage of a growing market for the digital roadmap that now includes dashboards to alert retailers about what’s selling.

“This is the real-time component,” Glogoff says, noting that the modern merchant would be lost without it. “We are in a world where technology is expanding every minute.”

But not without keen legal oversight. 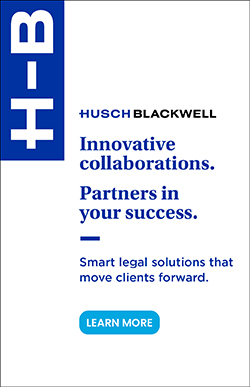