She knows the score for broadcast growth

There was quite the celebration in Brazil this past July 30. The country’s women’s soccer team edged host Colombia 1-0 in the finals of Copa America Femenina, the South American qualifier for next year’s FIFA World Cup in Australia and New Zealand. As winners, Brazil also will compete in the inaugural 2023 Women’s Finalissima against Britain.

Tens of millions of Brazilians tuned into that nailbiter of a finale on the SBT network—Sistema Brasileiro de Televisao—which had acquired the tournament rights in May 2021. They’re now tuning in to SBT for CONMEBOL Libertadores, the highest level of South American club soccer, or futbol. Then there’s the Champions and Europe leagues, which also can be seen on SBT. 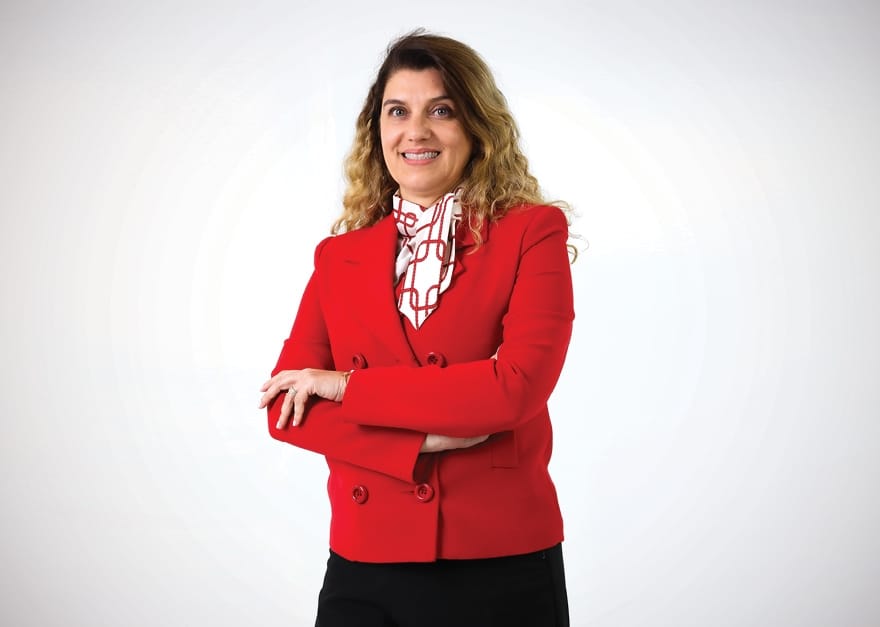 Chalk it up as goals scored by Marina Draib, the SBT lawyer who, in addition to her other responsibilities, helped net the network the rights to promote and broadcast all those the games.

“Legal advice is a key presence at all stages of such processes,” Draib tells Vanguard in August from Sao Paulo “That is participation in bids, validation of proposals, negotiations and contracts. These championships are highly professional, which provides a rich knowledge of the sports market.”

And while Draib wasn’t an avid soccer fan before scoring the rights to CONMEBOL Libertadores in 2020, she says her interest in the game has grown, just as it has in other programming that she’s assisted SBT in securing since joining the network as a litigator in 2004.

A most eventful 18 years it’s been, says Draib, who in 2016 was promoted to her current role as head of legal. SBT has been a broadcast media trendsetter in this hemisphere, airing four soap operas that are among Netflix’s top 10 shows. There’s liability to prevent, data privacy and intellectual properties to safeguard, and business opportunity to maximize.

“The company must be sustainable,” she says. “That is, decisions made today cannot be questioned tomorrow, for example, because some regulatory rule has not been considered or because some unnecessary risk has been attached to the company.” 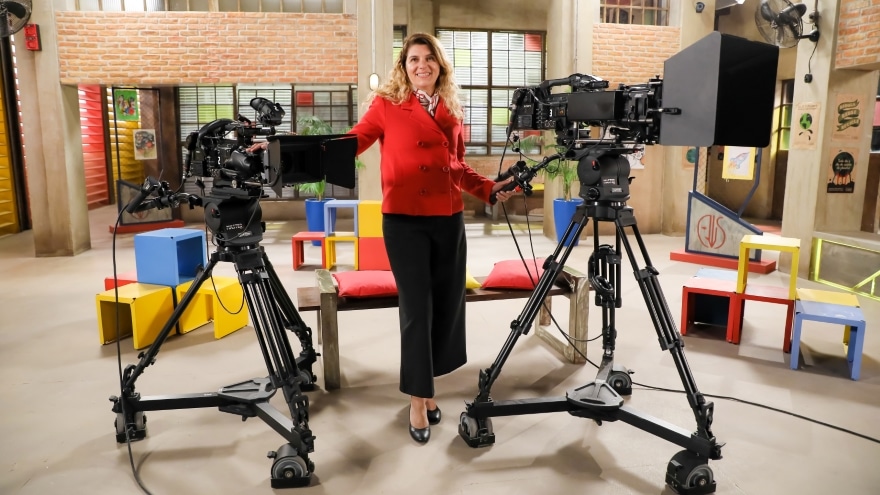 Case in point: SBT being Brazil’s only commercial broadcaster for children’s programming, and Draib vigilant about doing so ethically and legally.

In July 2016 she helped arrange a partnership with The Walt Disney Co., calling for two hours of daily programming. She’s since monitored that arrangement, mindful of rules and regulations regarding child and adolescent performers.

“To produce drama for children and teens is very complicated and challenging,” Draib tells Vanguard in August from Sao Paulo. “Few producers want to get into this kind of content.”

Draib ensures that, prior to putting minors in front of a camera, the network secures a judge’s authorization that their educational, recreational and social development won’t be compromised. There also are standards for product placement. Draib also helps adapt the content to the relevant maturity rating.

Ear to the ground

Be it a children’s show or one with a mature theme, there’s bound to be a soundtrack, and that has Draib’s department tending to protocols for copyright and participant authorizations. It’s a challenge, she says, to be profitable on multiple screens, what with the high cost of music rights often inhibiting the licensing of programs for other markets and players.

Data privacy is also her responsibility, and with SimbioX having scanned around 290,000 legal documents, the company now controls access to that information. Thanks to SharePoint, most everything now is at the fingertips of authorized personnel.

“It is indeed a great challenge as we are all learning this new area and several issues are intertwined with technology concepts,” she says. “In order for me to discuss this topic properly with my team, I am training myself through courses and certifications.” 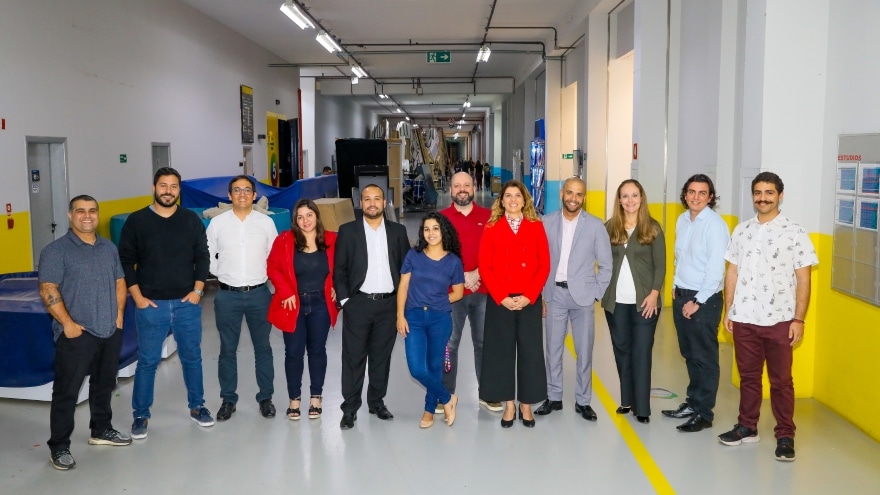 It’s all part of having a legal role in the entertainment industry, and that’s where Draib intends to stay after honing her skills in other areas. She also recalls how her family tried to steer her to dentistry, but law won out. She earned her bachelor’s and law degrees from Pontificia Universidade Catolica de Sao Paulo and, upon her last promotion at SBT, enhanced her credentials with an MBA from Ibmec.

Like most lawyers, Draib started her career in private practice, doing three stints at firms and lecturing at the college level, before going in-house with SBT. When the former legal director departed in 2016, Draib says her transition was relatively seamless despite the transformations she’d front. And demanding as the job can be, she likes being accountable to one client that’s the company.

“In my free time, I turn all my attention to family,” she says. “I privilege the moments of family life but without giving up my moments alone with series, movies and books that me disconnect and immerse in fiction.”

At times her own department can seem family, Draib overseeing mostly young lawyers. With her leading by example, she says they’re aware of what’s expected in-house, and she reinforces the importance of legal knowledge beyond the entertainment business.

“Living in an extremely complex, non-linear world, we work on several project fronts,” she says. “We’re not just focusing on problems. I see legal as a support for the sustainable growth of the business. We’re focusing on ‘what can I do to prevent a problem?’” 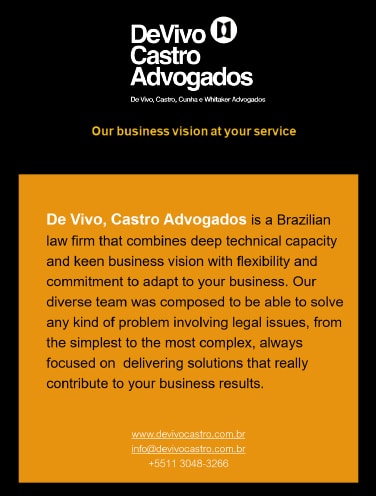 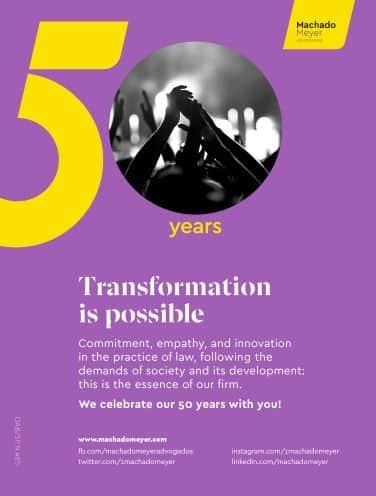