To serve a growing Hispanic market

There’s a special feeling when you walk into a Supermercado El Rancho, the rapidly expanding Mexican supermarket chain with a growing presence in Texas and likely soon elsewhere. Call it a vibe that transcends the festive décor and eclectic product lines. 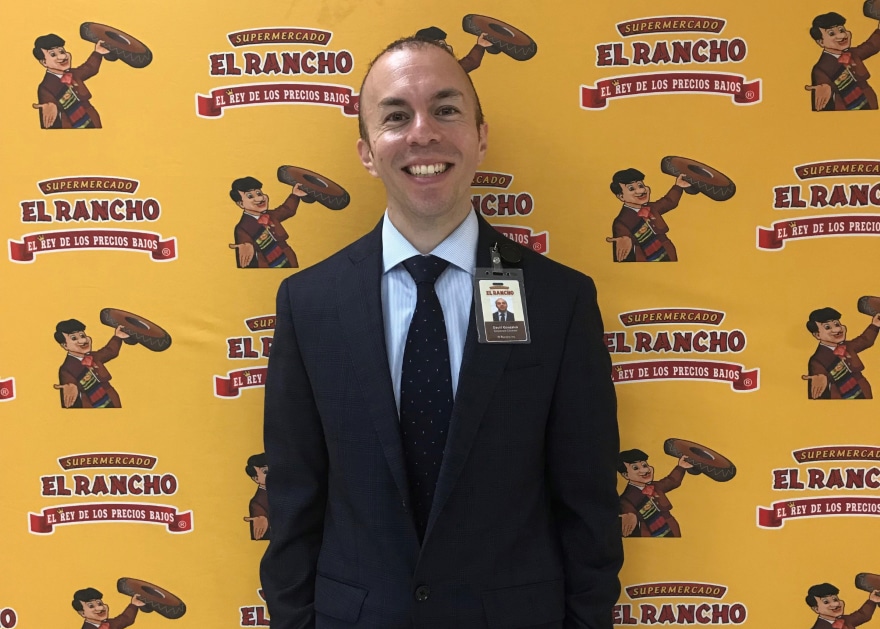 Though these vendors aren’t officially affiliated with El Rancho, Gonzeles explains their presence is meant to enhances the ambience for shoppers. They’ve helped make the stores something of a one-stop operation, where, in addition to buying specialty as well as mainstream groceries, a customer might order a ready-made ethnic serving at the cocina, get a haircut, purchase jewelry, exchange a cellphone or even enjoy an occasional mariachi performance.

“Since the opening of our first store, we’ve been dedicated to making Hispanics in the United States feel at home,” says Gonzales, who can empathize with their situation.

To some extent, the typical El Rancho is not unlike the modern U.S. grocery, which might anchor a structure or lot shared by a salon, pizzeria, bank branch or dry cleaner. Only in El Rancho’s case, everything is under the same roof, spiced with Hispanic flavor and culture, and poised to be the store of choice—“The King of Low Prices”—for a growing Hispanic demographic.

That said, such external partnership arrangements only added another layer of complexity to a slew of novel regulatory matters since early 2020—issues seldom tackled by Gonzales’ counterparts up until that time. And over a year later, with some sense of normalcy returning to the grocery world, he can say all El Rancho stores have been kept open. With the COVID-19 precautions put in place, there were only a few issues pertaining to external vendors, most of whom honored the protocols despite limited resources.

“We don’t want to get in trouble, and we go to great pains for compliance, but we believe these tenants are also essential to the El Rancho Experience and we’ll lobby on their behalf,” Gonzales tells Vanguard this past March. “If they’re not wearing masks and fulfilling the other rules, we’ll enforce our rights as a landlord, but for the most part it’s been going great.”

Texas has posed an interesting COVID-19 regulatory dynamic challenge, Gonzales says, explaining how evolving rules and regulations have differed depending on the political leanings of a particular county or city. A few years back, he worked closely with a mayor and police chief on an infrastructure improvement project—an experience he credits with helping prepare him for managing El Rancho’s compliance in the wake of COVID-19.

With around half of the chain’s almost 30 stores located in the Dallas/Fort Worth area that’s also home to the company’s headquarters, El Rancho hasn’t been too overburdened with regulations. It has stayed focused on following best practices based on the federal Centers for Disease Control and Prevention guidelines, which easily comply with state and local mandates. 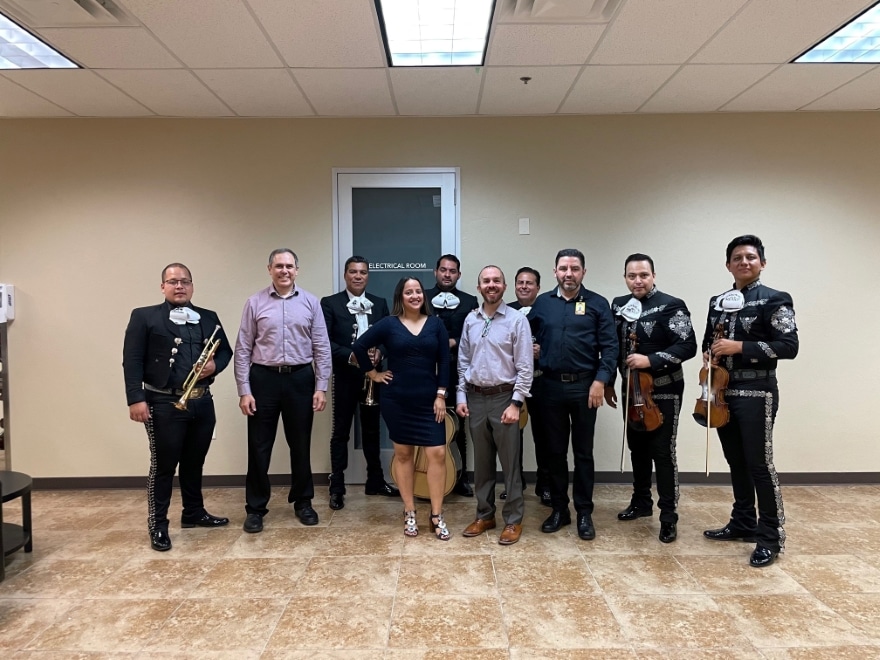 And with El Rancho on the verge of announcing out-of-state expansion, the company’s compliance responsibilities are certain to increase—along with the rest of the one-man legal team’s workload. But Gonzales still finds some predictability to practicing in-house, as he’s done since joining the grocery chain as assistant general counsel in May 2015.

It was a much smaller operation six years ago, he recalls, albeit one with an ambitious, but prudent, agenda. First, it would expand its Texas footprint, which it did with an investment from Albertsons supermarkets that allowed El Rancho to remain an independent entity.

COVID-19 largely paused the expansion plans, with just a Pasadena store added to the portfolio last year. This year, however, growth mode is back. Several openings are envisioned, and Gonzales is counting on helping further streamline the process through what he likes best about in-house law: the collaborative and transactional sides as opposed to the combativeness of the litigation he practiced pre-El Rancho.

It can still be a very fast-paced role with many hats to wear, he says. But buying a lot or leasing a building doesn’t have to be consummated on the spot, and all parties have time to mind the details and further negotiate.

“Real estate is exciting, and I enjoy the direct negotiations,” Gonzales says. “I enjoy drafting agreements, as I find it to be much like sequencing DNA; I always look to craft balanced language and flexible terms. We’re a very fluid company with the ability to retool quickly or turn on a dime and having that ability in our legal agreements remains one of the essential factors to our competitiveness.”

With new growth on the horizon, he says legal artificial intelligence will be among the tools harnessed. After researching AI solutions for months, he settled on one for contract life cycle management. He’ll advise any legal department that if it puts off consideration of contract AI, it will essentially be plowing with a mule instead of a turbocharged tractor.

Charity being at the heart of Hispanic culture, El Rancho partners with churches and nonprofits on food donations and in-store collections. Having worked mostly remotely at the pandemic’s onset, Gonzales says his first real outside activity was meeting with volunteers from across the company as they loaded donation boxes aboard trucks for distribution. Throughout 2020 and into the new year, El Rancho has had rotating teams of volunteers distributing relief at designated locations across the Dallas and Houston metroplexes. 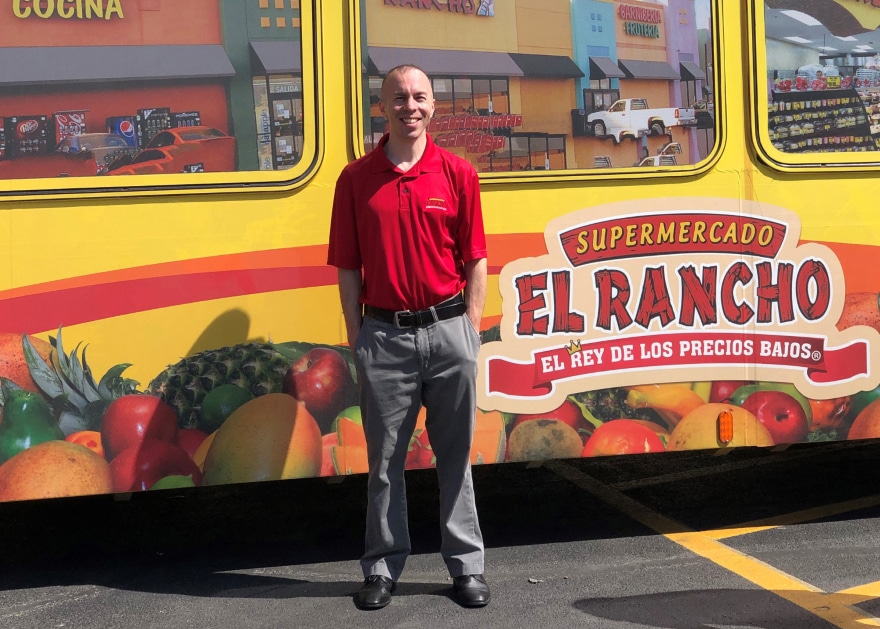 Himself a 30-something son of a Mexican-born mother, Gonzales partook in such initiatives long before joining the El Rancho team. A 2009 University of Arkansas law grad, he began his career as a pro bono interpreter for immigration and legal services at Catholic Charities, and regularly volunteered at Conozco Sus Derechos, a Spanish bilingual legal community clinic that translates to Know Your Rights.

Such goodwill activities wouldn’t pay the bills, however, and for that Gonzales juggled roles as in-house counsel to Adobe Title, while serving as an associate attorney at Henley & Henley for a few years. He ran his own firm from 2014 to 2015, then began his El Rancho tenure which he deems the best fit for mixing a commercial operation with a greater community good, as well as where he has been able to continue to hone his mix of business and legal skills.

“In representing small businesses during my early years in private practice, I caught a glimpse of the operations but never saw the full picture of how everything fits together,” he says. “Nor did I have much ability to create value, aside from one-off client matters. How different it has been here at El Rancho.” 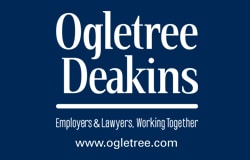 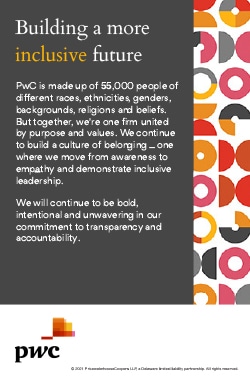