While most people can get their daily dose of vitamin C from a glass of orange juice, David Hubbard gets his by looking inward.

“My values and the core to my being is the vitamin C of life,” he says. “I want to be cool, calm, collected, curious, creative and courageous while spreading ‘CLAW,’ which stands for compassion, love, awareness and wisdom.” 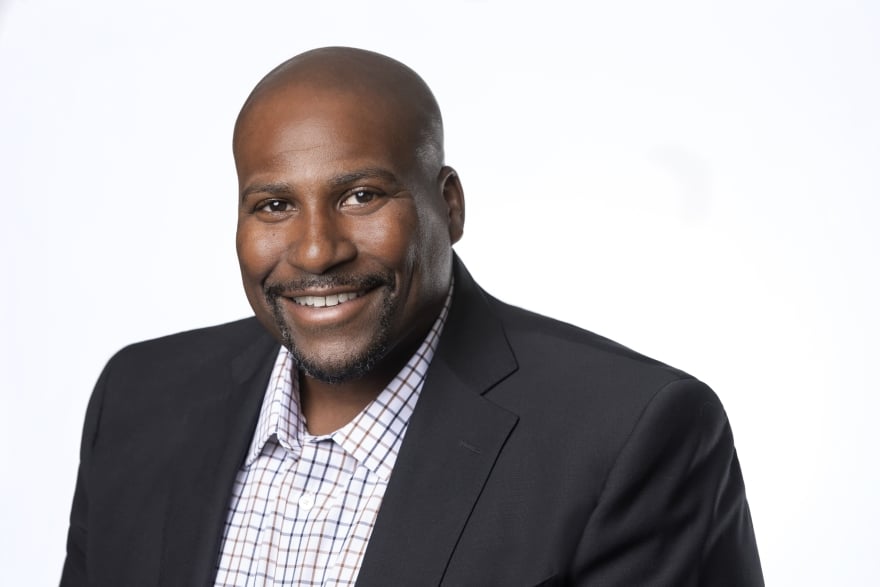 As vice president and deputy general counsel for Verizon Communications, Hubbard leads a team of 20 attorneys who provide legal support for consumer growth and revenue initiatives. He also oversees the company’s internship program and helped develop an award for suppliers and vendors who exhibit excellence in promoting diversity, equity and inclusion.

Despite his prevailing optimism, Hubbard isn’t immune to feelings of doubt and fear. For example, the death of Ahmaud Arbery, who was murdered while jogging in a Georgia housing development in 2020, has had a profound impact on Hubbard and his family—especially his two Black sons, who frequently jog in their predominantly white neighborhood.

“I breathe a sigh of relief each time they come home,” Hubbard says. “What happened in 2020 was one of the largest coordinated Civil Rights movements. We need more of that all the time.”

Be seen, be heard

Hubbard, who joined Verizon in April 2004, has been co-chair of the company’s Public Policy and Legal Diversity, Equity, and Inclusion Council for more than a decade.

He also leads an internship program for diverse law students, which he says aims to “enhance the legal pipeline.” The program provides mentoring, training, guidance and exposure to the legal field for high school, college and law students from diverse and underrepresented populations. Interns, including 18 this summer, attend panel discussions and get opportunities to network with Verizon lawyers. 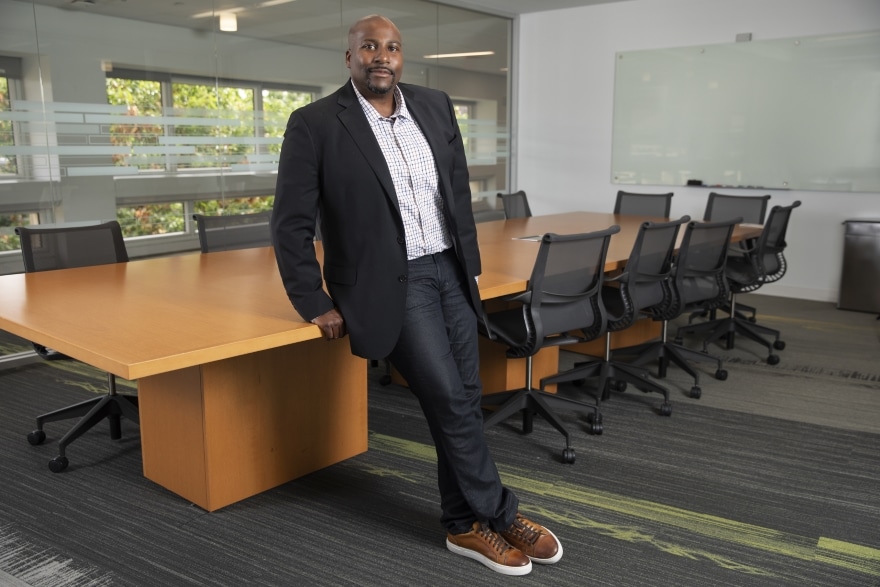 For interns and employees alike, Hubbard has helped bring in guest speakers to address issues such as the effects of racism on mental health and the importance of empowering people to tell their stories. He says sharing stories helps people understand other perspectives, which is important in DEI work.

“We need to have courageous conversations,” says Hubbard, who’s blogged about his reaction and fears about Arbery’s murder. “It makes our lives and experiences better—people need to be heard and supported.”

Hubbard also ensures outside counsel are making strides in DEI.

“We collect and evaluate best practices for hiring, performance and management,” he says. “As much as we model behavior and cultivate and support an inclusive culture, you need to put systems and processes in place to support that.”

One way Hubbard and his colleagues plan to recognize vendors and suppliers is with the Verizon Law Firm IDEAward, which they’re still developing the framework for. The acronym stands for inclusion, diversity and equity. The award is part of Verizon’s ongoing partnership with law firms in its preferred provider program, he says. 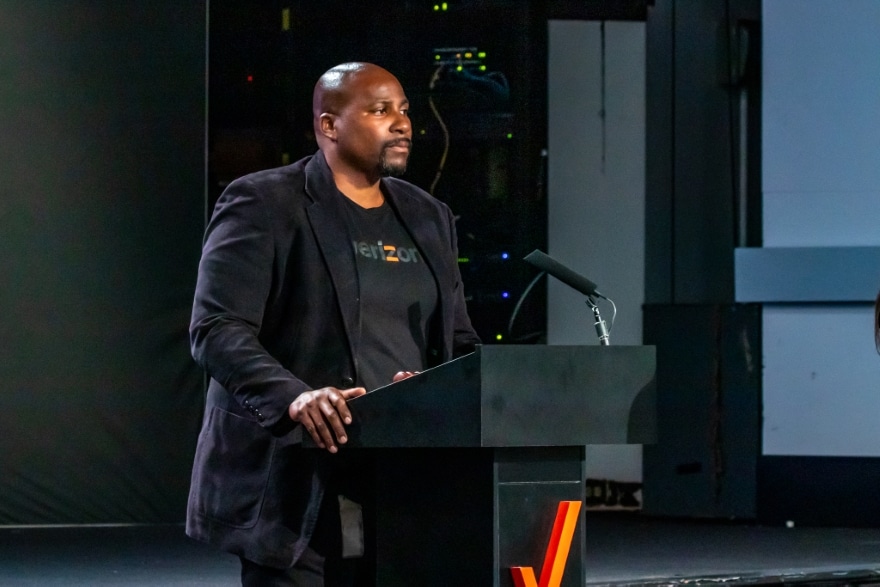 Verizon’s Law Firm and Supplier Diversity Committee will evaluate data from outside counsel firms and recognize those excelling in providing diverse staffing on Verizon matters. This includes demonstrated success in hiring, retaining and promoting diverse attorneys, and having innovative credit allocation systems or programs for a firm’s attorneys.

A native of Wheatley Heights on New York’s Long Island, Hubbard says his parents, both educators, imbued his positive outlook on life while also instilling a love of knowledge, education and cultural awareness.

His mother was a founding member of the Mothers Club of Wheatley Heights, where she promoted cultural awareness by teaching about holidays including Kwanzaa, as well as Black History Month. His parents made him aware of the hurdles he would face—and how to approach them.

“They’d say ‘be a happy Hubbard—everyone is entitled to our happiness,’” he says. “They taught me that if there’s a room you walk into, try to leave it better than you found it.” 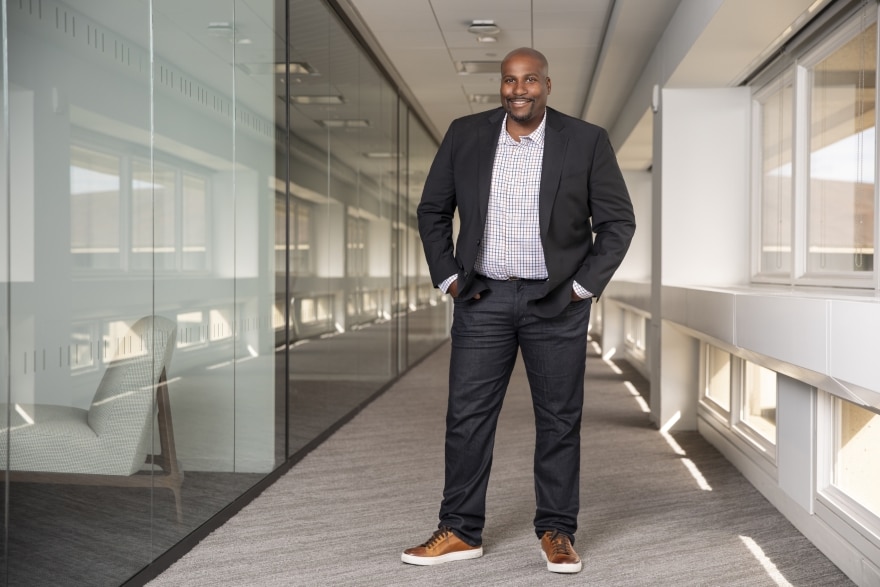 Hubbard attended the University of Maryland College Park on a Benjamin Banneker Scholarship, endowed in honor of the 18th century Black Maryland native whose achievements include compiling one of the first almanacs and building the first clock in the U.S.

Hubbard earned a bachelor’s degree in journalism in 1997 while serving as vice president of the university’s Black Student Union and NAACP chapter. He then went to Georgetown University Law Center, participating in the Frederick Douglass Moot Court Team and Black Law Students Association while he was a student.

After graduating in 2000, Hubbard went into private practice as an associate at Collier Shannon Scott PLLC, where he says he often felt like a lone soldier as a Black lawyer. He developed an interest in diversity-related education and awareness after experiencing microaggressions, such as being asked to make copies by a colleague who mistook him for a copy center employee.

Away from his office, Hubbard helps his wife, Tamiko Hubbard, operate Sweet Reads, a children’s literacy nonprofit organization she founded in 2016. 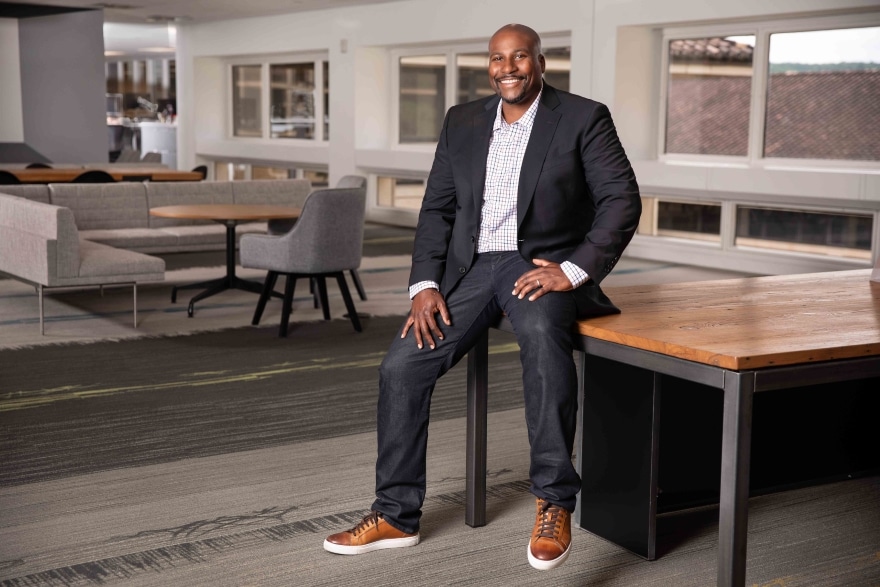 “There are so many children that don’t have access to books,” he says. “We partner with schools and other community organizations to get them books—my wife leads the charge there.”

What ties Hubbard’s efforts and initiatives together is mindfulness, he says. He started Verizon’s Public Policy and Legal Meditation Series, which partners with Meditation4Leadership, a nonprofit organization promoting the benefits of meditation practice while teaching skills to enhance leadership and wellness.

“I try to be positive and happy every day,” Hubbard says. “I feel like I’ve reached a point in life where I want to facilitate joy and radiate positivity. This may not be what people anticipate and it’s not specific to my job function, but I’m being authentically me.” 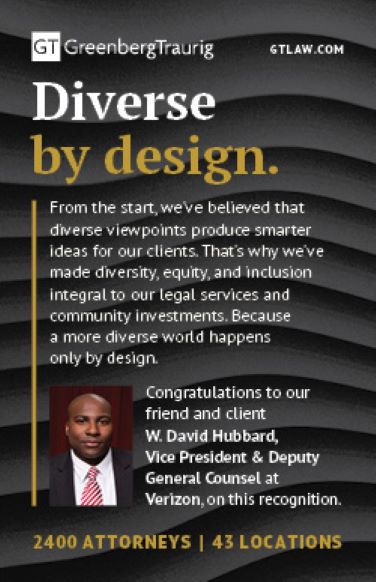 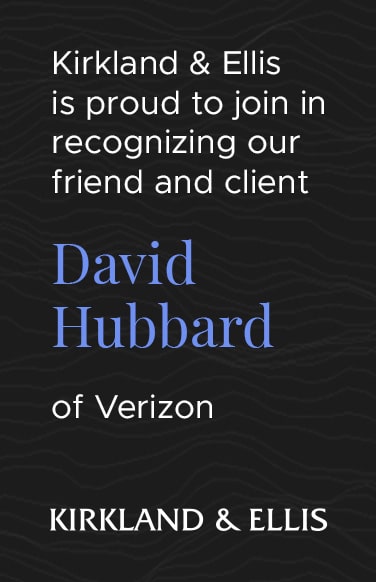 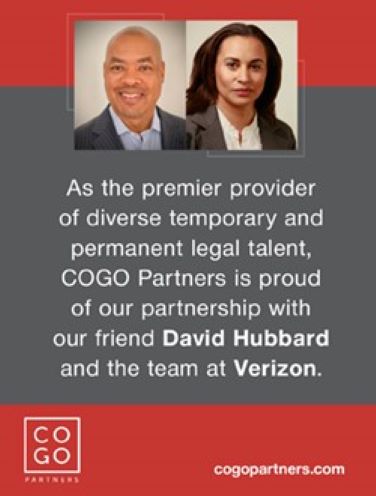 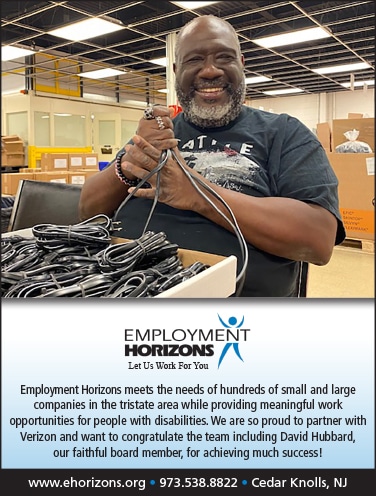 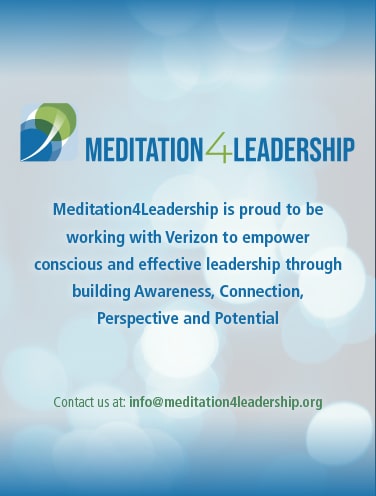 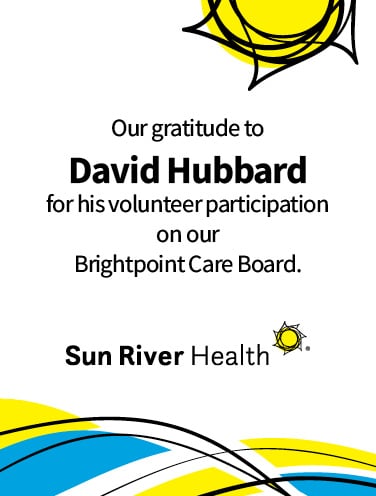