Getting her foot in the door was Divya Mehta’s first step toward a new job at KONE, allowing this marathoner to run with a new opportunity.

Admittedly, Mehta says she wasn’t the ideal candidate for at the $8.9 billion global engineering company that manufactures elevators and escalators in 60 countries worldwide. She had no experience in the industry, nor in the area of law where KONE needed to be compliant. 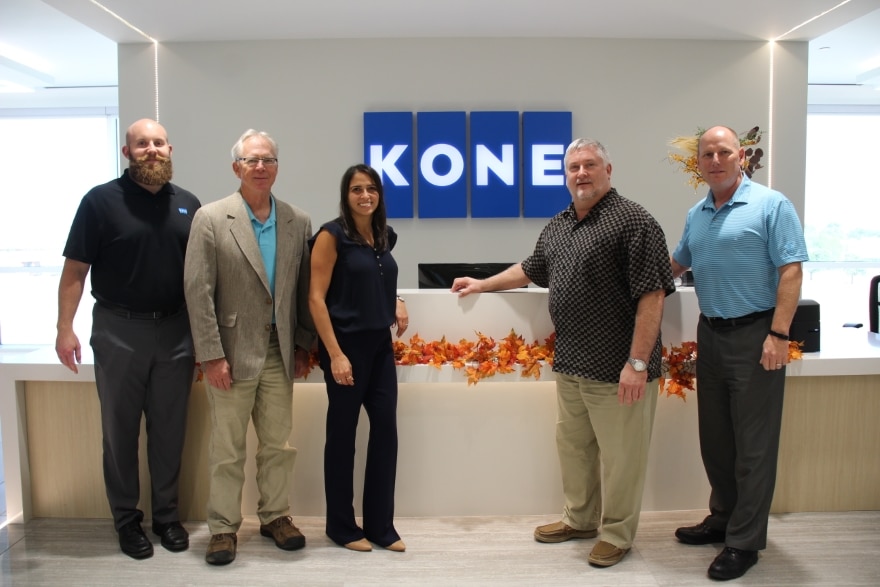 But a background in engineering—and admittedly a bit of luck—helped her land the job in 2013. By January of this year she had been promoted to deputy general counsel of North American legal operations.

“If you are willing to jump in and work hard and be open to learning it can open a lot of doors,” Mehta says. “I also put a lot of emphasis on developing relationships—whether that’s with the CEO to the folks on the floor in the factories—you have to know how to talk to anyone.”

Once onboard, Mehta recalls, it was time to learn the business.

“The subject matter was not in my wheelhouse, but I got out to different parts of the company, like the factories and frontlines, and sought every opportunity to learn about the business and our products, including elevators, escalators and our technologies,” she says. “ Slowly, people recognize your commitment, that you are working outside your comfort zone and want to connect.”

Her diversified background in product liability defense, medical malpractice, tort litigation and work in a leadership sales program was valuable experience, and she built upon her strengths.

I am not afraid of new challenges,” she says. “My philosophy is that you can do anything for two years, and even if you don’t like it there is always something to learn that you can apply at some point in your life from the experience.”

Footing found, the first major project she tackled was to improve an internal company process which addresses various regulatory issues by implementing a database. The project was approved by the general counsel, who Mehta says is very process oriented and is always on the lookout for the opportunity to create efficiencies.

Unable to disclose all the details about the process, she did say the project creates a better management system which documents and organizes critical business information, reducing what she calls the “cycle time” to address important issues, thereby reducing KONE’s overall risk. 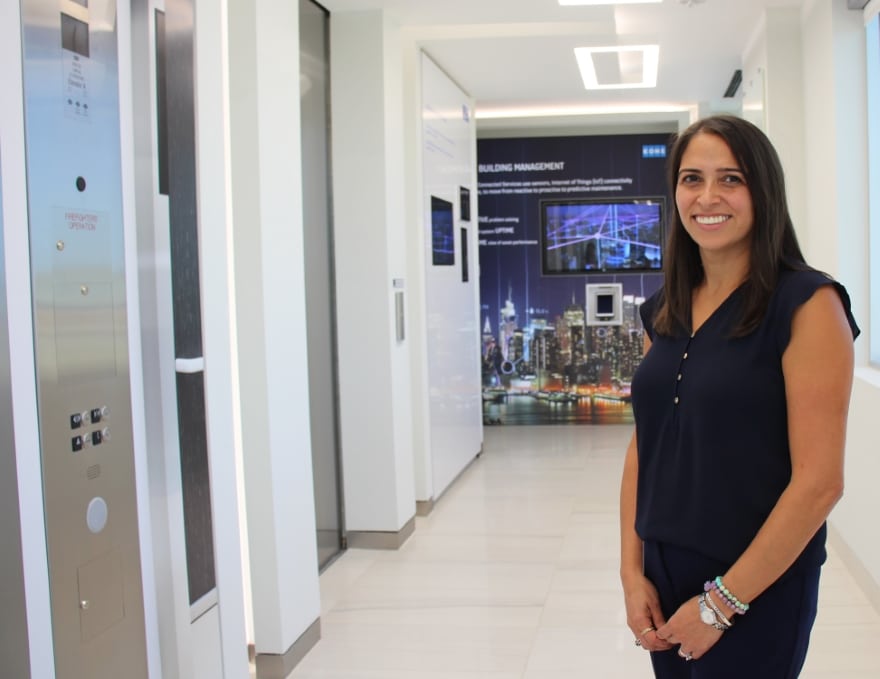 With a six-month pilot related to this project completed, Mehta says KONE is now implementing user feedback, with good results.

“Throughout the project, the focus has been on learning what everybody does and implementing process improvements. The new database helps manage issues more efficiently, freeing up time for my additional responsibilities in legal operations,” she says.

Now with the updated system in place, the database allows KONE to have an electronic workflow process and greater accountability.

“We had a process before, but it was manual. Now it is more defined, reducing KONE’s overall risk to monitor unique issues and specific processes,” she says.

Nevertheless, challenges remain among the varying laws, rules and regulations in the more than 100 North American jurisdictions where KONE operates.

“It can be challenging to address the varying issues raised by regulatory authorities in local jurisdictions. We try to resolve these issues by trying to understand where the authorities are coming from and developing relationships with them. Obviously, safety is a primary goal and also to make our customers happy,” she says.

To help with this challenge, Mehta saw the need to work with others to create a new position stemming out of “firefighting several issues.” 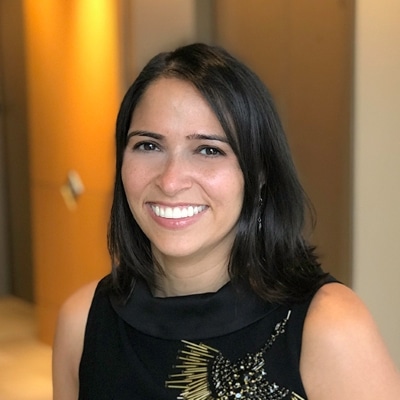 The person to fill that position was certified Qualified Elevator Inspector (QEI) Rob McNeill, who had the qualifications and credibility necessary to work with the regulatory authorities.

“While addressing issues, he is also building relationships, which always make it easier to resolve future issues,” she says.

On the product front, two successful products for KONE are UltraRope, which is already approved and sold, but not yet installed; and JumpLift, which has been installed on several projects in the United States and Canada.

“Be kind and kindness will find you back”

During her law school summers, Mehta did a couple of internships, including one at the IRS, and the other at the U.S. Attorney’s Office.

“I really enjoyed working with my 711 license; I would get a stack of tickets and if the defendant appeared, I’d get to question them and any other witnesses,” she says of the experience available to law school students to counsel clients under the supervision of an attorney.

Mehta has been leading the code and product team for several years and, in that capacity, evaluates new technologies and works with different jurisdictions on getting different product approvals. Now in her new role as deputy GC, she also oversees two assistant general counsels, one focusing on litigation and the other handling operations and contracts.

Through it all, Mehta says so much of what she does revolves around

setting a good example for her two daughters, Kareena, 9 and Mira, 7. Her motto—and a sign in her office that she lives by—says “be kind, and kindness will find you back.”

To that end, satisfaction and happiness at home and at work hinges on solid relationships, such as that with her husband Ankur and the rest of her family that lives close by and pitches in to help her achieve a work-life balance.

“I couldn’t have done what I do without them and the mentorship of my General Counsel Kurt Stepaniak. He has been instrumental to my work and development at KONE every step of the way,” she says. 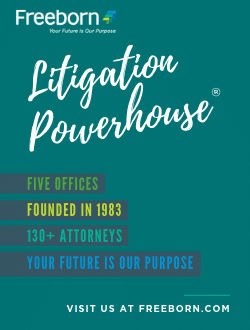 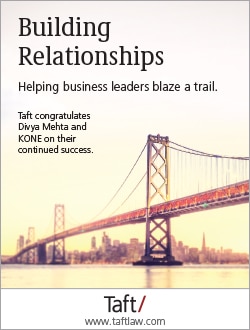