It is indeed the wild west for the nascent cannabis industry, especially when alcohol is in the mix. A left coast brewery with something of an outlaw heritage would seem right at home.

Which seems to describe the Lagunitas Brewing Co. in Petaluma, California. Only what passed for its outlaw days now seems, well, if not in the mainstream then at least on the floodplain. 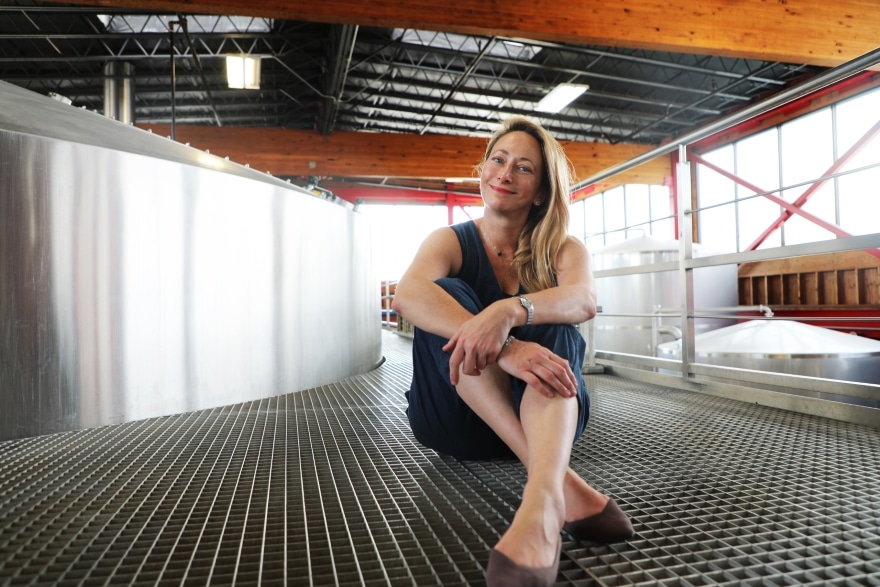 For it’s a new era, Lagunitas having made enough of a mark among craft brewers for its then half-owner from Holland—Heineken—to buy out the rest of the company in 2017. It’s keeping Lagunitas on a long leash, however, that seeming essential to sustaining its partner’s status as a true craft beverage.

Early last year, Lagunitas brought in its first general counsel to help nurture its growth as well as to ensure the company stays on the right side of the law. A law, that is, with boundaries more blurred than precise.

“It’s fascinating to be in an area where laws are being written and rewritten all the time,” says the upbeat Judith Schvimmer, who had served the previous seven years as vice president and legal counsel at Jackson Family Wines in Santa Rosa. “It’s an entirely new market to navigate. Pretty awesome opportunity for a lawyer.”

Changing message in a bottle

Alcohol laws can be complicated enough, varying state to state and even municipality to municipality and often changing on the fly. But those laws just might be pillars of stability when compared to the rules and regulations for cannabis products.

For though the recreational use of cannabis is legal in—at last count—11 states and Washington D.C., a seemingly archaic 1970 law still deems it illegal at the federal level. That creates a challenge for cannabis players and their attorneys, they having no ability to act like traditional companies when it comes to brand protection and operational activities, such as securing federal trademark registrations or moving products across state lines.

This prohibition against interstate commerce means that Lagunitas needs to partner with a licensed cannabis operator in each state where its cannabis-infused sparkling hop water is sold, which for now means California and Colorado, with other states expected to launch soon. 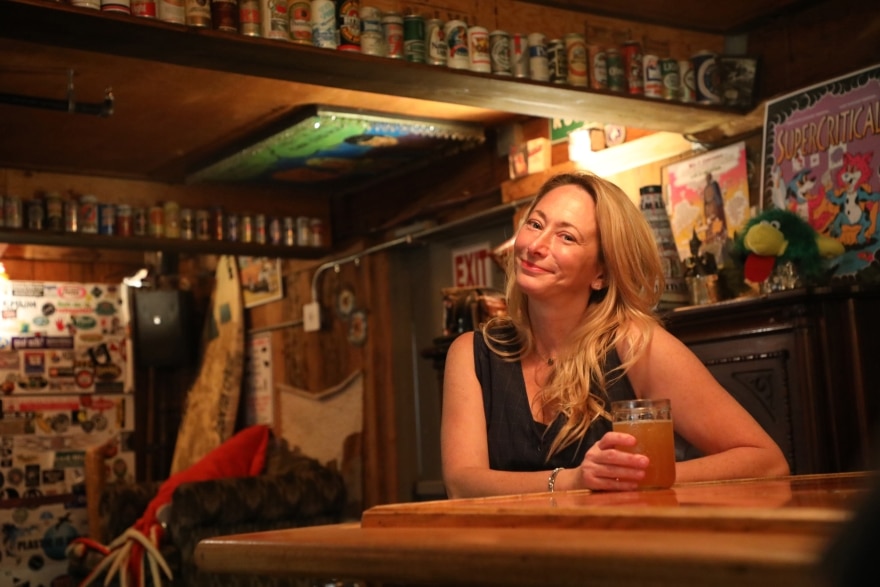 Should the federal law loosen, Lagunitas would seem to have a leg up as Schvimmer’s to-do list includes negotiating partnerships with CBD and THC producers in states where pot is legal, enabling the company to transport just the sparkling water or beer to various locales where the beverages can be spiced up before sale. But how much easier and economical it would be, she laments, to not need a go-between.

Different branding and legal challenges exist in each state and country. In Washington State, only 16 colors are approved for use on cannabis product labels. In Canada, which has national recreational legality, cannabis beverages will hit the shelves in December, but attorneys like Schvimmer are waiting to see how companies will comply with the True North’s strict “plain packaging” regulations that prohibit elements such as logos or brands associated with alcohol products.

Schvimmer says she’s doing as much as practically possible to keep current with changing laws everywhere, finding assistance through such resources as the International Cannabis Bar Association, of which she’s a member, and checking in almost daily on cannabis legal blogs and news sites. Competitive as the cannabis industry might be, she says there’s still a team spirit with so many lawyers seeing common interest.

“Attorneys in the space are highly collaborative, sharing industry news, contracting and compliance strategies, and educated speculation around evolving legislation” Schvimmer says. “We’re not here to eat each other up. It’s a competitive industry for certain, but the prevailing attitude amongst the lawyers seems to be that a rising tide lifts all ships—it’s in everyone’s interest for the industry to develop in a healthy direction.”

It’s an industry as high-risk as it may be high-reward, she goes on to say. Banks are wary about extending credit, although that may change soon, as the House of Representatives recently passed legislation that would protect banks from the threat of repercussions for servicing legal cannabis companies. Any litigation could send insurance rates soaring. For companies like Lagunitas that don’t hold cannabis licenses and instead partner with licensed cannabis operators in each state, their brand’s reputation rests in part on the conduct of a third party not under their control in an industry that remains stigmatized. Then, of course, there are the laws and the need to anticipate what’s next on the books.

Time was, however, when the law wasn’t of such concern to the Lagunitas crew. Schvimmer wasn’t around back then, but she can laugh about it with her new colleagues.

The St. Patrick’s Day massacre of 2005, it’s referred to at Lagunitas. Unbeknownst to the merry crew that was hosting the weekly tasting party, undercover agents of the California Department of Alcoholic Beverage Control were among the guests, having staked out the brewery for months and observing—gasp!—pot smoked on premises.

Like others at the tasting, so-called “Beer Weasel” Ron Lindenbusch was an unabashed toker and when he lit up a joint, supposedly the size of a small baton, he found himself being cuffed from behind by a state cop.

Though no one was criminally charged, the brewery was handed a 20-day suspension of operations and warned that future transgressions would be dealt with more harshly. Not that that fazed founder and then boss Tony Magee, who used the time to install a new bottling line and a year later introduced the “especially bitter” Undercover Investigation Shut-Down Ale, the label inscribed with libertarian musings. 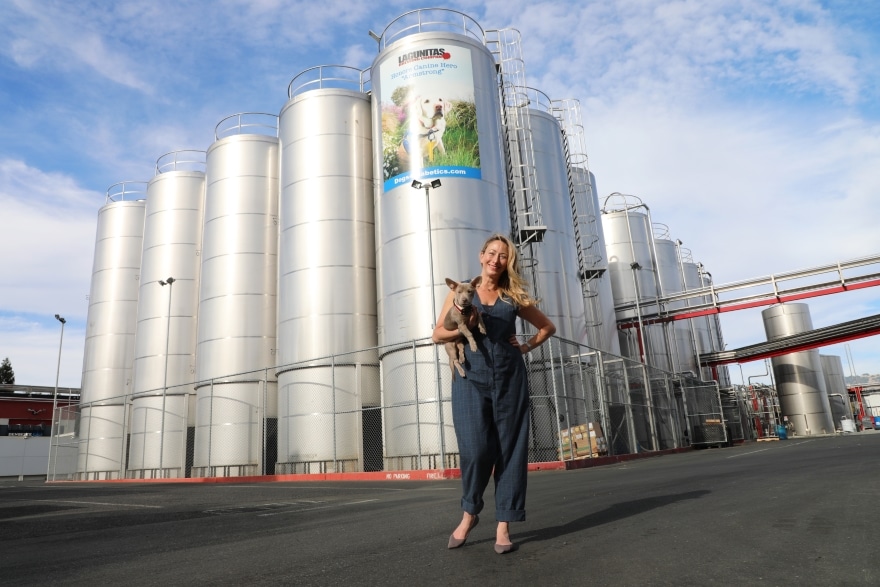 “We have a crazy bunch here,” says Schvimmer, a Columbia Law School grad who seems every bit the free spirit, the solo parent of a 6-year-old daughter, two dogs and two cats, who spent her younger days backpacking around Europe, managing an art gallery in Aspen, and pursuing a doctorate in literature and women’s studies at Brandeis after her undergraduate years at the University of Florida.

Advised in grad school that a law degree would open many different doors, Schvimmer signed up to take the LSAT two weeks later on impulse and scored well enough to get into Columbia. Her law school studies focused on intellectual property, taking courses taught by the daughter of her idol, Justice Ruth Ginsburg. She moved to San Francisco after graduating, spending the first seven years of her career in big firms before going in-house at Jackson Family Wines in 2011. Staying true to her traveling roots, she managed to fit in a two-month surfing hiatus in Maui in between gigs.

A great place to learn how to operate within the highly regulated alcohol industry, she says of her time with JFW, and to learn how a general counsel brings far more than just legal knowledge to a company. The family-owned wine business was founded by two lawyers, creating a culture where the attorneys were looked to when their colleagues had hard problems needing solving, making business knowledge and judgement as important as just knowing the laws.

Now surrounded by a company stocked full with creative and sometimes hard to control people, Schvimmer has ample opportunity to do what she loves—supporting a dynamic business and helping hit goals while navigating risk. All the better she can do it in what the company calls an adult playground, to boot; one that might make other working people envious.

Though, as Schvimmer notes, she and her colleagues work as hard as they play, and take community service seriously, with the company’s breweries and taprooms turned over to nonprofits for fundraisers two days a week. Lagunitas also has a “bring your pooch to work” policy, as was evidenced by the barking in the background of her conversation with Vanguard coming from her two dogs, Virginia Wolf and Walt Whitman. Rock music could be heard.

Just another day at the rockin’, dog-friendly office, she says. And some laws having changed, no raids anticipated.

Though if one happens, Lagunitas will probably fashion another brew in response. 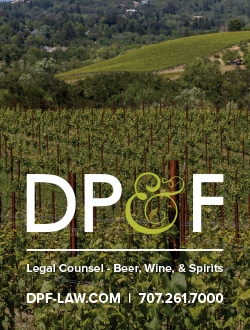