After years of reactive regulatory response on data privacy and cybersecurity, the pendulum seems to be swinging the other way.

Last year, President Biden issued an executive order for the federal government to “make bold changes and significant investments in order to defend the vital institutions that underpin the American way of life.” He also called upon the private sector to further secure its online systems, especially if doing business with the feds. 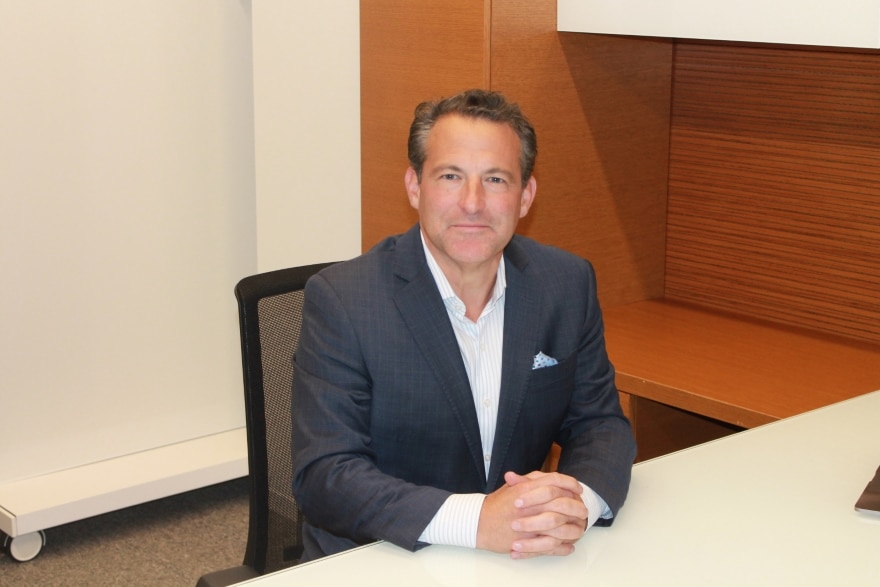 A member of the IBM legal team for 23 years, Don Cepiel and his colleagues would welcome a national standard for data privacy and cybersecurity rather than the growing patchwork of industry, country, state and even local rules and regulations. But they’re not waiting for a comprehensive European Union-style law to land on U.S. shores.

Better to just stay ahead of the game, he says. Besides, there’s much opportunity for IBM to set the standard for operating in what’s quickly becoming a digital and data-driven economy.

“Digital transformation—together with resulting issues of privacy, cybersecurity and data—is core to our business,” Cepiel tells Vanguard in September while working remotely from his home in Concord, New Hampshire. “We believe these regulatory issues will be increasingly important for our enterprise customers and we’re ensuring we’re in the right spot for compliance and the competitive advantage.”

Ahead of the curve

Given how fast the regulations are changing, compliance might be Cepiel’s biggest responsibility in his position—last year he was named vice president and assistant general counsel for all matters regulatory. Generally speaking, he looks to uphold the highest standards across the world, which ensures compliance and makes IBM more attractive to clients.

The company, Cepiel says, has made substantial investments and strides in connection with hybrid cloud and artificial intelligence—areas with the most growth potential for IBM.

That has Cepiel and his globally dispersed team investigating potential data breaches, security incidents and vulnerabilities. They also help develop regulatory strategy and compliance; interact with regulators, legislators and law enforcement; mitigate supply chain and vendor risks; implement corporate governance, internal controls and public disclosures; and support the brass on any number of fronts in these high profile and high risk spaces. 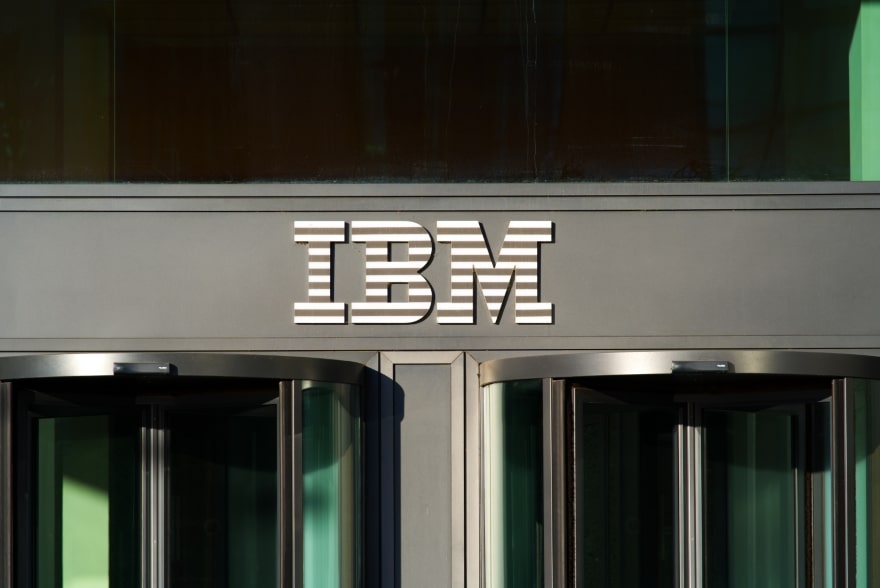 The IBM legal department has recently integrated various legal teams and partnered more closely with the company’s chief privacy office and governmental regulatory affairs team. Given the overlap between the groups and our common mission for IBM, Cepiel says closer collaboration makes sense.

“As IBM has evolved over its 100-plus-year existence from punch cards and computers to hybrid cloud and AI, so must the legal department,” he says. “The IBM legal department can’t be just about reactive support and compliance. We must be strategic and look for opportunities to add more value.”

While the matches were still in process when Cepiel spoke with Vanguard, he had to revel about what a compelling customer experience IBM was enabling. 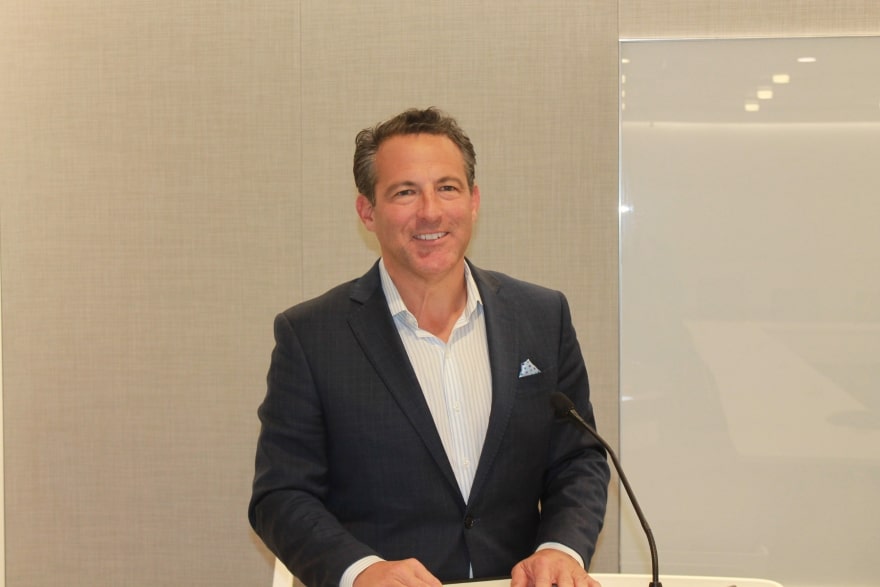 Looking back on the year that’s passed since his most recent reassignment, Cepiel says it’s been a time of “changes, challenges and opportunities.” It was more than a letterhead change from his previous four years as chief cybersecurity counsel. The current role reaches further into all areas of data and is in keeping with IBM’s mindset of reassigning its lawyers and, in the process, embedding them with general as well as specific skills.

He credits that modus operandi for his ascent at IBM since being recruited by a former colleague in 1999. He joined the company after four years honing his skills at Cooper, Erving & Savage, a boutique firm in Albany. Cepiel’s first IBM role was as senior attorney for its microelectronic division and site counsel at a semiconductor manufacturing plant in East Fishkill, New York. Since then, he’s had seven more positions, each lasting three to four years.

“My current role is light years away from my first one,” the 1995 Albany Law School graduate and Hamilton College economics major says, noting how some of today’s most significant risks—cybersecurity, privacy and data—were relatively unheard of in the previous century. “But I’ve seen how beneficial it is for our lawyers to rotate, continually learning new issues and different parts of our business. It really helps the junior ones grow and provide better counsel in all roles.”

It did for the younger Cepiel, who came to IBM with no discernible technological skills but has picked up plenty on the job. And while he considers himself a generalist, his deep understanding of IBM’s business and a variety of regulatory matters would seem to give him extra clout. He also encourages young lawyers to see regulatory expertise in privacy, cyber and data as a skill that’ll only grow in demand.

“The regulatory mission is such an exciting destination,” Cepiel says. “There’s room in this space for longstanding experts, those with complementary skills (technology, IP, patent law, computer science, anti-trust) and those who are willing to learn.” 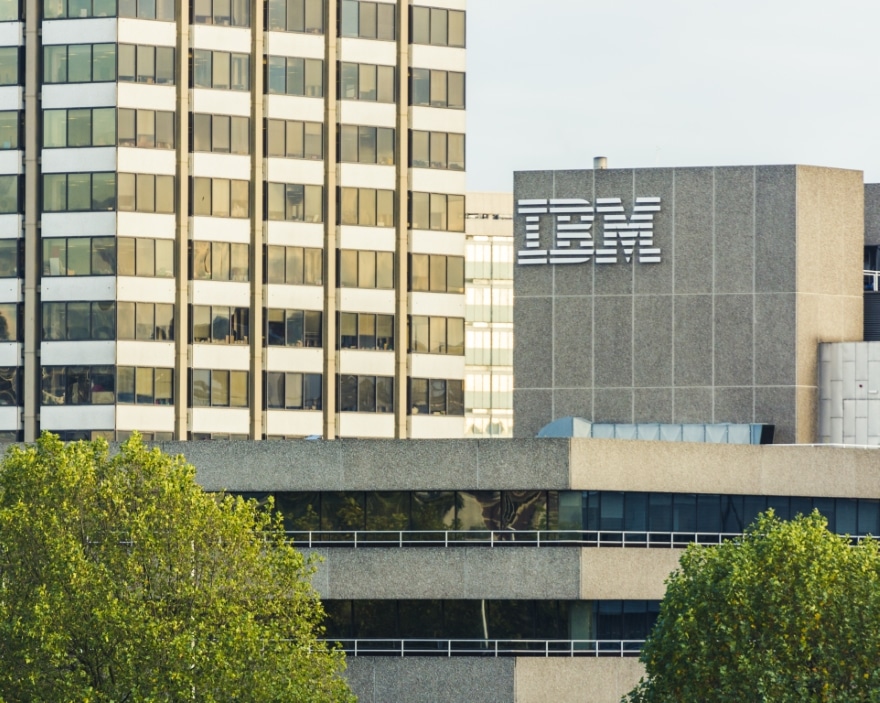 The IBM legal staff heavy in virtual operation pre-pandemic, he says they had a leg up when COVID-19 struck in 2020. Cepiel has interests to monitor in around 130 countries and is adept at adjusting to time zones.

But he finds ways to enjoy family time in New Hampshire as well as on the Maine coast. His wife, Julie, teaches biology and heads the science department at St.Paul’s School in Concord. The couple has three teenaged children, all of whom play lacrosse and are academically inclined.

Cepiel encourages them to explore subjects and find one they’re passionate about. It worked for him.

“I knew even before law school that I was interested in the mix of legal, business and strategic thinking,” he says. “In-house law is where I’ve found it.” 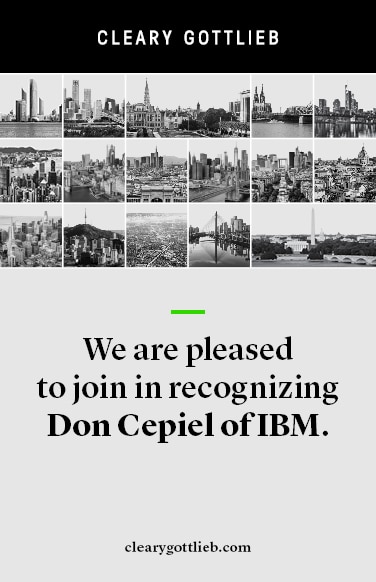 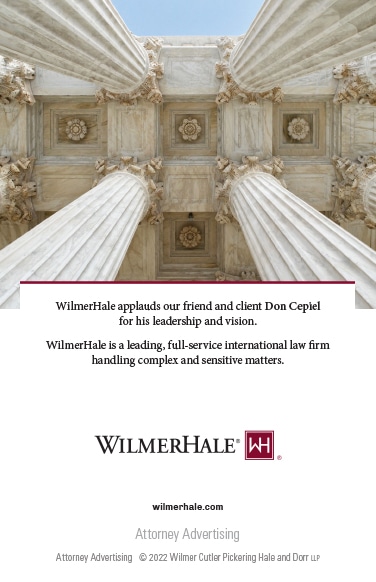 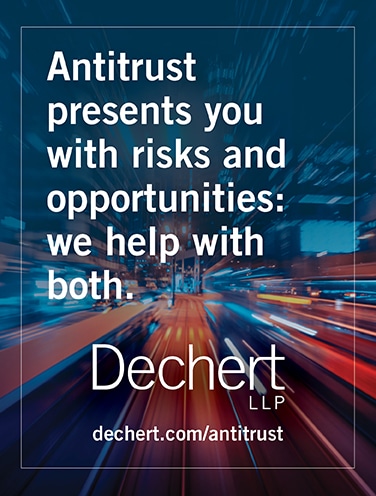