Since 2020, Monica Berry has helped guide three corporate acquisitions—including the sale of the company she works for, INW Manufacturing. As INW’s first general counsel, she’s also helped the company move its headquarters from Dallas to Farmington, Utah.

Oh, and she helped the company recover, rebrand and rebuild after a fire heavily damaged its Carrollton, Texas, production facility in July 2021. 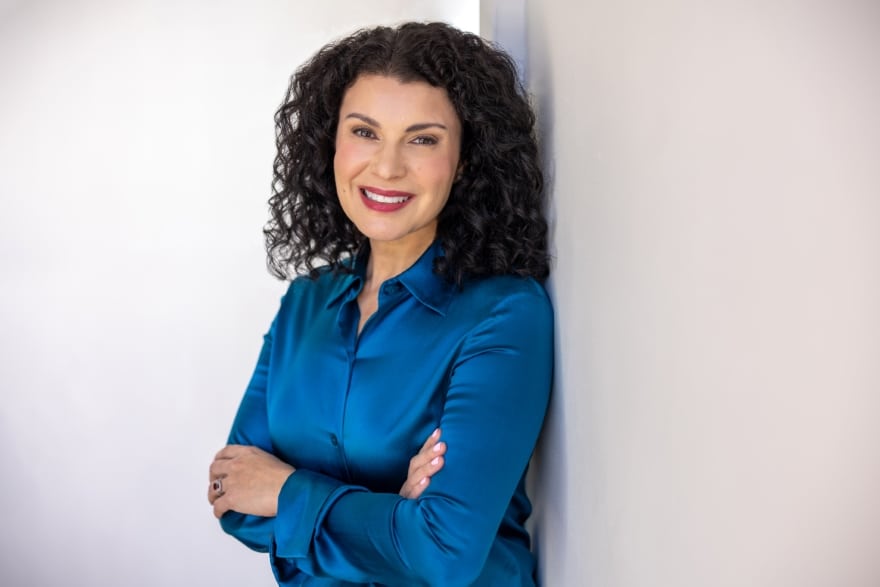 It may be more than a day’s work for Berry, but leading the legal team for INW, which has six divisions making dietary and nutritional capsules, soft gels, bars, liquids, tablets and powders is rewarding. For her, it’s also a culmination of more than 20 years of experience in private and in-house legal practice.

“I like that we make products that help individuals have better lives, whether it’s for performance or nutritional needs,” Berry says. “I enjoy being part of a team that makes tangible products.”

INW was founded in 2014 with the acquisition of what was then United 1 Laboratories in Carrollton. That’s where the company manufactures liquids, gel packs, cosmetics, animal care and household products, as well as over-the-counter products for industries including sports nutrition and personal care.

In 2018, INW acquired ProForm Laboratories in Benicia, California.  Powdered nutritional supplements, meal replacements, and plant-based protein and vitamin, herbal and whey protein powders are made there.

INW next acquired Phoenix Formulations’ Tempe, Arizona, facility in 2019 to make sports nutrition and dietary supplements in powder, capsules and tablets. The company next added fruit and nutrition bars by acquiring Living Ecology’s facilities in Corona, California, and Henderson, Nevada. 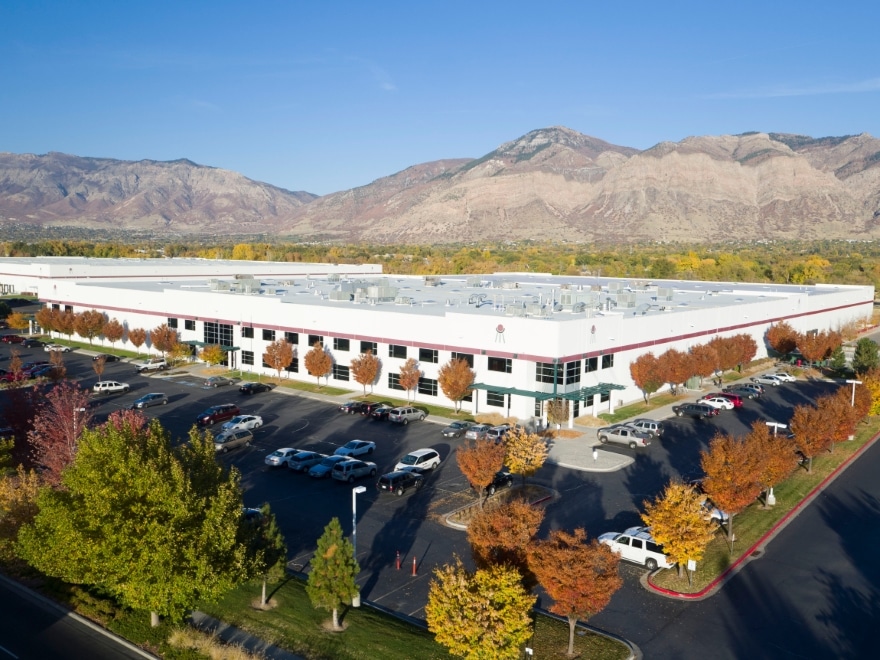 Berry joined INW in 2020 knowing she would be tasked with helping prepare the company for sale to equity investors. To help guide the M&A she reviewed contracts, facility leases and financial information in collaboration with the finance and accounting departments.

The final M&A to date also brought changes to INW management when Capstone Nutrition was added in May 2021 and Capstone CEO Jared Leishman was named CEO for all of INW’s divisions.

Berry was in the midst of integrating the 2021 acquisitions when the fire in Carrollton occurred. No one was hurt and, following the fire, Berry helped INW’s leadership quickly shift operations to continue supplying its products. She also worked with insurers, contractors, outside counsel Haynes & Boone and third-party consultants, Alix Partners, to rebuild and reopen the facility this past spring as Dallas One Solutions.

Though 2022 brought a lull in the M&A, Berry’s been busy organizing the legal department and helping guide INW’s environmental, social and governance efforts. That includes helping create the ESG committee. 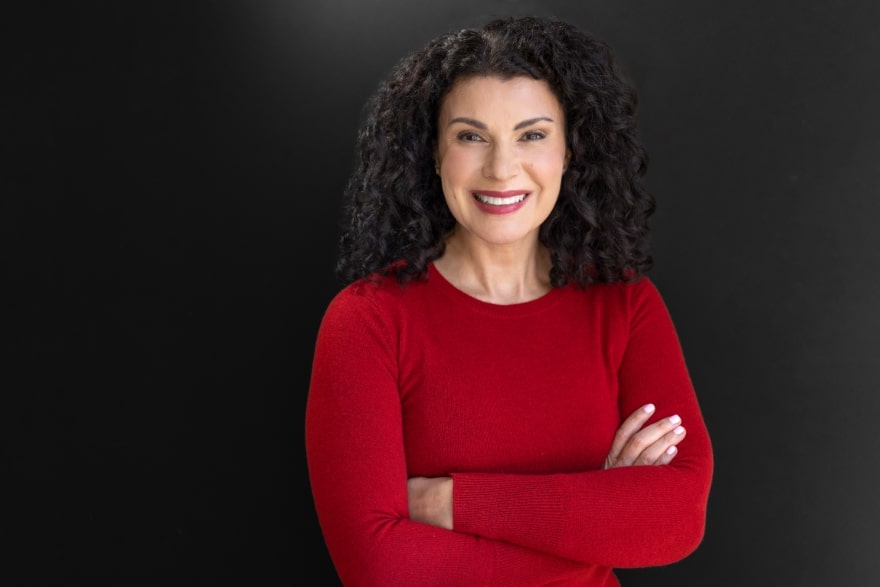 “As we grow, the amount of data we’re required to protect increases exponentially every year,” Berry says. “ISO certification will help us formalize our auditing process and provide an empirical standard to audit against.”

Berry is also implementing an Icertis contract lifecycle management tool to be used for customer and vendor contracts and for managing HR documents. It will make managing, drafting, and negotiating contracts easier throughout INW’s divisions, she says.

The Icertis tool provides a repository for all legal documents and it can generate contract templates. It also retains drafts and revisions and provides artificial intelligence for searches. Berry says she likes the tool’s  reporting function showing the contracts in effect and how long it took to negotiate them. It also provides metrics for company leadership to see and value the progress of the legal team.

Berry may also hold the distinction of being the only in-house counsel to have written a dating and dining blog for her local newspaper, the Dallas Observer, from 2010 to 2011.

In fact, the Albuquerque native earned her bachelor’s degrees in English and Spanish from the University of Michigan while also studying abroad in Seville, Spain.

However, Berry, whose father emigrated from India, says she wanted to become an immigration lawyer. But after earning her J.D. from the University of Wisconsin Law School, she found jobs in the practice were hard to come by.

In 2003, she joined the firm of Bracewell & Giuliani LLP in the Metroplex area as an associate attorney practicing in bankruptcy and real estate. Berry’s first in-house role was as a senior attorney with Hostess Brands Inc. from 2009 to 2011. 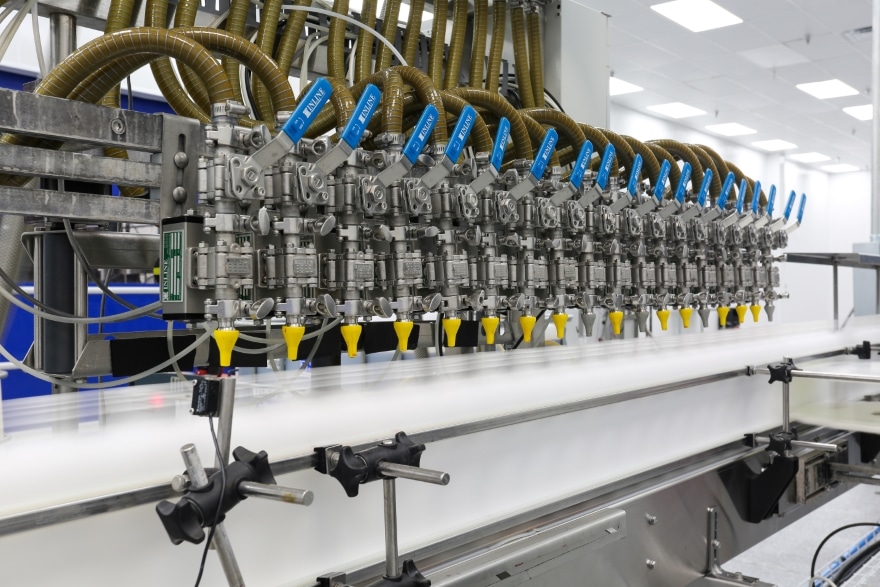 Berry then joined precious metal refiners Elemental LLC as assistant general counsel. Her work there drew notice as she was named a finalist for best deputy general counsel for a small legal department in North Texas in 2013 and 2014 by the Dallas-Fort Worth chapter of the Association of Corporate Counsel and D CEO Magazine.

Before joining INW, Berry was also general counsel at ExamSoft and more recently, vice present of corporate contracts for legal at Ryan LLC, a global tax services and software provider.

“I enjoy coming in and helping a company grow its legal department, whether it’s me alone or bringing on others in the future,” Berry says. “I also like being a member of the executive leadership team and an integral part of strategy for a company. It’s a gratifying part of my job.” 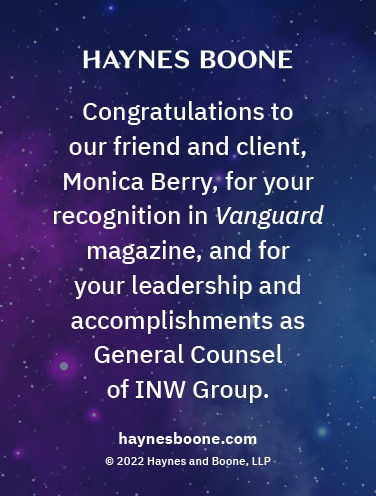