A model for industry competition and cooperation

Medical device manufacturers beset by an array of unanticipated issues in the face of an unprecedented pandemic might benefit from virtual get-togethers.

Such was the point raised earlier this year by the legal team at Integra LifeSciences, a leading global manufacturer of medical technologies and solutions. Companies could find middle ground between competition and cooperation, while sharing insights and best practices. 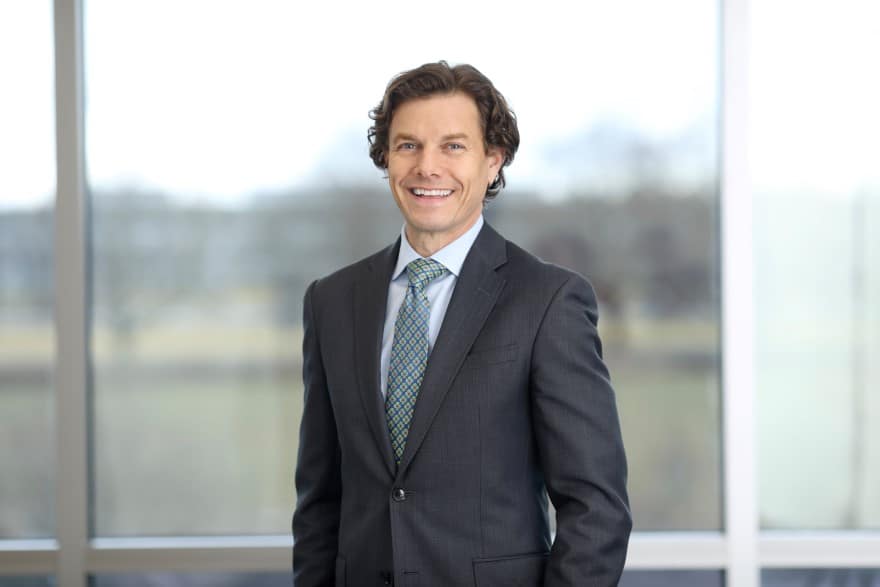 The logical sounding board was the Advanced Medical Technology Association (AdvaMed), whose board members include Integra President and CEO Peter Arduini. Integra’s legal team pitched the idea to AdvaMed leadership, who acted quickly to set up regular calls for member companies. The concept was embraced by AdvaMed’s membership, and well-attended forums ensued with ideas freely swapped and brainstorming encouraged as COVID-19 concerns continued to multiply.

How can a med device company access the Coronavirus Aid, Relief and Economic Security Act? Which workers are deemed essential for operations? What precautions should sales representatives take when visiting a hospital or clinic? Which risks does a company assume in return-to-work orders? Where can personal protective equipment be accessed? What should everyone prepare for should the virus mutate and strike again, which so many experts grimly foresee? 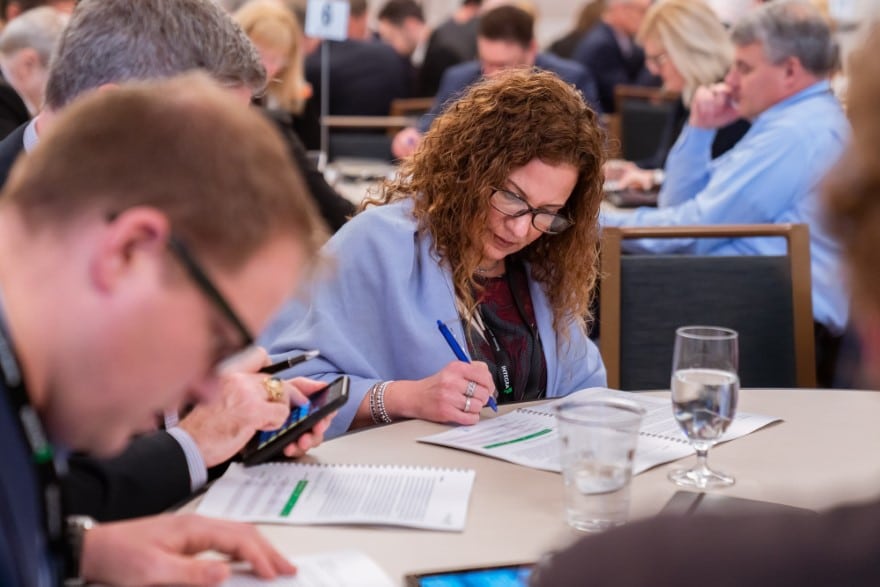 The AdvaMed sessions, initially dominated by in-house lawyers, have since attracted the participation of other med device executives. Jami Segota, an Integra deputy general counsel who’s been involved from the March get-go, lauds the selfless nature of the interaction.

“Everyone leaves their competitive nature at the door,” says Segota. “What’s really impressed me is the level of sharing we engage in during these calls. It’s not about getting an edge on the other company. It’s about all of us in this as a community.”

Segota’s boss, Eric Ian Schwartz, nods in approval as he and the five lawyers who report directly to him join a Microsoft Teams call with Vanguard in June. Chief legal officer, as well as executive vice president and secretary since November 2018, Schwartz has responsibility for the legal, compliance and corporate regulatory teams at Integra. He volunteers that Segota is the direct report he hired personally; the others were inherited.

All are worthy holdovers, Schwartz adds, saying he couldn’t have done a better job rounding out his team. They have been at the forefront of the industry’s response to the pandemic, and Schwartz believes a stronger Integra and a safer healthcare environment have followed.

“The pace of change over the past several months has been breathtaking,” Schwartz observes. “If you had told me back in February that by the end of March our corporate headquarters in Princeton, New Jersey, would be empty; the vast majority of Integra employees around the globe would be working from home; we would be conducting all of our meetings through videoconferencing—and all of this would happen without a perceptible loss in productivity—I would have had you committed.”

The Integra legal team has embraced the change under Schwartz’s leadership. “My role? It’s removing roadblocks,” the intense but congenial Schwartz says from his office in Princeton during a June interview—only the second time he’s been on-site since mid-March. “I’m here to empower them to get things done and move our business forward. Part of that is coaching, part of it is running interference with my colleagues on the executive team, and a lot of the job is listening. At the end of the day, I’m overhead—not a lot would happen without the efforts of our 30 colleagues in the law department.”

Hospital facilities now have better guidelines for meetings and other interactions with medical device sales representatives, thanks in no small part to the efforts of Paul Sheridan, Integra’s general counsel for the United States. Sheridan served as a key contributor to a guidance document issued in May by several healthcare associations to provide a roadmap for safely resuming elective surgery. 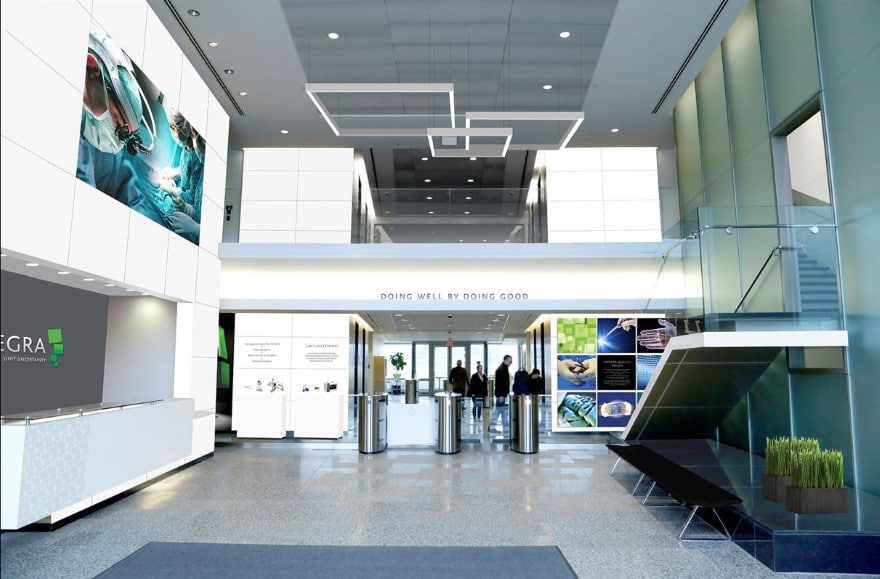 The guidance calls for hospitals to be the primary providers of personal protective equipment to control for potential contamination and to ensure PPE is prioritized to healthcare providers. Medical device companies are permitted to be the backup providers of PPE where crisis capacity situations exist.

The guidance also recommends against COVID-19 diagnostic testing of asymptomatic medical device representatives, consistent with CDC and other clinical guidelines, so resources can be prioritized for patients and healthcare workers. The same social distancing and safety procedures followed by hospital staff, patients and visitors should apply to medical device representatives, the guidance emphasizes, and access policies will fluctuate depending on COVID-19 activity within the community.

“From the beginning, we’ve had an impact,” says Sheridan, who continues to monitor evolving rules and regulations from the CDC, OSHA and other organizations involved in preventing the spread of COVID-19 and protecting workers.

Meanwhile, David Sirolly has had his hands full as general counsel of corporate affairs and chief compliance officer. The pandemic presented novel issues for securities disclosures, healthcare compliance and corporate governance, all of which are within Sirolly’s purview. As luck would have it, the annual shareholders meeting, which is traditionally conducted in person, was held in May—“the height of restrictive movements”—but with the help of IT resources and as a result of foresight on the team’s part (they had been investigating platforms for a potential virtual meeting even before the pandemic), the event went smoothly via the virtual route. 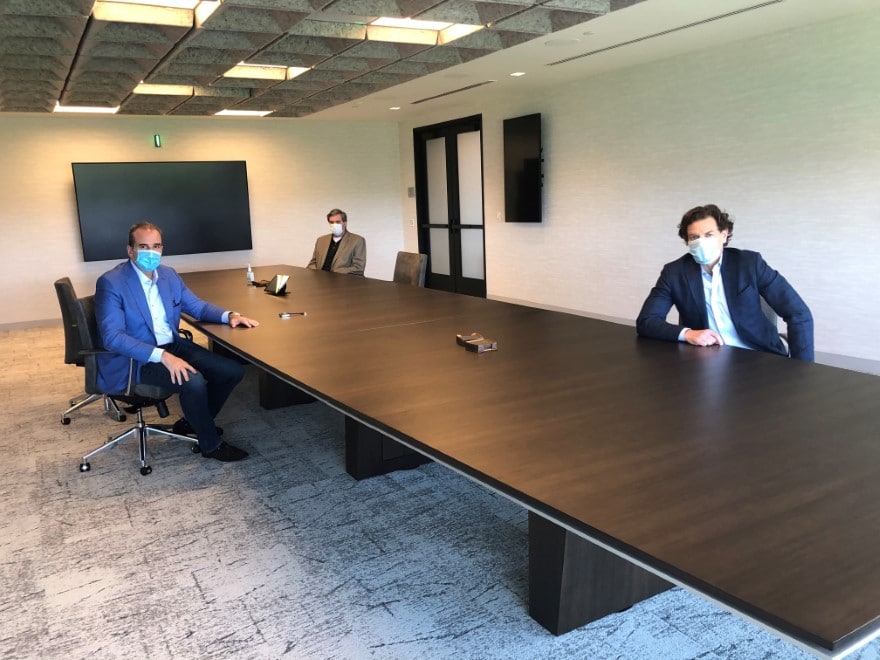 “As we’re smaller than many of the companies we compete against, we pride ourselves on agility,” he says. “Exercising that muscle in normal times prepared us for quick shifts.”

That agility also seems to be in the DNA of Patricia Dansbury, a deputy general counsel who, among her other responsibilities, oversees legal support for operations and supply chain. She has put in long hours during the COVID-19 crisis, addressing possible disruptions to the supply chain—a constant concern for a company whose products run the gamut from burn and wound reconstruction, dual access and repair, and neurosurgery, among others.

“Pat’s clients rely on her wisdom and pragmatism,” says Schwartz. “Like a lot of companies, we’ve had to reduce costs during this crisis. Many agreements with suppliers had to be reviewed and/or renegotiated. But we’re progressing to business as usual.”

A member of the team particularly sensitive to COVID-19’s consequences has been Yulan Li, who studied chemistry in her native China before earning a master’s degree in the subject, and then her law degree in the United States. 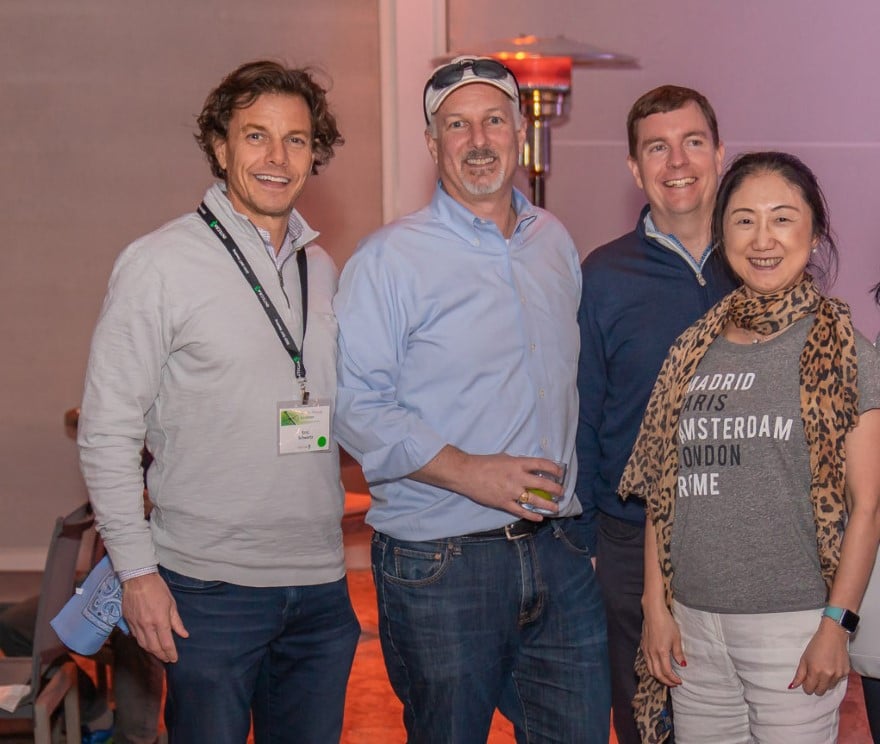 “I saw the impact in China as well as a ‘this won’t impact the U.S. mentality,’” says Li, general counsel for Integra’s international operations.

Though Integra’s products aren’t COVID-19-related, matters can get convoluted under the Chinese regulatory system, Li explains, and goods manufactured there face export complications at the border. Advice garnered from those AdvaMed sessions proved helpful. Soon after the COVID-19 situation was alleviated in China, Italy became the next hotbed. It took some doing by Li and her team members in China and Italy to maneuver the unprecedented COVID-19 landscape.

At home in life sciences

Integra CEO Arduini often refers to Benjamin Franklin’s famous line about “doing well by doing good,” and Schwartz thrives on the mission which provides inspiration during a time in which each day seems to bring another challenge. Schwartz says he takes comfort in a team that’s equal to the tasks at hand. Though the leader of the group, he often finds himself following the lead of his experienced direct reports—some of whom have been with Integra for a decade or more. “The depth of their institutional knowledge is a valuable resource for the entire company,” Schwartz notes.

Not that Schwartz is new to life sciences. A University of Virginia college and law grad with an MBA from the University of Pennsylvania, he’s held in-house positions with four such companies after an early role with Bay Area technology startup Digital Island.

Integra has been his most exciting stop yet, Schwartz assures.

“In this industry, we’re a small player,” he explains, noting that Integra’s $1.5 billion in annual revenue might be a rounding error for such heavy-hitters as Johnson & Johnson, and Medtronic. “But we’ve been ahead of the curve in many areas: developing life-saving innovation, using M&A as a strategic advantage, focusing on growth in international markets like China, and now our response to the unprecedented challenges of a global COVID-19 pandemic.”

And the excitement isn’t likely to diminish anytime soon, reminds one of his trusted five.

“There’ll be issues for all of us even after the crisis passes,” says Segota. “The pandemic has changed our business and our industry forever—business as usual is a thing of the past.” 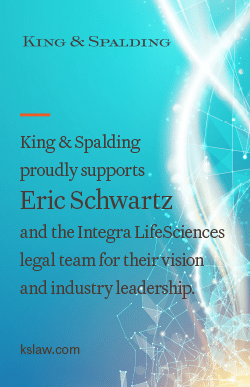 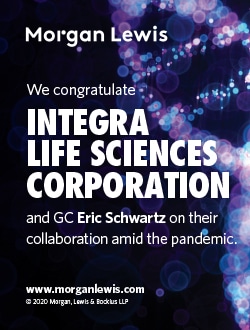 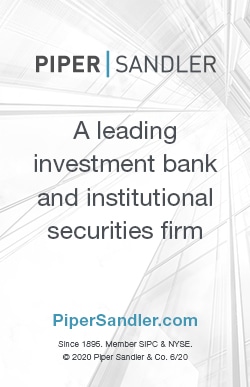 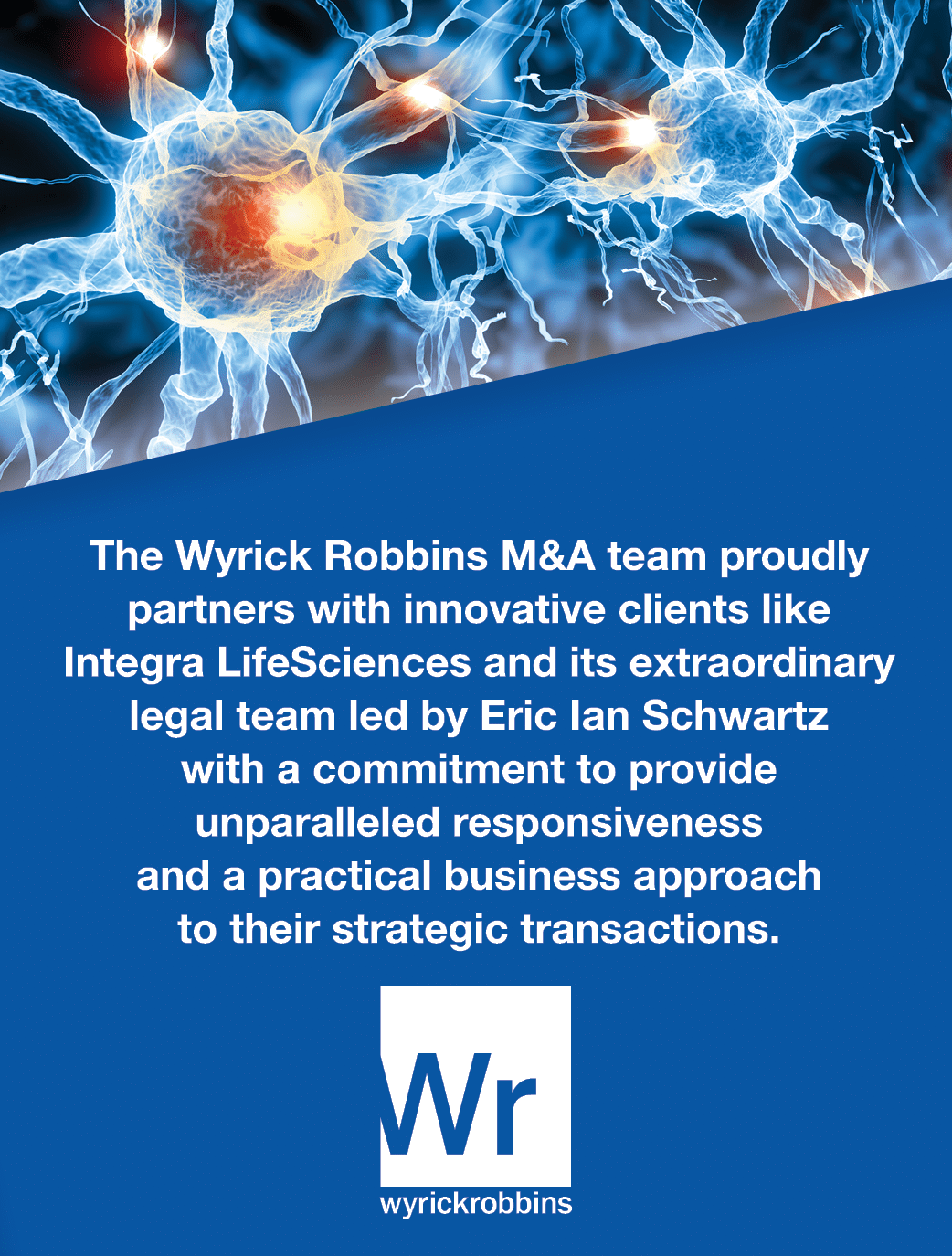