He came, he saw, he conquered

Mauro Del Noce isn’t the first—or even the most famous—Roman to come to Great Britain (that nod goes to Julius Caesar), but that isn’t stopping him from laying down his own brand of law.

As general counsel for the European arm of Chinese global medical device manufacturer Mindray, Del Noce is helping establish the company’s new legal and compliance framework from his office in Cambridge. And nothing—be it a language barrier, a cultural difference or the latest coronavirus—will deter him from helping the company grow. 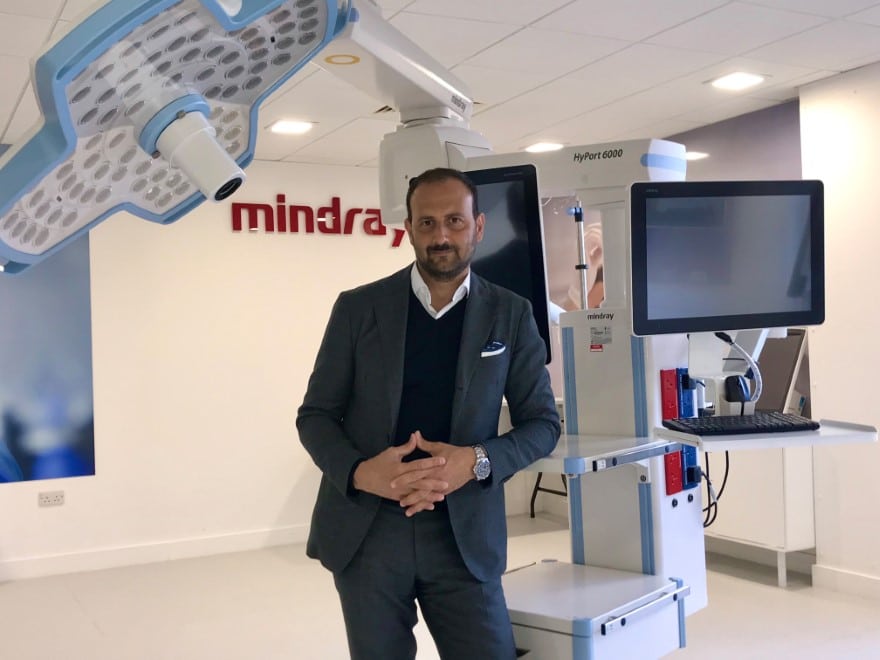 In fact, the mission of Mindray—which manufactures Patient Monitoring Life Support, Ultrasound and In-Vitro diagnostic devices—is to make healthcare more accessible and affordable. To that end, the company has recently announced a huge donation of medical devices to help combat the COVID-19 pandemic.

“After one year here I can honestly say I trust the company I work for and believe in its mission, which is genuine in its desire to help people,” Del Noce says.

Founded in 1991 and based in Shenzhen—China’s version of Silicon Valley—Mindray has a presence in 40 countries with eight European offices and around 10,000 employees globally. Now it’s looking to make waves in emerging markets through its array of human and animal medical devices: Patient Monitoring Life Support devices (PMLS),  Ultrasound and In-Vitro diagnostics.

According to Del Noce, it’s one of the biggest companies listed on China’s tech-heavy stock exchange. In addition, in late 2018 the Boston Consulting Group released its BCG Global Challengers 100 List and Mindray was the only medical devices maker highlighted, among 100 companies from emerging markets.

“The expectation is that the company will almost double in size in the coming years,” he says.

That was one of the reasons why Mindray hired Del Noce in 2019 to be its first general counsel in Europe and build out its bare-bones legal service model in the region. From the get-go, Del Noce was tasked by Jason Li, head of Mindray’s international law department in Shenzhen, with raising awareness to European’s expansive compliance laws, while developing a framework to support sustainable business growth. He was also chosen to foster a culture of workplace compliance, develop protocols and policies;,and train the organization to ensure  operational integrity.

Getting started on the journey

Del Noce had spent the previous 12 years as a member of the Whirlpool lawdepartment and the last five as legal boss of its U.K. and Ireland markets. After managing a major acquisition and an unprecedented product safety campaign—all while helping oversee 2,000 employees and operations at one manufacturing facility—he returned to Italy for six months to cover a Europe, Middle East and Africa role.

“Conceptually, I believe it was an investment for Mindray to take this important step to bring in its own general counsel—something it had outsourced to some extent in the past,” Del Noce says. “Mindray wanted to get the right things done. For me, I wanted to share all the experience I had gained from a compliance and legal perspective with them.” 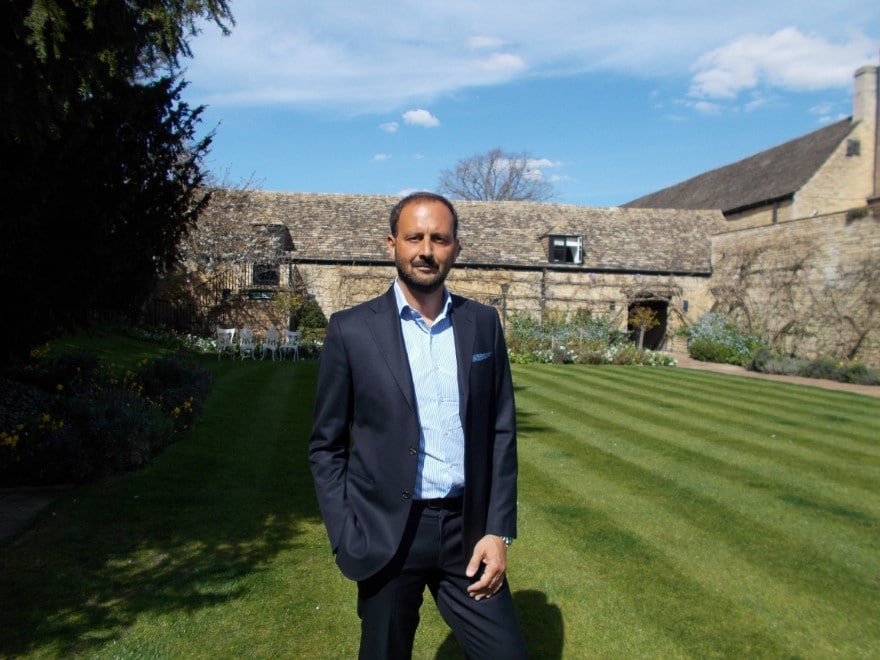 Qualified to practice law in both  the UK and Italy, Del Noce brought experience. He also had handled crises like the largest product recall ever in the white goods sector.

“Career wise it was a natural progression for me. The role I had at Whirlpool UK was similar to a general counsel role but more focused on assisting a single (large) market,” he says. “Here I was ready to step up and take on wider responsibilities for another company that was keen to strengthen its compliance culture.”

There were four steps to get the process started.

First, in cooperation with Mindray’s international legal department, Del Noce conducted a risk assessment of the whole organization in the European region to better understand the company’s exposure to issues like bribery and corruption. From there, he developed a long-term legal and compliance plan, which entailed creation of policies, documents, third-party due diligence checks, guidelines, controls and tools to help the organization meet legal requirements and industry practices while minimizing risks.

Next, he created a management system that monitors the implementation of the planned actions on a regular basis and is now in the process of delivering antibribery and corruption compliance trainings across all EU countries.

“Delivering training and new procedures to all involved is a fundamental part of Mindray compliance management system and part of management’s commitment to take a zero-tolerance approach when it comes to bribery and corruption risks,and set the right tone and culture from the top,” Del Noce says. “Mindray HQ International Legal department has been building a system from the ground up with integrity.”

As part of the compliance management system, another essential project was developing a comprehensive contract governance to cover contract creation, negotiation and execution. That involves areas such as medical consultancy service, clinical trial agreements, sponsorship contracts, distribution, commercial agency agreements, terms and conditions of sales—all of which Mindray may have to use in its daily business.

“We are expected to have relationships with healthcare professionals and organizations, and we needed to have the right contractual arrangements at the ready to be up to speed with the industry practice,” he says.

On the road, away from Rome

It started off in a typical fashion with a law degree from the  Sapienza University of Rome in 2001, and later at the Professional Lawyers School in 2003—but that’s where the script ended.

As Del Noce explains, Europe is quite complex, with many different languages and varying standards for who can practice law—and how. As such, it’s rare for a lawyer to move from their home country to take on legal position in another.

But that’s exactly what he did. He describes himself as one who relishes a challenge (which was why law fascinated him); one who pushes himself and is forever intrigued with other cultures.

“I think I’ve always sought a different experience, trying not to stay in a comfort zone for too long,” Del Noce says. “I was also drawn to the cultural element of these transitions; it was quite a departure to work for a structured USA major company to a Chinese global company where I was given free rein.”

Del Noce’s recent trips to China have proved eye-opening. He relished the  long, face-to-face meetings with his Chinese colleagues which ranged from how to shape a long-term departmental plan to protect the business and accelerate its European growth .

While some may panic with the coronavirus, Del Noce says he feels he and the company can be an agent of change.

“It makes me proud to work for a company whose mission is making healthcare more accessible and affordable,” Del Noce says. “Particularly these days where we are all doing our best to fight against the coronavirus outbreak.” 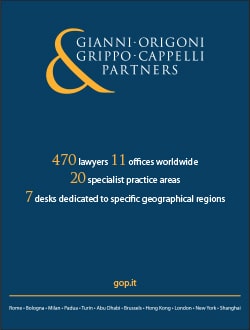