Not just a cosmetic approach

Some might cautiously get their feet wet after assuming one of the prime positions at a multinational company in an industry in which they’re not that familiar. Others opt for full immersion to bump up their learning.

Florencia Garza seems to fit that latter category, and at her new place of employment—the Latin American division of Swedish-owned cosmetics company Oriflame—it should keep her in good standing. 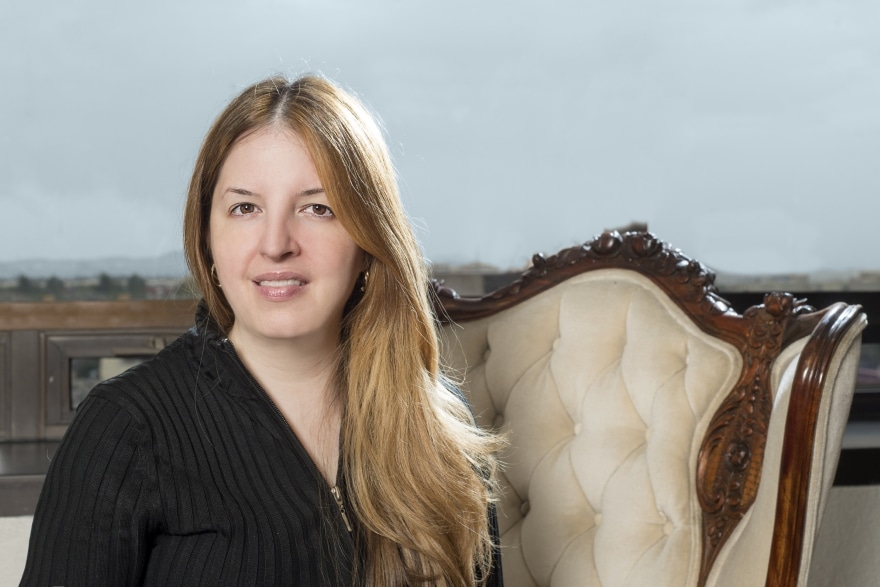 For this is a company where no one stands still for long, Oriflame launching a new marketing campaign every 21 days. That can present plenty of challenge for staffers at Mexico City’s regional headquarters, including Garza, who came aboard in February as the regional general counsel who oversees Oriflame’s legal interests in Latin America.

“What have the past few months been like? Rewarding, challenging and exciting,” Garza tells Vanguard in June while on her first trip to Oriflame’s Chilean operation, having been in Colombia already with Ecuador and Peru to follow. “It’s a very different line of business for me, but I love challenges and being able to provide solutions for a business.”

She should have ample opportunity to do so at Oriflame, a company Garza lauds for entrusting women with prominent positions.

It’s among the global heavyweights in the beauty products industry, Oriflame maintaining a presence in more than 60 countries and intent on garnering a bigger piece of the valuable Latin American market. Its business model includes direct sales as well as the multi-level marketing method that empowers independent distributors to sell its products and start their own businesses.

Both methods present legal concerns that Garza must address according to the rules and regulations of the different countries in the region. 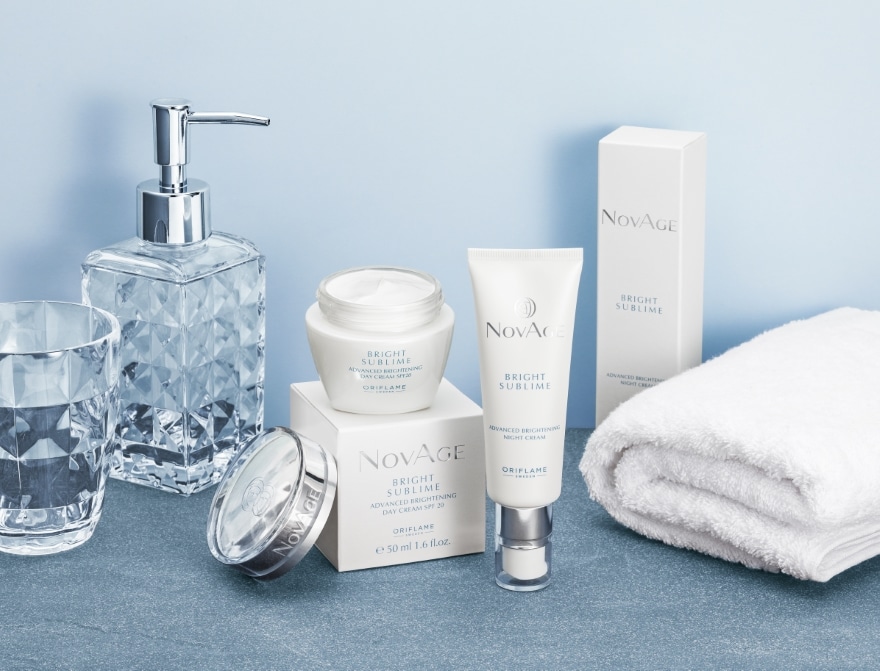 “There may be nuances but the base of their legal systems is the same,” Garza says, explaining that Latin American countries follow the civil law system, which emphasizes codified core principles rather than precedential case law.

“I can navigate fairly easily, as I’ve done work for a lot of different countries around the world, but it’s always valuable to visit the other countries and gain more insight.”

Her legal team limited, there’s need for outside counsel, with the Mexico City-headquartered boutique Mowat, Rechtlich & Gentani regularly relied upon for expertise in labor law, litigation and employee negotiations jurisdiction.

“A very good blend of services,” Garza says of this strategic partnership. “We try to have a flat in-house operation, so we need Mowat’s services in a lot of critical areas.”

There’s new legislation arising in all countries that will necessitate rigid compliance for Garza’s team. Anti-money laundering measures, labor law and stronger privacy protection are at or near the top of everyone’s list. Oriflame also has launched a process in which no purchase or service will be consummated if legal parameters are not met, which Garza says will take some getting used to but will be vindicated in the long run.

There’s also being a transition of political power throughout the region, including in Mexico, putting the onus on Garza to either anticipate changes or adopt a wait-and-see approach, or both. 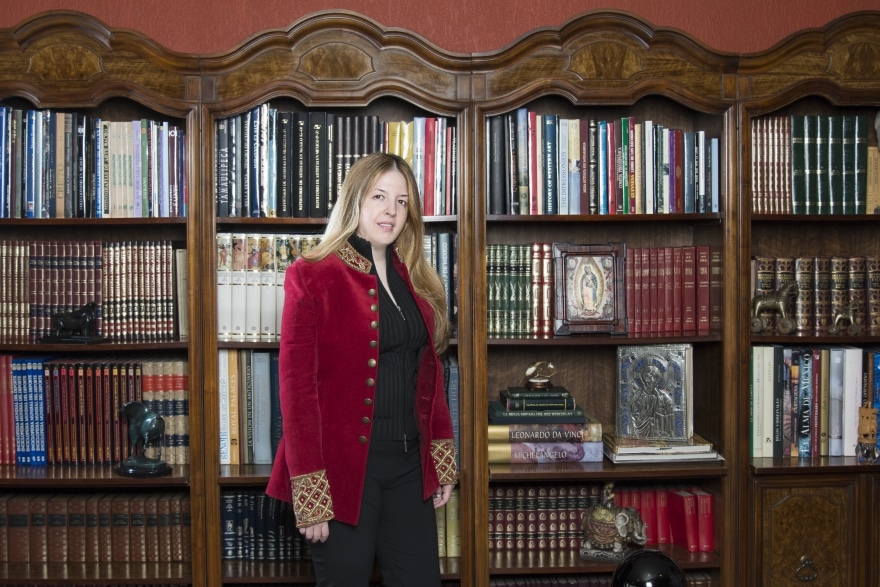 There’s also weighing in on the business side and being full partner to the other departments—responsibilities Garza relishes.

“At the law firms you don’t see the full results of your work,” she says. “Here you see a project from beginning to end, and this being a very dynamic and flexible company, it’s always exciting. There’s a new challenge every day, and an opportunity to make a difference. Working in-house, you need both gloves to give sound legal advice while accomplishing the business objectives.”

And that had a lot to do with Garza opting for a legal career while studying at Instituto Tecnológico y de Estudios Superiores de Monterrey and taking advantage from the international opportunities—Europe, Asia and Australia—to study abroad during such time. She’d earn a law degree there in 2002 and a few years later enhanced her credentials with a Master’s in law and business from Northwestern University. She still considers Chicago to be her home away from her official home in Mexico City, though Garza never feels out of place anywhere, and for that she can thank her late father, a financial planner, and her philanthropist mother.

“I was an only child and my parents wanted me to be independent,” Garza says, adding that she attended boarding school in Switzerland and never got very homesick. “I’ve been everywhere—Europe, Australia, Asia, the U.S.—and I’m very adaptable. I’m for anything that enables me to grow personally or professionally.”

She’s also for lending a hand to the less fortunate. Garza is the secretary of the board of the UNAC Foundation—Unidos por el Arte contra el Cancer Infantil, A.C.—an organization that researches and strives to prevent childhood leukemia, the leading cause of death among Mexico’s youngsters. She is also the secretary of the board of Fundación Muró, A.C., a foundation dedicated to raise funds for other foundations.

“Social work is just as important as professional work,” she says. “A key part of life is being able to give back.”

Being a successful professional certainly positions one better to aid others, and Garza has done a lot at the still young age of her late 30s.

In between the ITESM and Northwestern, Garza served as international legal corporate counsel to construction materials giant CEMEX, participating in commercial transactions worldwide. After Northwestern, she’d stay in Chicago for another three years as foreign associate at the worldwide headquarters of Mayer Brown. She’d return to Mexico for long stretches at Nestle and the baking company Grupo Bimbo, before taking her experience to Oriflame.

“Early on I fell in love with working for companies,” she says. “The legal department makes a difference, generates added value and has a positive impact. If I’m able to do that, I’m a success.” 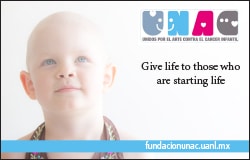 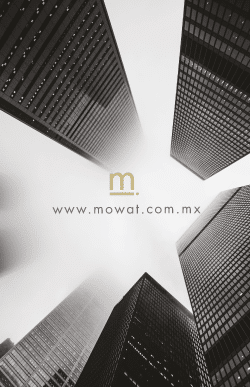