It’s a trend he hopes continues in Latin America, both from a social and business perspective. Long known as a region beset by poverty, there’s a middle class growing slowly in many of the countries and with it the need for quality, middle-income multifamily housing in urban environments.

And that’s where Gaston Tarabal’s employer is poised to continue making a difference, with a lot of help from this young, passionate and worldly man who became the first general counsel of Peninsula Investments Group in early 2018 after acquitting himself well in other legal, business and real estate ventures throughout the Americas. 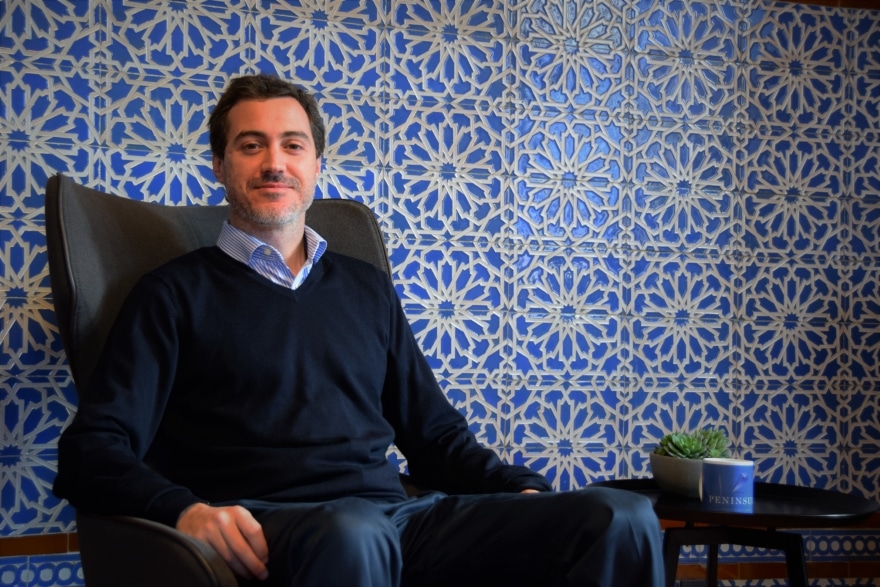 “What’s the past year and a half been like? Hectic, exciting, challenging,” the 34-year-old Tarabal tells Vanguard this past May from Peninsula’s office in Montevideo, Uruguay, one of seven offices Peninsula has in Latin America and Miami. “There’s been a mix of things I’ve had to do at once, such as building the legal department, structuring and restructuring deals and ensuring compliance, but with everything falling into place, it’s also been very satisfying.”

Among the most satisfying projects of late has been the asset management firm signing off on a mixed-use project in downtown Mexico City, which could revitalize the area and solve commute issues to mid-income families.

Partnered with a local developer, Peninsula anticipates four blocks being refashioned into a progressive and vibrant urban model that should make this part of the city especially desirable to working families.

Plans call for middle-income housing for sale and rent, offices and a hotel, much of it above a commercial space and within walking distance or public transit to major employers and schools. Other amenities will include facilities for shopping, entertainment, cultural pursuits and recreation for adults and children alike.

“We try to positively impact the social and business sides of our projects,” Tarabal says. “We’re not just about building apartments and mixed-use facilities. We are committed to getting the best return possible to our investors, but while improving the residential market in Latin America.” 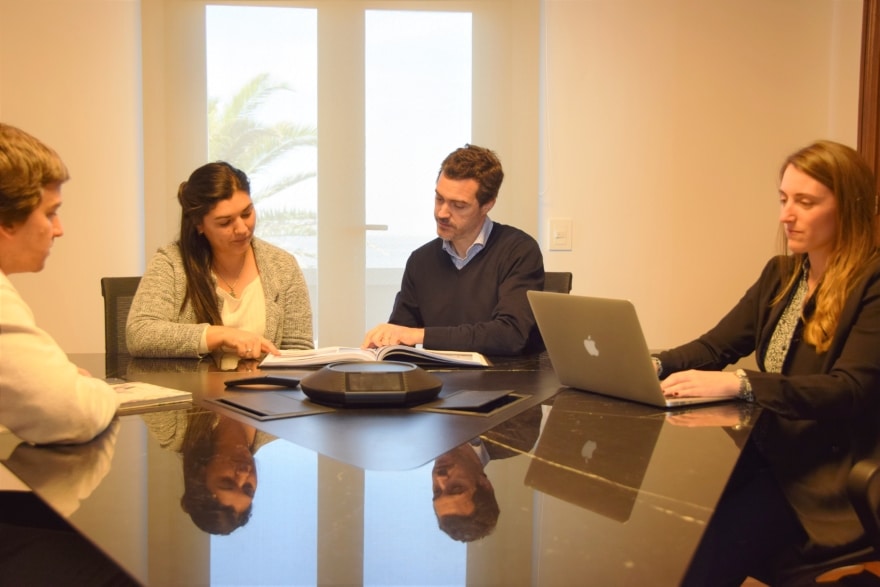 Such has been Peninsula’s approach in many locales since the firm’s MIT-trained founding partners first posited the need for middle-income multi-family housing in Latin America.

Accurately foreseeing a growing economy and a migration to the cities, they’d launch their first fund, a U.S. $12 million effort in 2006 committing to 1,700 residential units in partnership with developers in Brazil, Mexico, Argentina, Chile and Uruguay.

Encouraged by the results, they’d follow through with a U.S. $61 million launch in 2010, this time geared to 22 projects with 4,400 residences in Mexico, Uruguay, Peru, Colombia, Panama and Brazil. A third fund, this one of U.S. $184 million, closed in 2014 and included 35 projects and over 6,000 residences, and yet another was launched last year targeting U.S. $250 million in commitments that include a generous mix of U.S. public pension funds and other U.S. institutional investors.

So, as the old line goes, suddenly there was real money involved—and the need for in-house legal to tend to myriad matters such as compliance with the rules and regulations in the many countries where Peninsula was active. A Montevideo native working as an international associate for the Projects, Energy and Infrastructure Group at the Allen & Overy’s Washington, D.C., office, Tarabal was recommended for the role.

He’d carry out his initial responsibilities while remaining in Washington, Peninsula’s projects including student and senior housing in the Southeast United States though most of the firm’s investments were in Latin America. Tarabal almost moved to the company’s Miami satellite, but when his wife, a real estate lawyer in Montevideo who formerly worked at the International Development Bank, gave birth to their daughter last year, that brought him back home, which keeps him closer to the action.

“My job wouldn’t be possible without her,” Tarabal says, noting the sacrifices she makes because of his long hours and constant travel. Her past and present positions, however, make it easier for her to understand what he’s up against. 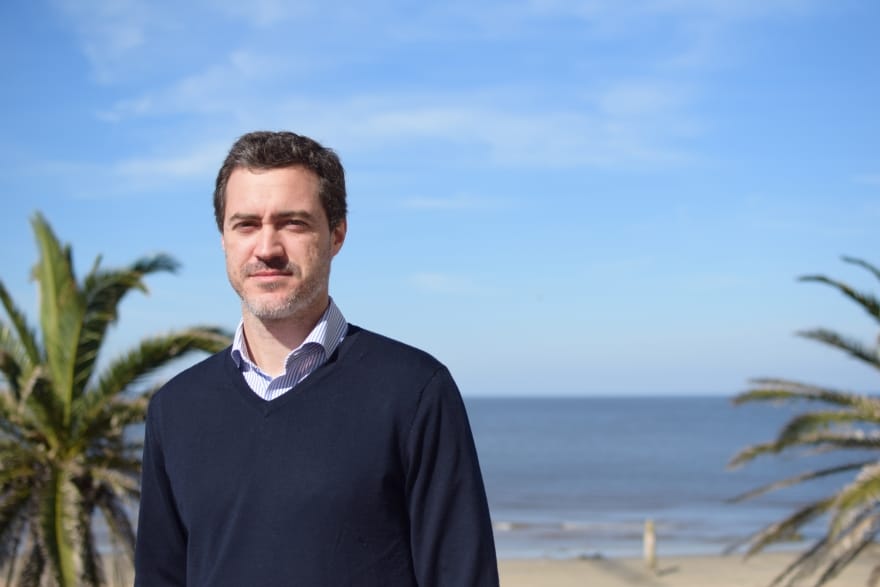 And a lot of action there is in Uruguay’s capital, as well as the rest of the Southern Hemisphere. It’s in Montevideo where Peninsula’s projects include Altos Del Libertador, the redevelopment of a textile factory into 377 condos that represents the country’s first public-private partnership, the firm having joined forces with the National Housing Agency.

In another part of town there’s Nostrum Prado, 70 apartments and 35 garages, with such amenities as private barbecues and proximity to schools. A federal program that provides tax exemptions for residential construction of social interest aided this project. Peninsula’s other Montevideo projects include the 121-unit Nostrum Parque—also the beneficiary of tax breaks—and the 35-unit Nostrum Avenida.

“The issues you face in the United States aren’t what you’ll encounter in some Latin American countries,” Tarabal says, deeming “mere noise” what many Americans see as their own political system gone toxic. “U.S. law still makes it easy to transfer real estate titles, but in Peru—and other places—other risks come into play.”

Such as regulatory and political risks, and the legal uncertainties that may necessitate a legal-business-technological team approach in the neighborhoods and municipalities of some Latin American countries

Tarabal will find a way to deal with these issues, for there’s really no other option in Peninsula’s economic model. The migration to Latin America’s cities is only likely to intensify, he says, explaining that multinationals continue to place their manufacturing in developing nations and, by some estimates, there’ll be a 60-percent shortage of middle-income housing in the urban areas come mid-century.

And he’s long had this passion for applying his legal and business credentials on an international stage, his role model being his father, Alvaro Tarabal, a partner of one of Latin America’s blue-chip firms, Guyer & Regules.

The younger Tarabal has carved his own identity since earning his law degree from Universidad Católica del Uruguay and enhancing it with an interchange at the University of North Carolina and an LLM from Columbia University.

All the better, he says, that he can mix his skills with the greater social mission of aiding a growing middle class. 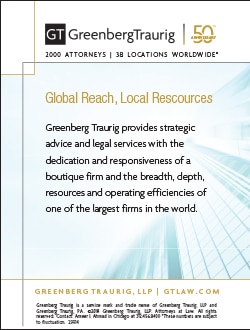 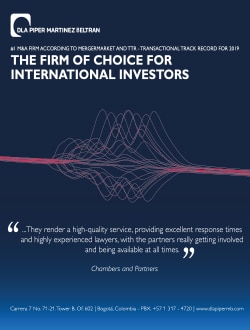